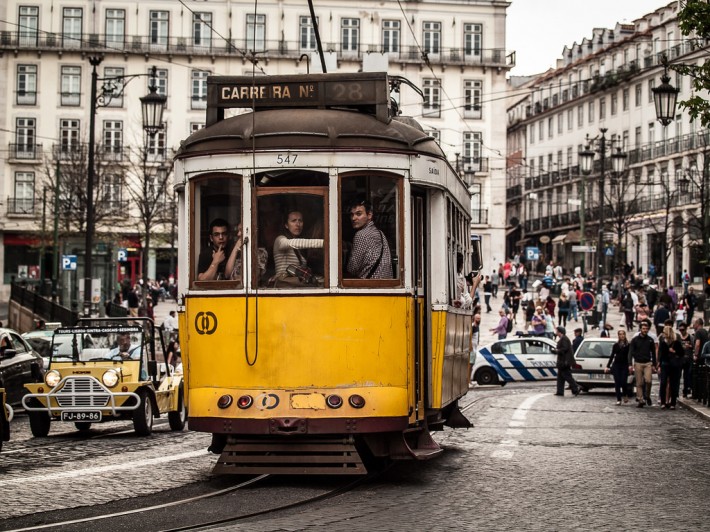 How to Get Inside Tram 28 in Lisbon

There are only a few earthly things that can be seen from outer space. The Great Wall of China is a well known example, as are the man-made islands of Palm Jumeirah in Dubai, and the Pyramids of Giza in Egypt. When it comes to Portugal, the only thing that astronauts are bound to be able to check out from that far are the lines of tourists queuing up to hop on a ride abroad the famous Tram 28 in Lisbon. 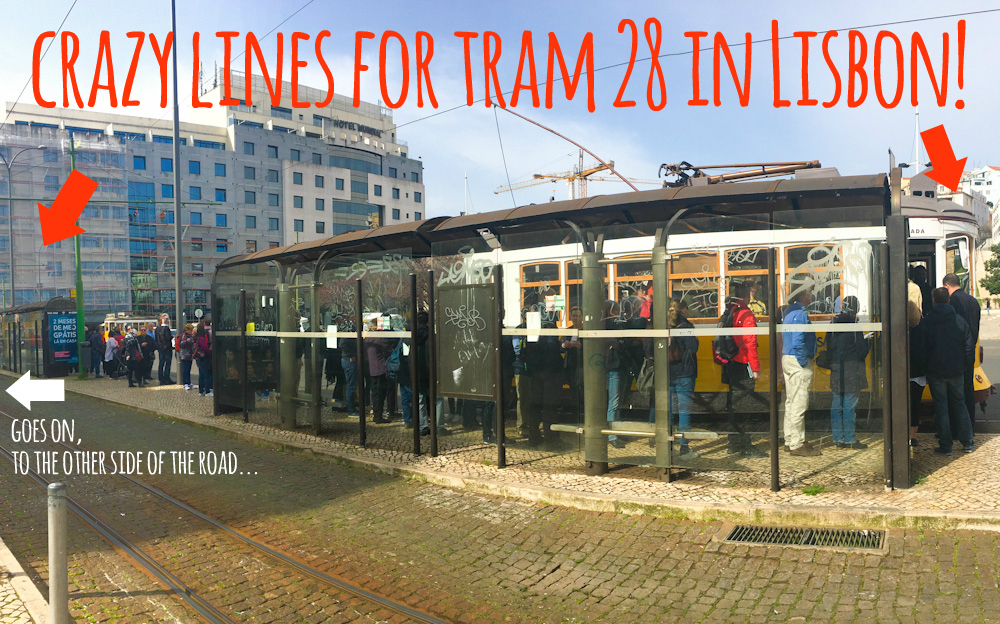 Never-ending line for Tram 28 in Lisbon

Locally known as “Elétrico 28″ this tram was, until the tourism boom in the Portuguese capital, a regular mode of transportation aiding locals on their daily commute. The particularity of this tram is that its route goes by some of the most iconic neighborhoods of Lisbon. Picture yourself inside a historic tram, woody on the inside, yellow bright on the outside. You are riding along some of the steepest cobblestoned streets of Lisbon’s old neighborhoods, seeing locals going about their routines, colorful buildings dotting the streets and general life go by, right outside your window. Sounds charming, right? It is! But that’s if you indeed manage to hop inside Tram 28 to begin with! Depending on the season, waiting time to ride Tram 28 may vary between half an hour and several hours. Generally there is always a queue and, during summer, it obviously gets way worse.

Tram 28 route can be done in either direction!

But we have found a way that will guarantee you manage to get a spot inside Tram 28!

You will not have to squeeze against other tourists, thus still enjoying the ride with the original pleasant and almost lazy pace that once defined this experience. Theoretically, Tram 28′s route starts in Martim Moniz Square (near Lisbon’s downtown area) and ends in Campo de Ourique. The lines in Martim Moniz almost scream that THIS is the spot where you should be at. But, why?! Our tip is to simply head straight to Campo de Ourique neighborhood and do the same route tram 28 always does, simply in the opposite direction as most tourists travel along. That simple! You will still pass Lisbon’s traditional neighborhoods of Graça, Alfama, Baixa and Estrela. And your chances of doing so while enjoying a seat are much higher than if you were to start the journey in Martim Moniz. 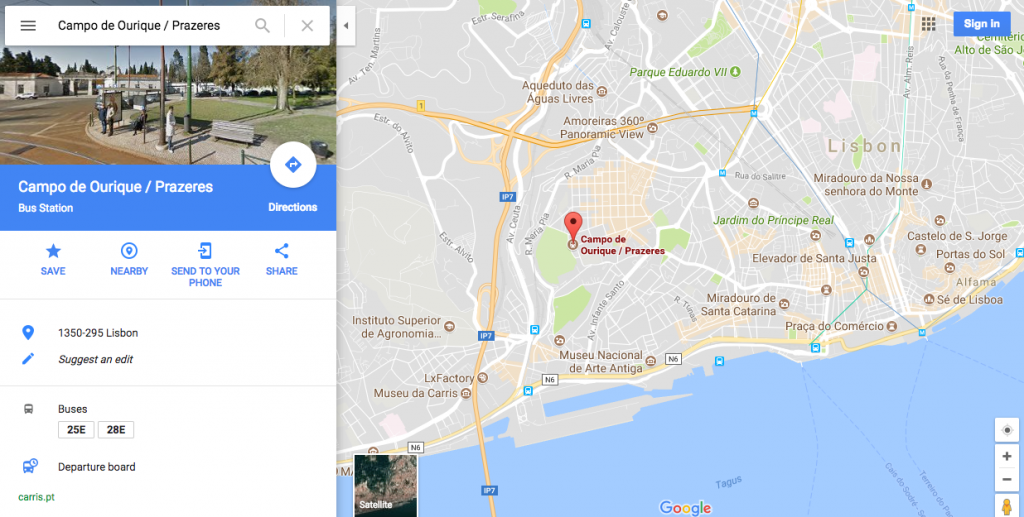 Getting to Campo de Ourique is no big deal either! You can get there on tram E25 from Martim Moniz itself, or bus 711 which departs from Praça do Comércio, right in Lisbon’s downtown area. In Campo de Ourique, I’d suggest you check out Mercado de Campo de Ourique (at Coelho da Rocha 104), to replenish your energies before the historic tram ride. While Time Out Market in Cais do Sodré is still a tourist favorite, this market offers a smaller selection, yet with a much more Portuguese ambience. Campo de Ourique’s market is less than five minutes walk from the stop of Tram 28 in Campo de Ourique (by Cemitério dos Prazeres), where you will board Tram 28 for the ride of a lifetime.

We promise: you will feel like laughing at the crazy line of tourists once you reach Martim Moniz on the last stop of your tram ride!