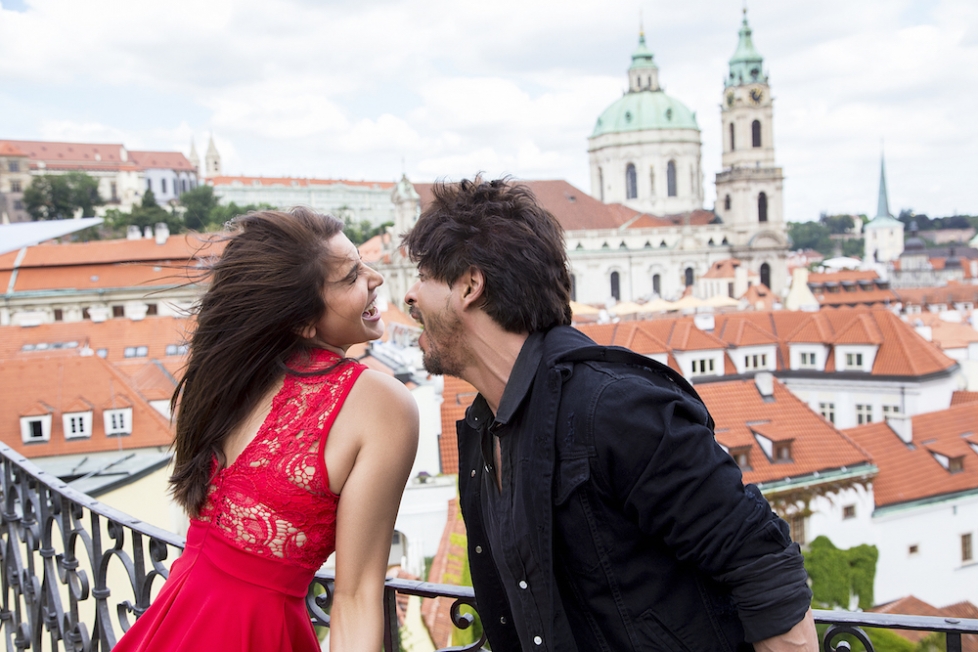 Weddings in India are a HUGE deal! Unlike many other parts of the world these days, it is a given that you will eventually get married when you are from India. It’s not compulsory to do so, of course, but family and society will make you feel that this is an integral part of life.

Even though some folks do date in India these days, specially in metro cities, dating culture is certainly not widespread around the country. Not only are your opportunities to mingle with the opposite sex (or whatever sex you are into) limited during your younger years, even if you do get to go out together, it’ll often be with certain restrictions.

Many times, the first trip Indian couples end up taking together is their own honeymoon. No wonder there are so many expectations and wish lists when the time finally arrives! Guys and girls will often have their own unique preferences when it comes to choosing a honeymoon destination, but Bollywood often plays an influential role when it comes to luring folks towards faraway destinations.

Expedia India has recently launched this tool, that helps couples browse the best honeymoon destinations around the world. The idea behind it is not only to suggest exciting places ideally explored hand in hand, but also to allow users to narrow the possibilities down based on the time of the year they’d be traveling and, even more importantly, their budget! To be honest, those brochures advertising super luxurious (read: super expensive!) resorts don’t apply to all of us, so having a tool that allows you to plan a trip with a more realistic goal in mind is more than welcome. On Expedia, apart from browsing the different destinations and learning more about useful info such as flight costs and local attractions, you can also see what popular Bollywood stars have also chosen to spend their honeymoon there. Maybe that’ll help you narrow things down?

The suggestions you’ll find are plenty in number and vast in character. You’ll see charming old world European cities, Asian destinations that stand-out for their incredible natural landscapes, “lay-down and do nothing by the sea” paradise islands and more!

If you’re not sure where to start and you’d rather let iconic Bollywood hits inspire you (hey, you wouldn’t be the the first to do that!), here are some examples of well-known movies that will make you want to take a romantic trip abroad (click CC on the trailers for English subtitles):

After the popularity of this flick, the number of Indian people traveling to Spain has exploded! Walk down Las Ramblas in Barcelona on a given day and, with a bit of luck, you may end up even coming across a familiar face from back home! Jokes aside, I am happy that this movie put Spain on the map for many Indians and finally inspired them to explore popular Spanish places like Catalonia and Costa Brava.

Bollywood’s audience seems to be fascinated with Europe – or, at least, the industry itself is! But the latest Bollywood travel movie dares to go beyond most of the usual locations and includes gems such as Lisbon and its surroundings! Of course I am going to be partial to my home country’s capital city, but movie plots aside, it truly is a wonderful city to spend some time exploring. After you see Shah Rukh Khan and Anushka Sharma shaking it Bollywood style in the old cobblestone streets of Lisbon, maybe you’d like to try that for yourself too?!

This may not be the best movie Bollywood has ever released, but that doesn’t mean it makes the destinations featured look bad at all! This wanderlust inspiring film was shot in some of the most recognizable cities in the world, which most travelers do wish to visit sooner or later.

Even though this is a movie about a girl who decided to go on her honeymoon anyway, after her marriage didn’t take place, this shouldn’t detract anyone from enjoying a romantic trip to these cities too. Queen starts her European adventure in Paris and eventually boards a train to Amsterdam, showing how attractive this city is away from its most common cliches!

English Vinglish features iconic Indian actress Sridevi, playing the role of a housewife who enrolls in English classes so that her family respects her more. Not only will this movie make you want to travel to The Big Apple, it will also give you plenty of food for thought regarding love and family relationships.

Let’s forget about the plot, and let’s focus on the locations here for a moment! If SRK and Kajol are usually enough to get you glued to the screen no matter what the film’s story is all about… now picture them exchanging intense looks with stunning Icelandic locations in the background!

If you think of Hindi films with scenes set in France, Paris would immediately come to mind. But, with Tamasha, the story transports us somewhere warmer, to the Mediterranean island of Corsica! After watching the characters played by Ranbir Kapoor and Deepika Padukone fall in love in Tamasha, you definitely get the idea that Corsica can be an ideal setting for a little romance…

This Indian comedy-drama shows us Turkey in all its glory! Shooting took place in Antalya, Cappadocia and, mostly, in Istanbul.  Watching this movie with your spouse may make you want to travel to Turkey, but as we get to follow the vacation of a couple who’s been together for 30 years, it will also make you wonder what may lay ahead of you sharing your life with your significant other for that long!

You can’t make a list of Bollywood movies that inspire travel and romance, and leave Dilwale Dulhania Le Jayenge out! This is classic Shah Rukh Khan and Kajol and everyone in India knows that these two together on a screen have the kind of chemistry that will make you forget that what you’re watching is actually fiction. The characters of this movie fall in love during a train trip across Europe, while making the viewers fall in love for the locations shown on screen too!

What other Bollywood movies do you
think inspire travel and romance?