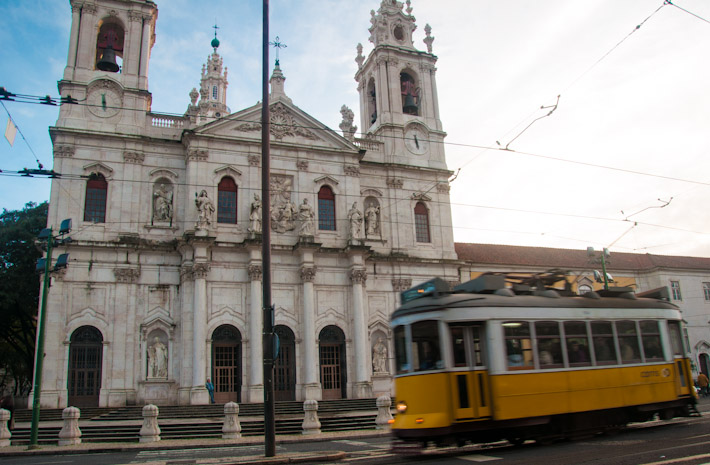 In a city with so many historical trams, one wonders why Tram 28 (locally known as eléctrico 28) is so famous in the Portuguese capital. It’s not about the tram in itself (they all look pretty much alike) – it’s all about the voyage that it invites you on…

Taking a ride in this tram is like taking a trip through history, navigating between the city’s past and present. It’s used as a method of transportation by locals, but it has also become a touristic attraction on its own, because of the great overview of the city that it offers.

Abroad Tram 28 you get to go up and down quaint streets in some of the most typical of Lisbon’s neighborhoods, such as Alfama. You pass by monuments, landmarks, view points and get to witness scenes from local daily life.

Whenever you are in Lisbon, hop on Tram 28. This is the most complete intro to the city you could ever hope for, and it’s only €1.25!