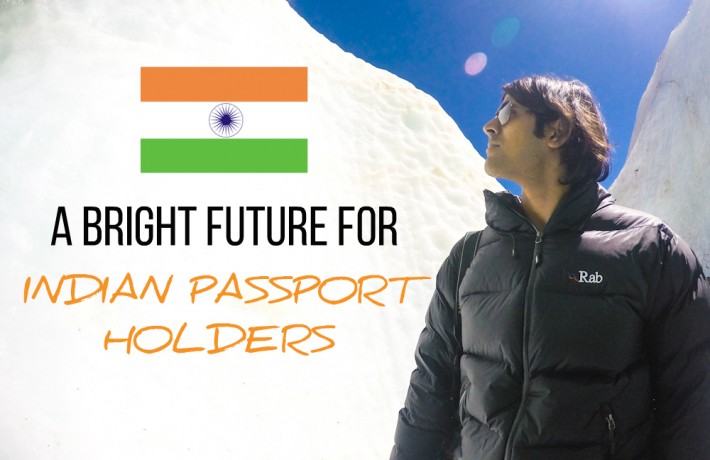 After traveling for 5 years straight on an Indian passport, one does get sick of applying for visas. The stress associated with applying for a visa, submitting copious amounts of documentation, booking flights and hotels upfront, and not knowing if you’ll get your visa on time takes away quite a bit of the fun when it comes to international travel.

Although Indian passport holders can avail of visa exemptions and visa on arrival facilities in several countries, the list is quite small when compared to the average OECD country passport. Traveling in Colombia with an Indian Passport

India is a country that has a lot of people looking for better economic opportunities. It’s no surprise then that people will try and find better opportunities outside their borders too. Also, no one should blame them, we all want a better life for ourselves and our loved ones. But, the unintended side effect of this is that it becomes very hard for Indians to get visa free access to most countries. By default, as an Indian citizen, I’m at a higher risk of being an illegal immigrant. It’s not personal, it’s just statistics.

However, with India’s growing economic power and affluent Indians wanting to travel abroad, countries need to come up with solutions to bag all those tourism rupees. To this, a lot of nations have responded with an innovative twist to their visa policies. Indians who have visas issued by the United States (ordinarily 10 year visas) get visa free access to a much larger number of countries. For example, if you have a US visa, you can travel to Turkey, Georgia, Mexico, Taiwan, Colombia, etc. without needing to apply for a visa.

It makes sense! If you are a legitimate Indian traveler and haven’t illegally moved to the US when you had the chance, why would you move to Colombia, or Mexico, or Turkey? I could list a 1000 reasons why one would want to live in any of those countries, they are amazing places, but the logic still stands.

Similar concessions are available if you have a UK, Canadian, or Schengen visa. Often, these visa exemptions apply to residence permit holders as well. Traveling in Mexico with an Indian Passport

The best way to ‘upgrade’ your Indian passport at this point is to have a US visa, which is also issued for 10 years by default so that will give you access to the US and several other countries for at least 10 years. Getting a US visa isn’t all that easy but if you have a little bit of travel history and the means to take a trip to the US (some money in the bank) then this is the best way to get more juice out of your Indian passport. You don’t even have to take a trip to the US once you get your visa!

For example, we visited Colombia in June 2014. I had to apply for a visa at the consulate. A few months later, Colombia started a visa exemption program for Indians with US/UK/Schengen visas. It’s great news that international travel for Indians is getting easier, even if it’s not solely with the power and value of the Indian passport.

I also visited Turkey several times after applying for a visa. Now, I no longer need a visa for Turkey and all I need to do is show a US/UK/Schengen visa at the border.

There is now even a program called CAN+ that grants Indians with US visas easy access to Canada.

International travel for Indians will be complicated until we solve our domestic problems and help our people find economic opportunity within our borders. However, I hope in the future more countries embrace the model of granting visa exemptions based on other visas that a traveler might have. This will help them attract tourism dollars (rupees, in this case) and also reduce costs associated with consular work. What’s more, it will make it far easier for Indian passport holders to travel internationally.

For now, I’m happy to travel to every country that offers visa exemptions (even if based on other visas) to Indian passport holders.

Here’s the list of countries that I have traveled to that offer a visa exemption based on the US visa I hold (a 10 year B1/B2 visa): Traveling in Turkey with an Indian passport

Some other countries that you can visit based on a US visa: Traveling in the United States with an Indian Passport

Of course, you can also visit the United States which itself is one of the largest and most diverse countries in the world.

So, five years into our travels, it has become easier for Indian passport holders and I hope this trend continues for a long time to come. Here’s to more traveling and a bright globetrotting future for Indian citizens!