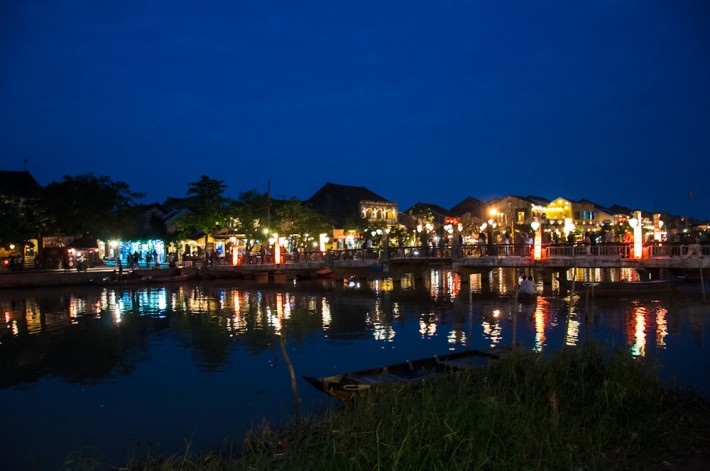 The Touristic Beauty of Hoi An

There aren’t many places in the world where mass tourism and beauty blend, in the way they do in Hoi An. This UNESCO World Heritage Site in Vietnam is incredibly popular with visitors, who are attracted to its old world charm with a distinct Chinese vibe.

Most travelers enter Vietnam either via Hanoi or Ho Chi Minh City. Getting a Vietnam visa is necessary for most nationalities, yet it can be done online in a few days. Once you have entered the country, getting around tends to be easy. To reach Hoi An, you’d need to either get a domestic flight or train from the north (Hanoi) or the south of the country (Ho Chi Minh City). Either way, you will always end up in the nearby city of Da Nang, where both the closest airport and train stations are located. From there to Hoi An, you’d have to make your way by road, either in a private taxi, or by bus if you’d rather save some money. 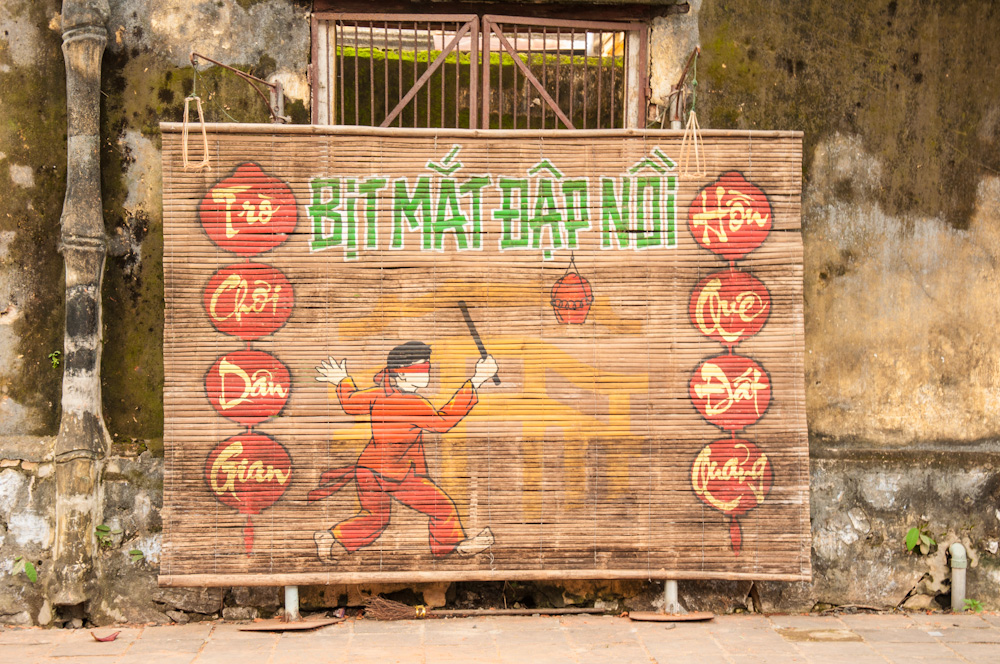 As Hoi An was once upon a time a major port, it received a lot of international influences throughout its 2000 years of history. These influences are mostly palpable now a days when it comes to the architecture. While Hoi An may not be the most typically Vietnamese looking city in the country, it is often one of the highlights for travelers who decide to spend some time in Vietnam. It’s easy to see why! 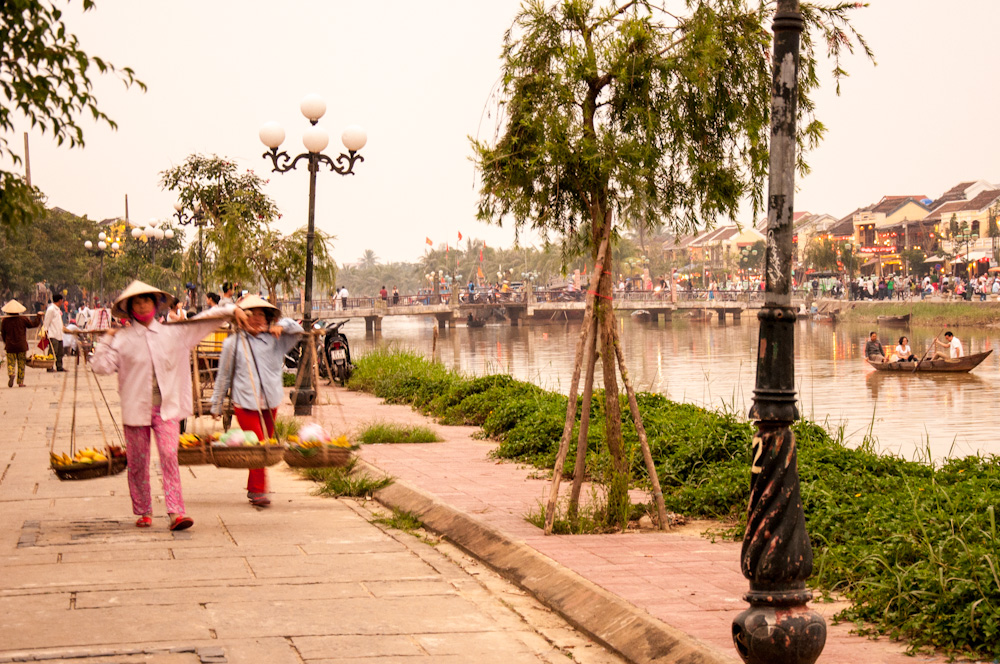 Hoi An by the riverfront 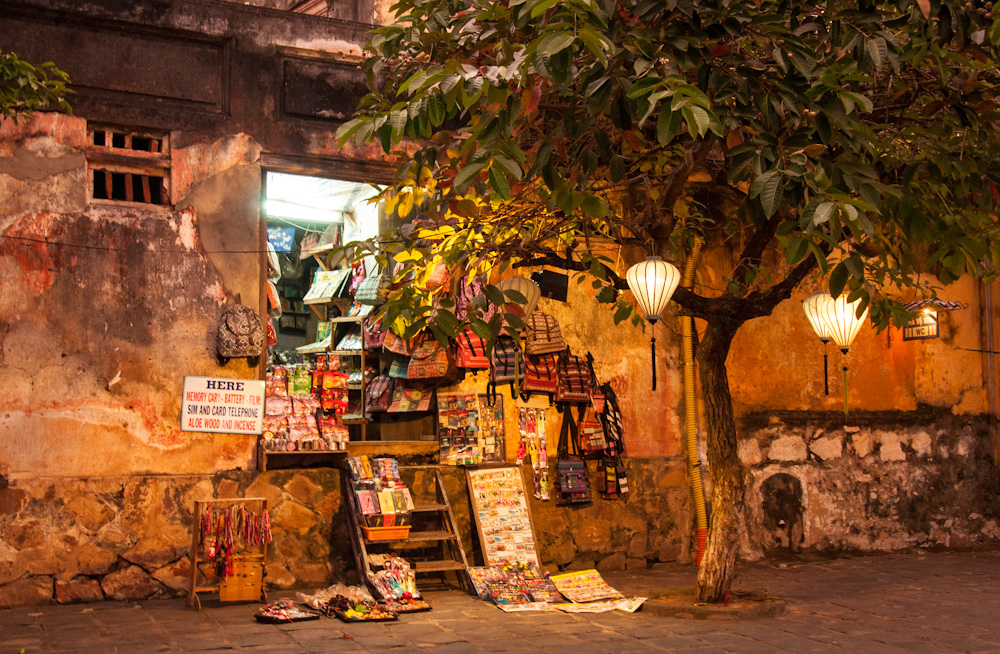 One of the many tourist shops in Hoi An

Hoi An’s Old Town is the main attraction of the city, as this is the most well preserved area where colorful historical buildings are located. There are way too many shops and restaurants catering to tourists around here these days, though. Sometimes, you truly wonder what the Old Town would look like if tourism wasn’t a reality. Nevertheless, the narrow streets lined with cute houses do have an extraordinary appeal that makes the trip worth it. 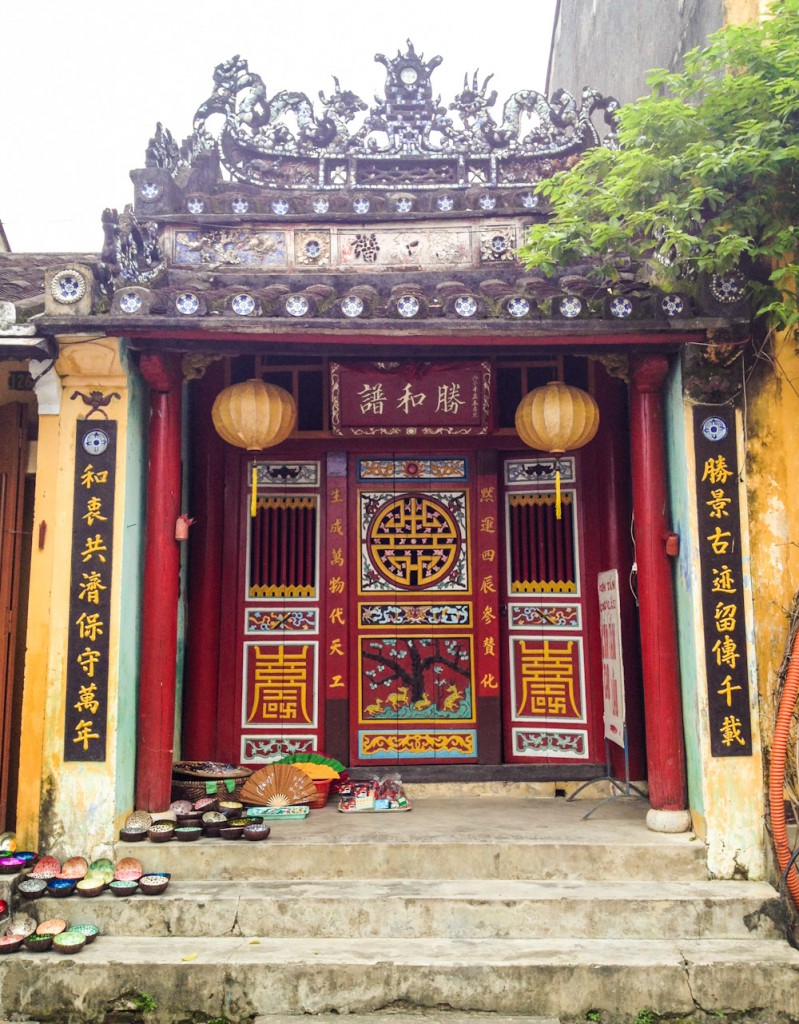 Chinese temple facade in Hoi An

Walking around Hoi An is the best way to soak in its magic. Most of the streets in the old center are blocked to traffic, with the exception of bikes during certain hours of the day. Whenever we travel to a very touristic place, we visit the popular streets and spots just like most people do. But we also like wandering around the smaller areas, that often feel like worlds apart. 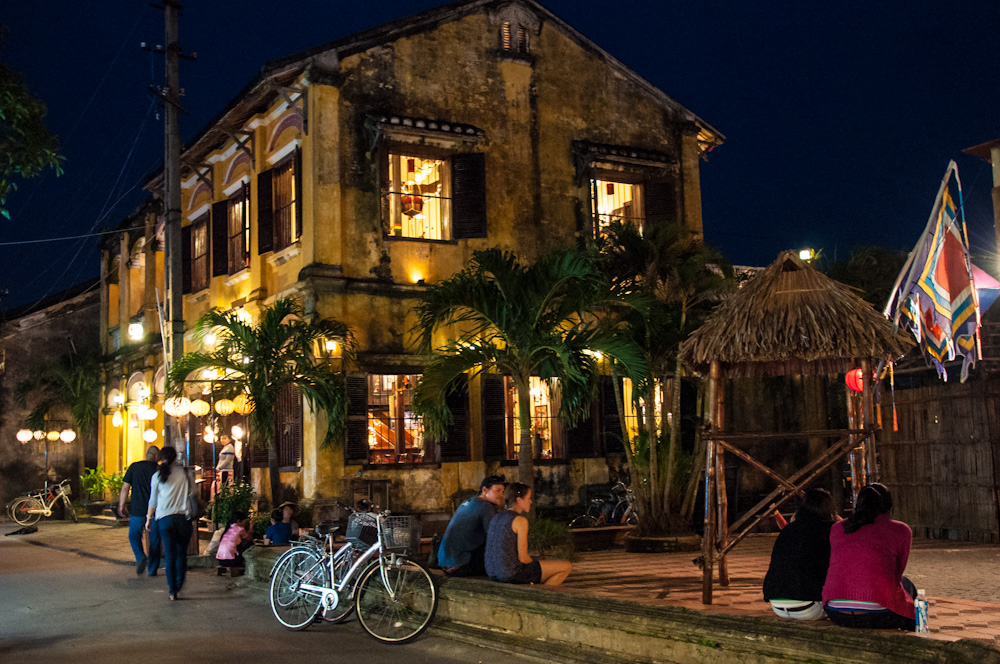 In Hoi An's Old Town, many of the most important buildings now house restaurants and shops 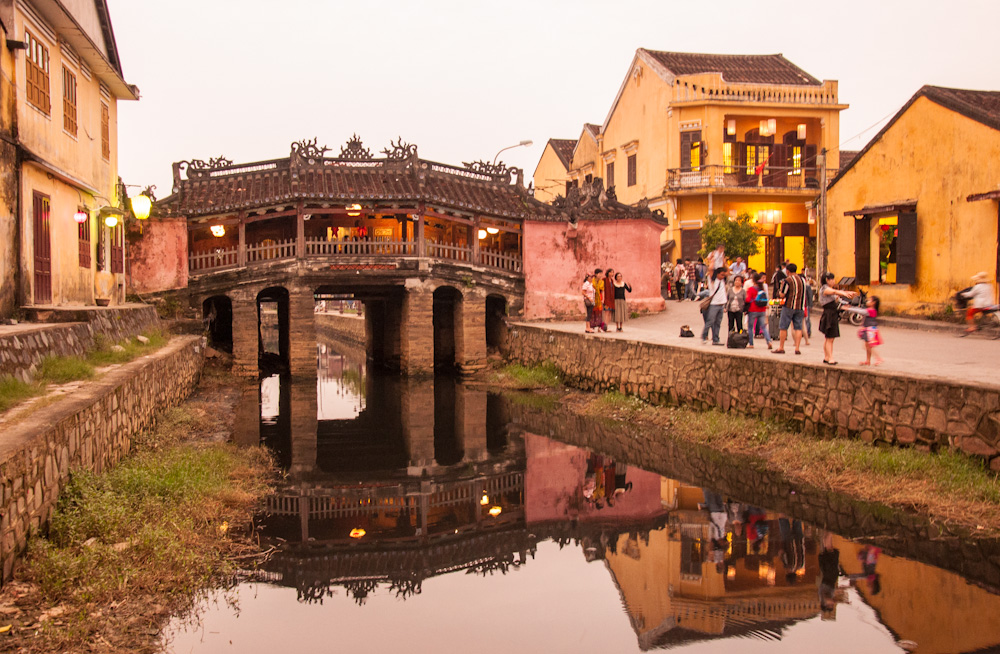 The famous Japanese Bridge in Hoi An

In Hoi An, you will find tourists mostly agglomerated around landmarks such as the Japanese Bridge or in small streets closer to the waterfront. Yet if you decide to step away from the obvious paths, you will also come face to face with where and how Vietnamese people live, beyond the tourist layer. 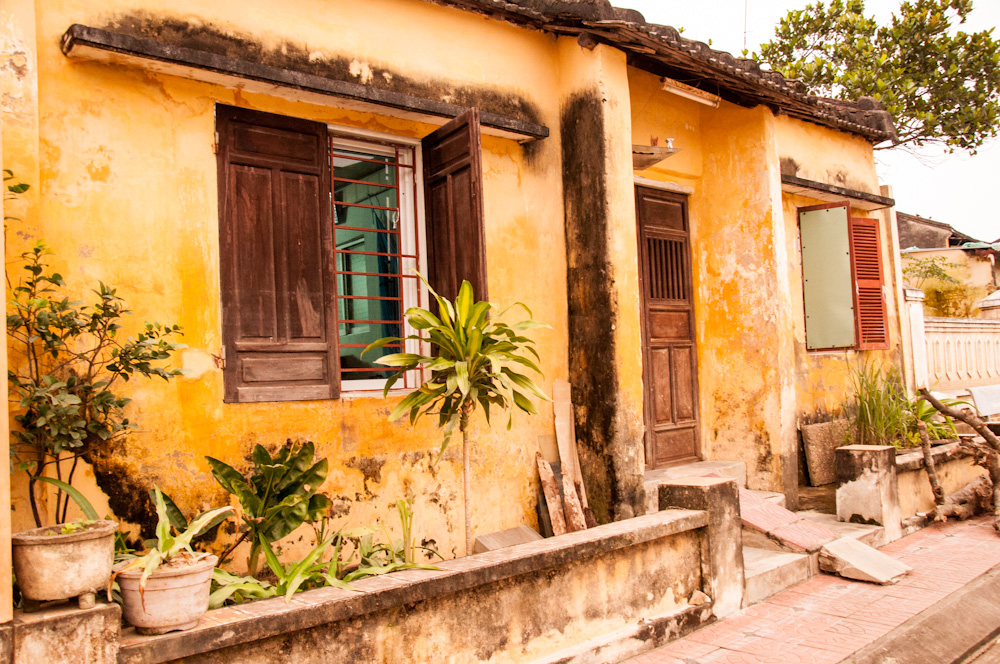 A typical home in Hoi An 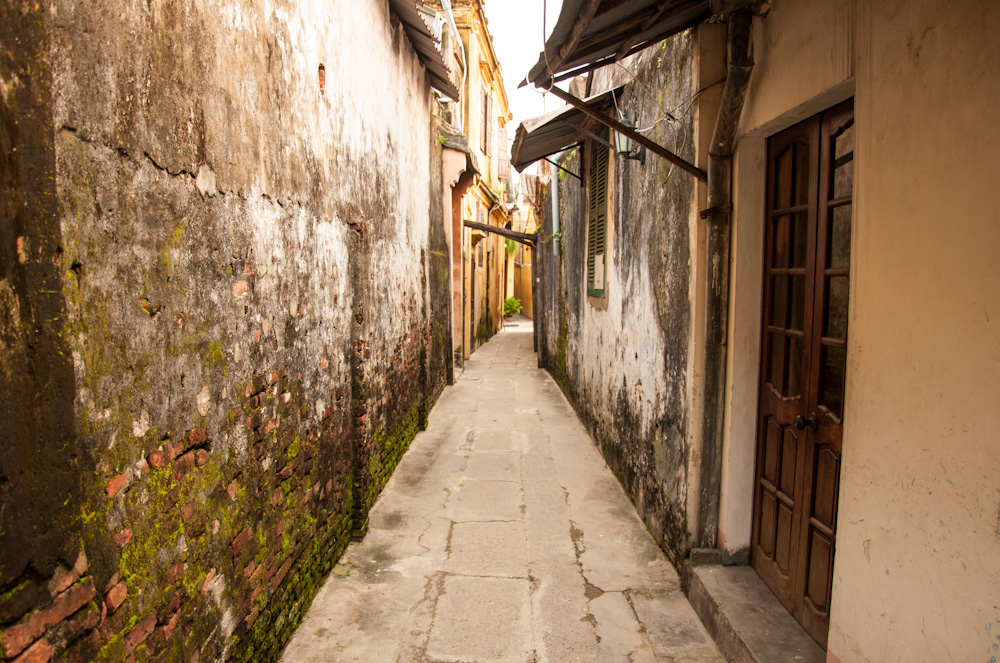 No tourists at all, even though this small street is still in the center of Hoi An

Walking around Hoi An off the beaten path, you may find that you are the only foreigner in a given lane, where kids are sometimes playing and ladies lay their rice noodles to dry under the sun. 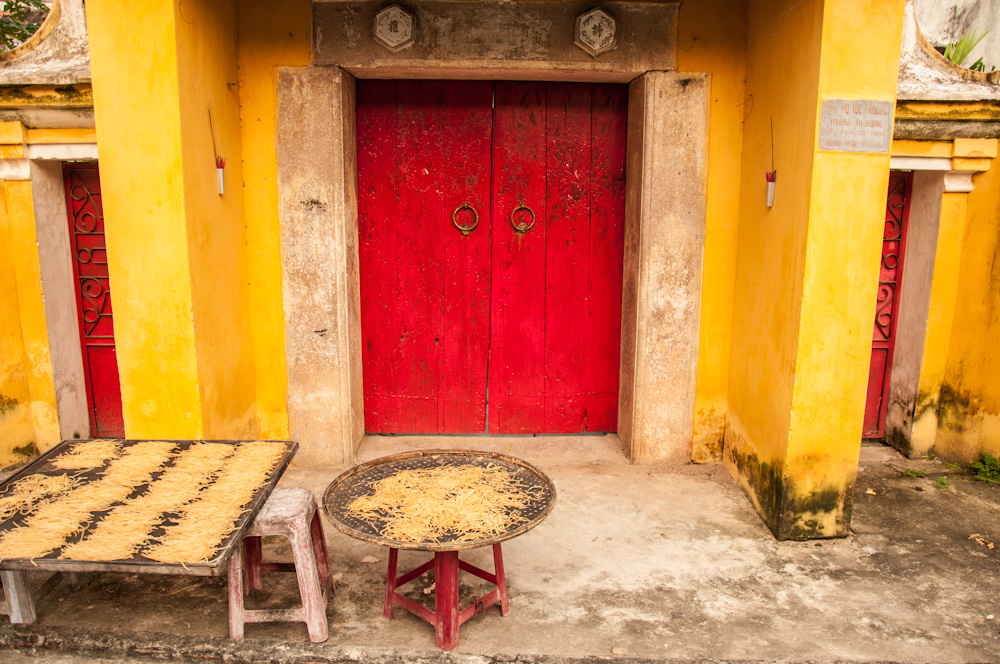 Noodles drying under the sun 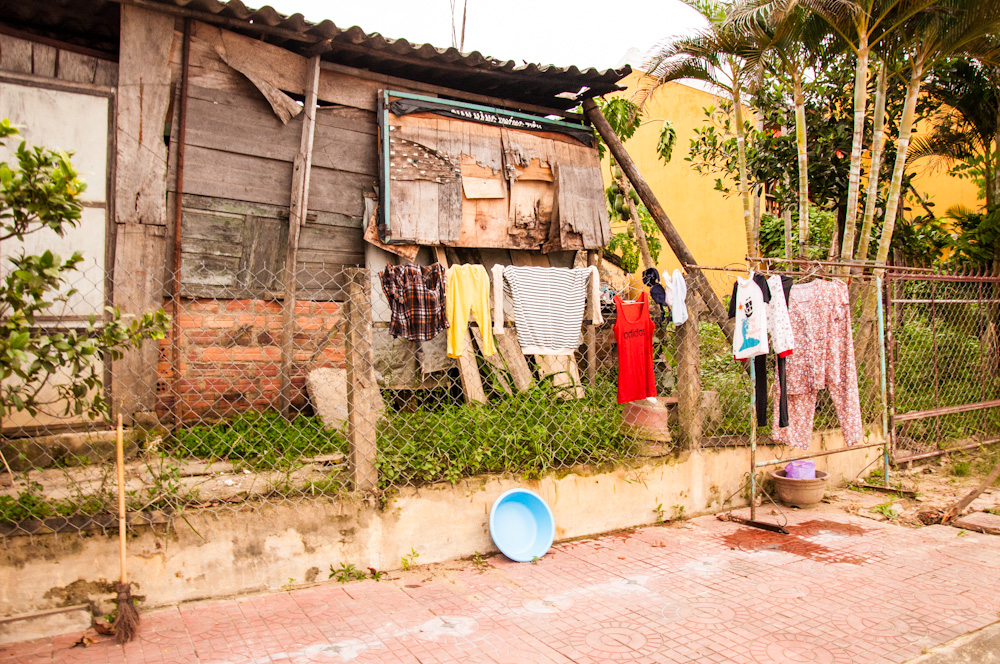 A different side of Hoi An

In these smaller local streets, it almost feels like the colors of the buildings have more life, and that the crumbling walls tell a story worth listening to, even though it hasn’t made it to the pages of any travel guide. The smiles here are also more genuine, because there are no transactions involved. 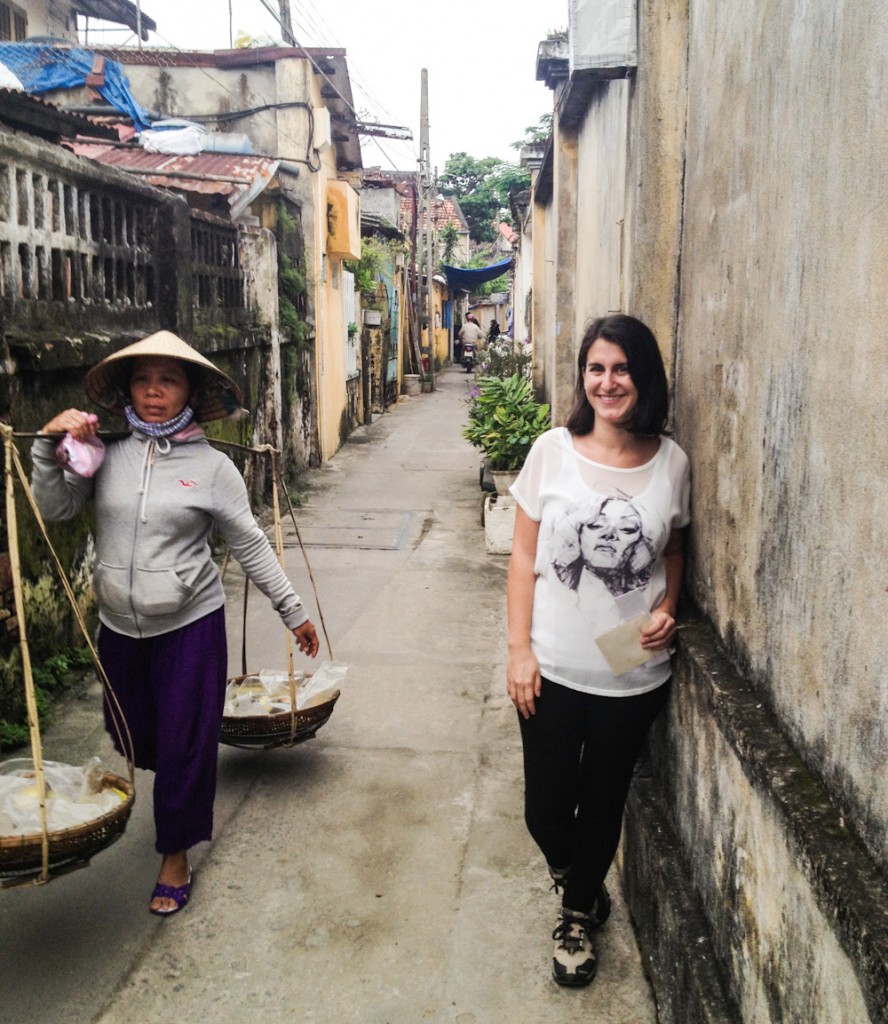 Exploring the narrow lanes of Hoi An, off the beaten path

In the evenings, Hoi An casts a spell on its visitors. This spell is not only lit up by the moon itself, but also by the hundreds of lamps and candles that are both hung on the trees, and also made to float in the Hoai River. Simply strolling around the Old Town and particularly by the riverfront is how one should welcome the night when in Hoi An. 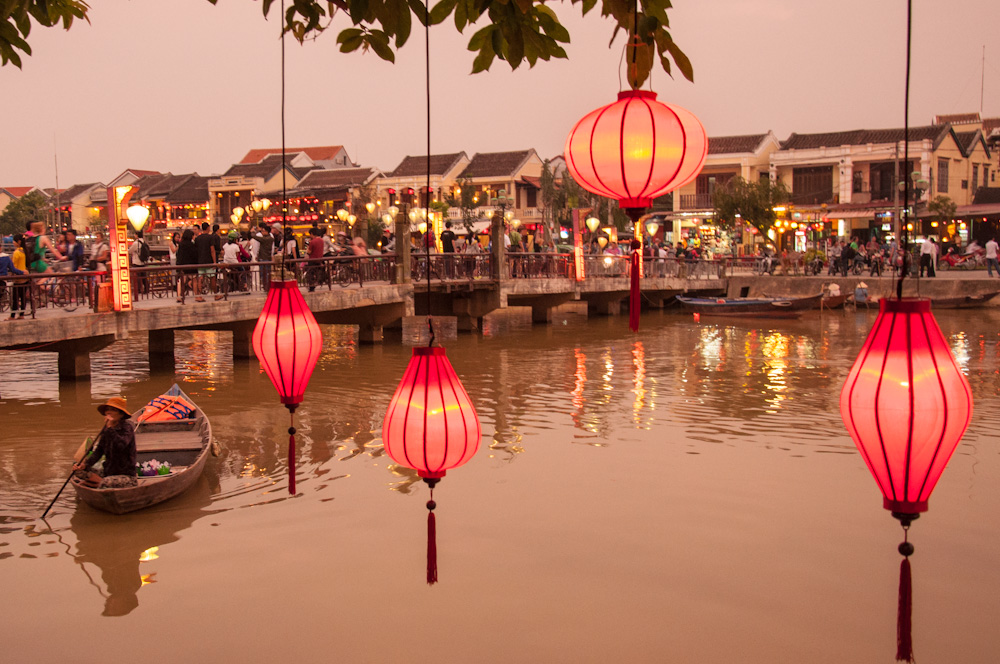 With a little bit of imagination, you may almost feel like you are a character in the movie Spirited Away. The yellow paint that covers many building facades looks warmer under the soft light, while the river reflects the orange and red hues from the Chinese style lamps hanging on the trees around it. 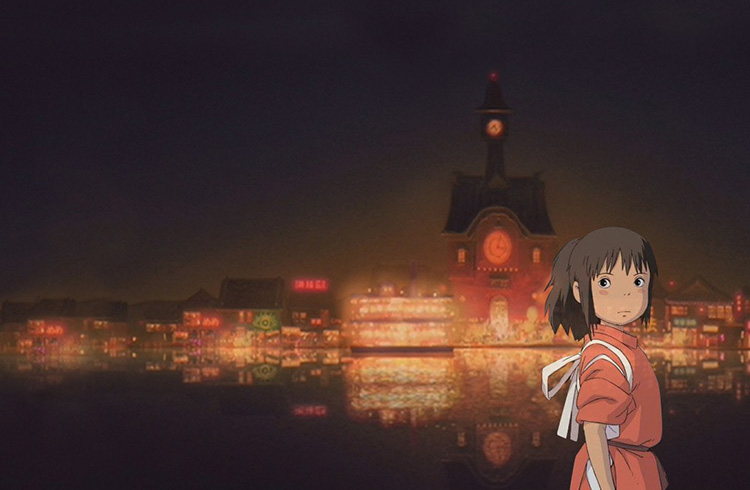 From the movie Spirited Away 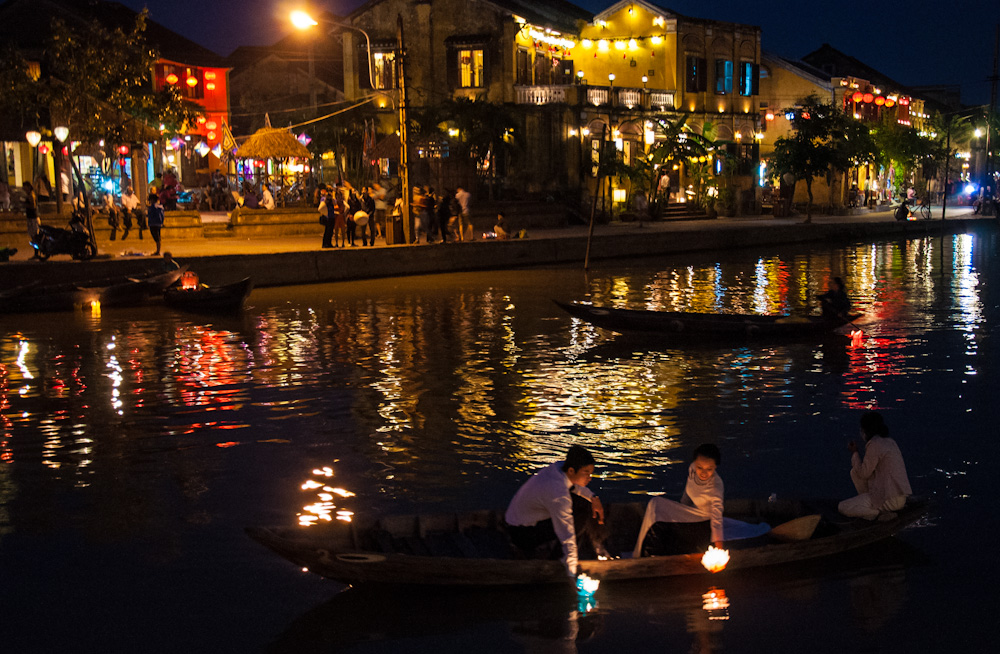 Evenings lights by the river in Hoi An 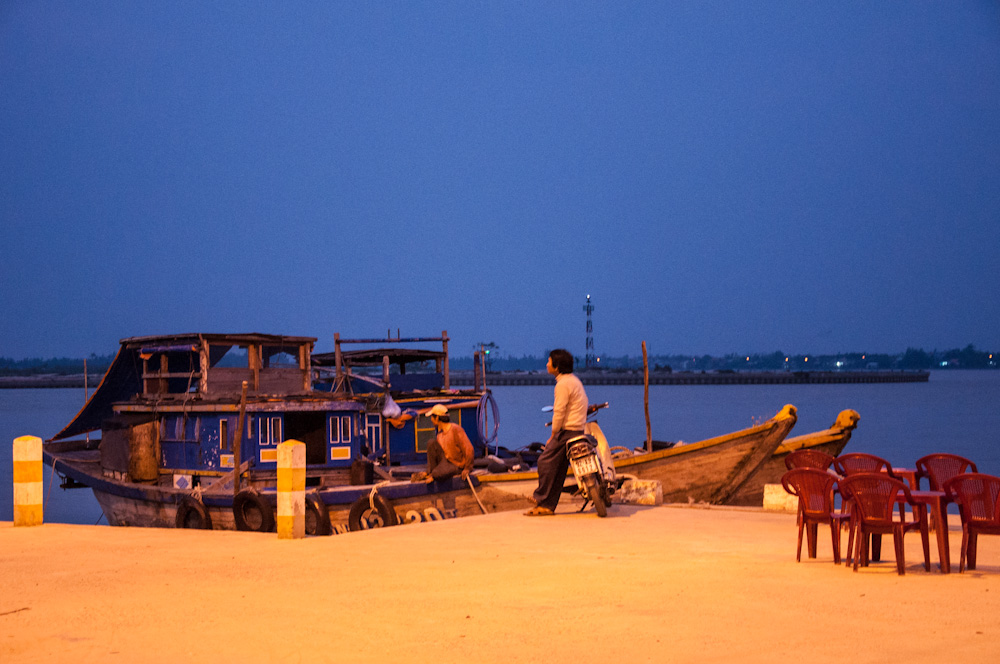 Enjoying the evening in Hoi An, away from the tourist heavy streets

Maybe Hoi An has been carefully planned to appeal to the visitors who make their way to Vietnam. Maybe things wouldn’t exactly be this way if people like us didn’t come over. But there is no doubt that Hoi An is pretty! And sometimes, when you travel, it feels nice to experience somewhere nice and uncomplicated, where the lights are warmer and the days feel happier.