On the Road: Arizona

I sit at the wheel of our rented Chevrolet but I feel like I could be on top of a horse. As I turn on the engine and the car starts moving, the soundtrack of Quentin Tarantino’s movie Django Unchained

starts playing in my mind… and as I look outside the window, I believe that John Wayne could pass by at any moment.

Our American road trip is taking us to the state of Arizona and I feel like we are entering the set of a western movie! 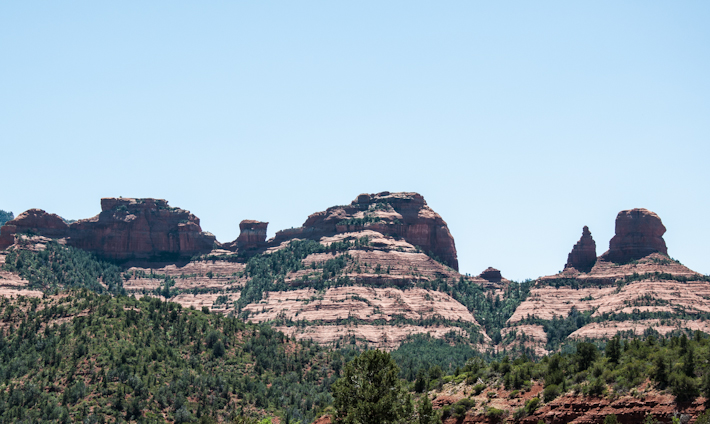 When I was in college studying cinema, I had to endure an entire semester of John Ford’s western films

. And I say endure because I was not too keen on that movie genre back then. I don’t see any cowboys and Indians fighting in the horizon now, but the landscapes sure are as dramatic as those glorified on the silver screen. 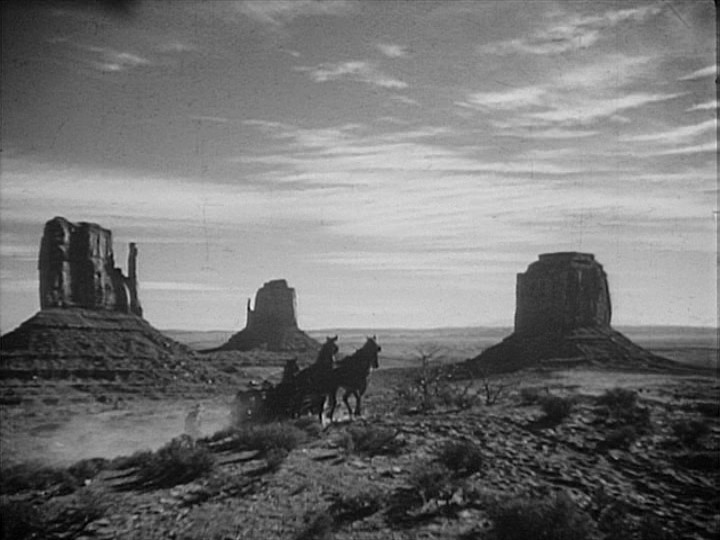 Surprisingly, it’s not all as dry and harsh as I would have pictured it. As we drive from Nevada towards Northern Arizona, the landscape changes: we drive by deserted lands, but also pine forests that extend for miles and miles, American Indian reservations with soils that do not look too fertile and, of course, we reach the easily recognizable red rock formations around Sedona. 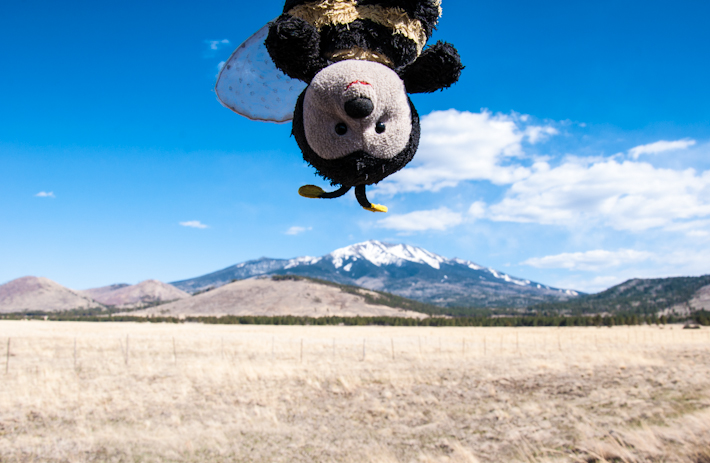 San Francisco Peaks, the highest mountain range in the state of Arizona – near Flagstaff 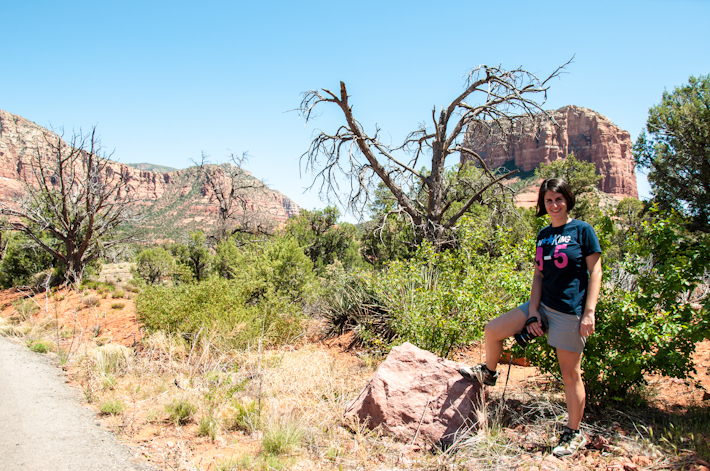 Arizona is a great state to drive around. No matter what road you take, the scenery is extraordinary and ever changing. And if you’re into something more than landscapes, you can take a road trip back in time entering a stretch of the the historic Route 66 up north. 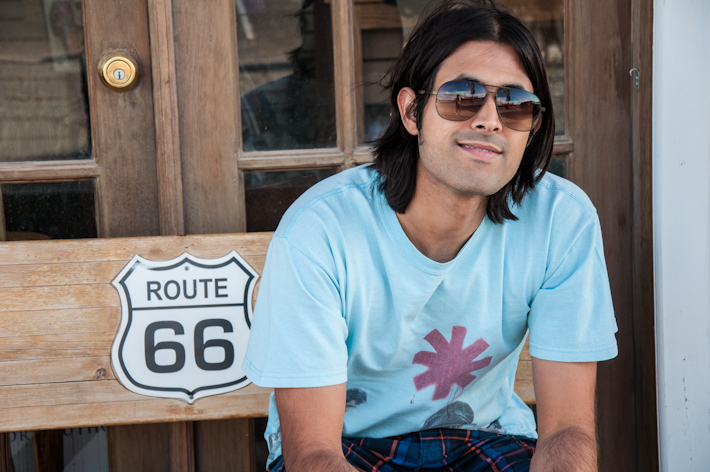 Outside a diner on Route 66

Route 66 was one of the first highways built in the USA. Now-a-days, it takes melancholic locals and curious tourists down it’s asphalt to reminisce on what life used to be back in the 50′s. This translates into a variety of old school looking diners scattered around small towns that have probably seen busier days, souvenir shops and a lot of memorabilia, in and outdoors. 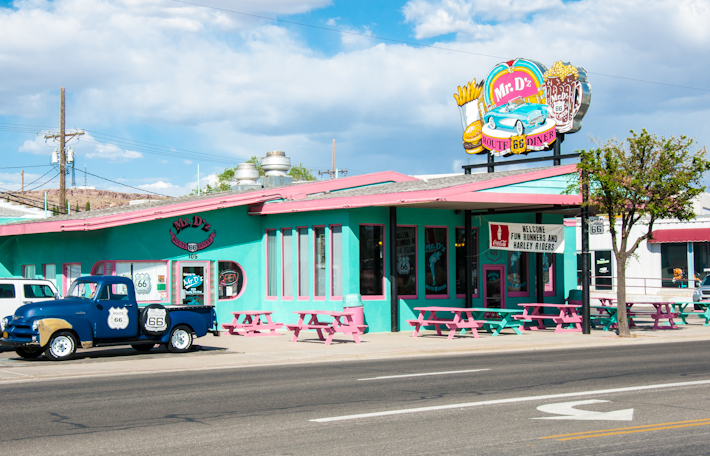 It’s rare to see American Indian looking people around. A local tells us that Indians live mostly inside the reservations and those areas tend to be rather impoverished. An unfair history has pushed Indians into less fertile areas, as governments and private entities have wanted to exploit the resources of the lands that American Indians once called home. Newer generations debate amongst themselves between tradition, community acceptance and a world of different possibilities out there with the rest of the USA. Even at this level, this country is multicultural and, wherever there is diversity, we all know there is conflict. 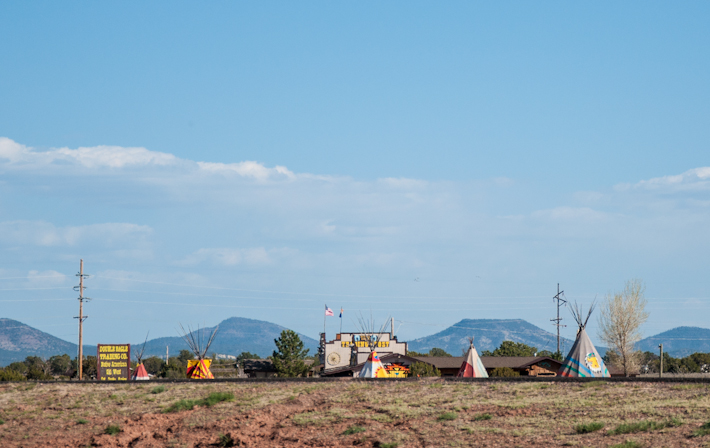 A "fake" Indian camp setup by a souvenir shop

It’s strange to be amongst a bunch of shops selling American Indian handicrafts, where people are mostly white, and even cowboys aren’t that rare of a sight. Still with hats and boots with spurs like the good ‘ol days, cowboys have now changed their horses for pick-up trucks. They still enjoy steaks and ribs, but they also do drive-thrus in fast food joins and order shakes with bright colors that could have easily been considered less manly back in the day. 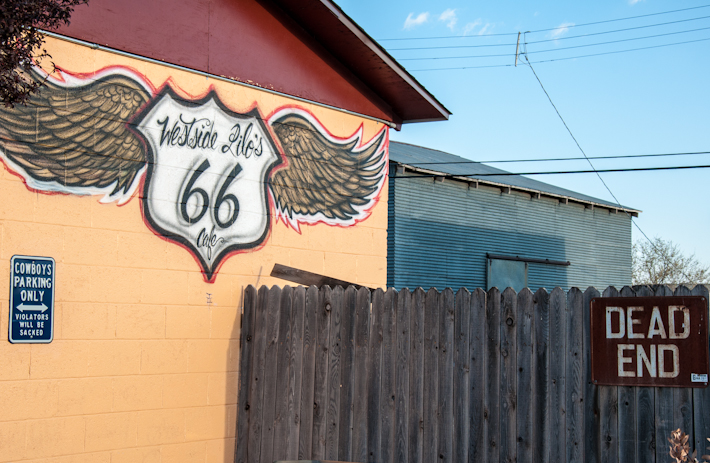 Parking for cowboys only at Westside Lilo's Cafe in Seligman

We continue our road trip around Arizona admitting that the USA has a way to lure you into its freeways. The large amount of Harley Davidson bikers that we see driving by in groups seem to know that. There’s an undeniable sense of discovery and freedom associated with road trips and we’re experiencing just that: the pure pleasure of driving around. 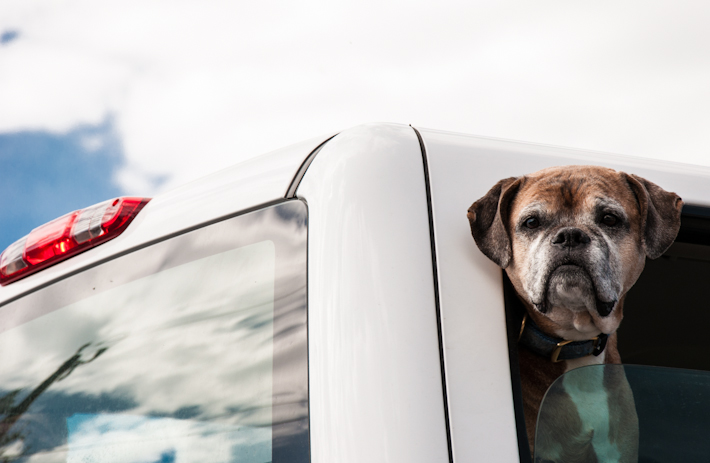 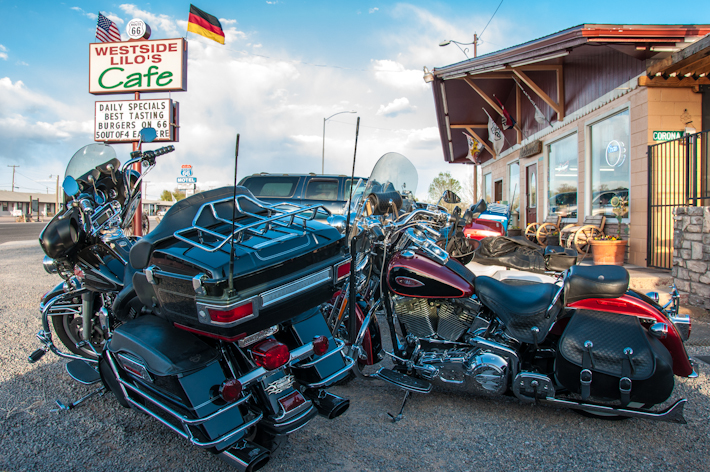 Bikes parked by a diner on Route 66

Next time, we’ll come in a convertible. That way, as the wind messes up my hair, it’ll be easier to picture that we’re on top of a horse, in the Wild West.