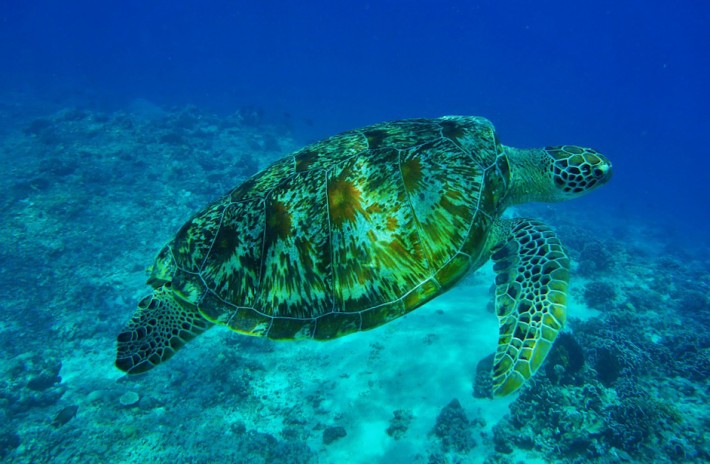 September 5, 2016 /Posted in Around the World in 80 Posts, Asia, Indonesia /By Myryame Angers

When I landed in Indonesia, I was amazed by its culture and impatient to discover. That being said, if I had snorkeling on my list, I sure didn’t have diving. Indeed, I am that kind of girl that can barely stand one image of a shark. Anyways, the travels went on. I snorkeled and surfed a lot in Indonesia, and then in the Philippines. By the time I got to Thailand, which is 2 months later, I realized that this idea of diving was always somewhere in the back of my head. As it goes when you travel, you meet all kinds of people and they somehow influence you… even inspire you. I wanted to challenge my fear. So I did my SSI Open Water Diver certification like a boss, on Koh Tao. Not much adversity, true, but we all start somewhere, don’t we?

For me, it started there. The passion about the underwater world and the desire to discover it, it came together in a way I did not expect. Don’t get me wrong, I still can barely stand the image of a shark. The difference now is that I also know that diving is so much more than sharks!

Indonesia… I have a whole new vision of it now. I used to see Java, monkeys, temples, Bali, surf, coffee plantations, Hinduism and Buddhism. I’ve got up close with that. Now, what I see in my mind when I think about Indonesia are incredible landscapes, photogenic remote beaches, clear waters, colorful reefs teeming with life… and bubbles! I want to go back to Indonesia and dive it. I will, someday! Perhaps you’re tempted too? I’ve gathered some great information here about Indonesia and its endless possibilities. 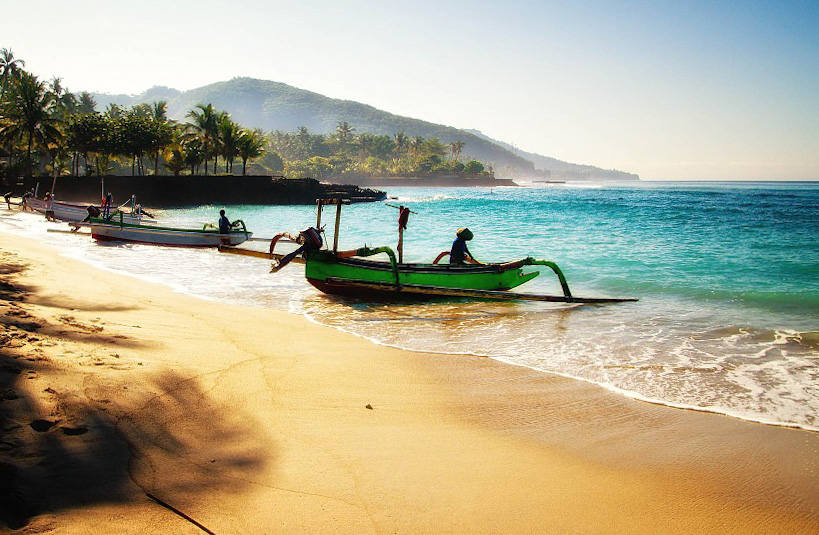 At the beach in Bali

Quick facts about the Coral Triangle

Do you know about the Coral Triangle? It’s an area in the South Pacific which is considered as the epicenter of marine biodiversity. Indeed, no other place on earth has this many species of corals or marine life.

Here are just a few facts…

You might have guessed it by now: Indonesia is among the countries which form the Coral Triangle. Indeed, Indonesia is right in it, along with the Philippines, Malaysia, Papua New Guinea, Timor-Leste and the Solomon Islands. Most noteworthy is the fact that one of the prime diving destination in Indonesia is the epicenter of the Triangle, literally and meaningfully. This region is called Raja Ampat, or ‘The 4 kings”. Raja Ampat is a dream of many divers, and it’s also on my bucket list now. 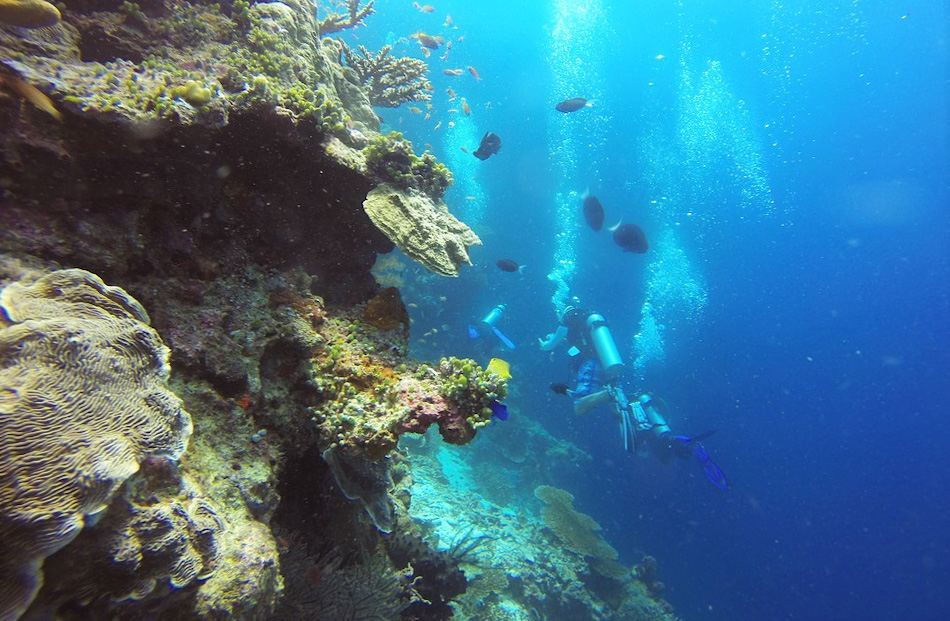 Snorkeling and Scuba Diving in Indonesia

The snorkeling and diving options are numerous and spread all across the country. I have done very few and I’m day dreaming about much more. When I look at all the best regions and dive sites of Indonesia, I know I want to see most of them, but I also know some are totally out of range regarding my actual experience level. That being said, there’s plenty of options for Open Water Divers and Snorkelers. Plus, it’s always possible to upgrade to Advanced Open Water Diver. Indeed, the diving certifications prices in Indonesia are very affordable.

Anyways, here’s an idea of what I would do next. I thought this might help a few travelers and “wannabe divers” to decide the best place where to start their underwater explorations.

Yes, yes, the famous island has a place on every list I guess! There are fantastic diving opportunities around Bali. Why do I want to go? I want to see funky pelagic fishes such as the Oceanic Sunfish, also known as Mola Mola. Where? Mostly around Lembongan/Nusa Penida. There is also the fantastic wreck of the USS Liberty that lies in Tulamben. It’s described as colorful and phenomenal. Plus, the Tulamben wreck is located in shallow waters, and sea conditions are generally easy, making it perfect for any beginner!

Finally, I think I would actually get my Advanced certification on Bali. There are so many dive centers on the island, I will sure find one to get both my certification and my dream dive sites! 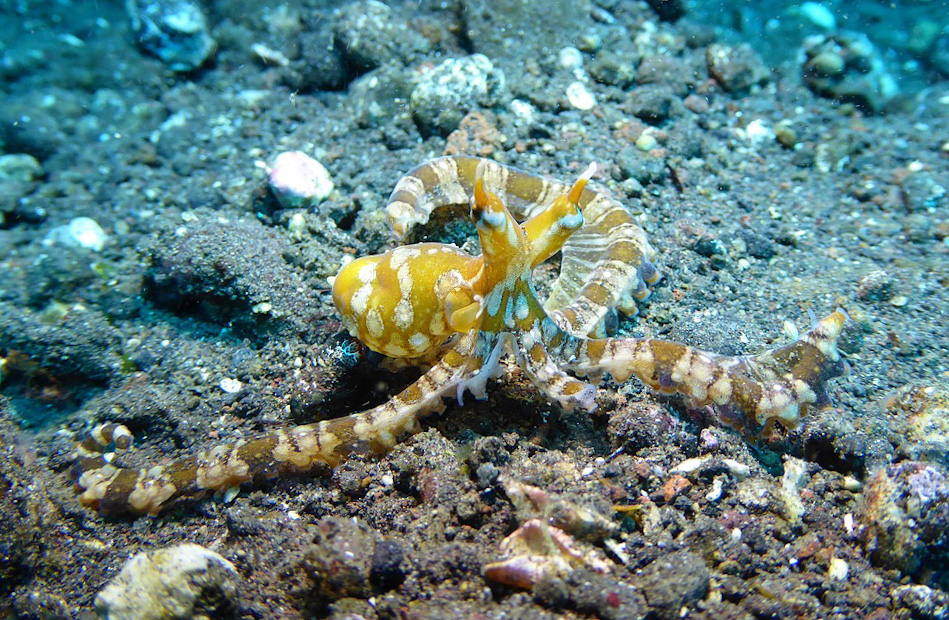 Ever heard of this place? Manado is the town up in the Northern Sulawesi. Bunaken National Park is located near Manado, further north. Even though this destination is mostly known for drift diving, there are more than enough sites with barely no currents. Plus, there’s plenty of snorkeling spots all over the place. Why would I go there? First, the coral is known to be incredibly healthy, vibrant in color and the marine life’s density is amazing. Second, the remoteness of the location; meaning it’s quiet and calm, nothing to do with the fuss of Java or Bali.

Is it the Komodo Dragon that made the Komodo region so famous? From what I know, I would bet it’s the flourishing marine flora and fauna that made it famous! In Komodo, the corals are teeming with fishes and the opportunities are various. One thing, I would have to mentally prepare myself as chances are that I would encounter reef sharks. It’ll be fun,  they say! Well, that’s another story!…

Moreover, Komodo is a great spot where to dive with majestic Manta Rays and that’s a big ‘must do’ on my list! In the rainy season, it’s not rare to witness many of them at once… I would just love to watch these magical creatures waltz around me. Wouldn’t you?

Myryame was inspired to learn about the underwater world of Indonesia.

Now, not only she intends to return to Indonesia in the years to come but she also hopes to inspire people to challenge themselves and explore our stunning planet earth.

Have you found any special scuba-diving spots during your travels?

Contribute a guest article for Backpack ME and tell us all about it!