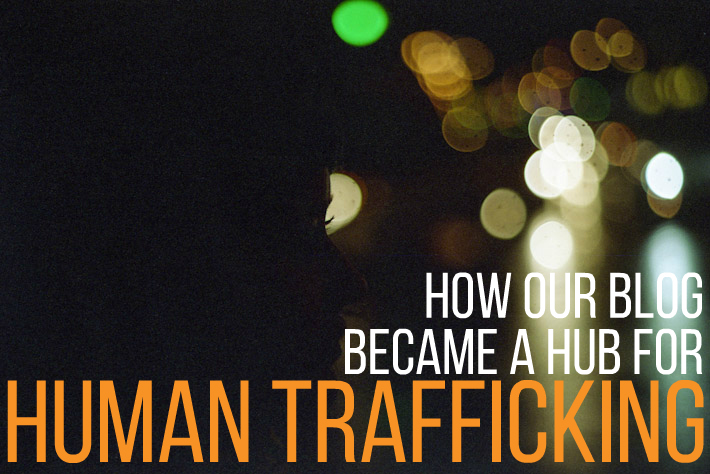 How Backpack ME became a hub for Human Trafficking

It’s no secret that Indians have a hard time obtaining visas for travel. We have an entire section on Backpack ME dedicated to visas for Indians. Readers often come to this section to find information on how to handle the paperwork so that they can travel to their dream destinations. However, it is through this seemingly innocuous section that we ended up turning into a hub for human trafficking!

I have an Indian passport. Most of the time, when I need to apply for a tourist visa, I have to submit a large number of documents explaining who I am. Documents like bank statements for the past six months, complete itineraries with hotel reservations and return flight tickets, income tax returns, an employers letter granting leave or vouching for the fact that I will have a job when I return from my holiday, and often, much more.

Then there are some countries that are thankfully visa exempt for Indians. Ecuador is one such country. We visited Ecuador in early 2012. A beautiful land with a large variety of places to visit and things to do. I wrote about my Ecuador visa experience in 2012 (see here) just as I write about all my other visa experiences.

However, there was something strange about this article. After a while, a lot of people started leaving comments on the article asking about how to get residence, even permanent residence, in Ecuador. Eventually, ‘immigration agents’ also started appearing in the comments section. They offered advice on how to move to Ecuador, how to get a job there, how much it would cost, etc. We didn’t think much of it until recently since the post was about visiting Ecuador as a tourist and clearly these comments were off topic.

In 2015, certain comments started appearing advising other commenters to beware of immigration agents. These comments were from people who had been hoodwinked by various agents posing as immigration experts!

It works like this: in our comments section, immigration ‘experts’ would make promises to people promising permanent residency, well paying jobs, a path to US citizenship, etc. in Ecuador! In turn, clients would pay over $5000 to the agents to help them process their papers. In addition to this, the client would also pay to be flown to Ecuador. The immigration ‘experts’ would say things like “Ecuador is the gateway to the US and Canada. Once you get a Permanent Residence permit in Ecuador you can go easily to work in the US or Canada.” (these statements are absolutely untrue)

After a few months, we started getting comments like this:

So basically Rao paid a lot of money to go to Ecuador but ended up with pretty much nothing. I decided to get to the bottom of this and emailed some of these people.

My interactions with “Mr. T” showed a lot about how these agents operate. T is a young man from the state of Kerala, India. A few months ago, he heard something about opportunities in Ecuador and ended up on Backpack ME while researching his visa options. There, he found a comment left by an agent (let’s call him Mr. D, D for devil) advertising his expertise in immigration to Ecuador. He got in touch with the agent.

Mr. D asked T to arrange a total of around $6000 for his trip to Ecuador. T had to take a bank loan to arrange all this money. In return, Mr. D promised him a job that would earn good money in Ecuador and eventually he would be able to move to the US or Canada in about 6 months.

In addition, T had to pay for his own ticket to Ecuador. A few days later everything was ready and T arrived in New Delhi to take his flight to Quito. There were some issues with the paperwork so the airline did not let them board. They rescheduled the flight for a later date. After six days in New Delhi, they finally left for Quito. Once they reached Quito, they were crammed into a single room where four of them had to stay.

After a few days, when nothing was happening T asked Mr. D what the next step was. At this point of time the guy, Mr. D, got violent and started shouting at T and physically threatening him.

T decided to ask for his money back and after a lot of fighting decided to leave without his money. He is now in a foreign country, a strange land where he does not speak the language, and he has very little money left.

Now, T has spent a lot of money to get there and so cannot go back to his family without making at least what he has spent and hopefully a little bit more.

Thankfully, some local Ecuadoreans have helped him find a house and he is now taking Spanish language classes. He’s also managed to find a job at a restaurant.

T told me that the agents are charging a hefty premium for the little service and advice they provide. T says that the total amount for all visa extensions, PR applications, etc. comes to around $1000. The agents are quoting around $6000 and in fact charging any amount they feel that a client can pay. They then leave their clients out in the cold after their tall tales of jobs and fabulous lifestyles come crashing down.

T is a victim of human trafficking and Mr. D is guilty of making false promises to someone and leaving him vulnerable in a foreign land. But it doesn’t end there, T is trying to process his papers now and legalize his status but Mr. D is threatening to block his application by paying off some of his friends at the immigration bureau.

Furthermore, he tells of Indian and Pakistani agents smuggling people into the US via Ecuador. While researching this story, I got in touch with Mr. D. I got his contact information from T. I posed as a person looking to immigrate to Ecuador. I told Mr. D that I had some experience working in hotels as a waiter and Mr. D told me that I could easily make above $1000 per month in Ecuador. Furthermore, he told me that I could go to the US and Canada to live and work once I had acquired permanent residence in Ecuador. Apparently, I could even apply for a green card! All of this, with a 90% chance of success! Mr D said he has been doing this for about a year and it’s all very successful. However, at this point he felt like I was asking too many questions and got nervous and started ignoring my messages.

Mr. D is not a good person. But unfortunately there are many like him. We have had to close comments on our Ecuador visa article lest more innocent people get taken advantage of. It’s really unfortunate but what can we do?

It’s pretty crazy how a simple visa information post can turn into a racket like this. Hopefully we can now do our bit to prevent this from happening in future.

Ecuador is a great country but perhaps not the best one to immigrate to if you’re looking for a comfortable well paying job. Please visit as a tourist and you will be delighted!