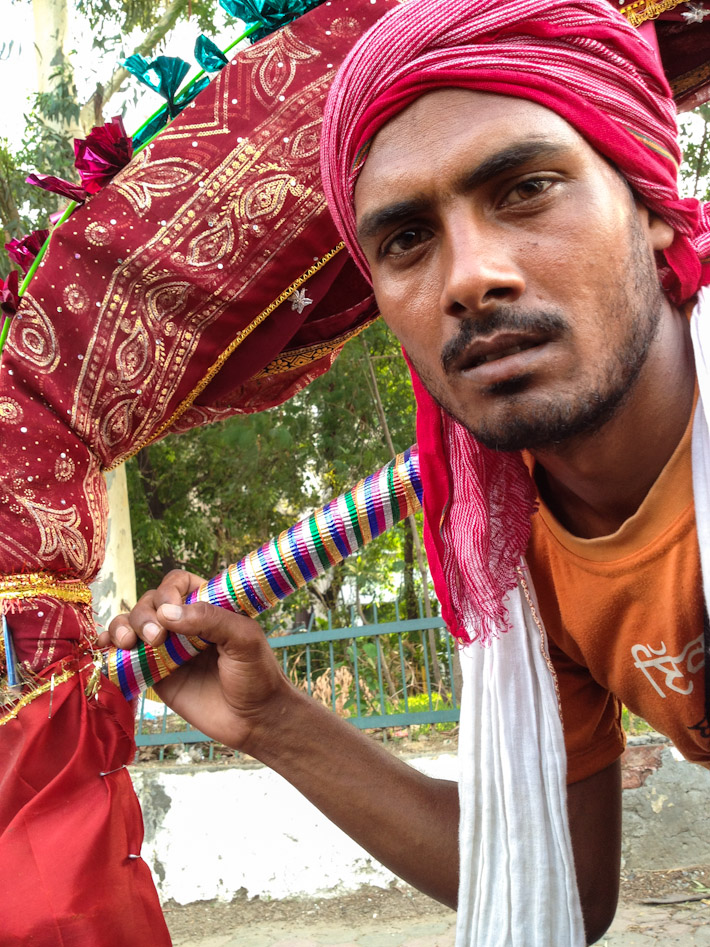 We were driving around Delhi yesterday when I saw a man walking with a colorful structure covered in shiny cloth. I immediately took the phone to click his picture, what made him approach our car.

In whatever time a red light takes to turn green, he asked us for money and said he was a pilgrim. We gave him some money and he promptly asked for more. We gave him more and then he said he’s doing this pilgrimage with 6 other brothers, so we should give him even more, but we had already been quite generous the second time around.

The light turned red and he still managed to say that he’d been walking all day and he’s on his way to Pushkar. Funny enough he was going towards Agra road, which is in the opposite direction.

We were left wondering if he was truly a pilgrim or just a guy who came up with a colorful way of making a living, in the saturated market of Delhi’s streets.