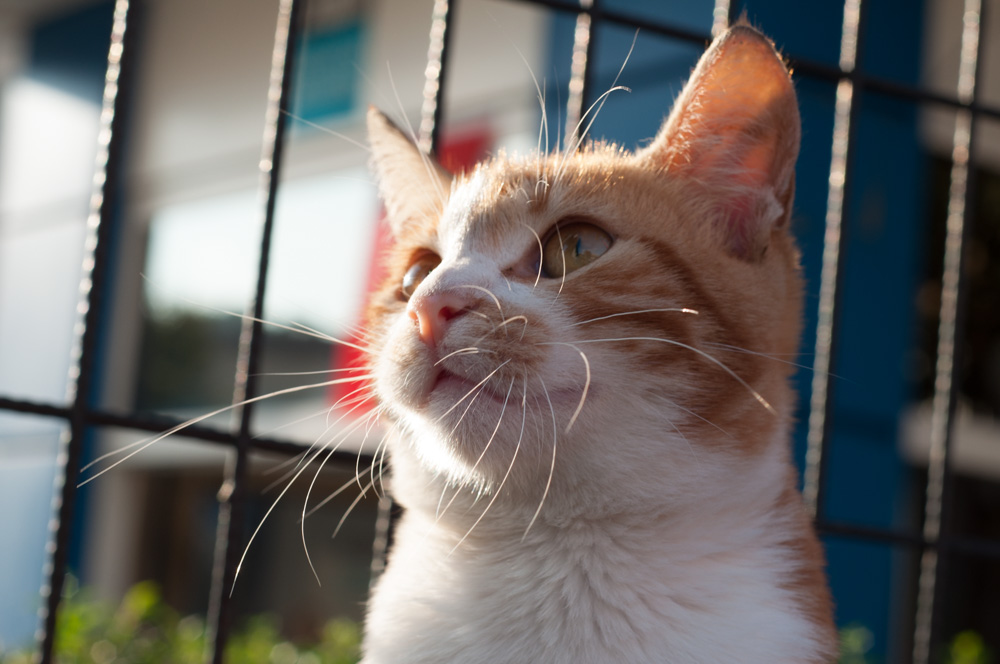 The Cats of Istanbul

We spent a month in Istanbul back in September 2015. Walking around the narrow winding streets of this city we experienced a lot of the local culture and cuisine. The people of Istanbul are warm, welcoming, and willing to share a cup of tea (çay, pronounced Chai) at any time of the day or night.

The cats of Istanbul aren’t very different. They are everywhere and definitely an integral part of the very fabric that makes up this great city. We’ve seen people buy cat food from grocery stores, just to leave it outside for their little friends to feast on. Some people even leave out cardboard boxes for the little kitties to nap in.

No matter where you go in this city there will be a cat nearby. They’re like 7/11s in Thailand – just cuter. Tolkien, the well read cat was spotted while walking around Cihangir, a pretty hip area with winding alleys, coffeeshops and lots of great food. Cihangir is right next to Istanbul’s famous Istiklal street, but like with any other super touristic place, as soon as you step out of the tourist lanes, it suddenly becomes peaceful and there’s a whole new world to explore. I think Tolkien feels the same way! Asil (which means Noble in Turkish), was hanging out in the shopping area of Ortaköy in Istanbul. This is definitely the best area to get a Kumpir (baked jacket potato with toppings). Looks like Asil had his belly full and wanted to nap for a bit! Duman (smokey) was hanging out with some other cats in a neighbourhood that had so many of them! Some playful, some shy. Pamuk (cotton wool) was sitting and relaxing in the shade nearby. He was too shy to interact but just sat there looking at us. Cats in Istanbul are also great company. If you’re sitting on a bench in a park, they’re sure to crawl up to you purring with friendliness. It’s a wonder that this city wasn’t named Catstantinople. It surely deserves the title! We saw Cat Winslet above while walking around Fatih in Istanbul. Fatih is one of the most traditional neighborhoods in Istanbul with lots of beautiful mosques and small çay places. Amongst the traditional houses old men get together to catch up on their days with a hot cup of çay. As always, it’s also full of cats, just like any other part of this city.

The word Kedi means cat in Turkish. Kedi are so important in Istanbul that on Feb 21st 2016 the first feature length film (called Kedi) about being a cat in Istanbul shall be screened at the Istanbul Independent Film Festival. Watch the trailer for Kedi.

So which one was your favorite?