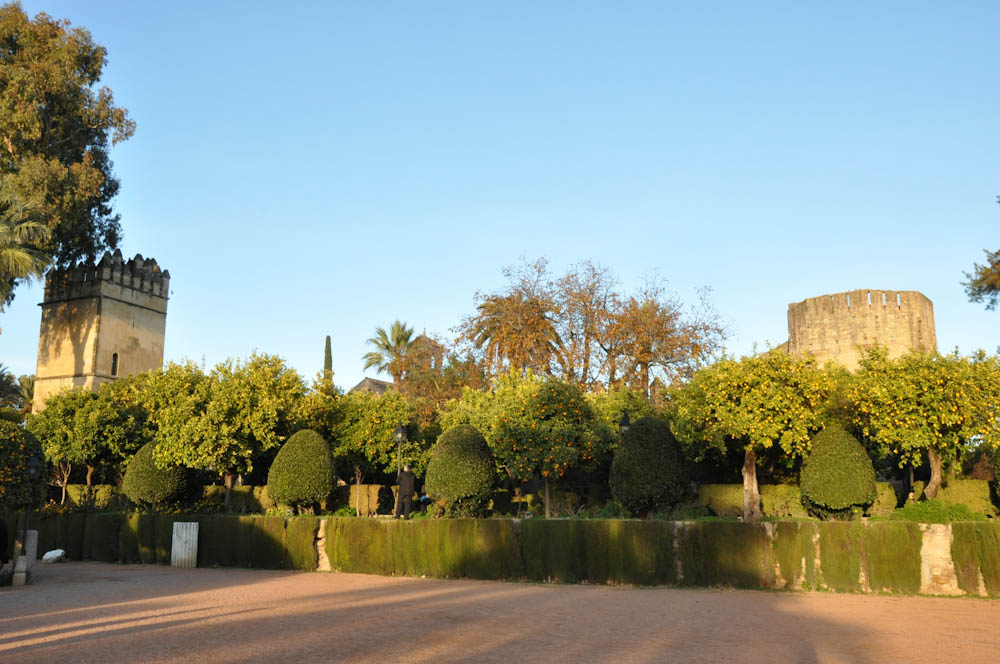 Most of the international stereotypes one comes across about Spain, have been inspired by the traditions of Andalusia (Andalucia, in Spanish): tapas, good wine, bull fighting and, particularly, the music – sevillanas and flamenco.

Andalucia has indeed all of the above… but also a bit more!

Granada: and we were back in Moorish lands…

Most of the sights of historical and touristic interest in the South of Spain are connected with the Moor occupation of this lands, centuries ago. After living in Dubai for 5 years, we didn’t know what to expect of the much acclaimed Moorish architecture in these areas. 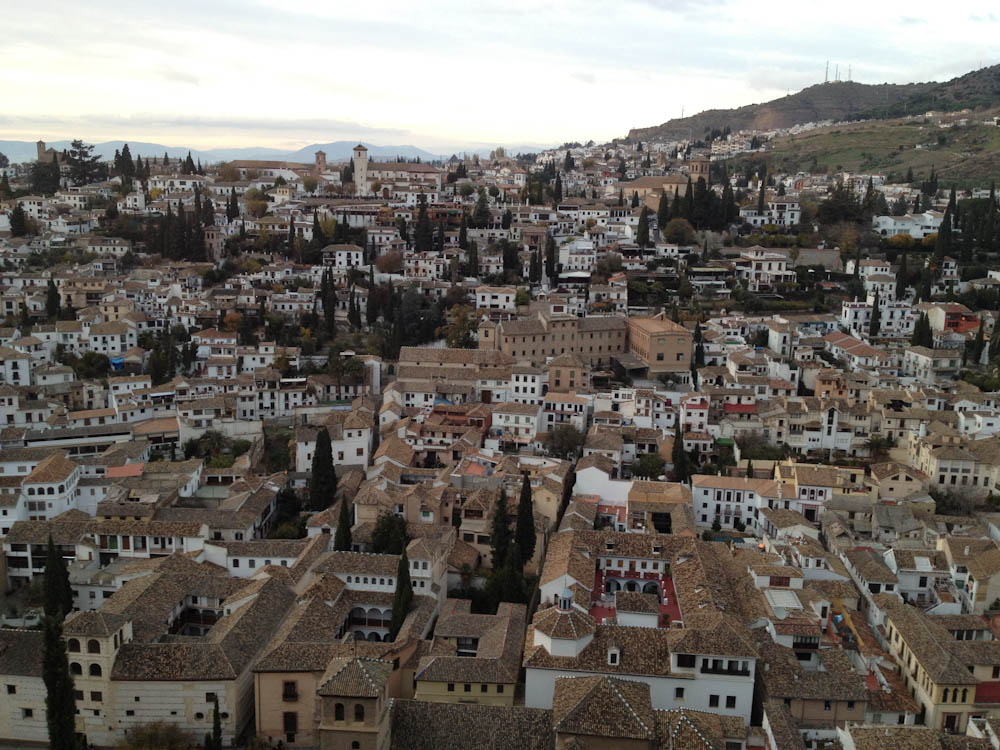 Our main interest in Granada was the Alhambra, which apparently is one of the most visited monuments in the entire country. This was, once upon a time, a village where the dominating Moors used to live and that was later taken on by the Christian rulers.

The Alhambra is indeed a very charming place, being well maintained considering the high number of visitors it has each day. See for yourself:

Something that does stand out in the Alhambra is the use of water. Water is present in the whole area, in form of decorative fountains or water canals that were meant to take the liquid to the whole village. Not only to the palaces where rulers used to live, but to everyone.

Malaga & Torremolinos: at the beach in December!

We visited Malaga very briefly, mainly to enjoy a “fishy” meal by the beach. Like people tend to do in Europe when their pockets are tight, we went to a beach destination… but in the middle of December! Who cares about high season! The beach can also feel great on winter days. 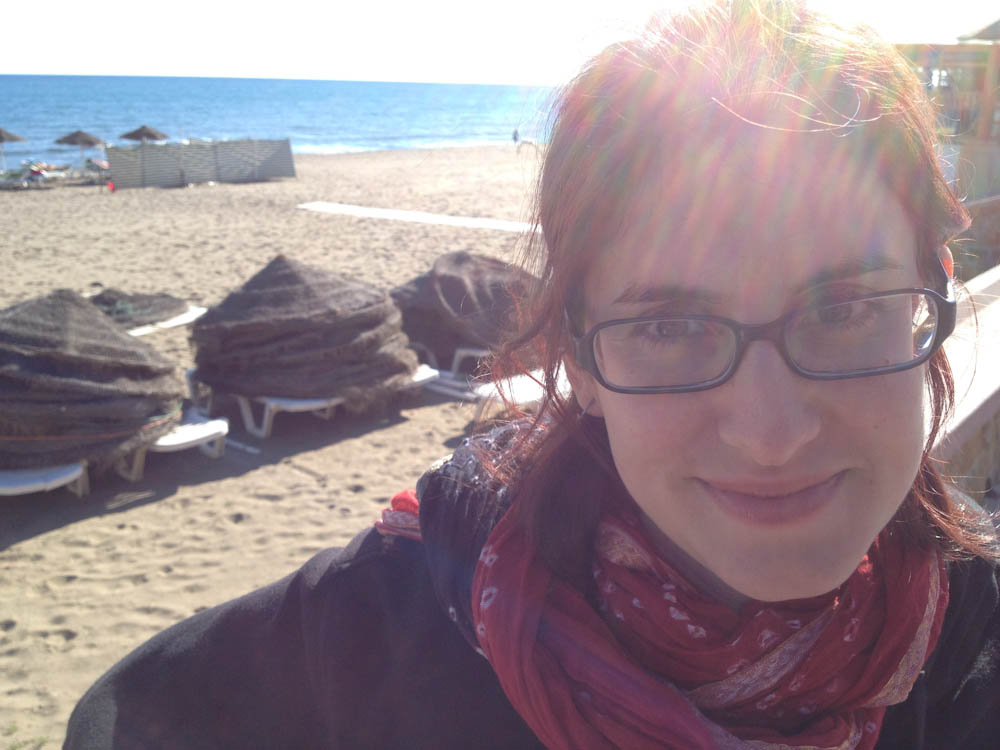 According to some, Torremolinos is the place that “used to be” but no longer is. But allow us to disagree.

Although the majority of the people in town were old couples in search of a ray of sun (we could tell most of them were from Northern Europe) Torrremolinos is still a place that is “in” for the simple fact that it is a very pleasant sea-side town. You  can easily fill your time taking walks, dipping your toes in the Mediterranean (but not much more than the toes this time of year!) and eating the typical fritura malagena, which is a traditional local dish consisting of assorted fried fresh fish. 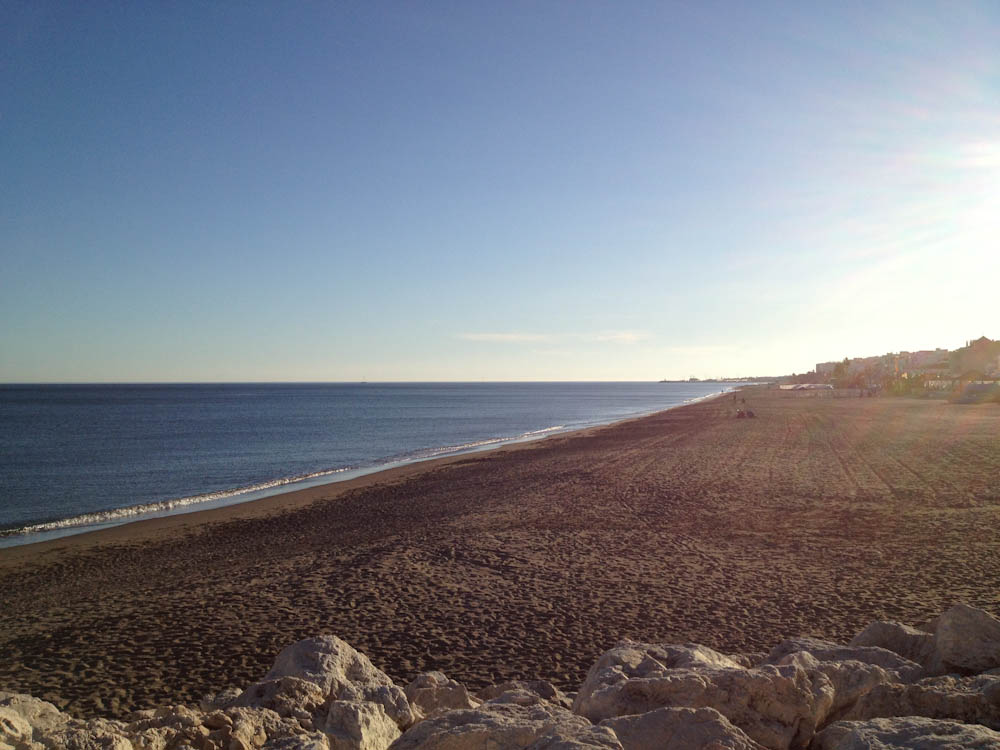 If we were to swim across, we'd end up in Africa!

If I had a postcard printing business I would probably take a lot of images in Cordoba. This city doesn’t have the Alhambra of Granada (it does have a very big alcazar with Arabic baths and all) or a cathedral as big as the one in Sevilla. But Cordoba can rely on the magic of its cobblestone roads (where it is very common to see tourists passing by in horse carts) to keep visitors satisfied. 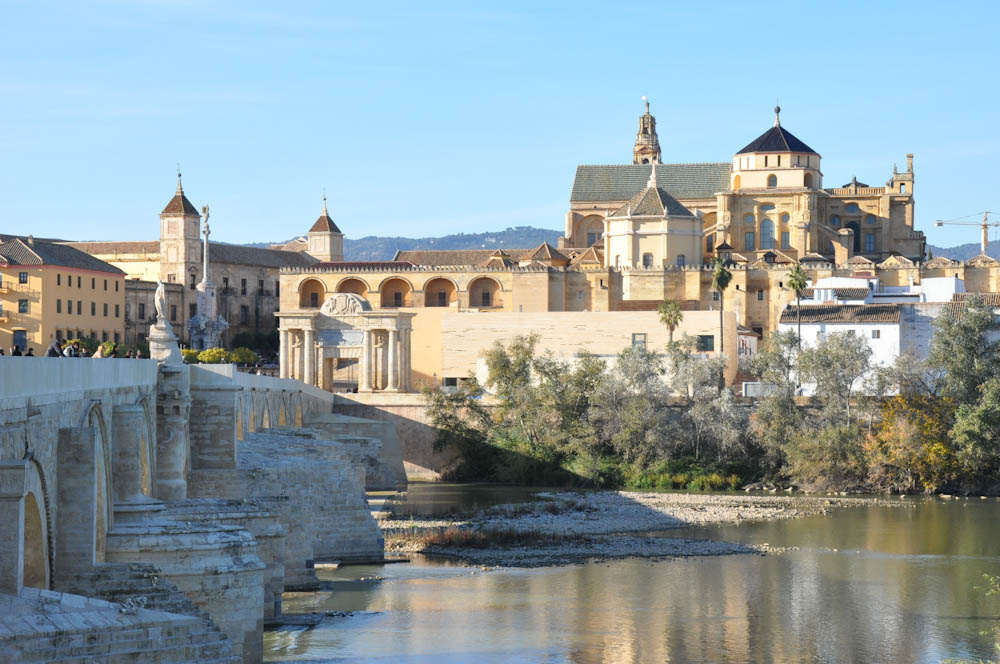 One of Cordoba's many bridges

We walked around the historical area, including the patio of the cathedral, joyfully colored by orange trees full of fruit, and the Juderia, which was once upon a time the neighborhood where Jews used to live. 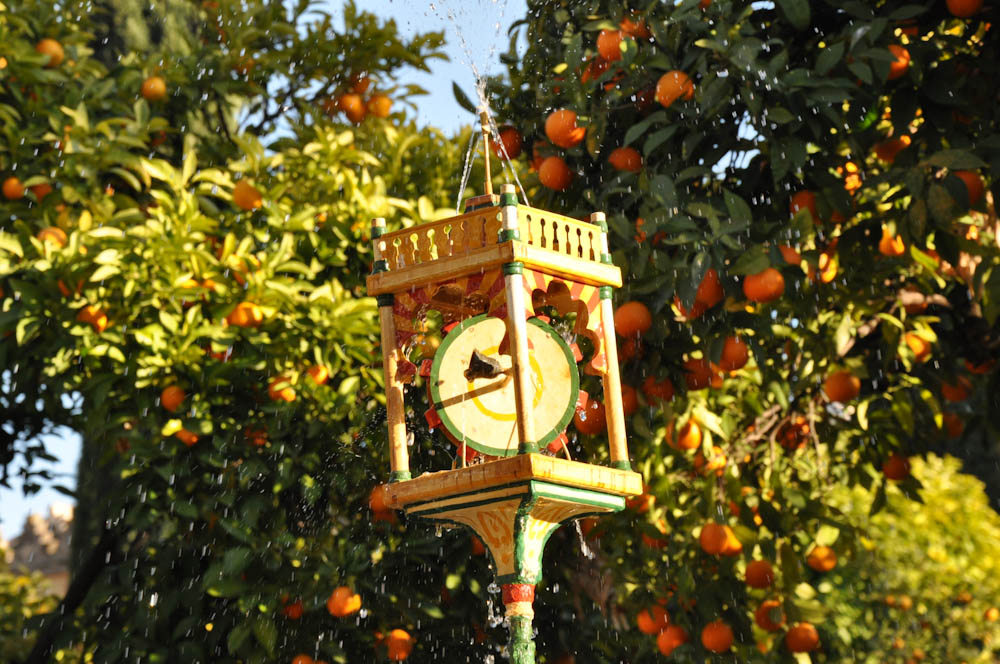 At the orangy pateo of the cathedral

Here, both Ashray and I visited a synagogue for the first time. 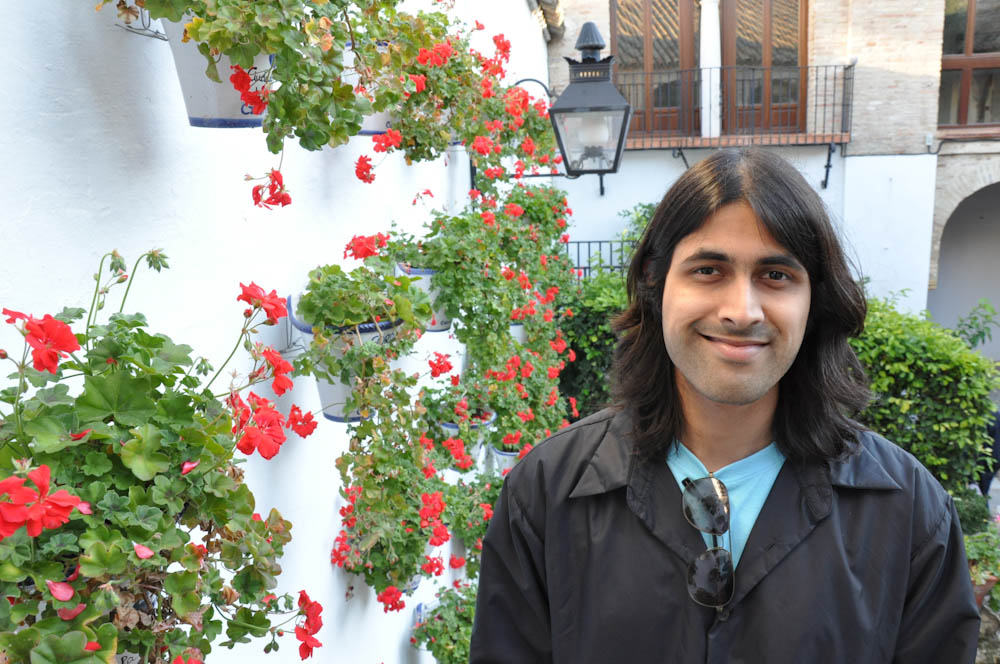 At Cordoba's "Juderia" there are flowers everywhere!

If it is true that Andalucia is a beautiful region, it is also true that most big cities have somehow similar historic sights, with particular focus on a main cathedral and an alcazar (sort of palace built by the Moors and later on taken over by the Christian rulers). Sevilla was no exception. I guess as it was the last place we visited in Andalucia it did suffer from our overload of history in the previous days. But don’t let this turn you off if you plan on traveling to Southern Spain. 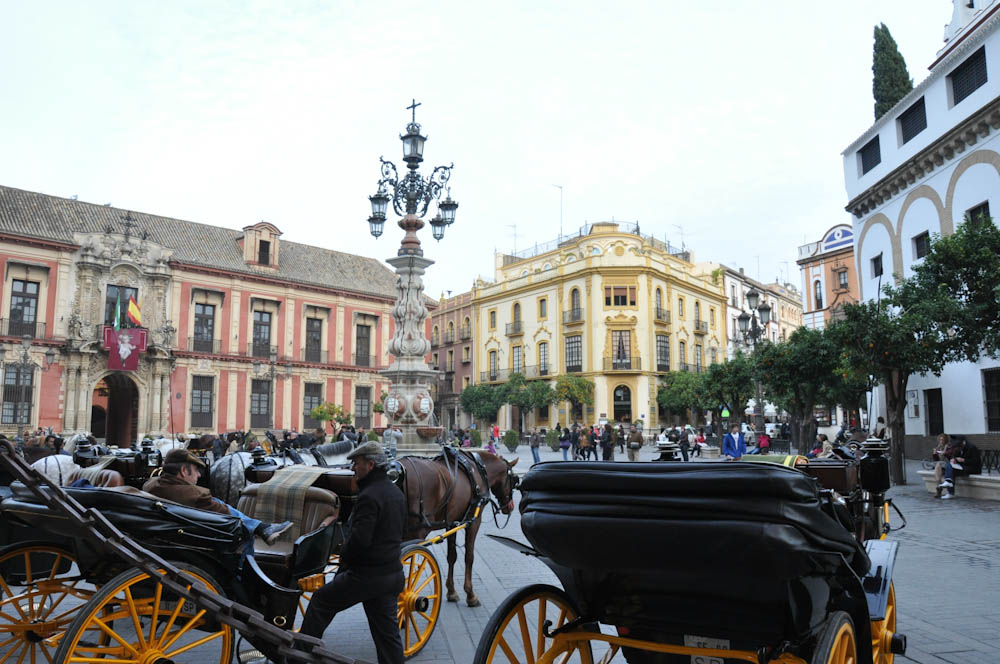 Sevilla, around the cathedral area

Sevilla is well worth a visit! Not only to see its historical buildings, but also to experience its culture, in the form of Sevillanas and Flamenco music (which we didn’t get to experience live this time) or food & drinks.

You can tell that people in Andalucia are generally happy folks and, being Spanish, they sure like to party! The streets are always full of people (and they say there is a big crisis going on? We couldn’t tell!) and more than once we came across folks that would start singing and clapping out of the blue.