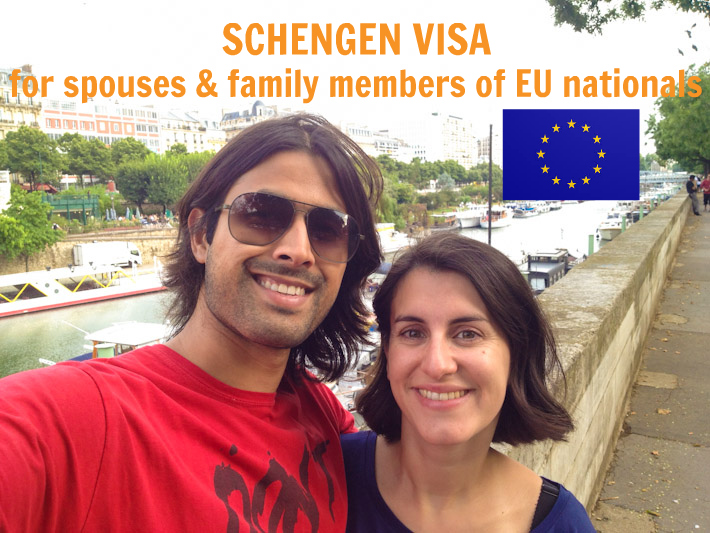 In a previous post, I had mentioned how it was pretty hard to get a schengen visa to travel to Portugal in 2011. The issues were compounded by the fact that I had recently quit my job in Dubai to travel the world and as such, an un-employed [self employed ;)] single Indian male represents ‘significant illegal immigration risk’.  Obviously I had no intention of immigrating but it gets hard to prove these things through documentation, especially because I didn’t have a ‘strong reason to return’ (proved by an employment letter normally..), in fact, I wasn’t going to return, I was off to Mexico after that!

The basic Schengen visa rules mostly evaluate you for illegal immigration risk. There is pretty much no other concern on their minds. This can be understood very easily from the various Schengen visa handbooks that every consulate uses to decide on visas. The handbooks are available online.

These handbooks very clearly describe the rules for Schengen visas for anyone and actually make for quite an interesting read. The basic premise is that you need to prove that you will return, and that you have enough money to make the trip. They may ask you for a slew of documents (air tickets, hotel reservations, bank statements, income tax returns, employment letter’s, rental contracts, property deeds, etc.) to prove this. This usually makes the process quite annoying and invasive.

However, I understand the administrative reason for the Schengen Visa Code. There are so many different countries issuing Schengen visas that it’s important to adhere to a uniform and unfortunately rather strict code. Plus, there is always the risk of illegal immigration.

However, this post is about Schengen visas for spouses of EU nationals. Of course, if you do not need a visa for the Schengen territories (citizens of USA, Germany, New Zealand, etc. ) then you just need to arrive at the border.

For the rest of us, the process is also simplified greatly once you are married or in a documented civil partnership. The Schengen visa process for spouses of EU nationals is covered under the Free Movement Rights for European Union citizens. Under these rules, the non-EU spouses of EU nationals have the same rights of free movement as their EU spouses as long as they travel with their EU spouse.

What does this mean in practice?

Basically, as the non-EU spouse of an EU national you can go to any country except their home country as this falls under them exercising their free movement rights. Furthermore, in most cases, even if you arrive without a visa at the border, as long as you are together (or joining your spouse in the member state) and can prove your relationship, you will be granted entry. Several people have used this provision in the past although it’s usually much harder to do this arriving via air due to the fact that airlines don’t usually know these rules and will deny you boarding. So, if arriving by air, always get your visa in advance.

The directive lays out in clear language what rights are granted to non-EU family members of EU citizens.

So, getting Schengen visas became a lot easier ever since Zara and I tied the knot! Of course, we have a US issued marriage certificate in English that has been apostilled by the Nevada Secratary of State. Furthermore, we had our marriage certificate legalized by the Portuguese Consulate in San Francisco. This is a small stamp that they placed on the document and charged us about $23 for it. Basically, make sure that your marriage certificate is in a position to be recognized by an EU country. If you got married in a country which ratified the Apostille Convention, then an apostille stamp on the certificate should be enough as all EU countries recognize documents with apostilles.

Applying for a short stay Schengen visa (up to 90 days per 180 days) is now much easier. All you need to do is provide:

- The visa application form with a photograph

- Copy of your spouse’s EU passport

The visa is free of cost and is given on an accelerated basis. What this means is that the consulate cannot ask you to go through a third party service (like VFS, BLS, Travisa, etc.) as you would have to pay their service fees. Furthermore, the consulate should process your visa in a timely manner.

Both consulates (San Francisco as well as New Delhi) when queried over the phone initially requested the whole array of documents (tickets, hotel bookings, bank statements, etc.) but when Zara spoke to them and mentioned the rules for spouses, they processed my Schengen visa within 24 hours without any additional documents (except the medical insurance I mentioned). The language of the directive is quite clear:

The right of entry of your third country family members is derived from their family ties with you, a Union citizen. All the Member State consular officials can ask for is their passport and a document establishing their family ties with you, such as marriage or birth certificate and proof of dependence, where applicable. Your family members cannot be asked to present documents such as travel tickets, employment certificate, pay slips, bank statements, proof of accommodation and means of subsistence or a medical certificate.

The visa granted under these rules is a short stay Schengen visa. So, you can only use it to stay 90 days within a 6 month period. Also, both times I received a visa with 6 months validity. I had written a letter to the Portuguese Consulate in New Delhi requested a longer visa (5 years validity, which is the maximum) as a family visit need might arise at any point of time, however, they still issued a 6 month visa and the man at the counter said: “It’s because our system is limited to just 6 months, but you can apply again when this one runs out because it’s free anyway, haha”.

Haha, but I don’t buy it. I’m sure they issue visas with longer validity periods but the next time I apply, I shall make another request for a visa with a longer validity. In fact, the consulate in San Francisco had mentioned earlier that I could get a longer validity visa in my home country.

You can also apply at the consulate of any Schengen country but it’s always best to apply at the one where you are going to visit. In our case, we will always visit Portugal and Spain when we go to Europe so it’s a no-brainer to apply at the Portuguese Consulate in New Delhi.

If you are the spouse/immediate family member of an EU national and are applying for a Schengen visa, make sure you inform the consulate of the rules in case they ask for extra documents. It is always important to ask for your rights and in the case of the EU, the good thing is that all the relevant laws are available online. If required, carry printouts of the relevant pages with specific passages highlighted for the benefit of the consular officer.

Ultimately, as the family member of an EU citizen you do have rights inside the EU, although for stays longer than 90 days you would need to register as a resident and you also have a right to that as long as your EU spouse is exercising treaty rights – so it should be a fairly simple process.

For more information, please consult the Directive 2004/038/EC and the Guide to the Directive published directly by the EU commission. If required, do not hesitate to present these rules to the consulate you are dealing with as they are bound by these laws and must follow them.

The UK is going to vote in June regarding whether they will stay or leave the EU. How is this related? Well, as part of the “stay” deal, the UK has negotiated some rather worrying terms with the EU regarding the free movement rights of non-EU spouses.

The Commission intends to adopt a proposal to complement Directive 2004/38 on free movement of Union citizens in order to exclude, from the scope of free movement rights, third country nationals who had no prior lawful residence in a Member State before marrying a Union citizen.

What this means is not fully clear yet and there has been no clarification issued on the subject. However, the aim seems to be to limit the free movement rights of non-EU family members and bring their movements under the purview of national family re-unification laws.

There is a lot of confusion regarding the situation including how non-EU spouses who have already moved to the EU with their family are going to be treated under the new regulations. For now, if you are planning to move to an EU country and exercise your free movement rights with your non-EU spouse, the best advice is to move before the UK referendum if possible.

The UK has voted to LEAVE: