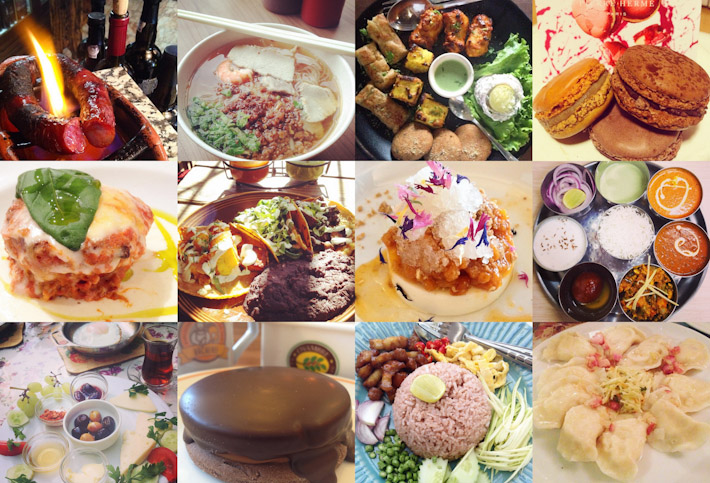 How Food Feeds Your Wanderlust

We were riding an Uber the other day around Brooklyn, when I started thinking about how different it must be when you grow up in a city like New York. Well, at least as compared to me, coming from a small town in the North of Portugal.

During a trip that didn’t take longer than 15mins, we had already left the area where we were living, where inhabitants are a mix of hipsters and older Italian-American residents. We passed sectors marked by a strong African American population. And also neighborhoods where people roaming around were wearing typical Jewish outfits.

I thought of how easy it is to forget about the rest of the world when you live in a city such as this. So many cultures are present in New York, that people raised in this city probably have an appreciation of the world quite different than mine and other individuals brought up in small and definitely more homogeneous places.

Everyone was the same where I come from. During all my school years in my home town I only knew one black kid, for example. I still remember him clearly, even though we were never really close. But he was the only one around who was a little different. He was adopted, so not even his parents were black. And the truth is that, culturally, we were the same. So it wasn’t even that different.

When you live in a big multicultural city, you can have breakfast tacos in the morning, Chinese buffet for lunch and pasta for dinner. Or you can get your groceries at a farmers market from a Mexican man, do your laundry in a place run by a Filipino family and go out for dinner at an Ethiopian restaurant.

Out of all the circumstances that facilitate your acquaintance with cultures different than yours, food is probably the most obvious and easiest to experience. When you eat foods that are typical from other corners of the world, you may get curious about what life is all about in the place that created those dishes. You wonder what people over there live like. Eating out in such a pool of varied restaurants, not only lets you feed yourself, but you also feed your wanderlust at the same time.

Even though we have thought about visiting Georgia before, for example, it was a great Georgian meal in Manhattan that made it clear to us that one of these days we must definitely book a flight to Tbilisi.