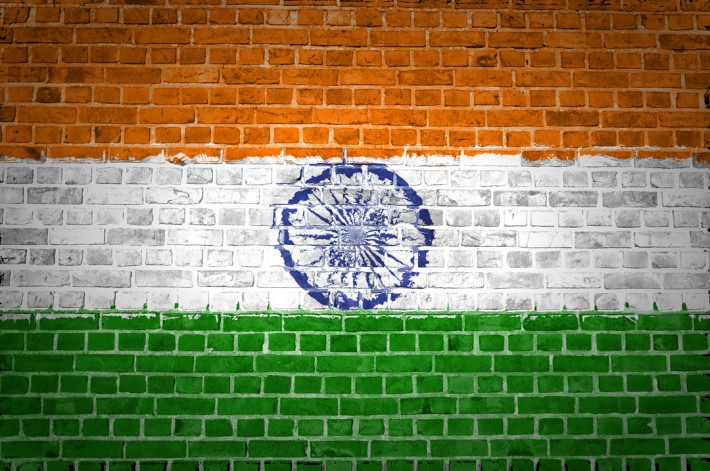 That India is a funny place, we all know by now!

No matter where you look or what you do around Incredible India, there is always some source of entertainment nearby. Could be the way things look, peculiar things people do or simply the contrasts between different traditions, tastes, senses of humor… For me, as someone coming from abroad, it’s a never ending source of amusement!

these are just some of them!

Restaurant signs are as hilarious as this: 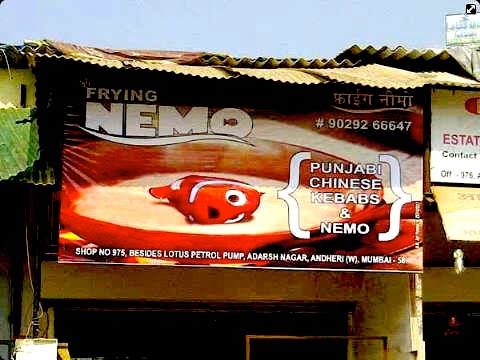 As if the movie wasn't sad enough… now they're FRYING Nemo!! :( WTF?! That's exactly what I thought!.. And street food stalls couldn’t be any less: As one of my Spanish cousins would say "Indians are very good with computers"!

A turban can replace a helmet!.. 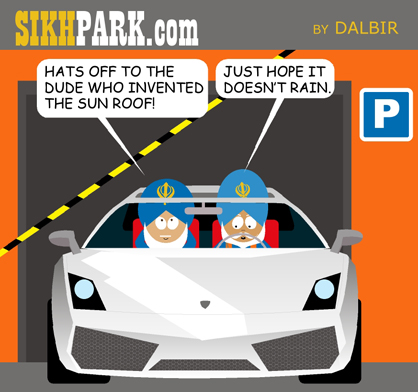 You read it right: according to the law in India, everyone should be wearing a helmet while riding a bike. But there is an exception based on religious grounds: Sikhs, who normally wear turbans, are exempt from this law. Sikhs are naturally as likely to have an accident as anyone else and, who the hell thinks that turbans are actually going to protect their head? One more example that religion and rationality aren’t always best friends.

Sikhs sure take their turbans seriously: I have a friend who swims in the sea with this turban on and I even read that Sikh soldiers have refused to wear helmets during wars!

Although Sikh ladies do not wear turbans, they do not wear helmets either: their religion forbids them to wear anything else on their heads rather than scarves. Once this is the case with women from this religion and no one is going to check, most women in India just skip helmets too!

May God protect their heads!.. 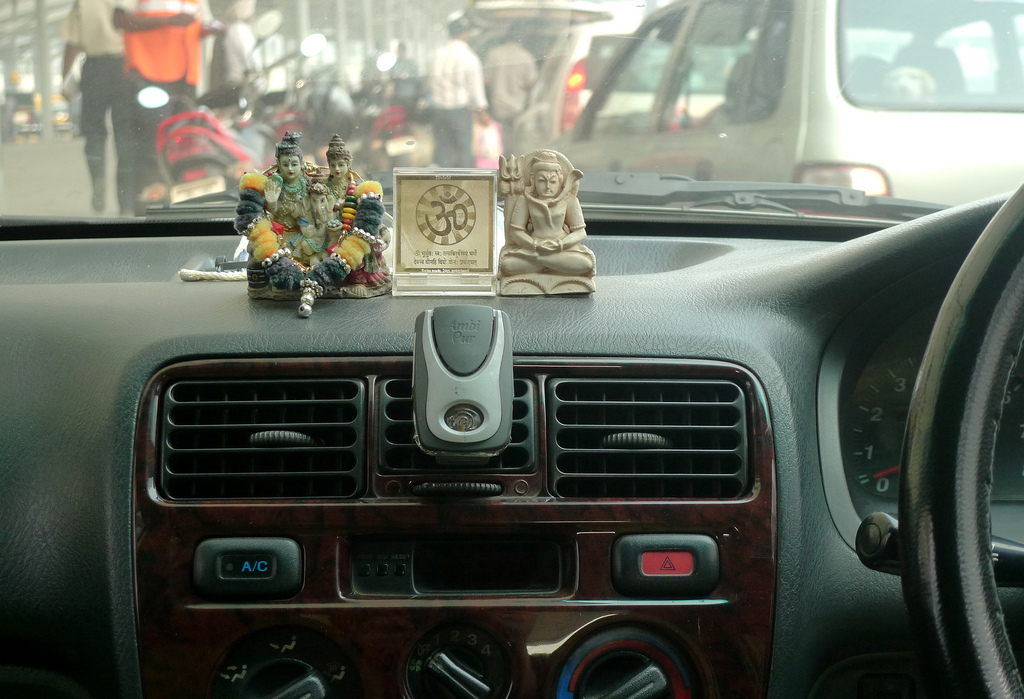 A temple in every man's car! (photo source & credits: http://bit.ly/UXz6nD)

When you get something new in India, it’s common practice to have a pandit (Hindu priest) over to bless whatever it is you got: a house, a car… Placing figures of your favorite religious idols in the car dashboard is very common too. Popular choices range from deities such as Ganesha or gurus like Sai Baba.

And talking about religion…

There’s a temple dedicated to… wait for it… RATS! 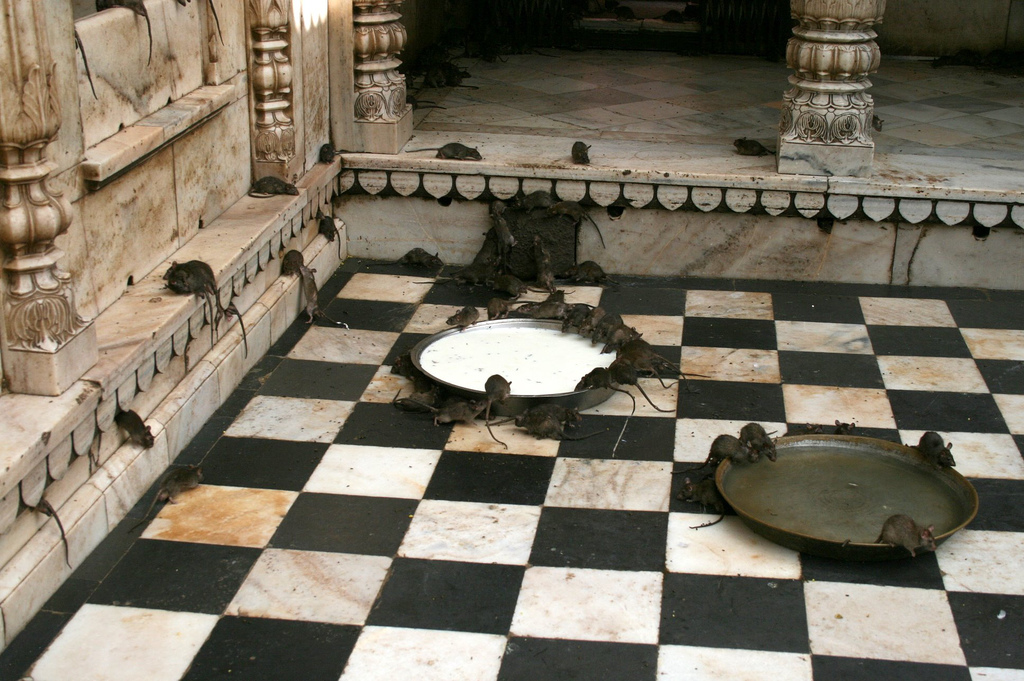 I am not a religious person and this temple is certainly not going to change the way I feel about the powers from above any time soon. I wonder what pest control companies in Rajasthan think about this: isn’t this ruining their business?!

The influence of Saturn is f*cked up!

You might be familiar with the fact that, still now-a-days, a great portion of Indians find a life partner via an arranged marriage. Apart from using friends and family connections to find your other half, ads in newspapers (and now websites like Shadi.com) are very popular. I was reading the matrimonial section of the newspaper one fine day when I came to know about the much feared influence of Saturn. According to the Hindu horoscope, some people are born under the influence of Saturn,  and this is one of the worst things that can happen to you when it comes to finding a suitable partner. That is why you’ll find specific sections in the newspaper’s matrimonial pages, aiming at pairing those poor individuals that, just as a result of bad luck, have Saturn messing up their lives: On related news, digging more info about malefic Saturn, I came to learn that those under the influence of Saturn are way more prone to have leprosy! Talk about bad luck!..

At this point, all I can say is that I’d actually love to meet someone who’s [allegedly] under the influence of Saturn to understand how that has affected their life – you? anyone you know? anybody at all? Please leave a comment below! 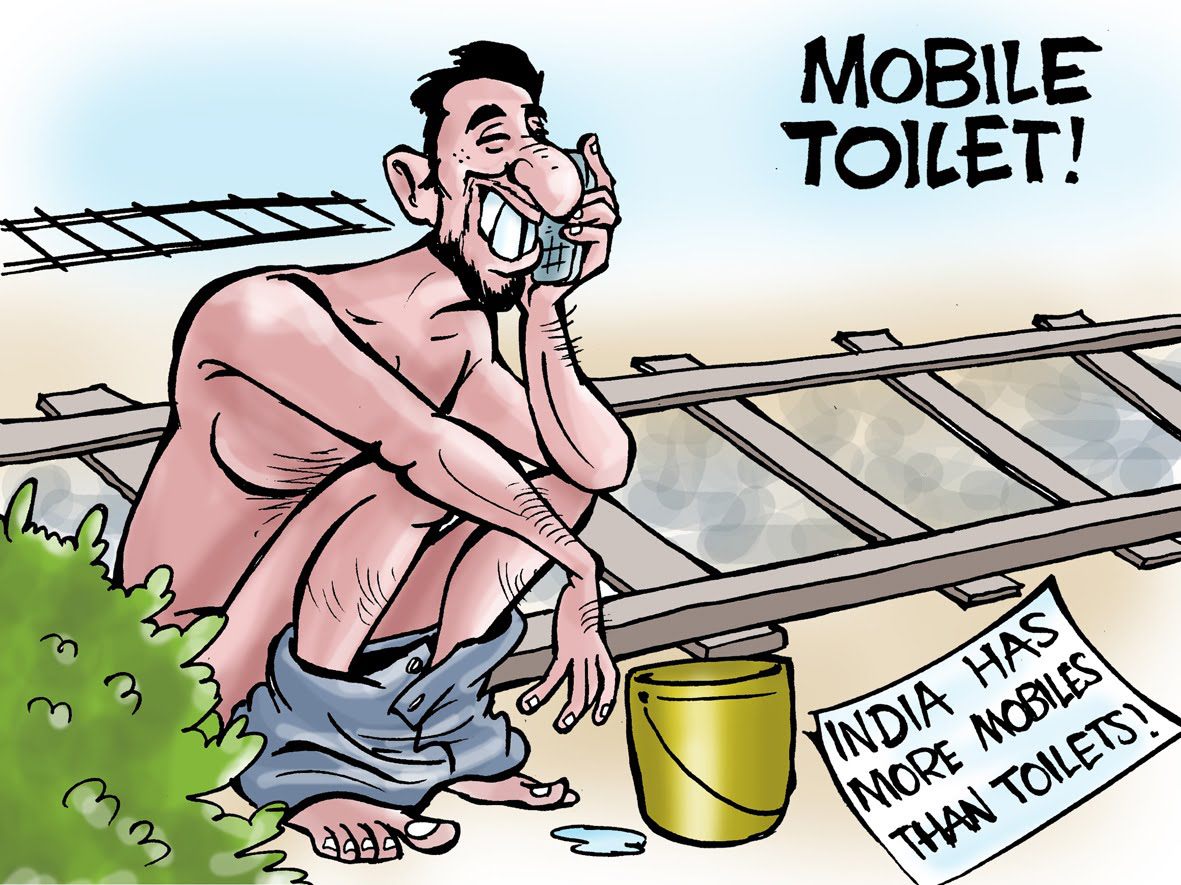 Entertainment in the loo!

When we went to Chennai last year, we were walking around and almost without realizing entered a slum kind of area. We continued walking regularly until I noticed that a group was looking at us with an intrigued look and, to my surprise, one of them was taking our video. These folks had no shoes and lived in houses made of cardboard and pieces of plastic. No house, no toilet and yet, not only they had a phone, it was a phone with camera! According to Wikipedia, 75% of Indians have a mobile phone. Yet only 35% have access to toilets. Talk about contrasts!

McDonalds has no beef burgers but KFC has curry! 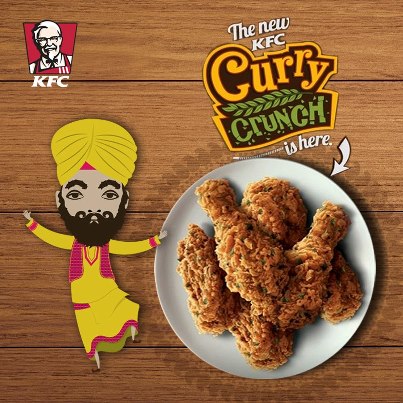 At KFC in India, there had to be curry! 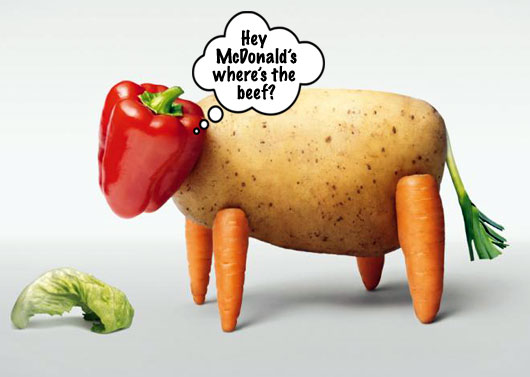 I know that international fast-food chains adapt their offers to the local taste no matter where. Yet, it’s in India where I’ve seen those adaptations going as far as a famous burger joint not having beef burgers or the fried chicken at KFC having curry flavor! I find these totally funny!

People shake their head the same way to say YES, NO, MAYBE or SO-SO 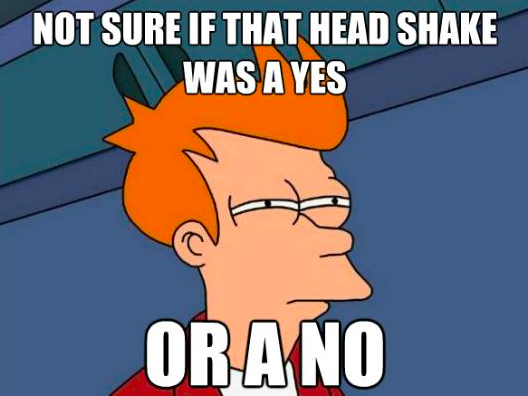 If you ask a question to an Indian person, you’ve got a very good chance the answer comes accompanied by a sideways head shake. The first time I saw this I didn’t know if the answer was “yes”, “no” or “more or less”. Turns out, most times it means “yes”, but it can also mean “sure… if everything goes well”, or “let’s see” or “I’ll take care of it.. eventually”. It takes time to get used to it and appreciate the little nuances that will make you distinguish what an individual’s head shake could actually mean in a given situation. As a foreigner, feel proud of the day you can interpret an Indian head shake. When you do, you’re pretty much on the inside!

Indians invented the Kamasutra, yet sex is taboo! 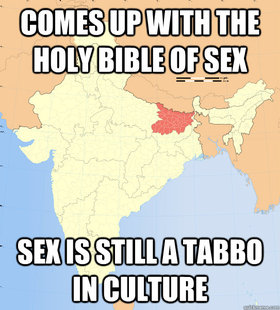 Getting laid in India can be a tough job. I’m not speaking for myself, but I know that young people can’t just get together and make love if they feel like. There is so much segregation between sexes that sometimes I can’t help but wonder: wasn’t this the culture that wrote/draw the sexiest book of them all? What about all the naked bodies sculpted in temple’s facades? Where has it all gone?

Bollywood loves to do remakes of Western songs… and they are awesome!

Pop culture in India is amazing. Apart from movies, songs, dances and all the crazy celebrity worship, one thing stands out to me when it comes to Bollywood’s creations: the remakes of popular Western songs!

Here are some great examples… and I will leave you to it to recognize the original songs!

And let’s end with this pearl… because I like saving the best for last!

Have you been to Incredible India?

What do you think is the funniest thing from India?