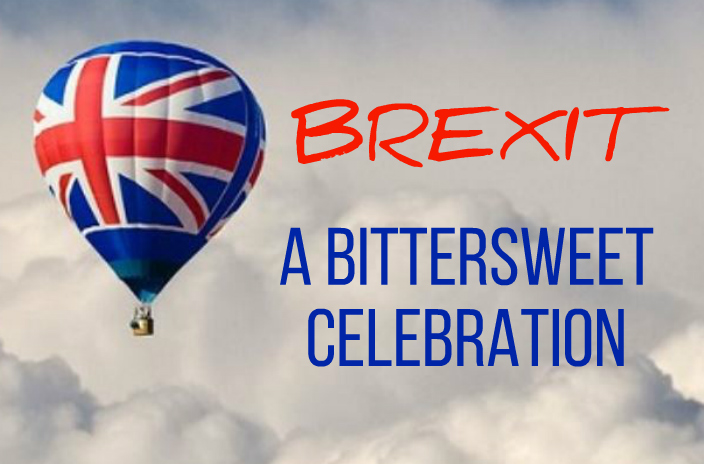 As an EU and non-EU couple, the UK referendum was a huge source of stress for us. The UK government, in exchange for a remain vote had negotiated a watering down of family rights across the entire European Union. Now that the UK has voted to leave, those rules will not come into force and all mixed families can breathe a collective sigh of relief.

Britain has been humming a divisive tune for a very long time. British citizens have been subject to insane family reunification requirements. If you are a British national and are married to a non-EU national, you have to fulfill a long list of requirements before you can live together in the UK. The same regulations apply to your children too. So in many cases, like for example, British couples who have American children (the children were born in the US) have not been able to move back to the UK as it would be impossible to get a residence permit for their children. Mixed nationality couples have been facing the same challenges.

People should be allowed to marry whoever they want. There should be no limits on nationality, race, religion, even sex. The right to family life is a right that every human being should enjoy. So what the UK government has been putting its own citizens through for the past several years is nothing short of a human rights violation.

The EU has more sensible rules and thus grants immediate non-EU family members (spouses and children) the right to free movement. This means that as a non-EU citizen, you can live with your immediate EU family anywhere as long as you can support yourself through work or savings. In February 2016, the UK government negotiated a new deal with the EU. One of the terms of the deal was to remove the free movement rights of non-EU spouses. This would mean that Zara and I would have no longer been able to live in the EU together.

Basically, the British rules are broken as far as family reunification is concerned and the UK would have liked nothing more than to push this disgusting system onto other EU nations in the name of “taking back control of the borders”. This change came about because British citizens cannot easily move to the UK with their non-EU family members, but EU members can do so fairly simply as their rights fall under the EU free movement directive. It’s not surprising that the past few years the home office has been ignoring EU regulations and has been doing everything in their power to prevent EU citizens with non-EU family members from exercising their free movement rights. They have done everything from threaten to deport family members, retain their passports, not grant entry visas, intimidation tactics and more. All this even though EU law grants them the full right to remain in the UK as a family unit.

Considering how the UK has been treating its own citizens (remember human rights violation?) the logical step would have been to fix their own immigration rules. The entire rhetoric of the leave campaign centres around “taking back control of our borders”. However, the UK has always been capable of modifying its own rules to reunite the 18,000 British families that have been torn apart because of them. Eurosceptics inside the UK say that once uncontrolled EU migration is controlled, they will be able to address these domestic issues. How is it justified to treat your own citizens this way for years on the basis of immigration quotas when you have all the power in the world to fix it? The EU didn’t split these British families, the UK government did. This is a typical case of blaming your inability to fix problems on another entity.

We never wanted to live in the UK. But we sure as hell never wanted to lose our right to live in other EU countries so that the UK would be nice enough to remain in the EU. No thank you. Many EU countries still respect family rights and in my opinion this is the way it should continue to be. Yes, there are many issues the EU needs to deal with and many areas where it’s a disappointing organization However, I truly believe it’s an enormous achievement that Europe has managed to integrate itself as a peaceful and economically productive bloc in the same century it faced two devastating large scale wars on its own soil. The UK never really wanted to be a part of this project with all their exceptions and special conditions. Perhaps it’s better for Europe to continue on this path without needing to drag along their vociferous problem child.

Of course, this is a sad day for global integration and gives a huge boost to xenophobia, racism, nativism, nationalism, and many other forms of bigotry. Within the UK, almost 50% of the population is unhappy with the result. This shows that this is an incredibly divisive issue. A lot of EU nationals living in the UK would be feeling quite unwanted at this point of time. The same goes for lots of British people living in the EU. The good news is that most likely, their situation will not change and they can continue with their lives as before. We would have liked nothing more than for the UK to remain in the EU and truly embrace the integration project. But with the agreements that David Cameron made in Feb 2016, not to mention the constant whining over the past 40 years, a remain vote would have seriously damaged the principles behind the EU and would have personally affected us greatly. Perhaps the principles of the EU are too idealistic, and perhaps the EU will fail in its own way, but at least at the end of the day, we’d be able to say that we tried. The UK will not get to say that.

And so, today we celebrate a bittersweet Brexit and hope that the world continues on a path to peace, togetherness, and tolerance. Imagine there’s no countries
It isn’t hard to do
Nothing to kill or die for
And no religion, too
Imagine all the people
Living life in peace… You…