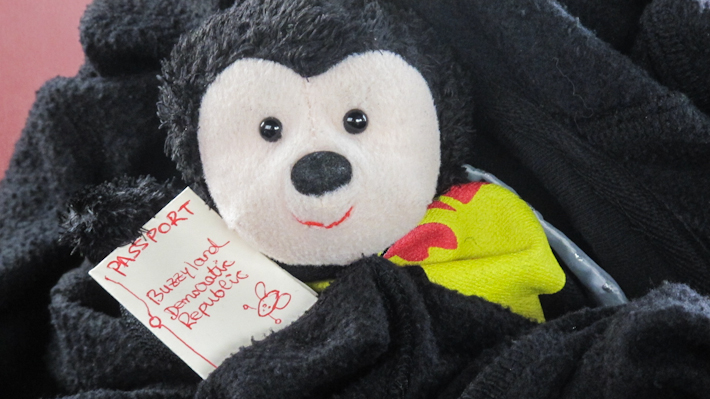 You know the tagline of Backpack ME is: Piggy-back ride with A&Z! That’s also our name on Facebook and Twitter… but the truth is that there is someone else behind Backpack Me, apart from A&Z.

Shehedbee, also known as “Bee”, is our loyal companion and has traveled to many places around the world with us. You have probably seen her photo in previous posts or in our Instagram feed, because she’s always around and ready for adventure!

Today it completes 2 years that Bee has joined us, so here’s a little tribute to the 3rd element of Backpack ME!

In the Middle East

Before she became a world traveler, just like us, Bee used to live in the Middle East. 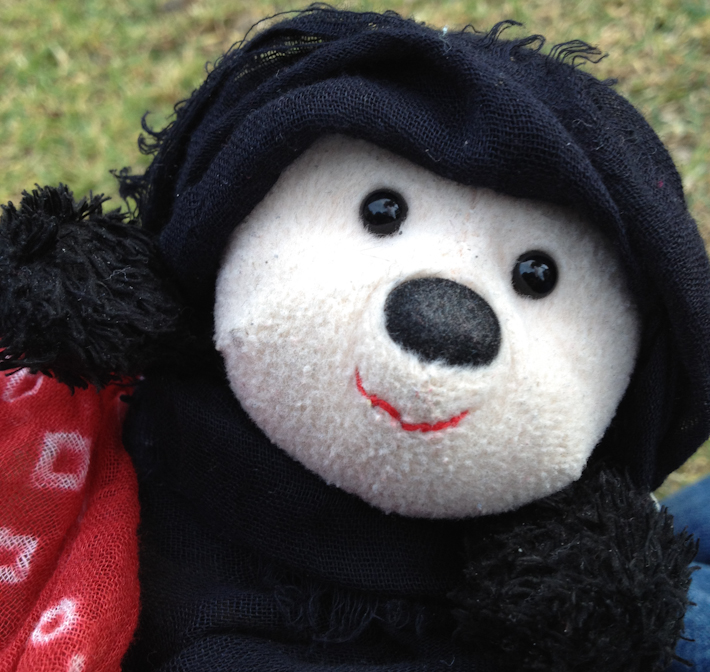 It's always important to dress according to local customs

While we were working and saving money to travel the world, she spent her days watching TV shows and day dreaming about far away places beyond the desert… 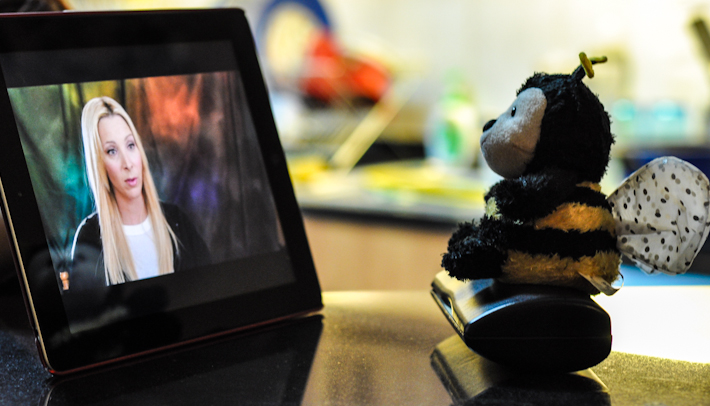 It was in the Middle East that we took our first big trip together, to Oman, where we visited the luscious landscapes of Salalah and met a bunch of friendly camels: 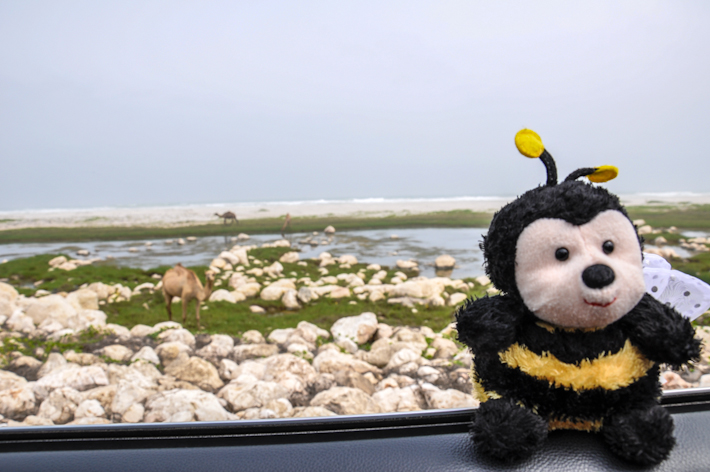 It was after that trip together that we all started planning to quit our jobs to travel around the world! 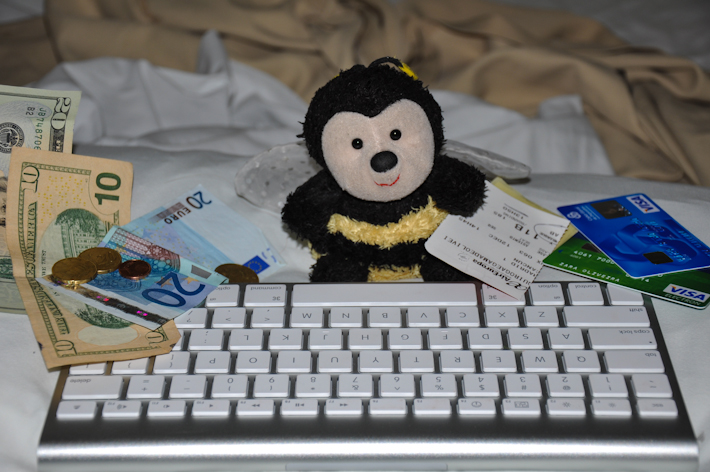 Counting all the savings for a RTW trip

Before heading out to spend a year around Latin America, we went to Ethiopia. Not only the country is beautiful, they have some pretty spectacular monuments and cheerful people, they also have incredibly good coffee. 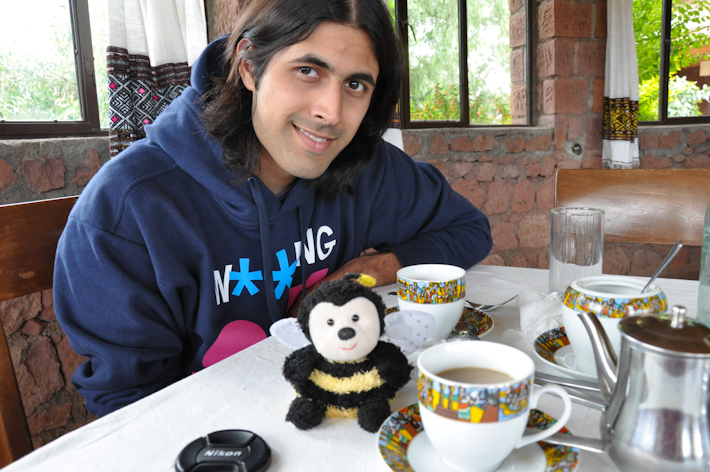 Still, before the Latin adventure, we passed by Europe, to say bye to the family…

With family and friends in Portugal

… and why not, do a road trip around Spain for a couple of weeks too! 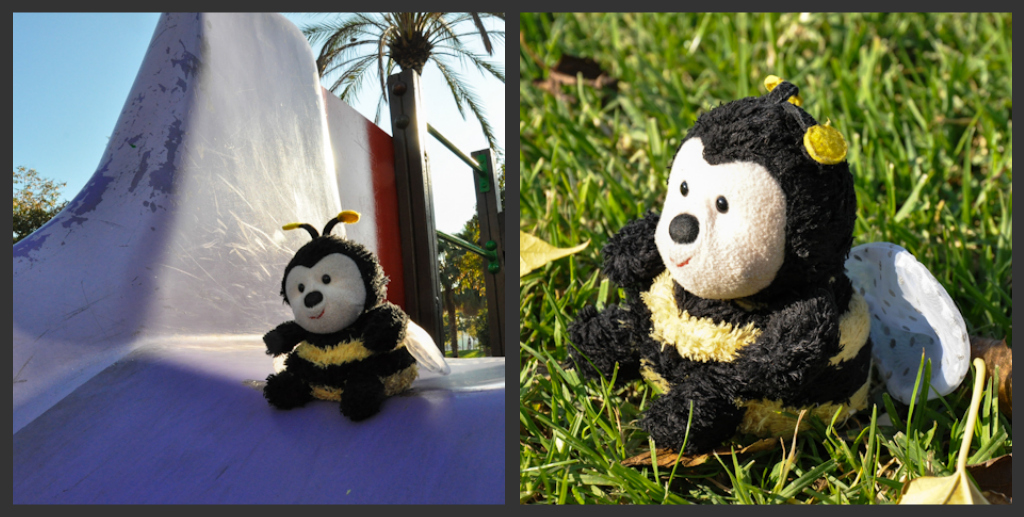 It's a sunny day at the park in Valencia.

Traveling is not only about fun. Actually, it’s mostly about experiencing, learning and coming across new ways one can contribute towards making the world a better place. Bee knows that, and the AIDS awareness campaign she took part in while we were in Spain shows it! 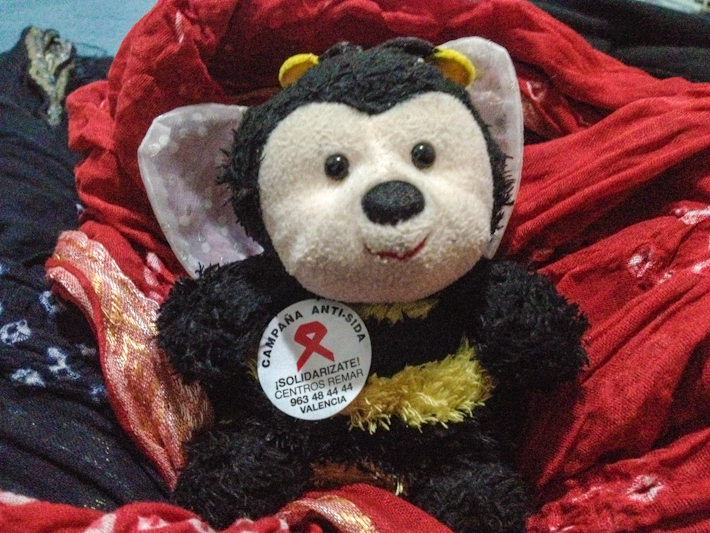 Participating in an AIDS awareness campaign in Spain

After crossing the Atlantic, it was non-stop for A, Bee & Z.

We started off in Mexico, lounging at the incredibly beautiful beaches of the Yucatan Peninsula, indulging in food with such an intense array of flavors and, of course, visiting the historical marvels built by Mayans and Aztecs. 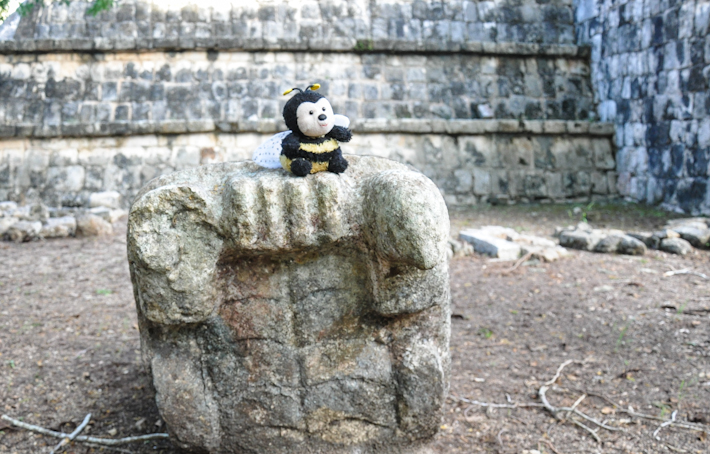 Around Chichen Itza, in the Yucatan Peninsula

And of course, there was tequila. Mucho tequila! 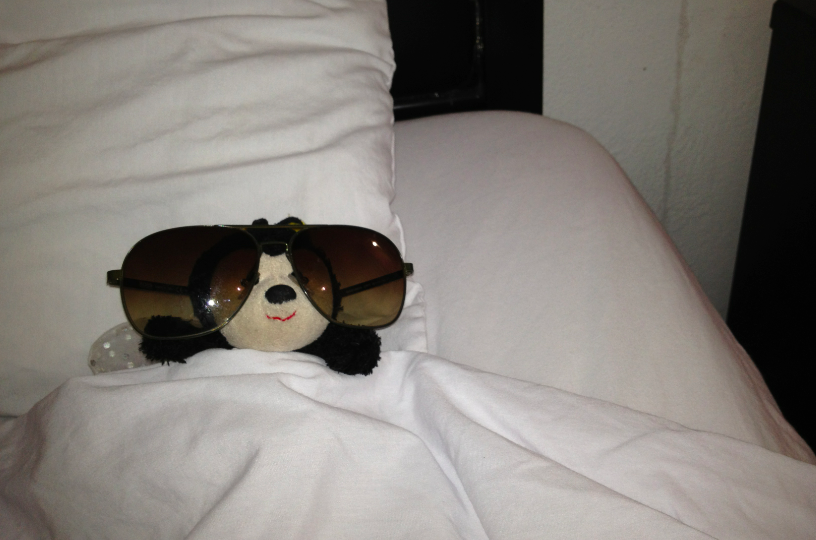 Going to Cuba was like traveling back in time. As there was no internet in the guesthouse we stayed at in La Habana (or almost everywhere else in the city) we downloaded the digital version of the Cuba Lonely Planet book before hand. None of us were fans of the LP books before, and this didn’t really change that… 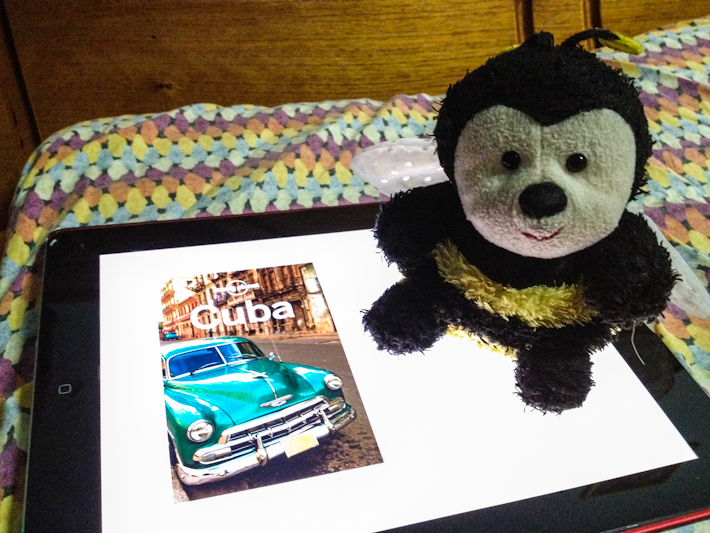 Amongst several travel related pleasures Bee has developed with us, love hanging out at the beach is one of them! Traveling around Latin America, there was plenty of that to keep us all happy! For example, the week we spent in Samara Beach, Costa Rica: 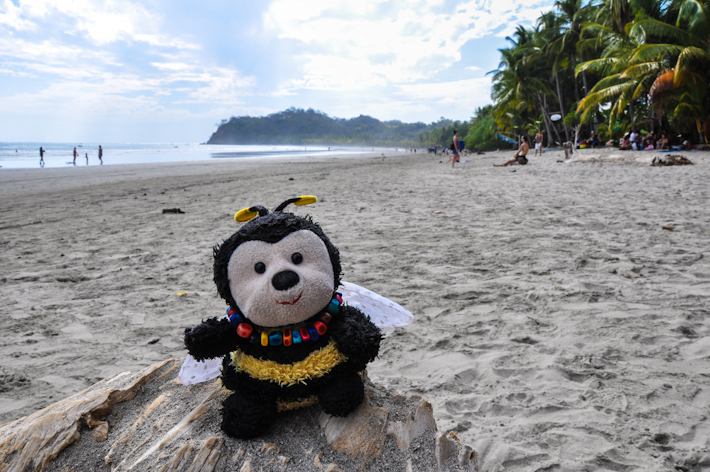 Still on a fairly tropical state of mind, we moved down to South America, and arrived to Brazil, just in time to celebrate “the biggest party on earth”: Carnival in Rio de Janeiro! 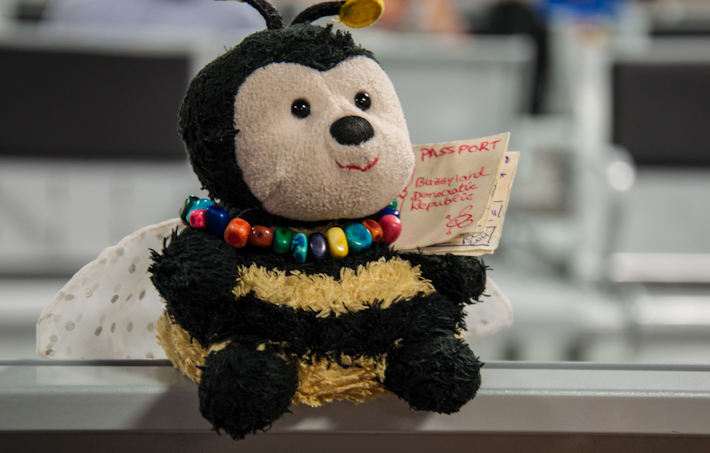 At the airport in Sao Paulo – our hub for the rest of Brazil!

After about a month all over Brazil, we decided to take it easy for a while, and so we rented a place for 2 weeks in Quito, the capital of Ecuador. There, we spent our time mostly blogging, doing homely things such as cooking, and trying out all the new foods we’d find at the local market.

It was in Ecuador too, before heading to the Amazon and the Galapagos Islands, that we celebrated Bee’s 1st birthday. As we’re all foodies, we treated ourselves to some fancy Italian cuisine and coffee pudding. They didn’t have Bee’s favorite, Indian butter chicken, but the food was delicious!

And because traveling means nothing if you don’t mingle with the locals, that’s exactly what Bee did in the villages up in the Andes: 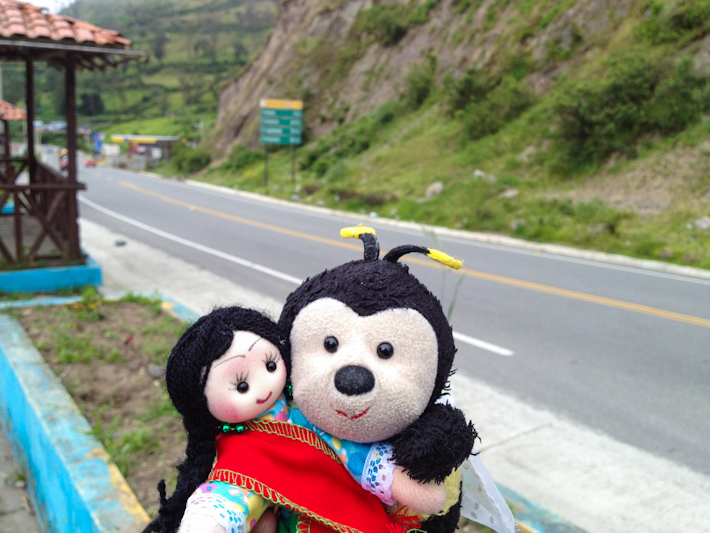 Bee and Abigail, on the way to Cuenca

After a rustic month in Ecuador, we reconnected with the city life-style in Santiago de Chile. 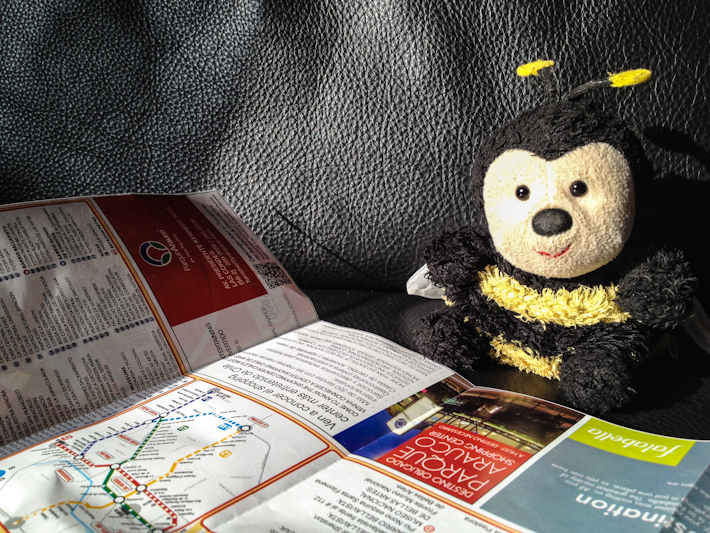 And once we craved nature and adventure again, we could easily find that around Chile as well. We explored the entire country, from glaciers to desert, from coastal towns to the Patagonia in the South: 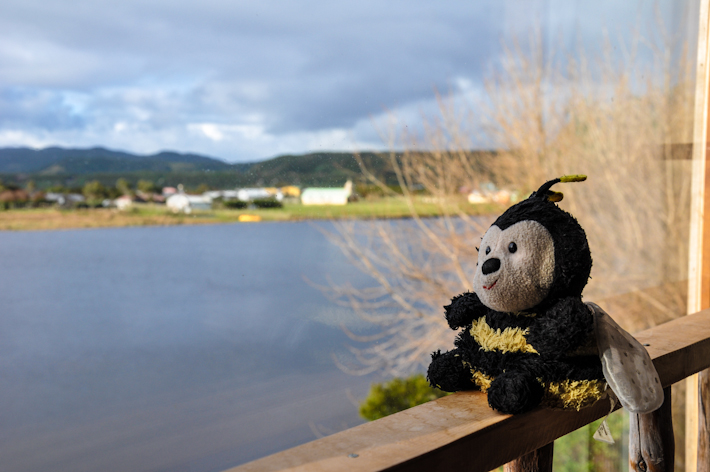 The freezing landscapes of Patagonia

Bee has even been to the “most remote inhabited place on earth”, that is, Easter Island! That’s a pretty cool one to add to your travel map, isn’t it? 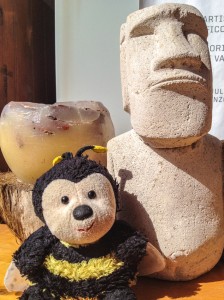 Yes, this is a mini Moai statue, not an oversized Bee.

Peru was one of our favorite countries last year and Bee had some exciting moments in there too. 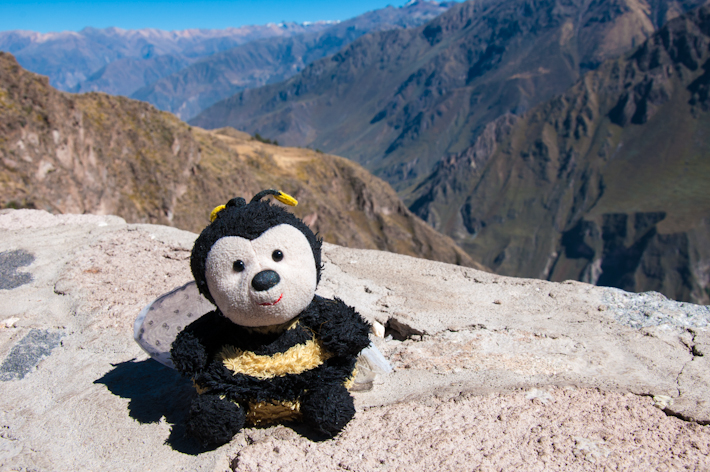 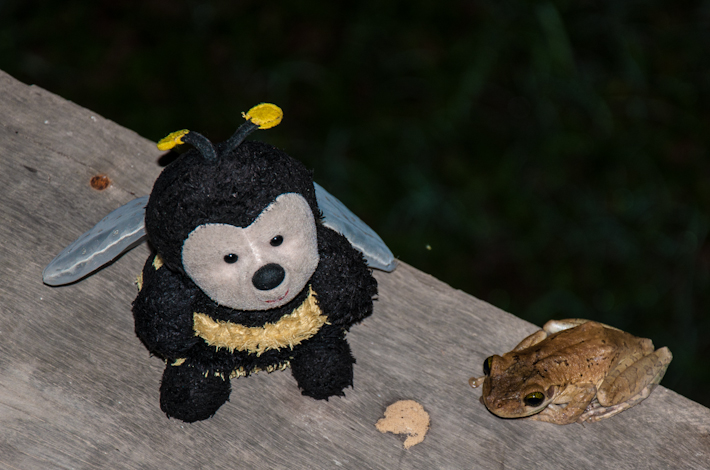 Deep into the Amazon, with Froggas

… she was also there in Machu Picchu when we got engaged! 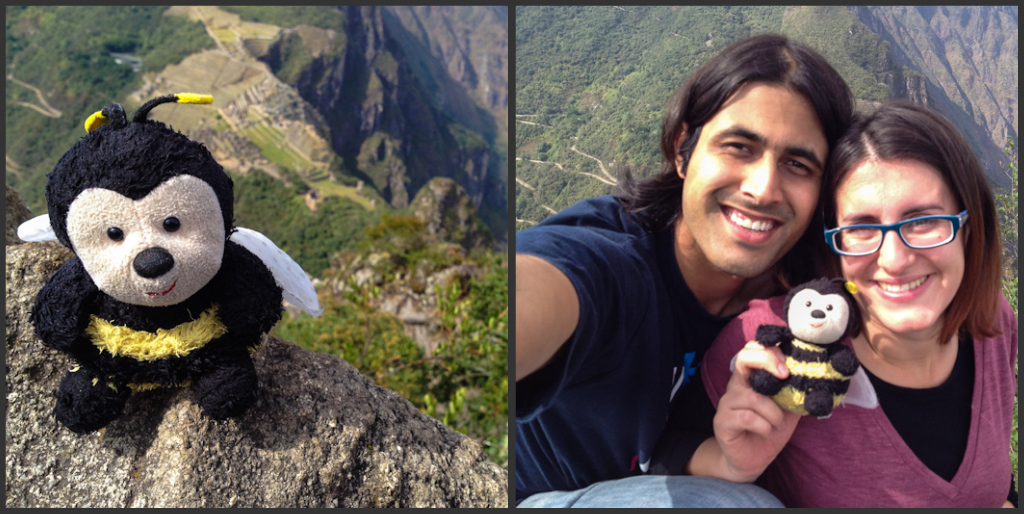 A day full of love, in Machu Picchu! 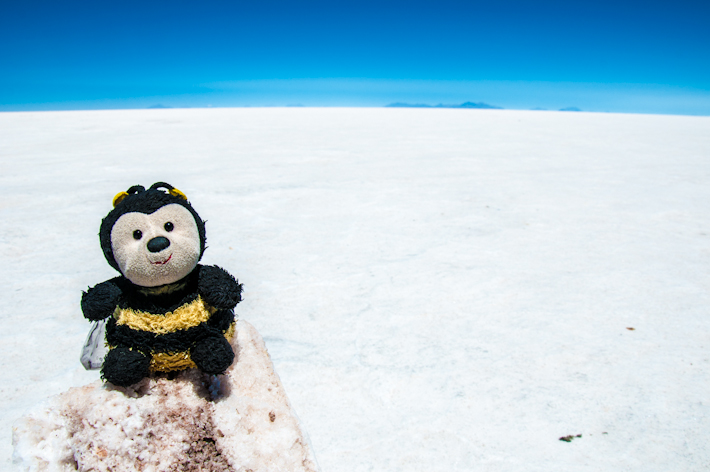 Everything looks white in Salar de Uyuni. Except Bee.

Recently, we’ve all been staying in India. We have just gotten married and we’re planning our upcoming travels, which we shall update you on very, very soon!

With Z, Dahi Voda and A in India

Bee is so much fun! She’s a great travel mate, fearless adventurer, foodie just like us and an art towel freak – no one digs hotel rooms and funky looking towels like she does! 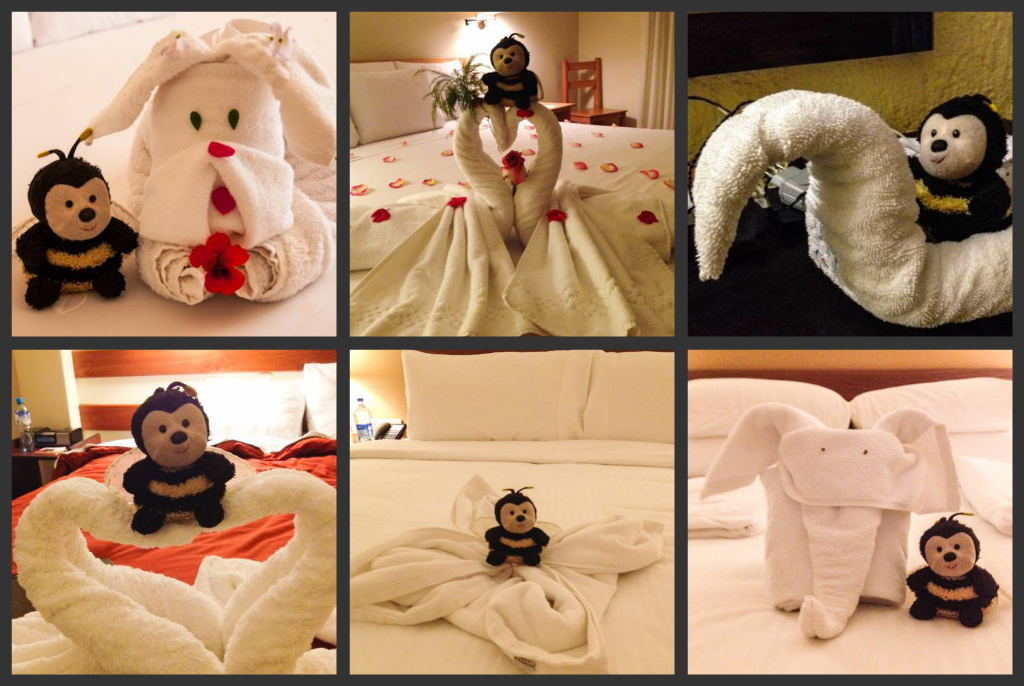 Enjoying towel friends all over the place!

But not everything is play. Bee also works hard on Backpack ME and she’s even been featured on ZITE as her photo was included in a very popular article Ashray wrote about traveling programmers and how to make a living programming on the road. 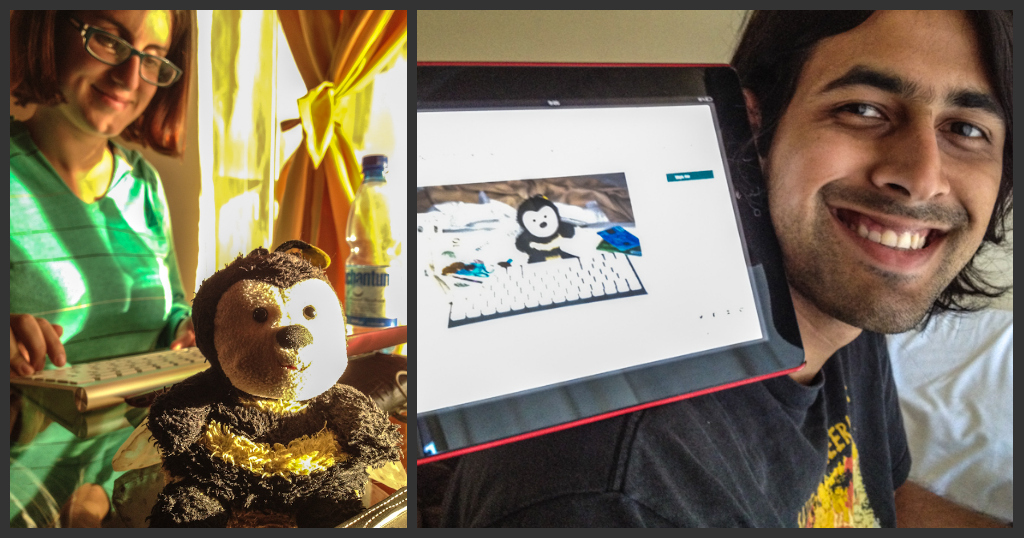 Blogging for Backpack ME

Wherever we go next, Bee will be there. And we hope you do too!