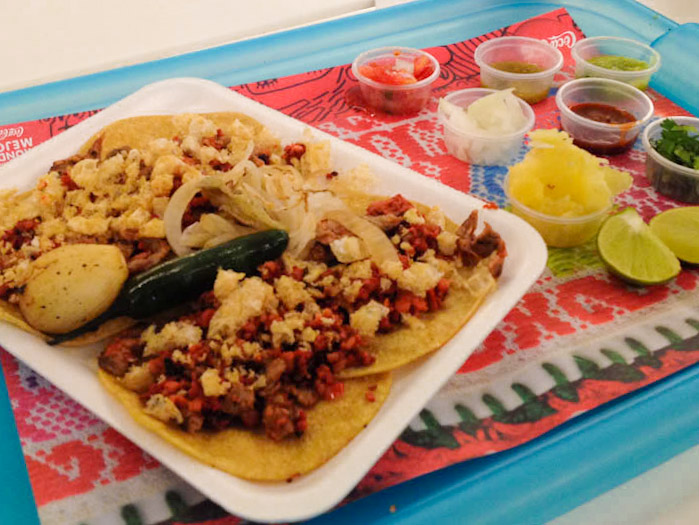 I’m sitting in my hotel room in Sao Paulo, Brazil and getting nostalgic about Mexico City. That’s how the Mexican black magic gets to you.

Our journey from Costa Rica to Brazil took all of 25 hours. Our plan was to fly North to Mexico City before taking another flight to Sao Paulo. While that does sound retarded, at $650 per person, we weren’t going to pass up on the agony of it!

What this meant was that we had 13 hours to kill in Mexico city! Awesome news! Returning to Mexico brought a strange feeling with it. It felt like going back ‘home’. When you travel long term, every day is a surprise, but sometimes you do crave familiarity. This is what Mexico city offered us. We knew that we were going back to a city where we knew the food, the metro lines, the places we would like to hangout at, and more! However, there was still enough of the ‘unknown’ to make it exciting!

We arrived in Mexico city at 10am and made our way through immigration which took only 5 minutes. 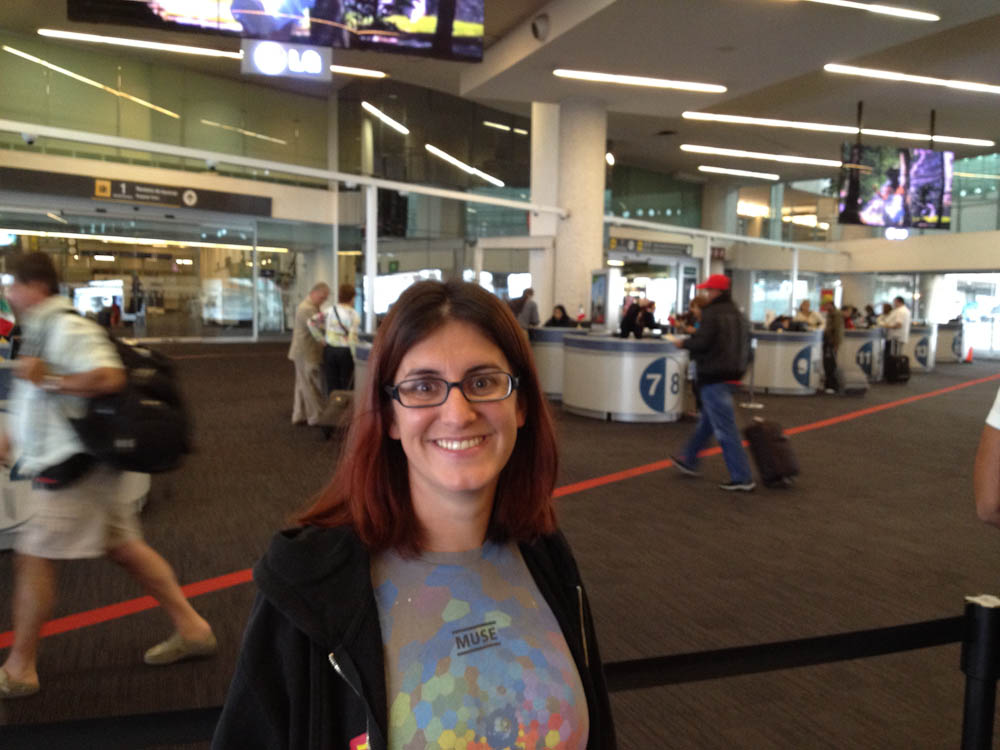 Waiting for immigration in Mexico City

Right after immigration we went to baggage claim. Mexico has a rule that even if you are transiting through, you MUST collect your baggage, have it inspected by customs, and THEN put it back in as checked in luggage. While going through customs, Zara misplaced her passport and this caused a little panic. However, the airport folks had picked it up and we found it the moment we asked an official. Phew!

The first thing we did after immigration was EAT SOME TACOS! I mean, if you’re in Mexico, this is the thing to do. I was surprised that there were no Taco stands near immigration :P After a delicious taco meal, we decided to head to the city center.

The day was quite wet and cold (10 degrees Celsius) but that didn’t dampen our spirits. The street vendors were in full swing! 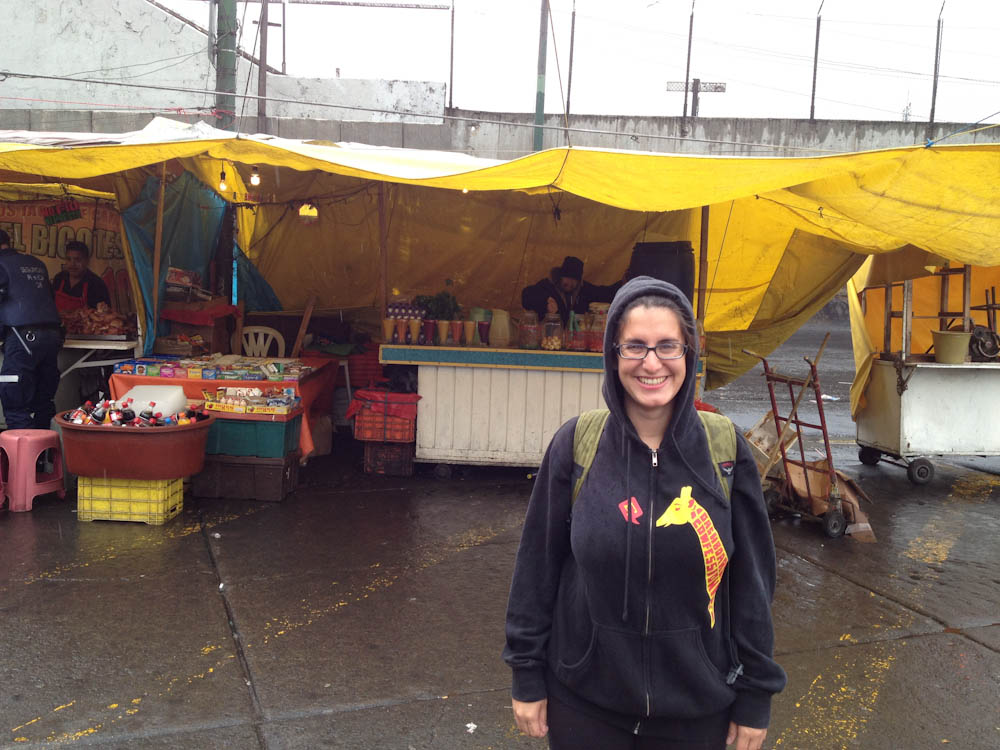 Rain and street vendors outside the Mexico Metro

We took the metro from Pantitlan to Reforma. Mexico is wonderfully interesting because it has a rich culture and history. The Spanish invasion did manage to change their language and religion, but their food, culture, and other aspects stood the test of time and other forces. You can walk the streets and look in awe at the monuments, statues, sculptures, etc. I love marveling at the bizarre unpronounceable street names in Mexico city. You have gems like Cuauhtemoc Street, Nauhuatl street, but then you also have wonderful conventions like naming streets after philosophers, artists, rivers, countries and cities around the world! We walked through Reforma onto Rio de Janeiro street and then crossed Amazonas street. Just an example of the globe trotting we did through Mexico city! 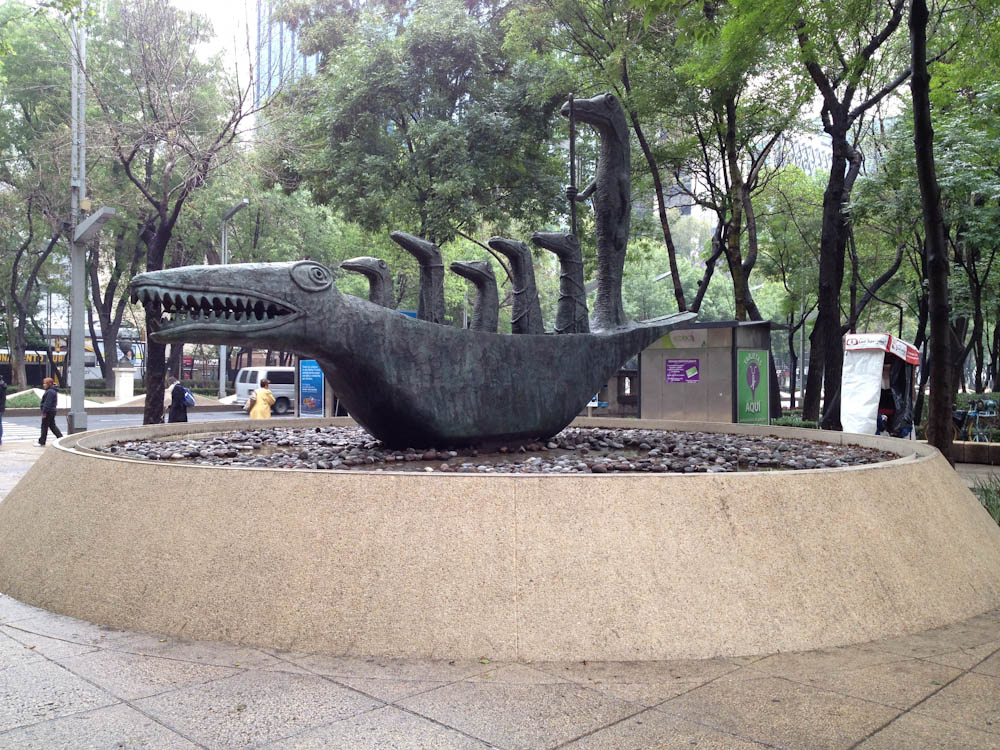 All this walking in the rain obviously made us quite hungry and since the rain put a stop to most outdoor activities we decided to watch a Mexican movie in the cinema. But, before that it was time for some more Tacos! We entered a mall in Reforma called Reforma 222. The place was pretty happening for a Friday afternoon, full of people everywhere. Want some sauce? So colorful!

The best aspect, by far, of returning to Mexico city was the WONDERFUL food. Flavorful, colorful, and just good old fun to eat food! Round 2 of tacos finally arrived and boy did we dig in!

– a movie about a Hawaiian family going through a difficult part of their lives. It was a great matinee supplemented by some of the foamiest coffee I have seen in my life! That kind of froth and a $4 ticket to see the movies with comfortable leather chairs, paradise was within reach! Mexico city, just like Mexicans (go figure!) is chock full of character. The people are warm, friendly, and just so interesting to watch. From the street vendors with their tarps and wares, to the folks selling stuff in the trains, there’s something for everyone. There are even oddly long queues at Krispy Kreme that make you wonder about life and the world in general. 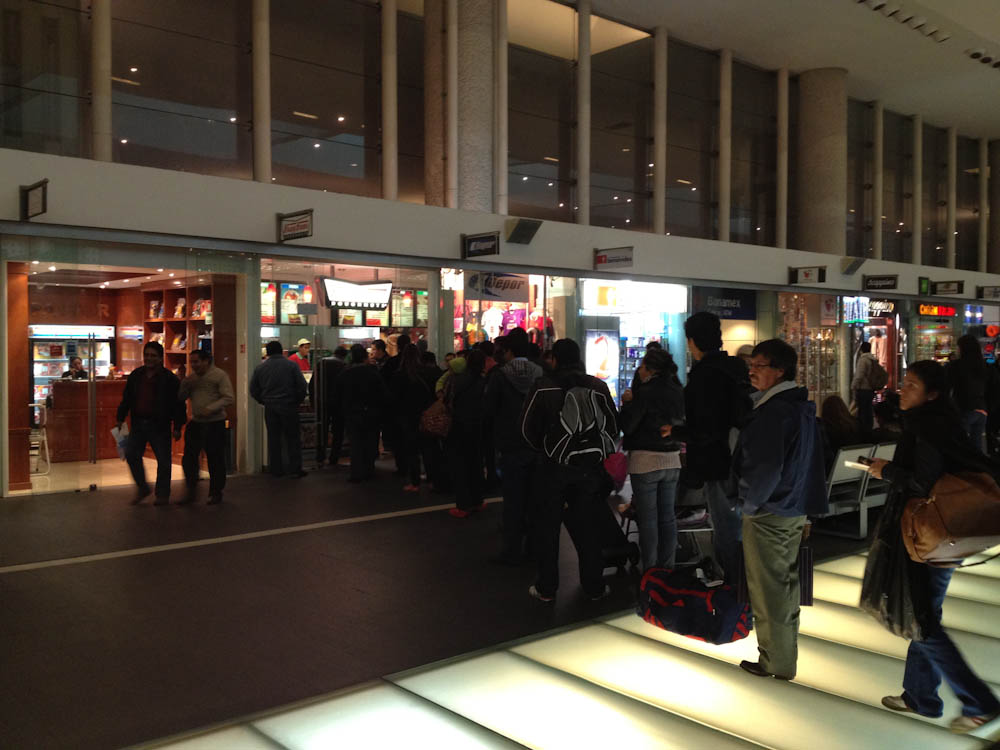 Dominos dominates the Mexican Metro. There’s a sentence I thought I would never write. But it happens to be quite true! While walking through a metro station in Mexico City – you’ll almost always find a Dominos Pizza take away counter. Funny enough, they’re rather poorly stocked and won’t always have a great selection available. We once tried ordering a mushroom and vegetable pizza and the guy at the counter, with an expression of pure disgust, said “We don’t work with mushrooms”. What’s that ? You don’t WORK WITH MUSHROOMS ?! I’m sure the Mexican mushrooms are livid at this point and will soon be out protesting on the streets. But we’ll save that story for another day. 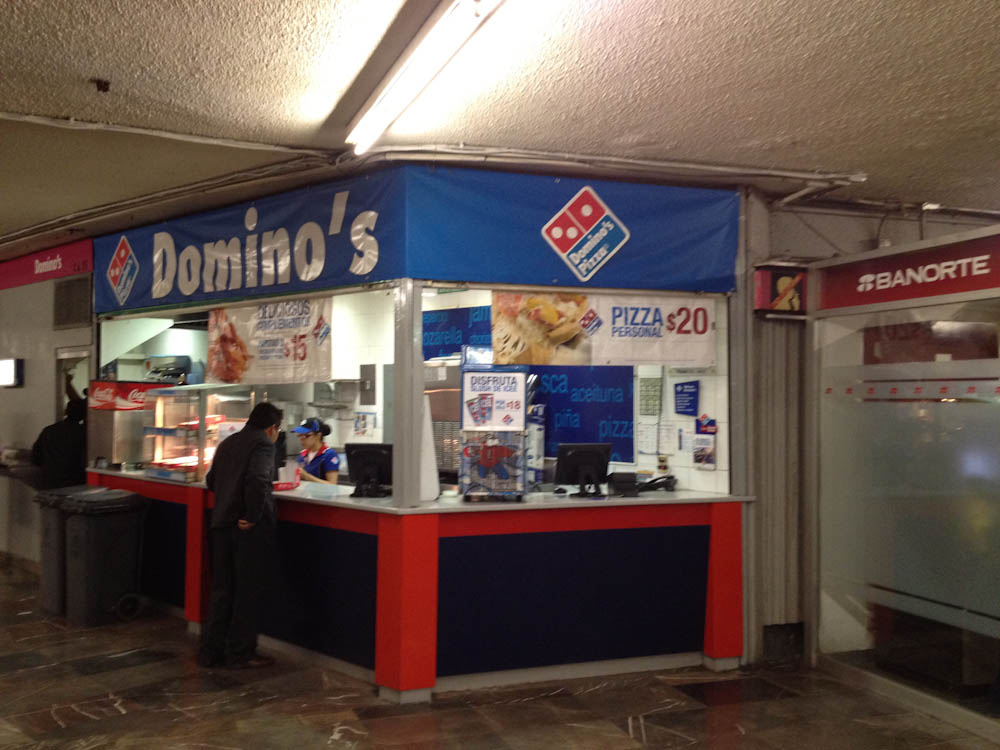 After the movie we walked around a little more and bought some souvenirs in the Reforma area. We were quite tired by this point of time as we had been up since 4am so we decided to head back to the airport.

A few more adventures and a crowded train ride later we were back at the airport to catch our Aeromexico flight to Brazil. We did spot this strange Gaudi-style Aeromexico office in the city though. That’s my sombrero by the way!

Thirteen hours in Mexico City passed by sooner than we’d have liked. We had a wonderfully gastronomic day and definitely hope to return to Mexico again in the future.

and I would recommend it to everyone!

If you’re still not sure, check out Zara’s post on Top 10 reasons why you should visit Mexico.