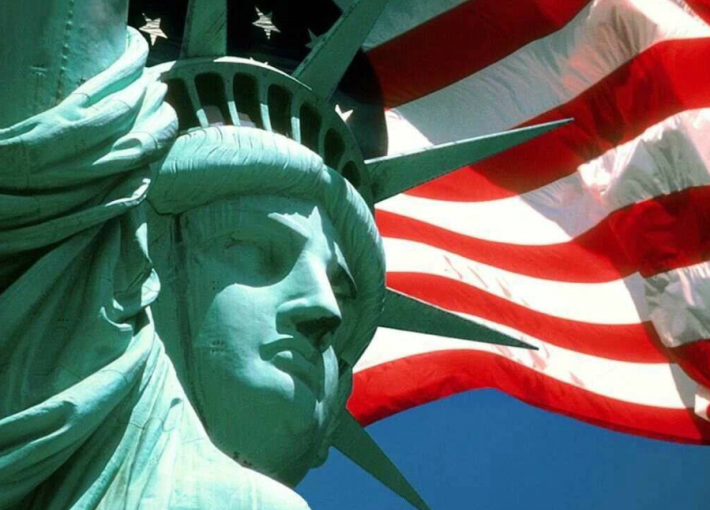 Traveling across Europe, the Americas and Asia I have met travelers from many nationalities, but the majority has probably been from the USA, particularly around Latin America. US Americans have quite a culture of traveling (young and old), doing gap years and backpacking.

US American tourists have been labeled as loud and obnoxious by many. I personally do not necessarily agree with that. I have met loud people from all over the world and let’s face it, when travelers get together and have more than a drink or two, things tend to get loud no matter where you come from.

But there are indeed other annoying habits that USA travelers seem to carry with them no matter where they go. Why are they so proud of their country? It sometimes feels like they see the USA as the capital of the world and everything else as suburbs! 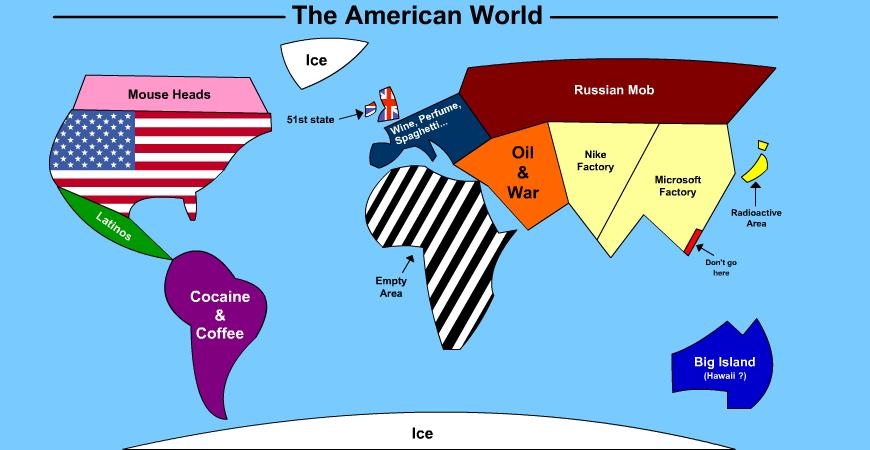 I didn't know Hawaii has kangaroos?

Where the hell is Oregon ?!

When you meet travelers on the road, the most common question to break the ice is “where are you from?” Naturally, this gives you a good way to start conversation, by mentioning if you’ve been there or not, or what is it like, etc..

Angry Backpacker: “So… where are you from?“

USA Traveler: “I am from Oregon!“

Replace that answer with some other examples I have heard before, and you’ll get the picture of what I am trying to say: “I’m from Salt Lake City”; “I am from Texas”; “I come from Wichita”. What makes you think I know where the hell is Wichita?! You do not hear a person from Colombia just saying “I’m from Medellin” or a Portuguese stating “I come from Evora”.

So please, USA tourists, stop assuming we all know the details of your country’s map… ’cause it’s not like you know the rest of the world’s either!

And by the way, your country is not called America – it’s the USA. If a traveler ever says to me again “I am American” I swear I shall reply “So, where about? Mexico? Argentina? Costa Rica?” or worse… “Canada?” (just kidding about this last one!)

THE American border… of course…

Why do they always assume everyone else is from the USA too?

As a regular traveler I participate in many online forums where I share experiences with fellow travelers. I am particularly active on Lonely Planet’s Thorn Tree and Reddit/r/travel.

Time and time again (to the point that it doesn’t surprise me anymore!) I come across threads where the person posting or commenting simply assumes that everyone is from the USA! Sometimes I come across posts asking things like “I have X amount of money, where can I travel to?”. Well… where are you coming from? That should be included in the post, right? Apparently, not everyone thinks so because you will have answers giving tips, automatically assuming that the OP is based in the USA. What is this USA centrism all about? You do know that not everyone on the internet is from the USA, right?!

One more example of Reddit's USA-centrism. He is from the North and wants to hit the South… does he mean that he lives in the North Pole and wants to visit Antarctica? Maybe that is it…

I know that there are plenty of  ”continental” countries but I don’t see this kind of attitude from Brazilians or Chinese people. They sure don’t write “back home” as much as USA people do, without stating where “back home” is. Example:

Where is "back home", dude?

A while ago at a certain border crossing, I was charged 5 quid more than what the stated amount was. When I mentioned this in passing conversation to an elderly border jumping couple (from Texas… I wonder where that is!) they replied “Argghh, it doesn’t matter! Our President gives us plenty of pancake money!” … What the fuck?! 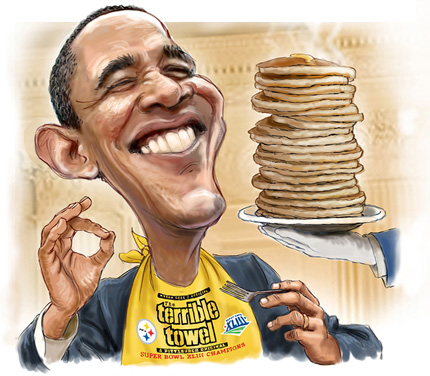 Obama keeps some pancake money for himself too!

So here is where all the US American pancake money goes…

OK, I’ll say it: Dear Americans, or should I say US Americans?.. A 25% tip IS NOT NORMAL! At least not unless you got a happy ending!

Just because in the USA there is a tipping culture that suggests you spend 1/4 of the price of your meal on tips (or 1/5 if the waiter didn’t do a good job) doesn’t mean that the same applies anywhere else in the world. Of course you are free to do whatever you feel like with your money but please understand that your actions have repercussions for other US American tourists, for the rest of us that come from the ‘suburbs’, and the local economies. 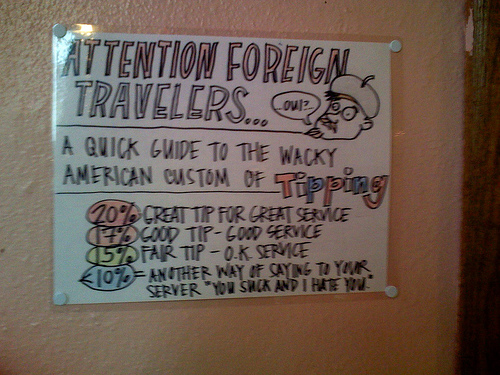 The same does NOT apply everywhere you go!

Unfortunately, the throwing around of 25% tips leads businesses in other countries to start treating this as the norm and the result is that they often end up adding a massive tip into the bill as a ‘service charge’.

Paying with US Dollars

US Americans are often too lazy to do the math for currency conversion. They end up sticking to the US Dollar prices for tours, activities, restaurants, etc. which are often 20% higher than the local currency prices. Recently an ice cream seller quoted “2 soles, or 1 USD for Gringo”. The 1 USD would work out about 25% more expensive.

The more you pay with US Dollars, the greater the inflation in prices. In fact in some cases locals end up doing reverse conversions to quote you higher prices due to the lovely imperial american tourists.

USA’ians – please use those fancy smartphones. They have a “Calculator” application that will help you save. Also, stop hitting the automatic tip button in NYC cabs.

Everywhere else is a war zone

Dear USA, most of the current war zones in the world are somehow created by you.

Alright, lets start with crime. There is as much crime (if not more) in the USA as many South American countries. However, often times due to the horrendous reports from travel.state.gov (the USA travel advisory), fearful Americans will run for cover under advice threads on online forums.

The USA should spend less pancake money on propaganda against Mexico!

If you were to go by the US travel advisory, you should wear bomb and bullet protection the moment you step out of the good ol’ USA. Of course, travel advice is good, but sometimes it gets to be over the top crazy. Wikitravel is a victim of the same propaganda. Often there is enough safety hyperbole in there to make it seem like you’re going to get mugged, robbed and raped in every developing country the moment you step off the airplane. Naive US Americans will buy this crap and act petrified thus increasing their chances of getting taken advantage of.

Singapore is fine. But just because her hotel is in the Little India hood, that automatically makes her feel uncomfortable. Nope!… not racist at all…

Things happen, but things do not always happen and certainly not to everyone (same as in NYC). The rest of the world isn’t a crime ridden dump – sorry but your exotic rape fantasies probably won’t come true here.

Dear Thomas: stay at home! I hear it is particularly unsafe in Easter Island, where huge men with stone heads go around assaulting tourists!…

Football is the name of the sport

This applies especially in Latin American and European countries. Don’t go there asking about “Soccer”. No one knows what the fuck that is. The name of the sport is “Football”. Just because you have your own version of it (with very little use of the feet, mind you) doesn’t mean that everyone refers to it the same way. It’s “Football” everywhere outside the US, now practice saying that word before you get on the plane. 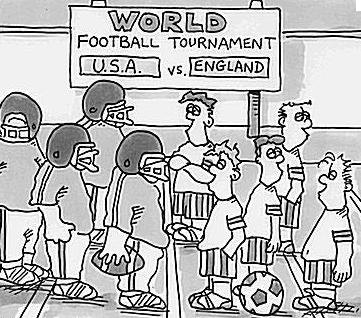 There are of-course ignorant tourists from everywhere in the world. There are also plenty of well informed, educated, and globally aware US American tourists. However, due to sheer volume – the above trends do get noticed very often around the world. But armed with the information presented above, US Americans can surely make a positive impact on the global stage, as they have been doing for thousands of years.