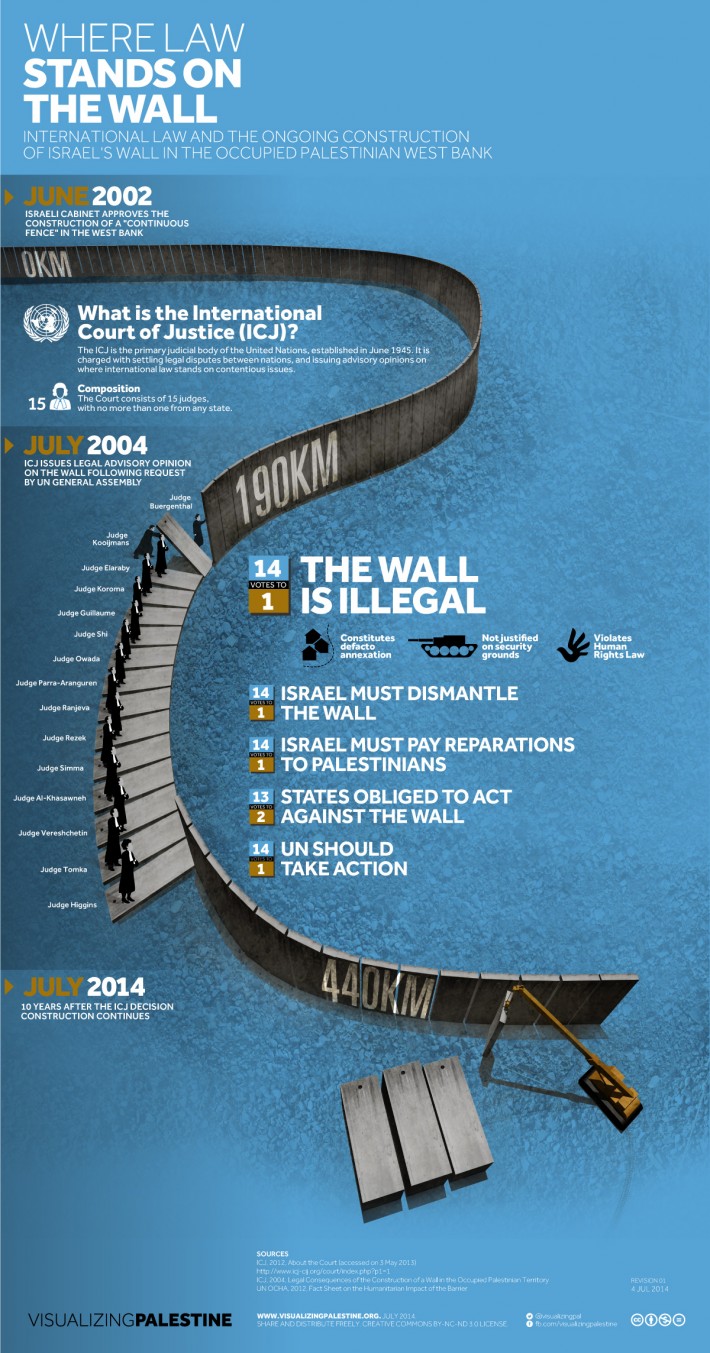 Was the Berlin Wall the last of its kind?

The Berlin wall separated East and West Berlin and restricted the movements of citizens for decades. The coming down of this wall was a historic event that people still remember today. But in Israel, new walls are coming up.

The barrier has many effects on Palestinians including reduced freedoms, reduction of the number of Israel Defense Forces checkpoints and road closures, loss of land, increased difficulty in accessing medical and educational services in Israel, restricted access to water sources, and economic effects. Jordan is of course a safe and stable country – for now. It is geographically situated between Israel, Syria, Iraq, and Saudi Arabia. Walking around Amman I came across a store that had some interesting T-shirts and posters. Upon closer inspection I realized that a lot of the posters that the store carried had to do with the Israel-Palestine conflict. The posters caught my attention because they are beautifully designed and express certain aspects of the conflict in an easy to digest way. Let’s just say that they look like infographics and in the digital age, this is what we’ve come to expect. That’s when I realized that these visuals are created by Visualizing Palestine, a Beirut based group.

They have some very interesting visuals that illustrate just how bad the system of apartheid in Palestine really is. More than half of the mainstream media is blindly pro-Israel. The rest aren’t able to completely express the nuances of the Israel-Palestine conflict that well. This is why an organization like Visualizing Palestine fills a great gap. Complex conflicts need to be broken down so that people can digest them. Facts need to be expressed in a way that people can understand easily. In a data-driven world, we need data driven solutions. The first step is to get people to know more about the issues at hand. I think these guys are doing a great job and I am personally horrified at what is going on every day in this region and how less we talk about it.

If you would like to know more about this extremely complex conflict, check out Visualizing Palestine.