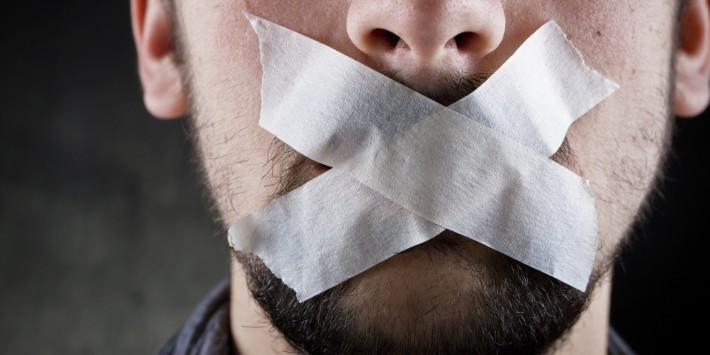 I WAS CHARLIE – The demise of free speech

The recent attack on Charlie Hebdo has left the world pretty much divided into two camps. I am Charlie and I am not Charlie.

Apparently people are mobilized by the fact that free speech has been attacked. The terrorists never said they were attacking free speech but through the media, people have somehow reached this conclusion. A lot of folks have taken this attack personally. The thinking goes like ‘If CH was attacked for publishing this cartoon, then perhaps I could be next..’. That probably explains the millions marching in protest and solidarity.

The other camp thinks that the cartoon was extremely offensive and thus doesn’t really come under free speech.

There are different ideas of what constitutes free speech. These ideas stem from various cultural values that people have around the world. What we can perhaps all unanimously agree on is that murder is wrong.

However, it’s interesting to note that while people are out marching on the streets, free speech is already dead or on it’s way to a tragic demise.

Free speech suffered a tragic blow when someone decided to send Bradley Manning (now Chelsea Manning) to prison for 35 years. The situation also ended up with Julian Assange on the run, hiding for years in the Ecuadorean embassy to the UK where he continues to live. But free speech completely died when the NSA was allowed to listen in on everybody. This was something that Edward Snowden revealed to the world. Yes, the NSA keeps track of everything you do through communication networks. This is done in the interest of safety. This is done to protect us from “THEM TERRORISTS”!! So in spite of all this surveillance, despite free speech already being surrendered for safety, how did we manage to suffer another terrorist attack?!

The biggest enemies of free speech today are our governments. They are the largest engine of organized censorship in the world. While the recent terrorist attack served as a response because some groups found something extremely offensive, it’s sad to see that no one sees the bigger attacks on our liberties that take place every single day.

In recent years, governments around the world have been systematically trying to increase their control over the internet. They have been trying to use various excuses to increase their control. This goes from censoring blasphemous material (in India) to preventing abuse of intellectual property rights (in western countries). It is well known that sophisticated internet censorship programs are in operation in China where you can never read anything regarding the Tiananmen Square incident. Any search for such information within China yields different results from what you would see from the outside.

Here are some facts for you to digest:

- The Indian government asked Facebook/Google/etc. to remove lots of content. They have also been lobbying for access to be able to block everything they see as worth censoring. They’ve gone as far as to threaten to block Facebook and Google in India if they don’t comply.

-  What’s even more interesting in the above article is that the governments of the US, UK, Germany, etc. have made even more requests to block content on the internet.

- The US government is trying to pass a law that will enable the NSA to snoop in on you more efficiently. Free speech won’t feel like such a tasty delicacy if big brother is watching everything.

- The trans pacific parternship and it’s sister treaty the trans atlantic partnership both have hidden chapters that were exposed by Wikileaks. Hidden chapters mean that governments are discussing these things without citizens being aware of them! The hidden chapters of the negotiations deal with intellectual property rights around the globe and how to increase surveillance on citizens to prevent abuse. What’s well known given the stellar track records of governments with too much power (reference: History) is that these new laws can easily be abused for other cases.

- Apparently the US government cannot legally spy on it’s own citizens. Some sort of legally afforded ‘freedom’ gets in the way. These guys are ultra creative though, so they’ve come up with the wonderfully named Five Eyes program. What this basically means is: We’ll spy on your citizens, you spy on ours, and then we can just exchange the info *wink wink*.

If free speech is so sacred to everyone, why is Julian Assange in hiding? Wikileaks exposed to the world the kind of stuff that happens behind closed doors. So why is it that only the Ecuadorean embassy in the UK would grant this guy asylum? Why didn’t the so called western bastions of free speech honor their tradition of liberty and offer this guy, the king of free speech, any protection? Yes, what happened to Charlie Hebdo in Paris was wrong.

But if you go out and march in support of free speech know what you’re marching for. March against government censorship, it affects you more closely than any lewd cartoon ever will. March for the protection of journalists like Felina who died reporting the abuses of the Mexican drug cartels. March for Edward Snowden and people like him who literally gave up everything they have so that you could know the truth. March for the people who dared to go on twitter and call for revolution in Egypt. The internet is the greatest form of free speech in the world. Never before in human history could people communicate the way they can today.

In the information age every person holds a microphone and the world is their audience, governments are running scared for cover. Their default response in this situation is to fight back and regain control through any means or excuses necessary.

The war on free speech started a long time ago. But the aggressors aren’t a bunch of masked terrorists toting machine guns. It’s our very own governments we need to worry about.

The internet is perhaps one of the greatest inventions of the 20th century. It has completely changed the way humans interact and communicate. The velocity of information has never before been so high. A tweet can go viral in a matter of seconds and be consumed by millions of people around the world.

Don’t let governments police the internet. Lets all be more active in protecting this very new and powerful form of free speech that we have somehow stumbled upon. If you want to join the struggle for a free internet there are several folks fighting the good fight.

Check out the Electronic Frontier Foundation and Fight for the Future. These organizations constantly deal with new developments in internet censorship and fight against them.