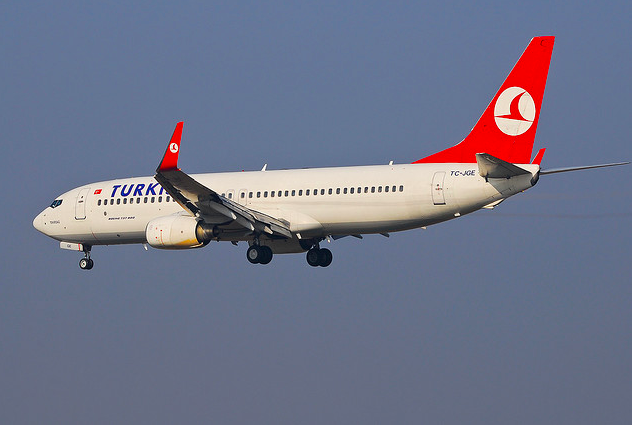 Going from New Delhi to Lisbon, I booked myself a Turkish Airlines flight, as it was the least expensive option available on that day.

Boarding at almost 5AM, I was exhausted as I hadn’t slept that night yet. But I thought that being a person that usually manages to sleep almost standing up if need be, I would do so straight to Istanbul, where I was transiting.

I checked-in almost 2 hours in advance and still they gave me a seat in the very last row of the plane, where the lines for the WC tend to keep people on those seats pretty entertained. I only noticed the awful seat they gave me after passing Passport Control (my bad!) but one would assume that the unwritten laws of good customer service would grant the early passengers the best spots and the late ones whatever is left. Well, I was wrong. Ticket to a nightmare

I could have lived with traveling in this seat, no biggie really. When I finally sat at the place, I already had 3 middle-aged men lying across 4 seats in the middle row of the aircraft. They were snoring loud and deep even before we took off! I also snore sometimes and I was planning to do so pretty soon as well. Just not so animalistic-ally! There was so much turbulence on this flight that I couldn’t help but thinking it was being caused by their snoring, especially the man in the very last row.

When the first air hostess passed by I asked if I could change seats as this was unbearable. She smiled and said “Let me just check, I will get back to you“. But she didn’t. After exchanging looks of despair with a lady across the aisle I decided to go into the “kitchen” area and ask another member of the staff for help. If the snoring felt like it was the end of the world, then the attitude and lack of interest of the crew was irritating me way more! This new flight attendant, after giving me a look that could translate into “I couldn’t care less but yeah… I will help you, ’cause I get paid for it“, said: “If you find an empty seat, go for it. If not, there is nothing I can do. But whatever you do, don’t wake them up. We can’t disturb passengers.” I swallowed and took a breath, but on the inside I was shouting:

I am also a passenger… and YOU are disturbing me!

He finally agreed to look around for an empty seat for me, but as he wouldn’t actually move, after 5 minutes I went ahead on my own. In the middle of the plane I found 2 empty seats. The 4 seat middle row had only a man on the left and a woman on the right, leaving 2 empty seats in between. Relieved, I asked “excuse me…” so that I could come through and sit, but he promptly said:

Me: “You are telling me you booked more than 1 seat?!“

I realized that there was no point in arguing with this guy who had made those two seats his little empire. So there I go again to the back in search of the same flight attendant that was supposed to look for my seat to begin with. “He is not letting you sit? That’s not possible!”. So we went together on a mission to convince this greedy man to give up what’s not even rightfully his. After 5 minutes of discussion in Turkish amongst the two my blood was boiling up as they were both ignoring me. I said “Nevermind! I wouldn’t want to sit next to this person anyway!”. They didn’t even look at me, can you believe that? As far as I know they could as well be discussing the latest news or what’s on the menu!

I resigned myself and went back to my seat. In the neighbourhood the monster in the middle row had woken up and was now reading the paper. But the one in the last row had installed 5.1 Sensurround on his system and the other in the front row had his stinky, bare, hairy feet hanging into he aisle.

Why did these guys deserve 4 seats, 4 blankets, 4 pillows and the “don’t wake them up respect” and I was still there, unable to rest and undeserving of the staff understanding and assisting?

The crew member that was earlier arguing in Turkish with Mr. Selfish was now passing by me, and didn’t even look me in the eye. A little after, while I was fantasizing about the possibility of throwing my pillow straight into Mr. Snoring-like-freakin-animal’s face, the air hostess with headphones came by. And so I did my trip watching The Big Bang Theory on maximum volume, with the pillow smashed on one ear and the blanket on the other. And still I would hear the roar!!! Sheldon: I Love You!

At meal time, my beloved flight attendant came by. “Chicken or vegetarian?” Although my honest answer would have been “fuck you!” I took the veg stuff. I couldn’t eat though, because my belly was already full… full of frustration. I asked “Out of curiosity, what was this guy saying to excuse himself?” Answer: “It’s OK, it’s OK. It’s no problem.” Yes, there is a problem… and the problem is YOU and your lack of professionalism, dude!

7 hours later and many, many repeated The Big Bang Theory episodes with background audio effects, we land in Istanbul and the monster-guy wakes up. As he exited the plane in front of me with some of his belly taking a sneak peak out of his shirt, above the belt line, I swore to myself:

I will never travel with Turkish Airlines again!