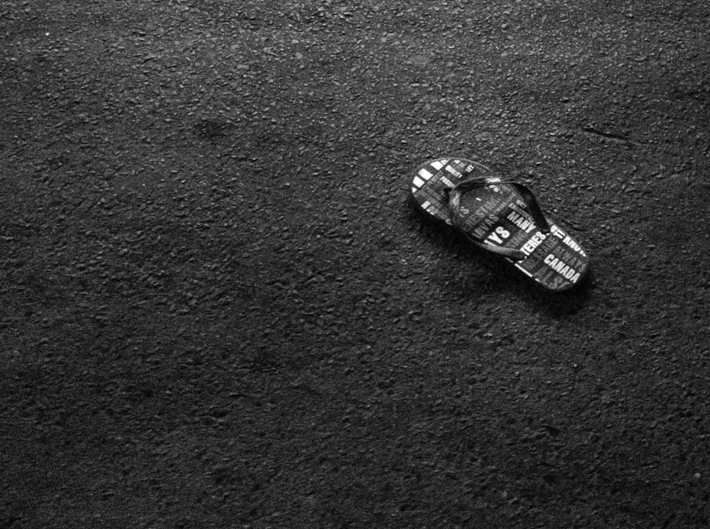 A common sight around SE Asia. The lonely slipper is often seen hanging around alone on pavements, roads, and sometimes even in the odd restaurant.

He’s often separated from his twin by some incident or the other. Falling off a scooter or getting left behind during a surprise sprint are ways in which he gets lost. In this case he doubled up on himself and flipped several meters through the air to where he was photographed by me.

Luckily, right after he posed for this photo, his owner came to get him. He and his twin were united. A happy ending! But it’s not always so for other slippers in SE Asia. This Vietnamese slipper from Saigon was fortunate.