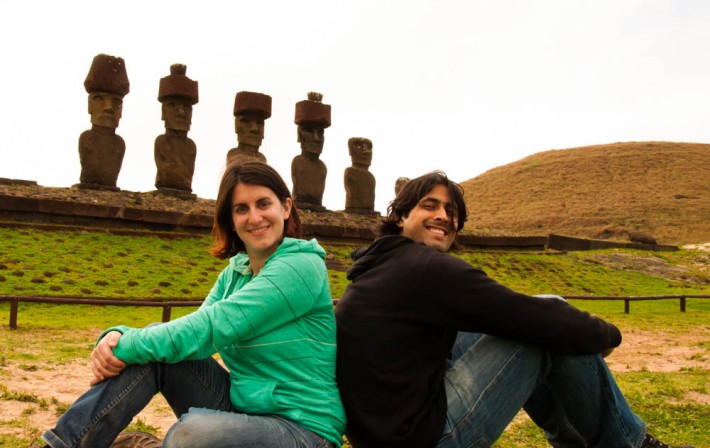 Whether you are the type of tourist who normally likes taking guided tours or you are more of an independent kind of traveler, Easter Island is one of those places where it is very worth it to spend at least a day on an organized tour.

Coming to the island is synonymous with a desire of acquiring knowledge about the mysteries that surround the famous Moai statues that Rapa Nui (Easter Island in the local Polynesian language) is world famous for. If it’s true that one can do a lot of reading on the subject, it’s also true that there is a true and exotic feeling when you hear the tales of Easter Island from the mouth of a Rapa Nui, a local person. Ashray tickling a serious Moai… He didn't succeed to make him laugh!

We explored some of the most significant archaeological sites of the island on a full day tour, organized by Rapa Nui Travel. Our guide Sabrina, as she would say it herself, is “not Chilean, but Rapa Nui”! With the pride on your Island (that many locals consider their nation) comes a sizable knowledge on the history of its land and people and a passion in sharing those details with the curious outsiders.

Mixing knowledge, extroversion and s certain charisma, Sabrina talked to us about Easter Island’s history from a perspective that is uncommon in tours that focus on historical subjects: at each site and on every matter, she’d contrast the scientific visions on things with the tales that have been passed from generation to generation in the oral tradition. Although studied by many, Easter Island is still a place full of mystery when it comes to its past. No matter how official or discussed a theory on a certain topic might be, Sabrina always made a point in also adding to the table the traditional vision on things, the stories that the current generation of Rapa Nuis would hear from their grandparents and predecessors – I found this truly enjoyable and appreciated how Sabrina made a crossing between the scientific and traditional visions, making you realize that these aren’t always two worlds apart.

Our tour included stops at some of the most visited sites in the Island, including:

RANO RARAKU: the mountain where the Moais where carved from 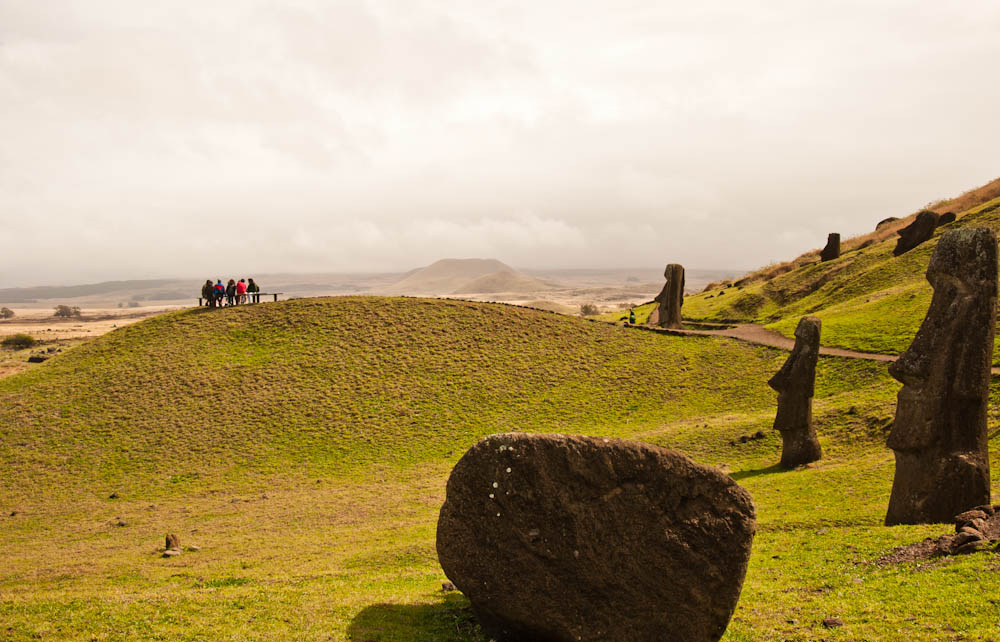 In Rano Raraku some Moais are standing and some have given up!… 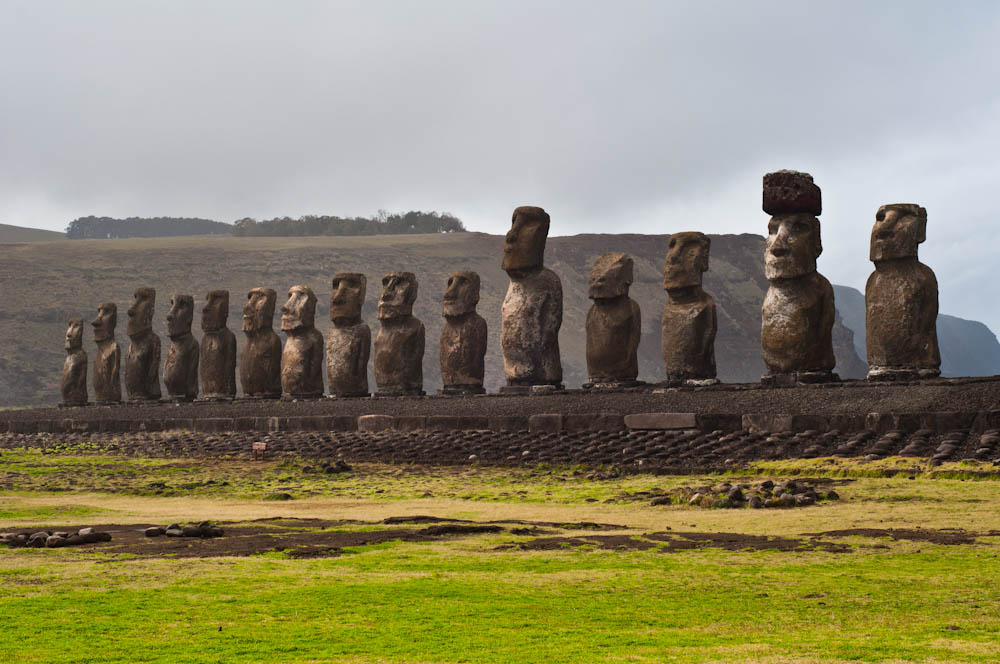 Ahu Tongariki on a cloudy day

MAGNETIC STONE (see the video to understand what happens here)

The tour ended beautifully in ANAKENA BEACH: this place combines typical Easter Island sites with Moais standing in all their glory in ahus, with a paradise-like bay where the Pacific Ocean is surrounded by light sands.

This was a great day: informative, fun and, above all, a very good introduction to the Rapa Nui history and culture!

Please note that tour prices do not include the ticket to the national park, which can be purchased with a discounted rate upon arrival at the airport.