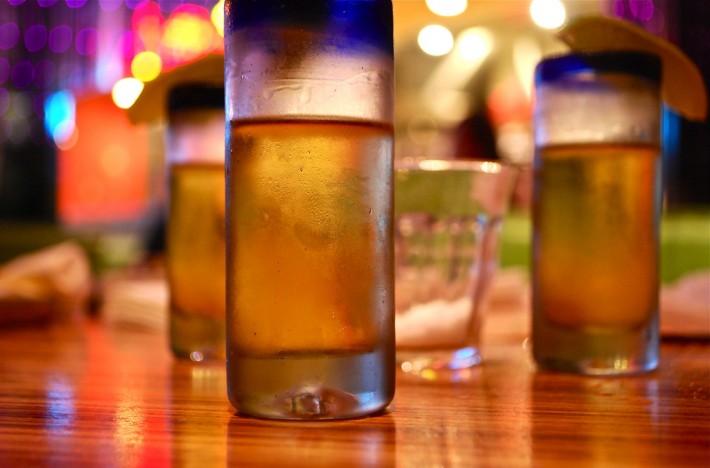 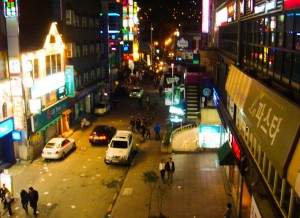 I’m sure Busan is a fine city, it’s just that during my 5 days there I just didn’t see enough of it. I was couch surfing with Jamie in Busan. We used to stay out all night and sleep the whole day. Most of my Busan memories center around going to the party zone, getting shit faced and coming back in the morning. I call it Xtreme Couchsurfing.

It was one of those regular nights. I was out with Jamie in Nampodong and he introduced me to another Korean-American called Gene. We downed some beers and then headed to a slightly expensive bar where Jamie told me about ‘tequila suicide’. Now this is not for the faint-hearted. A regular tequila shot involves licking the salt, taking a shot and then quickly putting lime in your mouth. Tequila suicide essentially is snorting the salt, taking the shot and squeezing the lemon into the eyes. Drinking champion style or an idiotic game? Actually both. We asked for three tequila shots. Now the Koreans being heavy drinkers, each shot was quite large. Me, Jamie and Gene looked at each other and did the whole shindig. Let me explain. After you snort the salt, you get the first hit which straight goes to your brain. Then comes the tequila shot which feels like someone has opened up your brain and is pouring tequila directly on to it. Brain nerves which you never thought existed are suddenly activated and you get a chill down your spine. 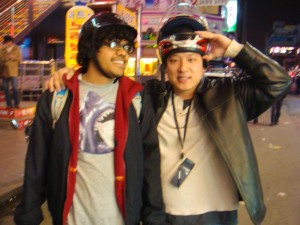 And the icing on the cake is squeezing the lemon in the eye itself is an extremely dangerous and more importantly a stupid thing to do. Suddenly after that, with one palm on my eye I rushed towards the loo to clean my eyes. A drunk foreigner stumbling into the loo is quite a sight. But I managed to maintain my dignity, we paid the bill and we stepped out with a heavy head.

So me and Jamie decided to hitch a ride on Gene’s motorbike. Now three people on a bike is not only illegal in Korea, but probably anywhere in the world. And here we were three absolutely drunk guys, trying to make our way to find some bar. And we crashed.

Luckily, no one was hurt and the moment we stood up there was the bar – in front of us. This bar had a chart where you take a tequila shot; declare your nationality and they will add your score under your nation. I looked at the chart and it didn’t say India. So I took a couple of shots and helped put India on the map.

I was so tipsy that when I went to pee, I didn’t realise I was walking into the ladies loo. And by the time I realised it, I had luckily survived and made it out alive :) We then decided that we’ve had enough. The ride home was again three hammered guys on a bike cruising through traffic and barely avoiding crashing into large trucks while screaming like a girl. All through the ride, I was regretting my decision of not convincing Jamie to take a cab. But thankfully, it all ended well and we went home and crashed. Vaibhav from Leaving My Footprint

VAIBHAV WANKHEDE hated traveling before he first stepped out. And now, even after backpacking across 20 countries he still can’t get enough of it.

Otherwise he is a creative consultant + digital nomad. But it is seeing new places, meeting new people and sharing stories is what he yearns for.

He blogs at Leaving My Footprint.

Do you have any crazy stories from the road? Share them with us here on Backpack ME!