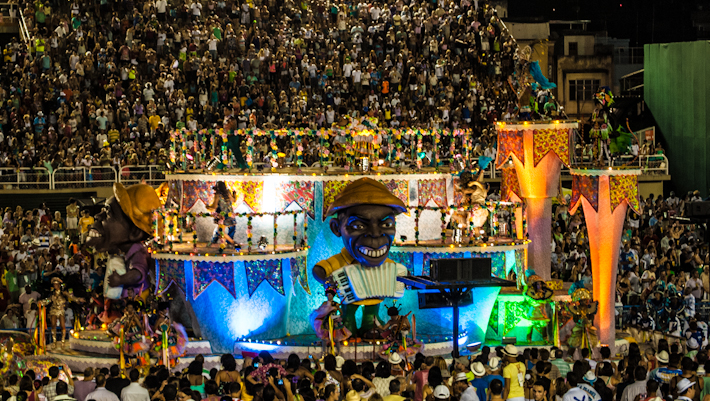 Carnival is a festival celebrated in many places around the world. Still, for many people, carnival is synonymous with Rio de Janeiro, Brazil!

Last year, we decided to spend this festive time in the land of samba, where our friends Dushi and Avinash came to meet us. We divided our carnival days between Sao Paulo, Salvador da Bahia and ended up in style enjoying the carnival parade at the sambodromo (aka sambadrome) in Rio de Janeiro.

When a city builds a massive structure just for the sake of hosting a parade, you know it’s going to be something memorable! We enjoyed a parade where thousands of people where dressed up in intricate colorful costumes, danced around to original songs that would accompany the individual parade of each Samba school and flooded the audience with positive vibes. 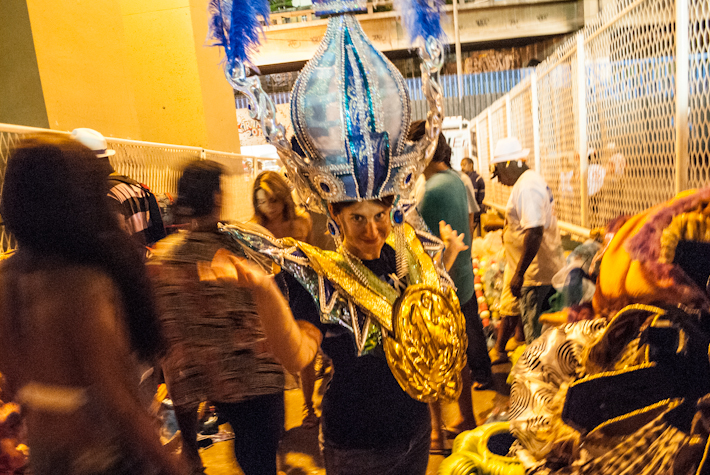 Trying out some costumes from a samba school, right after their parade. 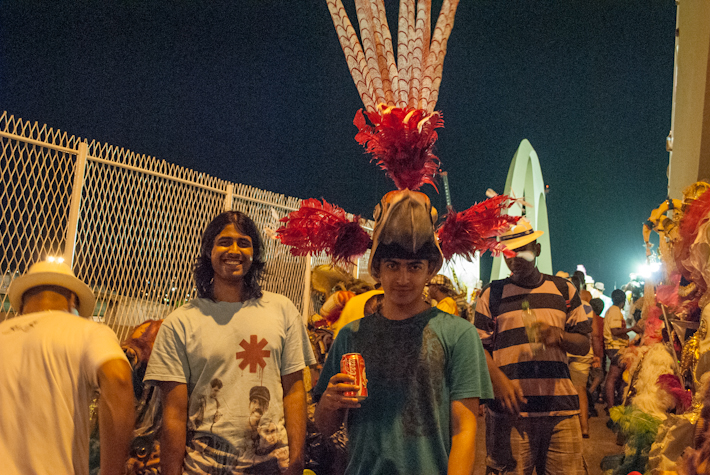 Avinash taking over Greece! (obviously he couldn't be any less and also had to try on some fancy accessories!)

Carnival at the sambodromo in Rio de Janeiro is a massive event. But it’s not quite like you see it on TV – at least not from the place we were standing at (one of the cheapest, yes!). The sambodromo is so big and hosts so many thousands of people that in the distance and confusion, you loose detail. And there is tons of details to be enjoyed, at least from what I remember watching the live carnival broadcast on Portuguese TV as a kid. But I guess one can appreciate those details on screen itself and come to the sambodromo to feel the incredible energy live.

These photos were taken during Carnival at Rio de Janeiro’s sambodromo in 2012: 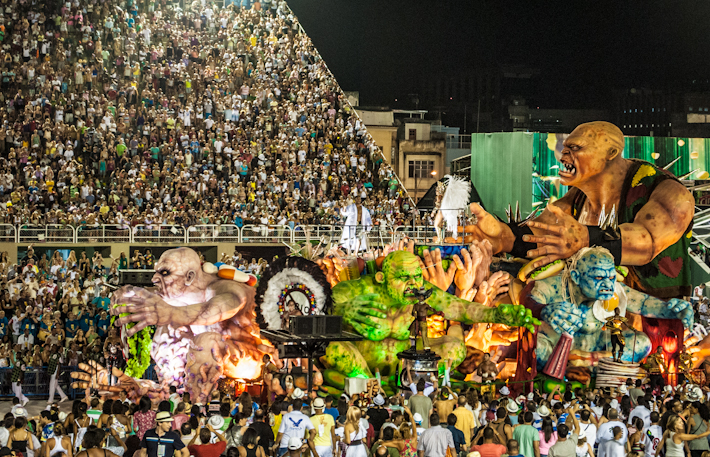 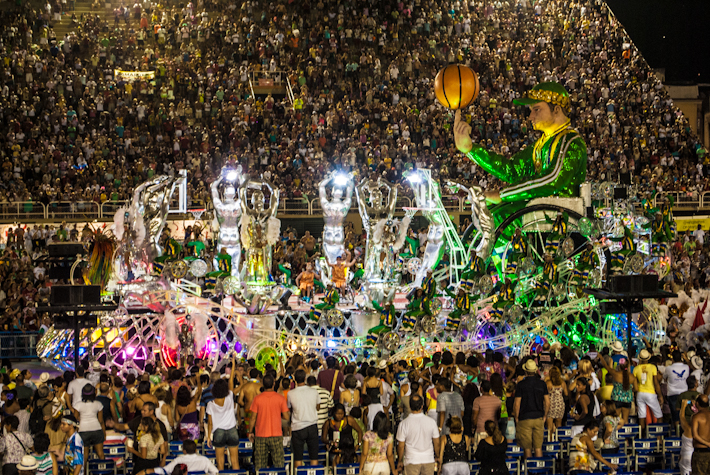 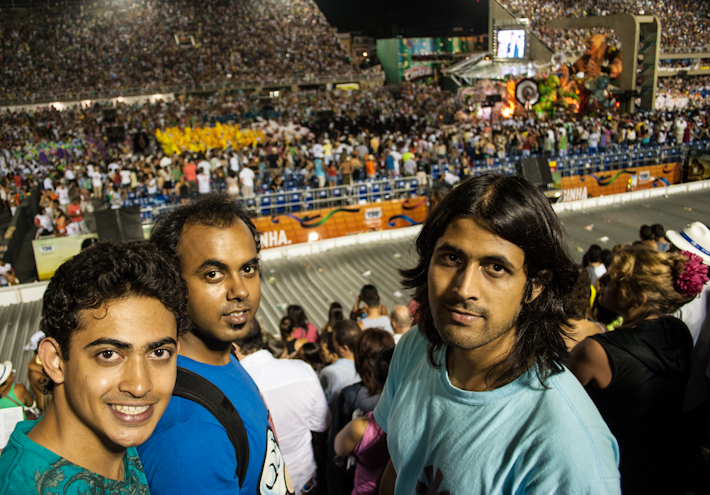 As visually appealing as Carnival at the sambodromo was, Salvador da Bahia was were we really got our Carnival kicks. Despite the fact that we were robbed and I was a little traumatized for a while, the fact that everyone is out on the streets celebrating makes it a more memorable scene. 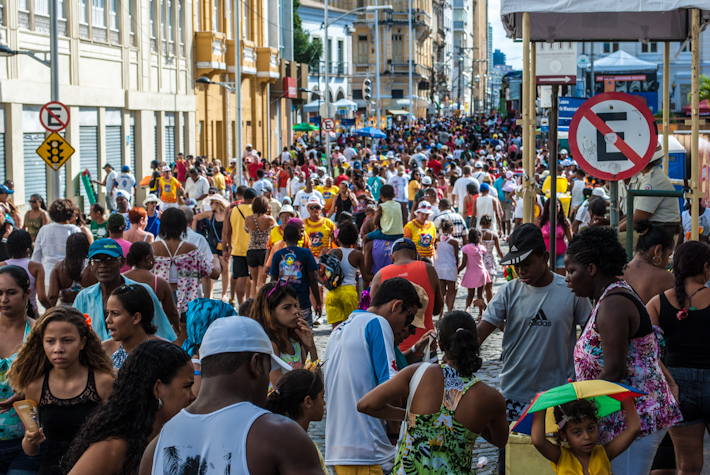 Crowd at Salvador da Bahia's carnival in 2012: this is still around lunch time. INSANE! 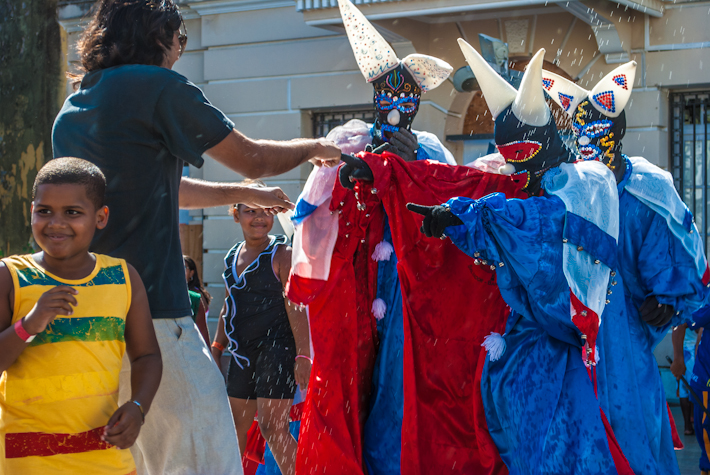 As you can see by Ashray's moves, carnival in Salvador is very interactive!

Many travelers have this kind of dilema when they think of going to Brazil during Carnival: should I go to Rio or Salvador?

If you’re into partying in the streets, don’t mind the overwhelming crowd and roughing it up in general, Salvador da Bahia is the place for you. But if you like watching the parade, grandiose structures and hot people in tiny clothes shaking it like Brazilians know well how to, head to Rio de Janeiro!

Happy Carnival to everyone!

And a special ola to all of our Brazilian piggy-back riders!