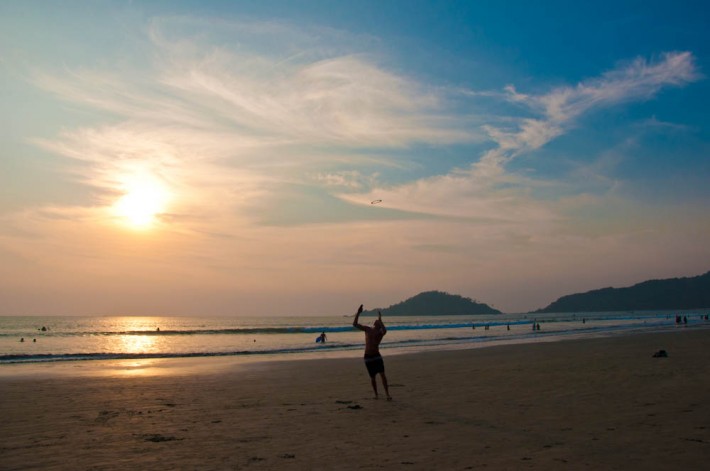 First day in South Goa. Palolem Beach. Mid morning. Ayush and I decide to take a seat in a beach restaurant called Royal Touch, while Ashray, Dushi and Avinash (who joined us earlier that morning) go for a dip in calm waters. If only the vibes at this place were as calm…

Me: “Can I have the WIFI password, please?“
Manager: “For how long are you going to sit here?“, with bad tone.
Me: “I don’t know.. for a while. But there’s 5 of us and we’re going to order drinks and lunch!“
Manager: “It’s just that I have other customers as well!”
Me: “Are you telling me to leave?“
Manager: “Bro, it’s not that… but we’re so busy, that there are other customers waiting as well“.

Long story short, this pot head who calls himself a business manager flipped out, we left, I told him he had no idea how to do business as he turned his back to 5 people ordering food and it ended up with this dude shouting “Get out biaaaaatch! Fuck you!” Dear friends: this is an example that drugs do affect your brain after a while and it’s not healthy, really not healthy. The manager at Royal Touch didn’t certainly know what the word touch means. I shouted “Asshole!” and as all his customers where looking at the scene, we moved on. 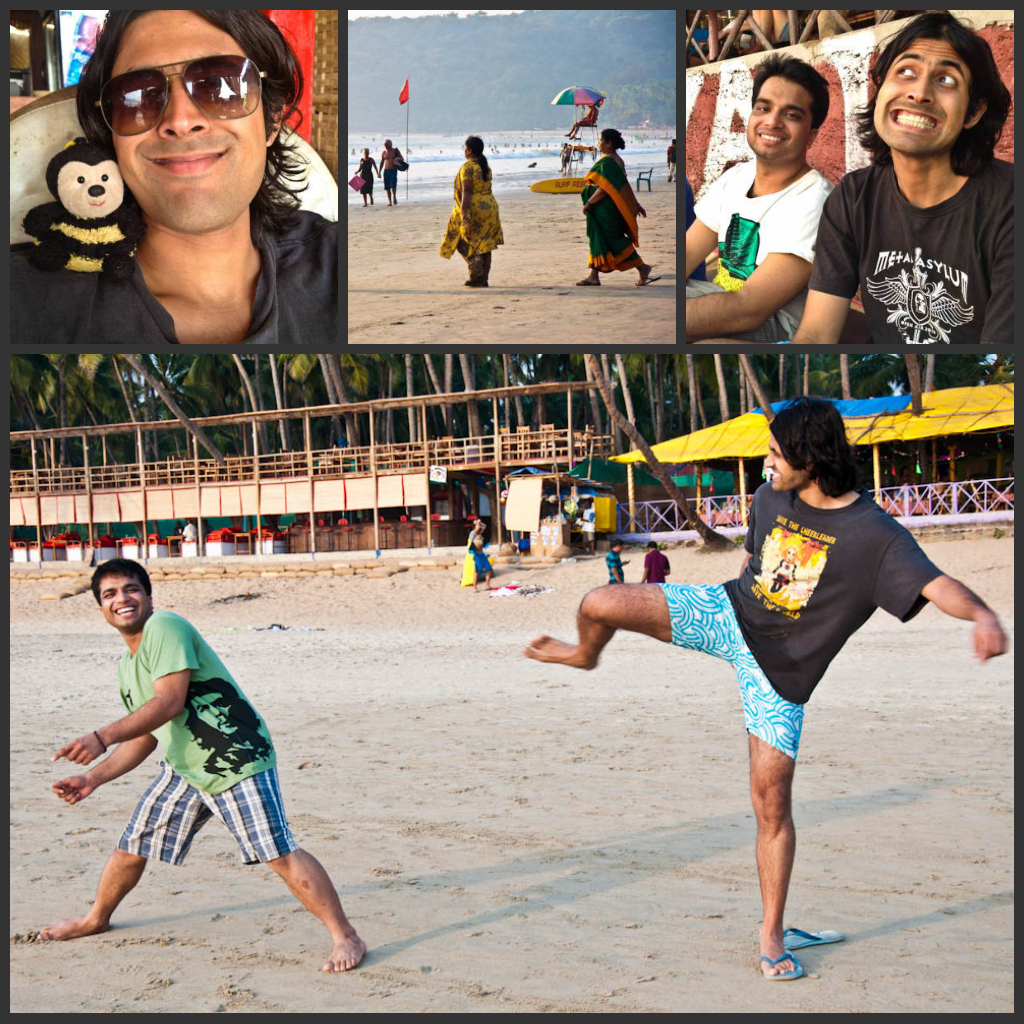 Fun and games in Palolem! 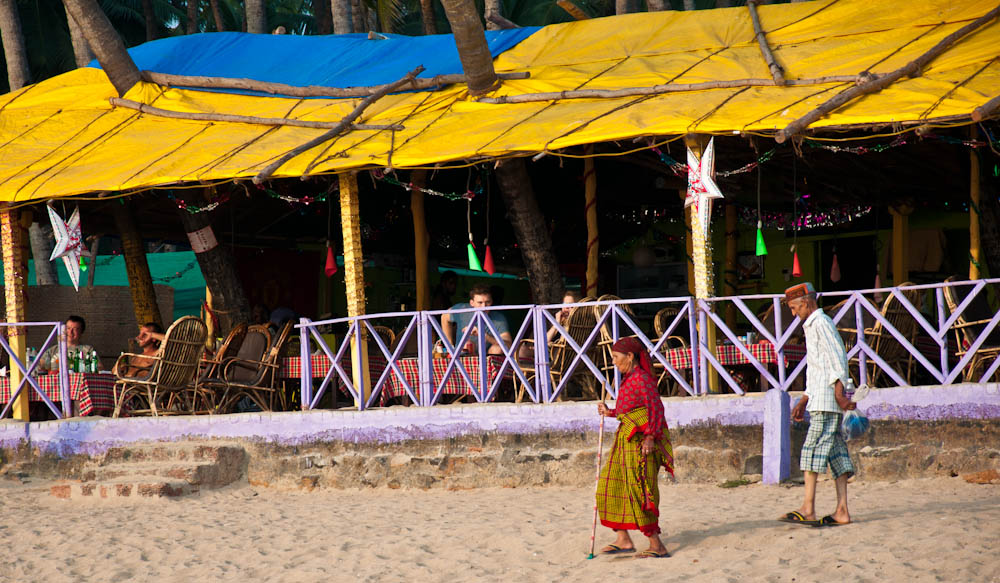 Old couple walking by the beach

And so going to the next shack, and because Goa doesn’t close a door without opening a window, we found our favorite spot in Palolem Beach: Spice of Life. Food at this place is out of this world. I swear… a mean tandoori chicken, the juiciest mushroom tikka, the freshest of fresh lime sodas, great salads, fluffy rotis, smooth and thick daal… served by the nicest bunch of guys! No wonder we ended up coming here pretty much everyday for 6 days, either for lunch or dinner. 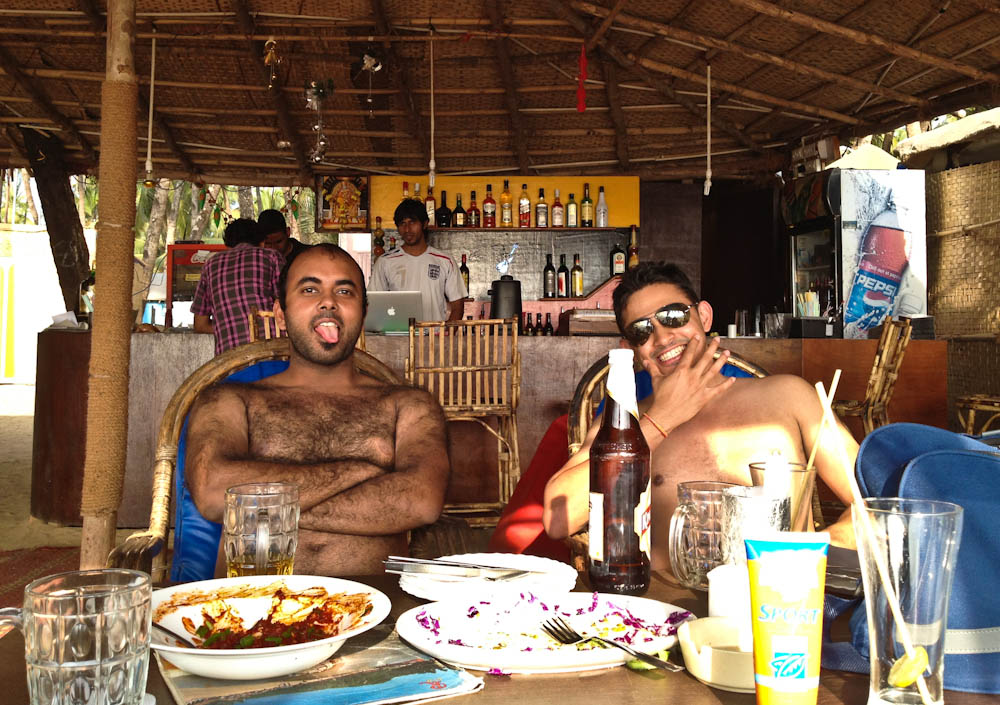 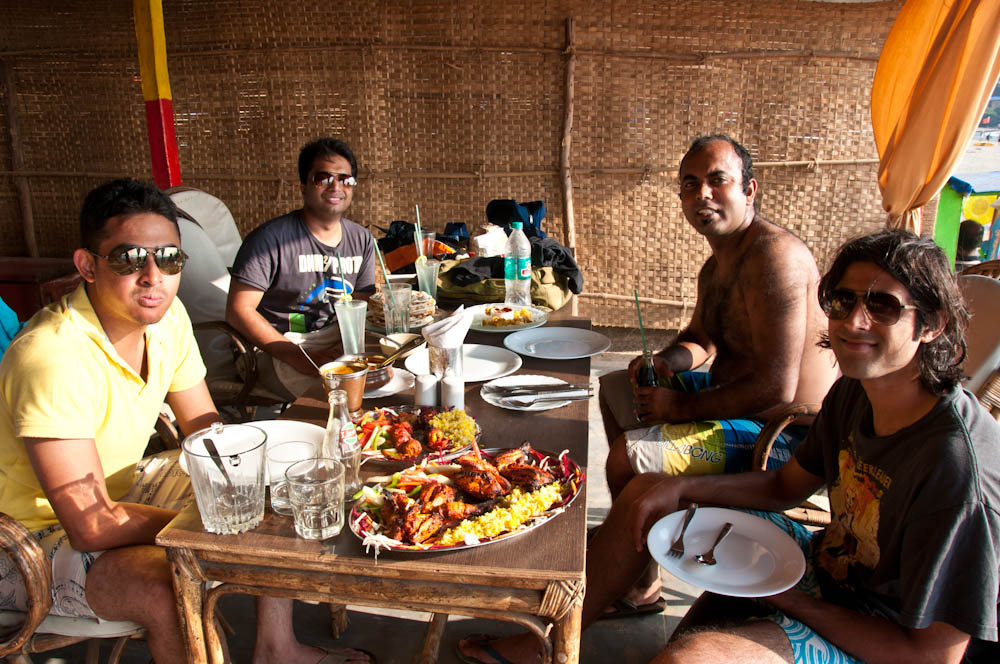 Lunch time at Spice of Life

That’s how the rest of our holidays in Palolem went: lounging around, eating mouth-watering food, laughing, bathing in the sea, joking around… just passing the time not doing anything much, and still having the time of our lives!

That’s what you do when you’re with an old group of friends that feels like family. Chat, remember stuff you did together, eventually try to strike some smart conversation… and then get interrupted in the middle of it by your friend Ayush saying crap like “Why are the Kardashians so famous?!” when you’re discussing the state of preservation of Indian monuments. Good thing Avinash always has a good answer for everything: “’cause they preserve their monuments quite well!“ 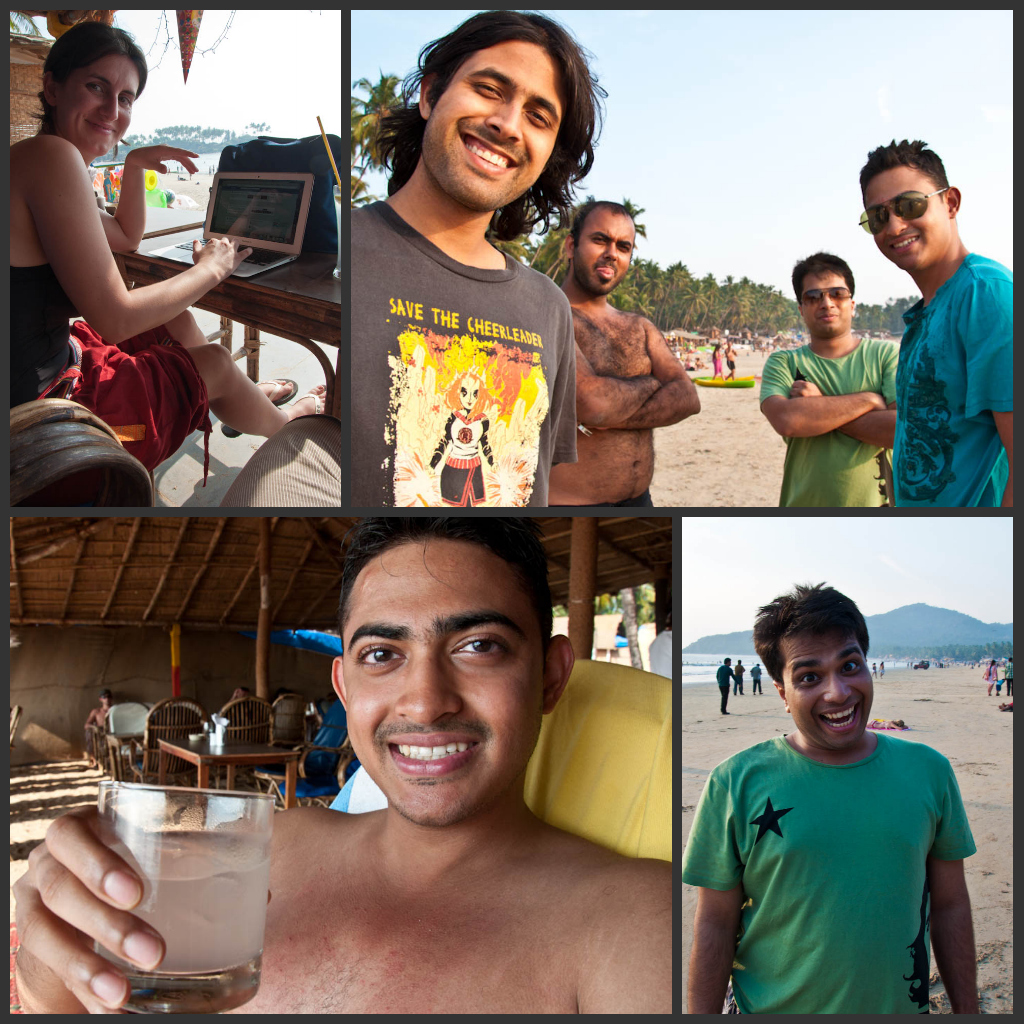 How to pass the time in Palolem…

After a few days making Palolem our home, the last day of the year 2012 arrived.

I had never spent New Year’s at the beach but I’d go back for it any 31st of December of any year to come! Taking a seat at Spice of Life, we ordered all the dishes that had become our favorite in the meantime. Feasted like we had feasted all the days building up to this and then enjoyed the midnight fireworks.

Palolem was different that night. This beach can give you a “I belong here” sense other days, but not on that night. People from near-by towns and villages had come to the beach to celebrate and parts of the beach had just so many empty bottles of beer, packages of snacks and even people who had passed out and fallen asleep before midnight, that it was a partial turn off. So we sticked to the side of the beach that still remained under a cool spell (yes, by the Spice of Life) and enjoyed our night out. 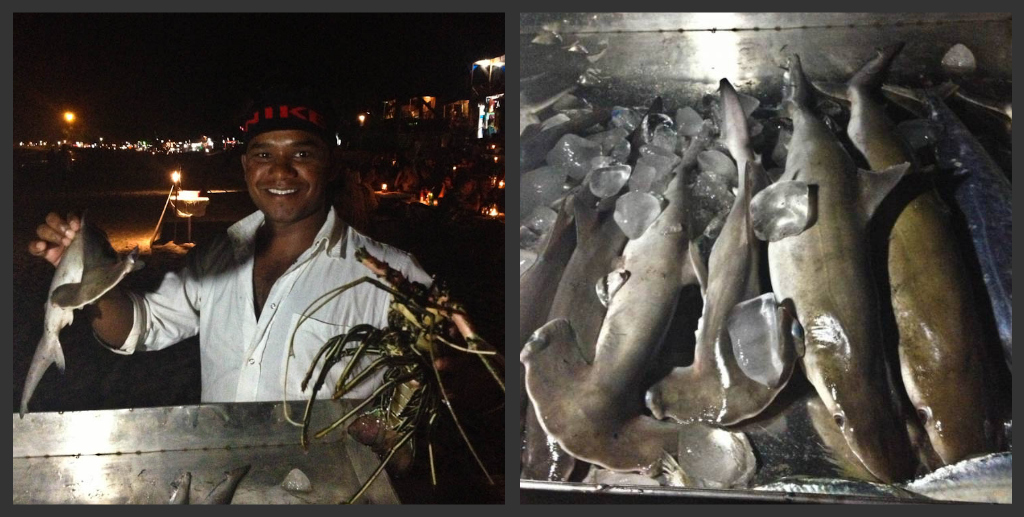 Baby shark for New Year's dinner, anyone? No, thanks!..

The best moment of our New Year’s Eve was when Psy’s Gangnam Style started playing and, as it had already become the anthem of this trip, we started dancing in the sand. This would have been pretty regular if it wasn’t for the small group of men from the village who decided to join us to dance, and they knew the steps to perfection! In case there was any doubt, yes! Gangnam Style has made it to the Indian countryside too!

The energy was so contagious that even the ladies who were picking up plastic containers from the floor (probably to sell for recycling) were dancing and shaking it to Brazilian songs, while giving away shy smiles.

Oh Goa, we love you!

Our first couple of days in 2013 were spent exploring the nearby beaches in our new set of bikes. 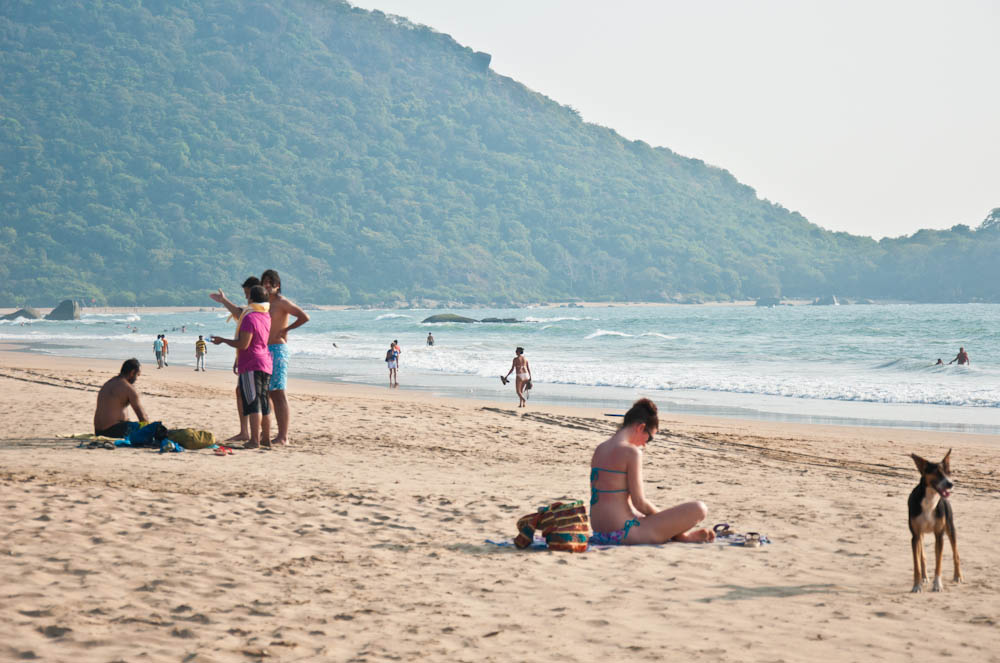 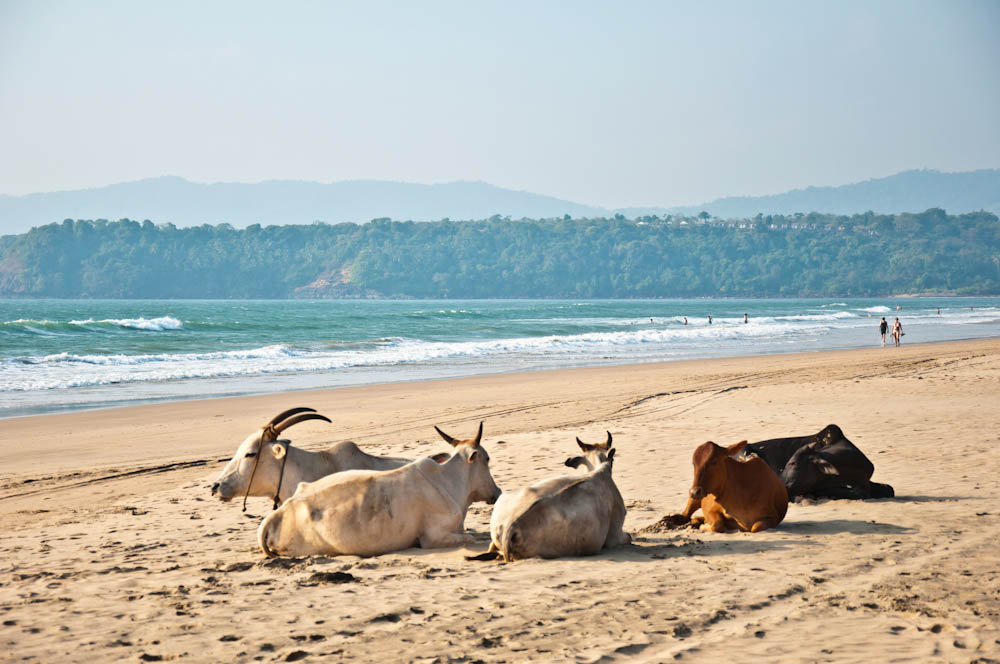 I'm sure many wouldn't mind being a cow at Agonda..

Agonda is probably not the beach I’d pick for a holiday – it’s beautiful but too calm if you want to spent several days there – but makes for a lovely spot to spend the day at. On the 1st of January, we had the place almost for ourselves. We drove our bikes passing by a very rural village that also includes a few big houses (“Gulf money”, as Ashray would put it) and arrived at a large stretch of whitish sand. We couldn’t have had a better start for the new year. 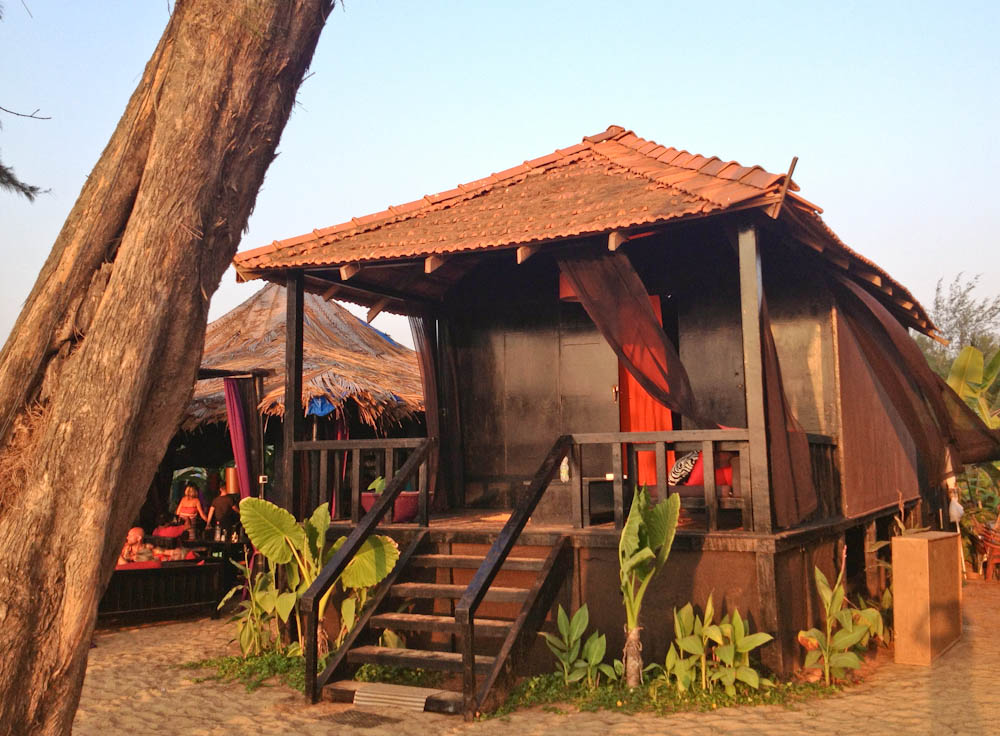 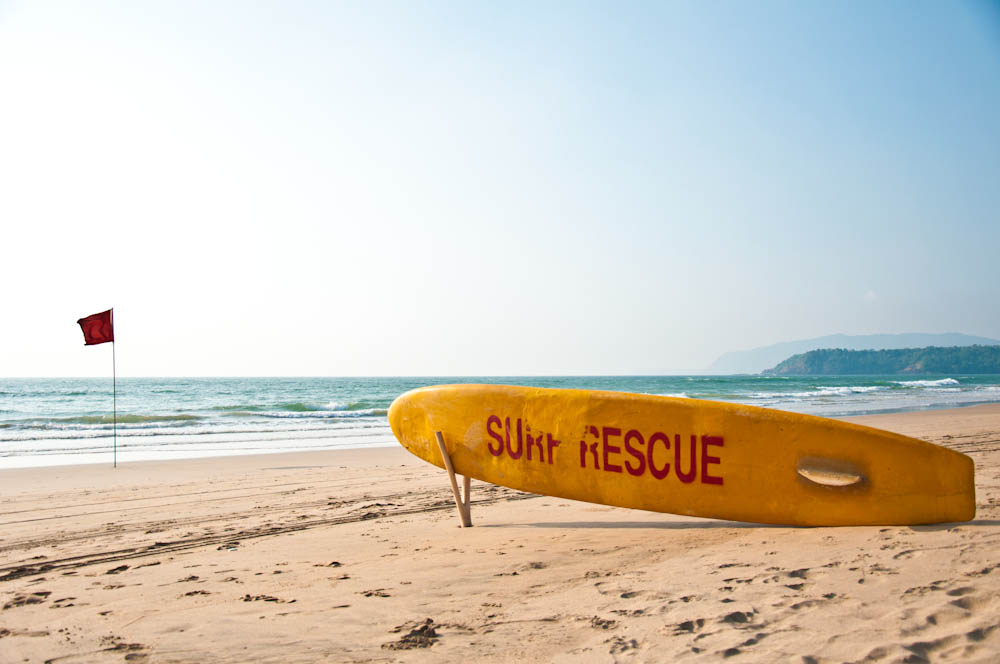 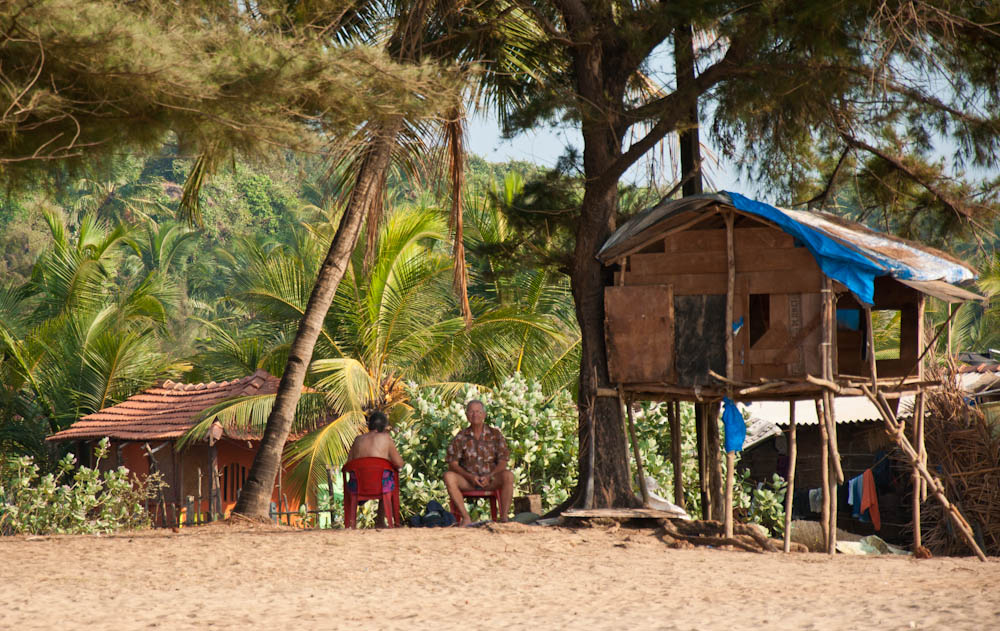 A hut by the beach

It was in Agonda that I made a bet with Mr. Avinash, who thinks he knows about Hinduism and his state of Tamil Nadu more than me. He should, I agree, but he doesn’t. And so betting that Diwali is a Hindu celebration with substantial differences between the north and the south of the country, I won a lobster dinner for all, later on enjoyed at Palolem. 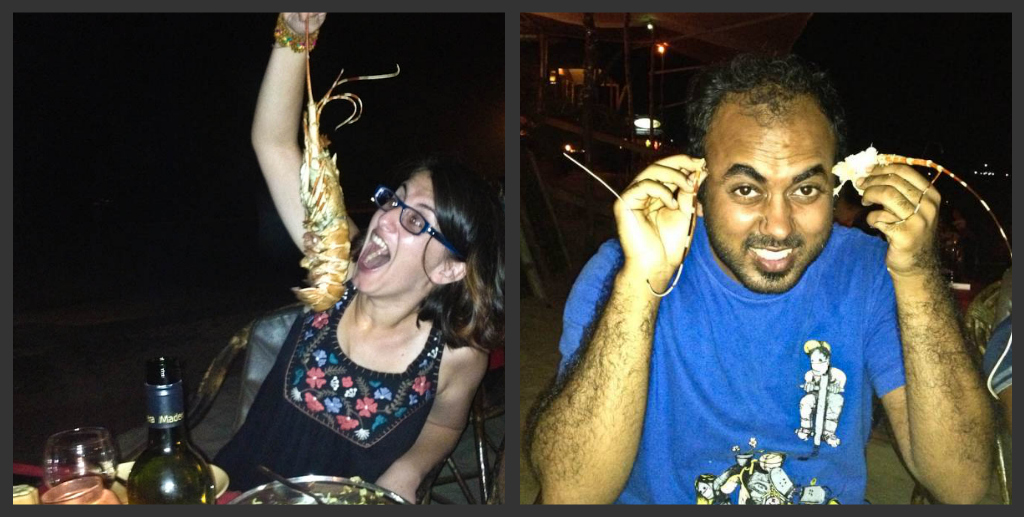 A dinner with Mr. Pinchy and District 9.

On our last day in Goa, after stuffing ourselves once more at the Spice of Life as a good-bye treat, we visited Patnem which is a beach about 1KM away from Palolem. Walking from one beach to the other on a not too hot day can be very enjoyable as it is beautiful all the way. But it was indeed too hot, so we took an auto rickshaw that dropped us there for about 1USD.

And so we said good-bye to Goa, lounging around like pros (we had accumulated a lot of experience on that field in the meantime), already missing the place, the flavors, the breeze, the freshness of the water and the friendly vibes. 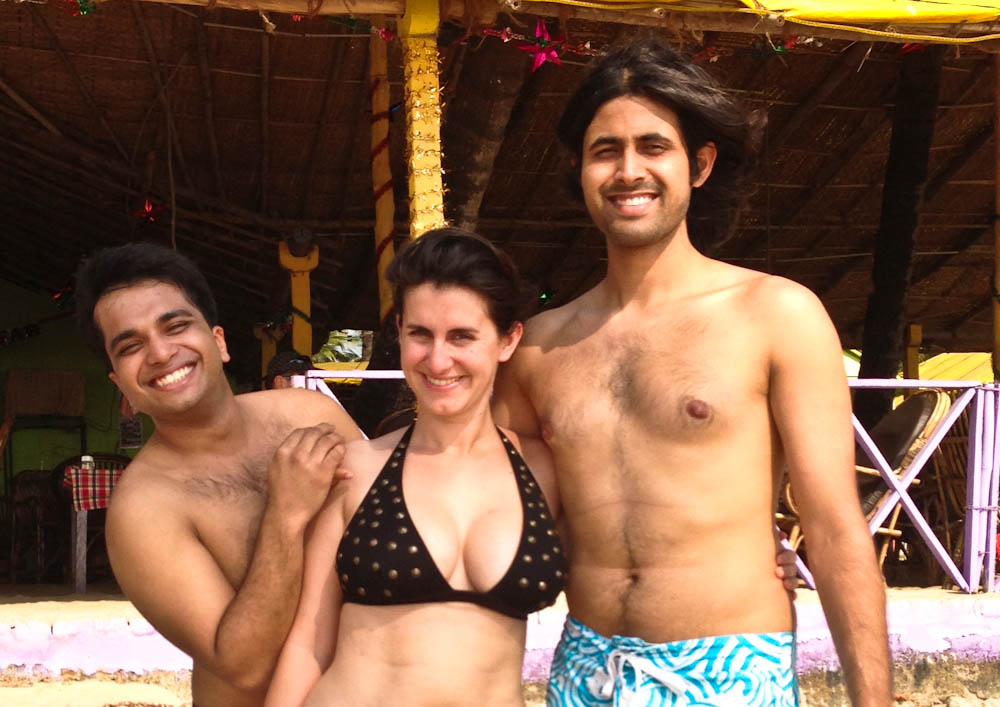 But one thing was certain: we were going to come back!…