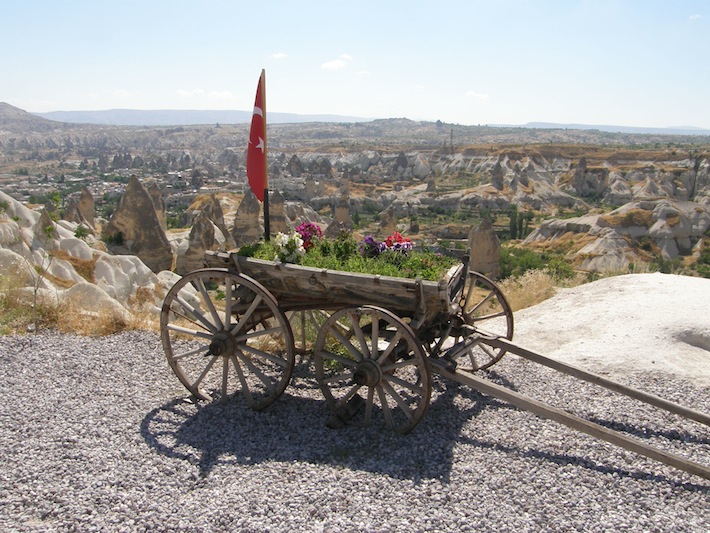 Looking out over the amazing natural rock formations in Cappadocia, Turkey is an amazing experience.

Cappadocia was a majority greek inhabited region, but in the (awful) population exchange of 1923, the greeks were forced to move to Greece. This is why you will find the odd Church converted into a Mosque in this area.

This region has some of the most unusual rock formations that give it an almost fairy tale like look. Resulting from volcanic eruptions thousands of years ago, there are story-book like chimneys rising from the ground all around you. It’s magical!