I have never really cared for fighting sports. Actually, it puzzles me that now-a-days, some fighting modalities are still so popular and people follow the careers of individuals who make a living smashing each others faces. I get that, looking back in history, fighting might have had a very important role for Men to prove their superiority in a certain community or context. But in current days, I would think there are far more interesting and healthy sports to enroll in. Like most things in life, I guess it’s a matter of taste.

Before coming to Mexico, I knew very little about Mexican Lucha Libre. I remember my friend Miguel having some weird masks back in Portugal and, apparently, those were the same masks that some famous “luchadores” (fighters) wear while fighting in Mexico. I always associated them to kinky sexual fantasies, in all honesty.

When I came to Mexico, Miguel asked me for a mask for his collection and so I thought that I’d buy the souvenir at the most “real” place there could be for this – during a match at the legendary Arena Mexico, in Mexico City. 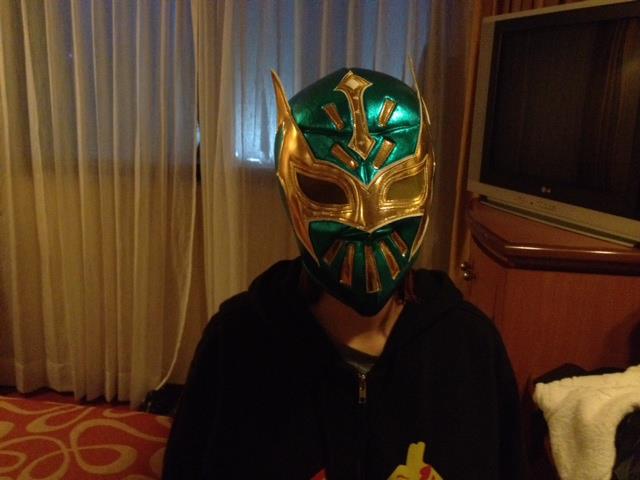 So, this is a piece of the entertainingly choreographed evening we had at the fights:

It was fun to see the match at first. You almost feel silly to be there watching this masquerade. You try to find some sense to it, but there isn’t, so just laugh and go along with it. Only that way it can be amusing, with the right mind set and leaving all rationality outside the arena’s gate.

It is amazing to see how this sport is so popular and people (specially kids!) LOVE the luchadores with the same passion teenagers fall in love with pop stars. They even endorse energy drinks, appear in movies and commercials for fast food…

They are the Britney Spears of the fighting world!

The masks are indeed cool… and the moves can get a bit WOW at times. But it does get monotonous after a while, at least for my liking.

It was a one-time fun experience but, still, there were 2 things that I disliked a lot:

1. It’s part of the process for the audience to shout out all kinds of insults, although in the tickets it says that it is forbidden to be rude and people caught doing so would suffer the consequences facing the authorities. The insults didn’t bother me at all (in fact, I participated throwing in some Hindi spices) but the fact that all the insults in Spanish had something to do with being gay did upset me lightly. “Puto” and “culero” were the gay-infused favorite ones, as if being gay was something bad or could qualify as an insult! Nevertheless, Mexican classic “pendejo” was the insult that ruled the most!

2. Apart from man-man and woman-woman fights (and 2 on 2 fights) there was something in the printed program that caught my attention:

“Minis fight”. What the hell was that?!

Would it be kids or dwarfs?

Well, not only was it little people (which would have been fine, because they are obviously there voluntarily) but they had to face super built-up men! How is this fair? Haven’t they ever heard the expression “go fight a man of your own size!”? The saddest part was when “Chimpi” (I actually don’t know his real stage name, but instead gave him this pet name) got kicked in the face by a luchador that, next to him, looked gigantic. 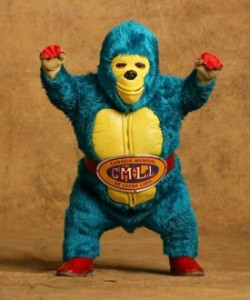 Our photo camera got confiscated at the entrance as you are not allowed to enter with recording devices. Luckily, our video camera was under my hoodie inside the backpack and they didn’t see it. I managed to shoot some videos during half the match and then got told off by a guy all dressed up and equipped with a device in his ear as if he was from the FBI.

Shame I didn’t manage to capture Chimpi’s part of the show. The was the c-u-t-e-s-t!