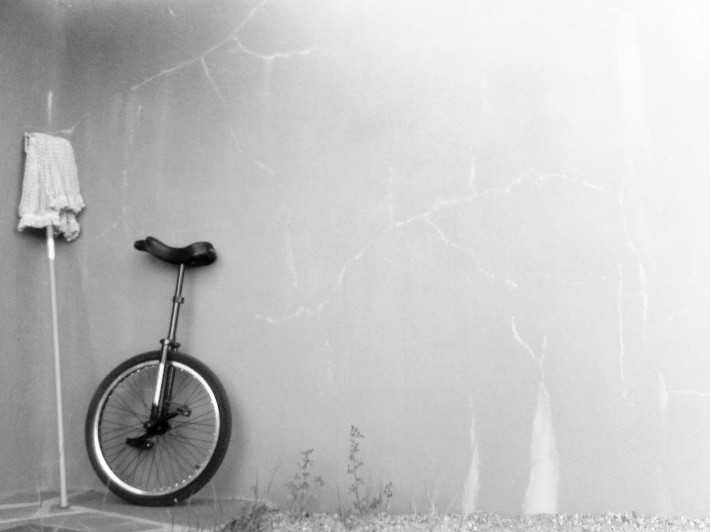 September 14, 2013 /Posted in Around the World in 80 Posts, Europe, France, Netherlands /By Yoshe Watson

From Amsterdam to Paris… on a unicycle!

I am currently spending 10 days traveling 643km from Amsterdam to Paris… on a unicycle.

This idea was born as a joke with friends at the pub, and gradually the more I thought about it, the more this ridiculous, obscure idea began to seem like an actual possibility. I’m always looking for challenges, and unusual ways to travel and explore, and since 2008 I have also been looking for a way to raise money for a charity called Sands. In 2008, my baby sister Hope was tragically stillborn. This was a devastating loss for my family, and I have never forgotten the support we were given by Sands, the stillbirth and neonatal charity, who support bereaved families, as well as working to reduce the number of stillbirths and neonatal deaths. A shocking 17 babies are stillborn or die shortly after birth every day in the UK, and with donations, Sands can research how to reduce this figure. 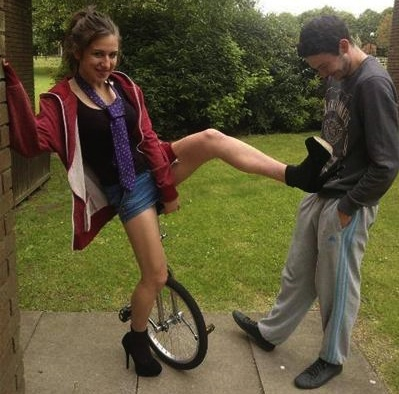 And so with this personal motivation, I dedicated this trip to Hope, and began preparation for the biggest challenge I have ever set myself.

I didn’t have much time, riding a unicycle for the first time just 4 months before I was due to start the 643km distance. The training was frustrating, I spent most of it just learning how to balance and covering the basics, leaving very little time to practice stamina, hills, or carrying a rucksack. A little nervous and vastly underprepared, I flew out to Amsterdam on the 3rd of September and began the journey the following day.

I’m now going through Belgium, just over half way, and it’s been incredible. 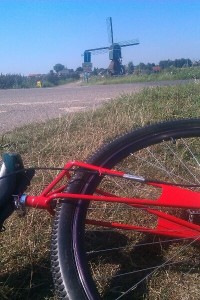 Exhausting, inspiring, demoralizing, wonderful, painful, exciting, frustrating and exhilarating. The online support has been amazing, with people from all over the world sharing words of encouragement, and I have had daily messages and calls from my amazing friends, family and boyfriend, who really keep me going when it gets tough. I also get brilliant reactions from passers by, who are often excited and bemused to see this unusual method of transport!

Certain moments of this challenge have really stood out for me. I will never forget a certain corner I took on the first day. I was already very tired, beginning to worry that the overall distance may be impossible, I had fallen and my hand wouldn’t stop bleeding and I had spent 3 hours going round in circles, completely and utterly lost. And then I turned a corner, and a road sign informed me that I had 26km to go, meaning that without realising I had crossed the half way point for that day. It was a very literal experience of ‘you never know what may be just around the corner.’

Other exciting moments included accidentally unicycling onto the motorway, and being asked to pose as a sports endorsement person for an energy drink! You can follow the adventure on my Facebook page. 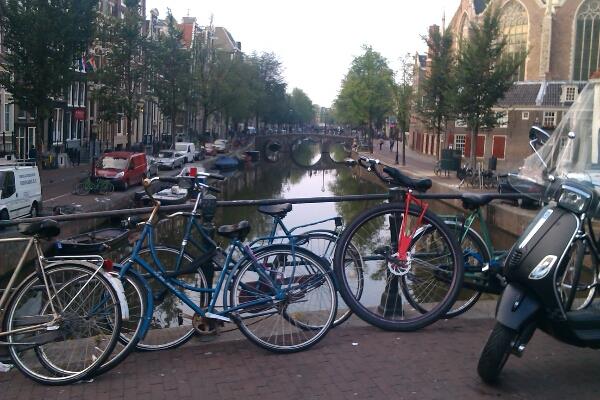 By the canals of Amsterdam

There is no doubt that I am inexperienced in uni-cycling, I was under-prepared for this massive challenge, and there have been times when this journey has seemed impossible. But while there is definitely a time to be completely prepared, and to be the absolute best at what you are doing, there is also a time to go for things, and not be put off by inexperience. What I have lacked in skill, I have made up for by having a fun, and slightly crazy idea, and the determination to see it go through. During this challenge, I have pushed my limits further than I ever thought I could. I am learning as I go, I am on schedule to be reach Paris, and I am having the adventure of a lifetime.

I would really appreciate it if anyone would like to have a look at my Justgiving page, and possibly donate to this fantastic charity. You can also donate (in less than 2 minutes) by texting YOSH93 to 70070.

By YOSHE WATSON.
Help her raise money for this cause!