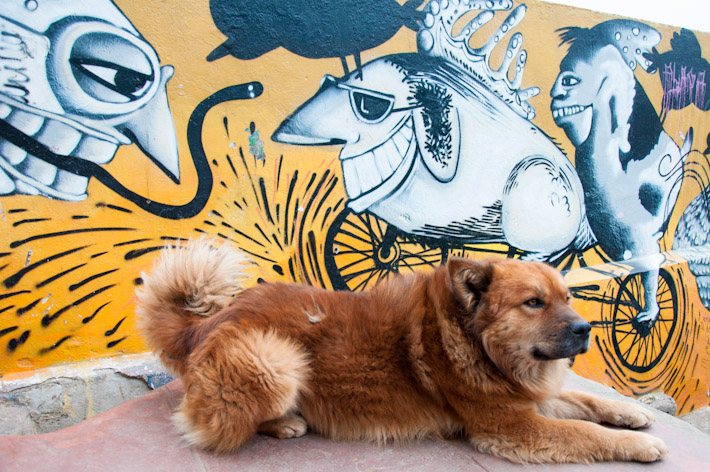 The other day in Santiago de Chile we randomly met a girl at the Embassy of India. She was a traveler herself, asking for a visa. She told us that “while in Chile you must go to Valparaiso! It’s a paradise: all about art and communism! Just like Berlin”. Coincidence enough, we were actually heading to the city locally known as “Valpo” in just two days.

Valparaiso has a lot of art and leftist vibes going on, true. But there’s much more than that to it! We joined a free walking tour, as an intro to this city that deserves to be explored with time, an open mind and a fit pair of legs (we’re talking about steep hills galore!).

My favorite thing about Valpo is the politically charged street art you find around any corner, as well as the omnipresent dogs you can easily make friends with.

There’s no doubt that the spirit of Valparaiso is meant to be felt while out there, in the streets.