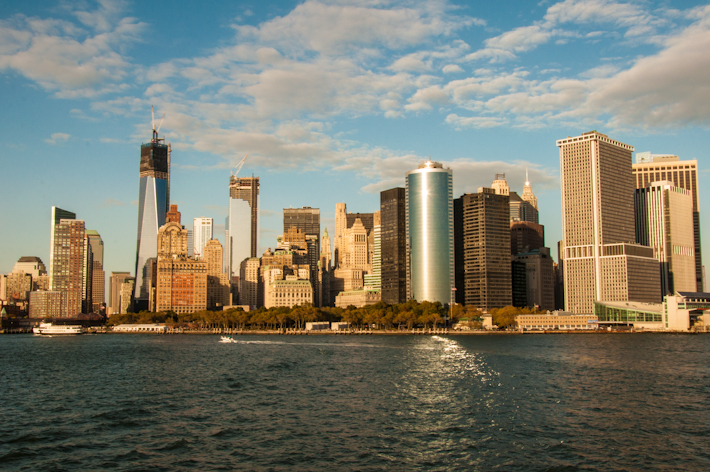 After spending an entire year traveling around Latin America, landing in New York City is almost like traveling to the future.

Neither Ashray or myself had been in the USA before, but roaming around these streets was like deja vu. How many movies, TV series and songs inspired by this city have we enjoyed throughout our lives?

I can picture the guys of Friends

in the Upper East Side; Ted from How I Met Your Mother

sitting in those recognizable building entrance stairs thinking about life and love; the hilarious situations that Kramer, Costanza, Elaine and Seinfeld

have been involved with New York as a backdrop or sitting in a typical American diner… and, on the musical side of things, Jay-Z and Alica Keys’ song, promising that the city lights will inspire us. 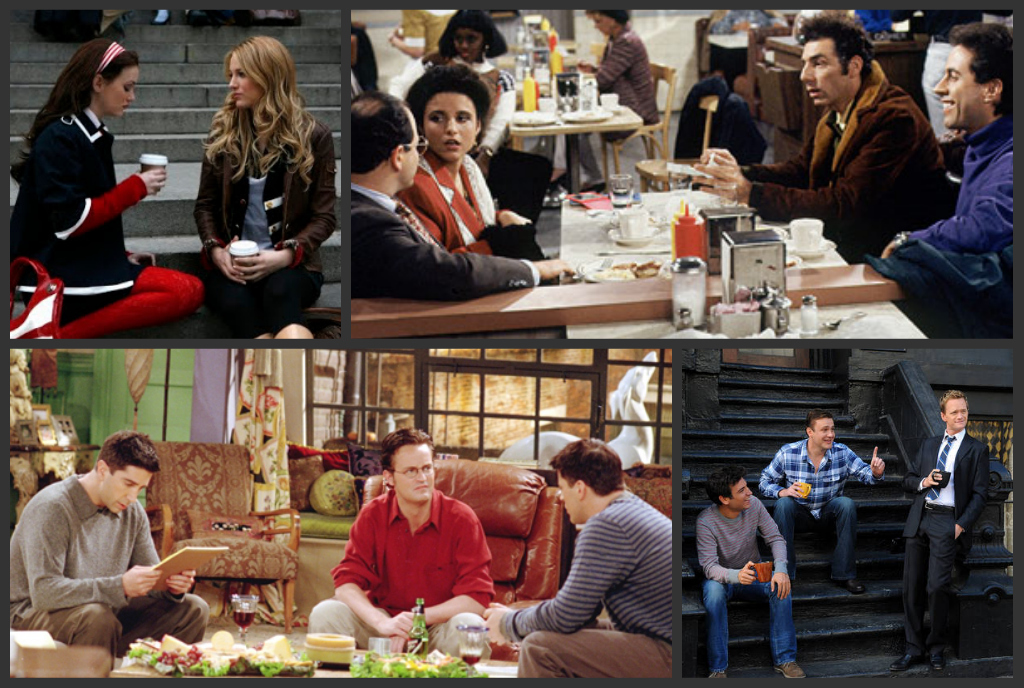 Some TV shows that have fed my ideas of New York

We arrived after midnight but, being this the “city that never sleeps” there were still people roaming around. It helps that the metro network operates 24/7. Taking a train transfer to the closest metro station we met a Russian guy who worked at a fashion store in the airport and who was happy to establish conversation with us. After we told him we had just been traveling for one year across Central and South America, he said: “And is this your first time in America?“. In the USA, yes, it was our first time indeed.

Once we reached the metro station, this guy who was guiding us towards the line we were supposed to take, started walking really fast. Later we would come to understand that, actually, that’s just the regular pace of New Yorkers. You get so used to walking fast to get to places that, even when you’re not in a hurry, you can’t help it but to have your feet accelerating on the concrete. 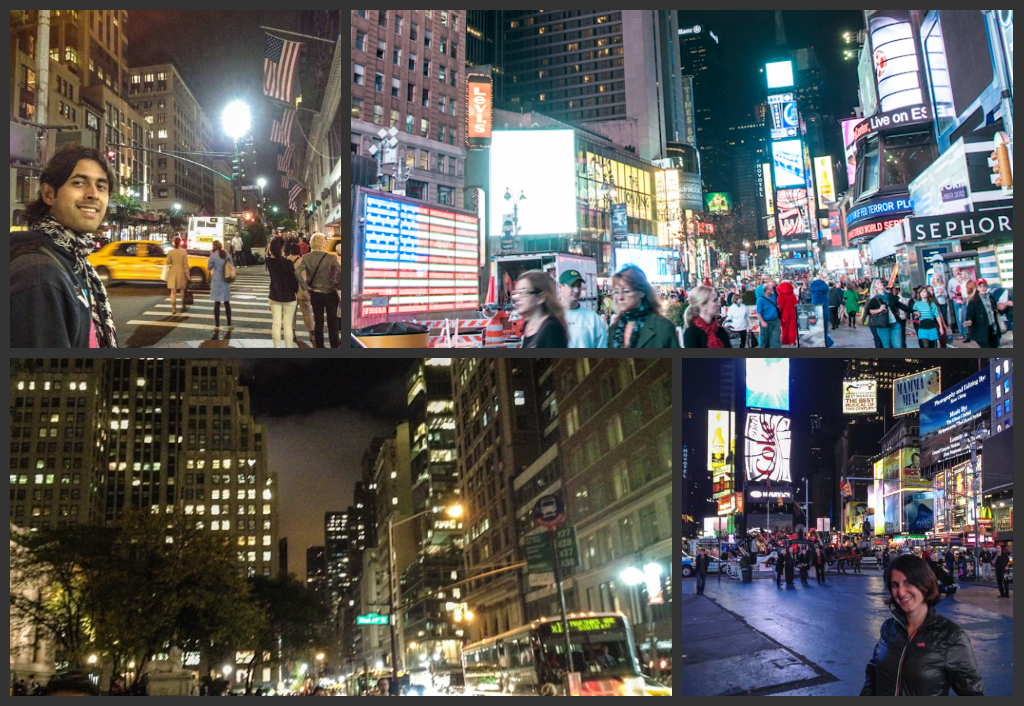 Riding the metro and switching lines late at night felt surprisingly safe. I’m not saying shit doesn’t happen in these kind of places, but, excluding the occasional rodent making its way down the subway tracks, the vibes were not bad.

We reached Queens, our destination. On the 10minute walk between the station and the Airbnb rental we had booked, we stopped at a convenience store to get some supplies. The man behind the counter was Indian (or at least of Indian origin), just like Apu from The Simpsons

. While I was noticing him and thinking about Apu and his 8 kids on the TV show, I noticed the prices of the items on display. This was no longer Latin America, and apart from the cashier, this didn’t have anything to do with India either.. 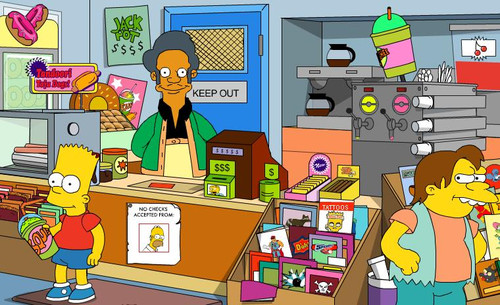 Apu at the Kwik-E-Mart (from The Simpsons)

Aside from some over priced fruits sold by the unit, and low fat dairy products, these omnipresent convenience stores sell very little decent food. Things tend to be processed, high in fats and sodium and, overall, very artificial. This is even more noticeable when you come from certain rural areas in Latin countries, where eating organic goods does not involve paying a premium. It just happens that those are the regular things you get over there. 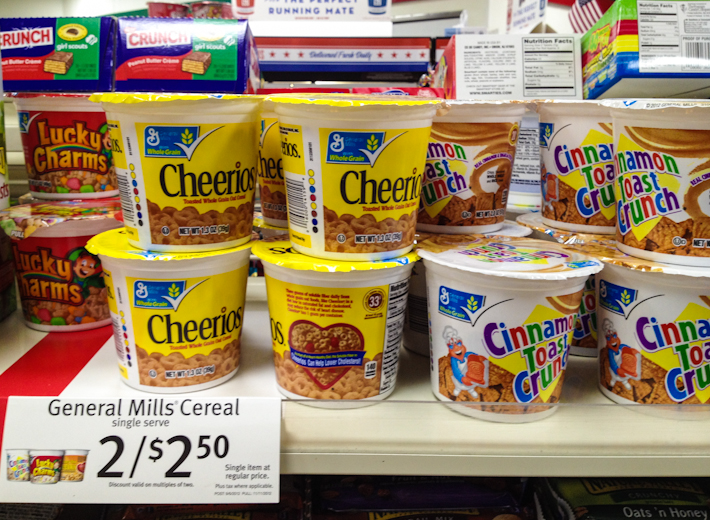 A single serving of cereal for "just" USD2!

We finally walked to our place, which turned out to be the best Airbnb experience we ever had! Accommodation prices in Manhattan (where tourists tend to stay) are insane. Low prices start just above $100/night for places with terrible reviews that might not even offer a private bathroom and that, following the local tendency, do not even offer breakfast. In Queens, we stayed in a great neighborhood where we could feel somewhat closer to living like locals instead of tourists eager to stay near all the NYC landmarks, paying $80/day, for an apartment all for ourselves, with living room, kitchen and a fully stocked fridge with breakfast supplies for the upcoming days. Hello bagels!

We were greeted by Sabrina and John, the couple who owned the place, as well as their cute dog Bonita, and we felt ready to explore New York!