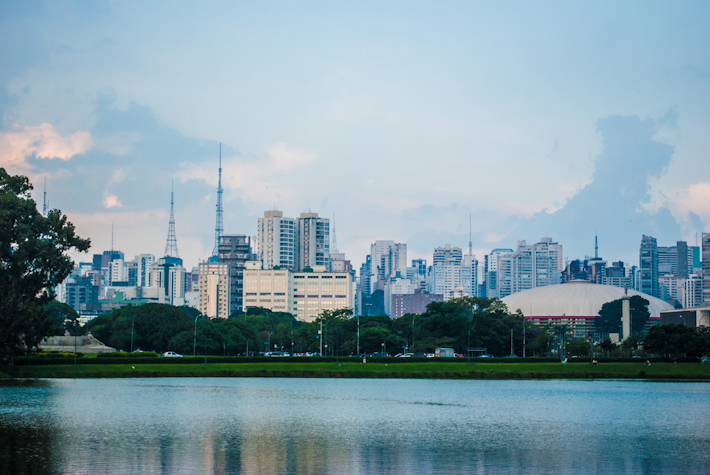 Welcome to Sao Paulo, the largest city in Brazil. Once you become acquainted with this place, you might refer to it as “Sampa”, like locals and friends do.

This is a view of the city’s skyline from Parque do Ibirapuera. When I think of parks, at least in most parts of the world, I picture garden areas with kids swinging and playing around. Not in Ibirapuera. There were kids, yes indeed, but more than that, there were grown-ups who showed us how much Brazilians tend to care about their physical appearance. I had never been in a place where the average person takes such good care of their body!

In Ibirapuera during the weekend, girls would stretch with shorts and tight tops, as guys run topless with zero chest hair. All of this so that you can fit in the craziness of the city of Sao Paulo, during the rest of the week.