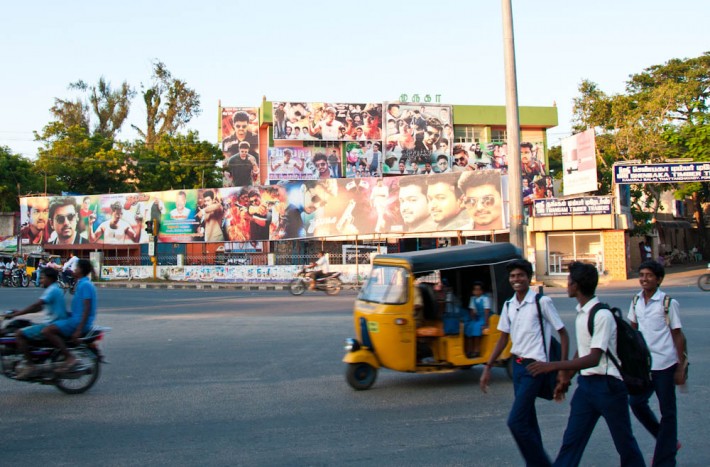 After a few days in the capital of Tamil Nadu, Chennai, we thought we’d explore a little bit of the rest of the state, and go to some neighboring areas.

Once the main reason we traveled to the South of India was to escape the madness that Delhi and our life over there were being, the idea of going to Puducherry sounded perfect!

And so we hit the road for a couple of hours on a freezing-cold AC bus! 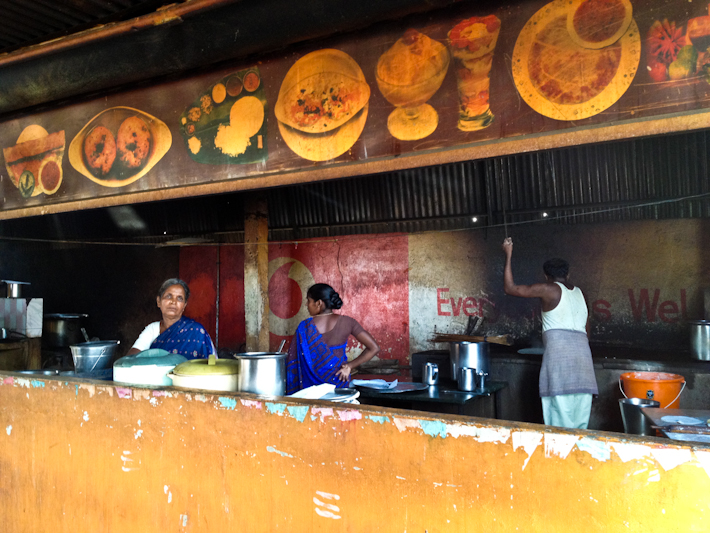 Stopping for chai at a road-side dabba

Puducherry (also known as Pondicherry) is a sea-side city famous for its French legacy – this was the biggest ever French colony in the sub-continent. If you’ve seen Hollywood’s “Life of Pi” you must have gotten a glimpse of the “Pondi” of a few decades ago. Don’t let yourself to be fooled. It is not as nice as in those images, neither as French Riviera like as guidebooks might induce you to believe.

The French influence is clear in some colonial buildings (not so well preserved for the most part) and in the names of the streets. But this is not the kind of place I’d picture myself going around leisurely on a bicycle. And there were no croissants either. 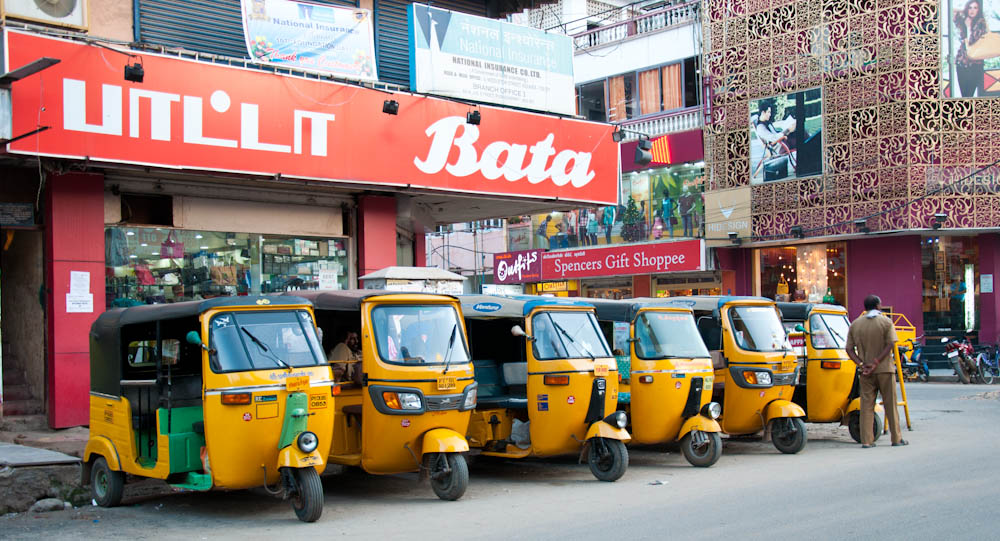 An army of auto rickshaws in the centre of Pondi.

The most popular entertainment activity in Pondi is to take walks by the beach front. After I read this, I was picturing Ashray and myself with our bare feet in the sand, towards the end of the day, letting the crazy of Indian city life behind us. We did take walks, but just not with that serene backdrop!

Pondi is interesting as other Indian towns and cities are: to observe people going about their daily life, doing their chores. But not that romantic or particularly beautiful. It wasn’t that bad, but definitely not my cup of chai either, specially after the hype of travel articles I read online. I believe that the authorities, knowing tourism is big in their city, should do something about waste management, particularly in the beach front, considering this is the most touristic area (for locals and people from abroad alike). 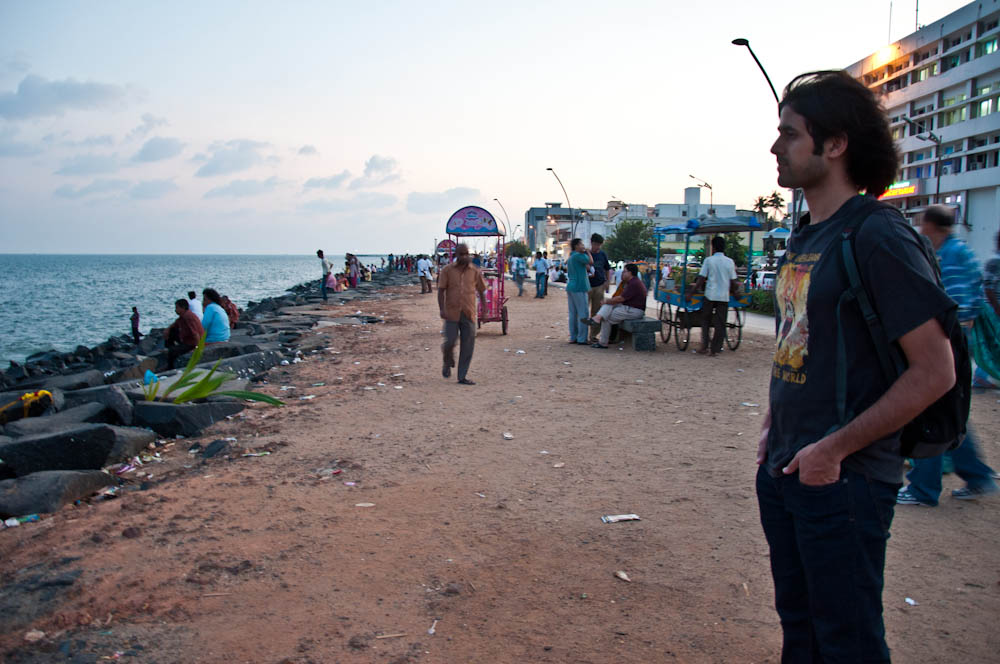 My favorite part of walking around Pondi in the evenings was to watch locals equipped with snow caps and gloves, while I was in short sleeves or a very thin jacket at the most. The South has tropical climate and during winter (which would still be a regular Spring climate for me) people actually get cold.

There isn’t much to do around Puducherry. A lot of foreigners come here to visit Sri Aurobindo Ashram, where religious studies and yoga classes are in the daily schedule.

I felt like watching a local movie while in Tamil Nadu, but we couldn’t see any as (obviously) they’re not screened with subtitles in the cinemas. Tamil cinema is referred to as “Kollywood” and is one more example of the cultural variety that makes India impossible to ever become boring.

One might think that all Indian movies are Bollywood, but that’s not true. Different regions of India have their local movie industry in the regional language, with actors that make it easy for people from a certain state to feel more identified with and touching pertinent subjects for that audience. In Tamil Nadu, Rajinikanth seems to be a true hero.

Rajinikanth: known for his ultra realistic genre of movies! :P

I haven’t watched any of his movies yet, but I should! If you have any particular recommendations for any of his films, do let me know in the comments!

And talking about alluring Tamil men, let’s us talk about the regional dress of Tamil Nadu, which is worn in other Asian regions too. It might look like a lower part of a saree or a skirt to some, but this men only garment is called lungi and it looks very comfy and breezy! Just like sarees for ladies, different ways of wearing and tying the lungis also apply depending on the region of Indian you live in.

Breezy lungis for all!

Lungis can be very pretty, depending on the print…

… but the sight of a man trying to grab his junk to go to pee in the middle of the street, reaching from under the cloth, is not that sexy!