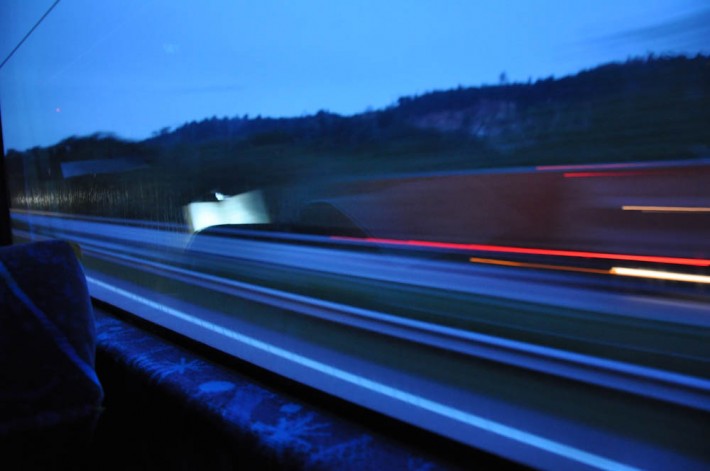 I believe this post will be helpful to those who are looking for 3G internet access in Portugal and Spain. Lets start right away!

We were in Portugal in November 2011 – at the time, Vodafone had the best 3G package that we could find in terms of affordability, bandwidth, and speed.

Upon visiting the Vodafone outlet in Baixa-Chiado we met a really nice sales rep. He told us that Vodafone had some new plans but there was an older plan that was better and he’ll check for it. He found us a 10 Euro plan which would give us 10 Euros of credit but at the same time allow us to use 500MB of data for 15 days. As we were staying in Portugal for 15 days – this was ideal for us.

We got the sim-card with no hassle and the data plan took 30 minutes to get activated. From there on it was pretty smooth sailing. The connectivity is excellent and the speed tests that I ran gave me pretty great results:

All speed tests are done on my iPhone 4S.

Our experience with telecom in Spain was both frustrating and extremely disappointing.

We visited 3 Vodafone outlets in Barcelona but NONE of them had a pre-paid simcard available! Not even the huge ‘official’ Vodafone shop! Shameful!

Finally, we ended up visiting The Phone House near La Ramblas and the sales rep there said that we should go for a YOIGO simcard since that would give us an 8 Euro/week data plan. (data plans in Spain are FAR more expensive than in Portugal) . But this wasn’t all – the sales rep apparently activated the wrong plan on our sim and unbeknownst to us – we were getting billed 3 Euros/DAY!

What’s more, the YOIGO simcard costed us 20 Euros to get in the first place. Talk about a rip-off!

Finally in Granada, we managed to find a Vodafone simcard (this was after trying at shops in both Barcelona and Valencia). We bought the simcard for 1 Euro and topped it up with 10 Euros.

Finally, realizing that we had no credit left, we filed a complaint with Vodafone Spain and asked them to refund the money as well as activate the correct plan on our phone. They took 3 days to do this but finally came through.

The speed on Vodafone Spain was quite good:

Also, beware of Vodafone Spain’s rather strange pricing structure. The 3.5 Euro/week data plan will cost you 3.5 Euros/week and another 0.50 Euros/day. This means that you will effectively be charged 7 Euros / Week. Twice of what the plan’s marketing angle says.

If you can find a Vodafone pre-paid sim card in Spain – Go for it! They have the best prices and plans (despite the unethical marketing), no matter what any Phone House rep says to you. Unfortunately, their prepaid sim-cards are really hard to find for some reason.

Vodafone Portugal was the best experience in terms of customer service, reliability, balance of upstream/downstream speeds, good 3G packages as well as easy to set up.

In the realm of 3G technology, Spain is definitely behind Portugal.
Time to catch up Spanish telecom!

It’s important to mention that most cities in Portugal are now 4G ready. So if you have a newer iPhone or Android phone, you can enjoy the same kind of internet packages as above, but at much faster speeds! I’ve got a Nexus 5 right now which supports 4G/LTE in Europe. There is a 5GB package available from Vodafone for 19.99 Euros which is good for a month. You can add another 5GB if you finish your quota before a month.

Please note that although Vodafone sim cards in Portugal are 4G ready – you may have to place a call to the call center to actually activate 4G speeds.

When I tested the 4G downstream in Lisbon I got a whopping 66.06 Mbps and an equally impressive upstream of 24.47 Mbps.

While smaller towns in Portugal do not have 4G availability, they do have HSPA+ (which is better than 3G). In my tests with HSPA+, I managed to get a 9Mbps downstream and 4Mbps upstream.

You can do pretty much anything on the go with speeds like these. It is also easy to tether your laptop to your phone so if you fancy a day working by the water, soaking up the sun, go for it!