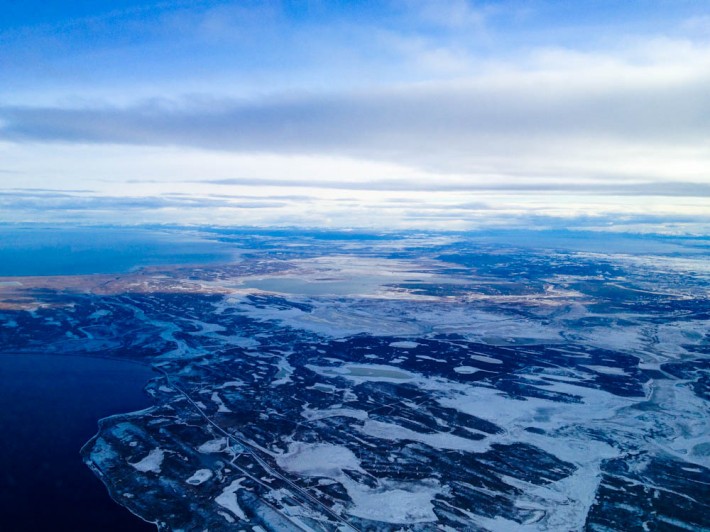 Winter adventures at the end of the world

There aren’t many people that dare to travel in Patagonia during the winter but circumstance and a certain thirst for adventure took us there in June 2012. Landing on the snow covered runway with the plane struggling to brake was quite an experience. Looks like we got off to an exciting start! 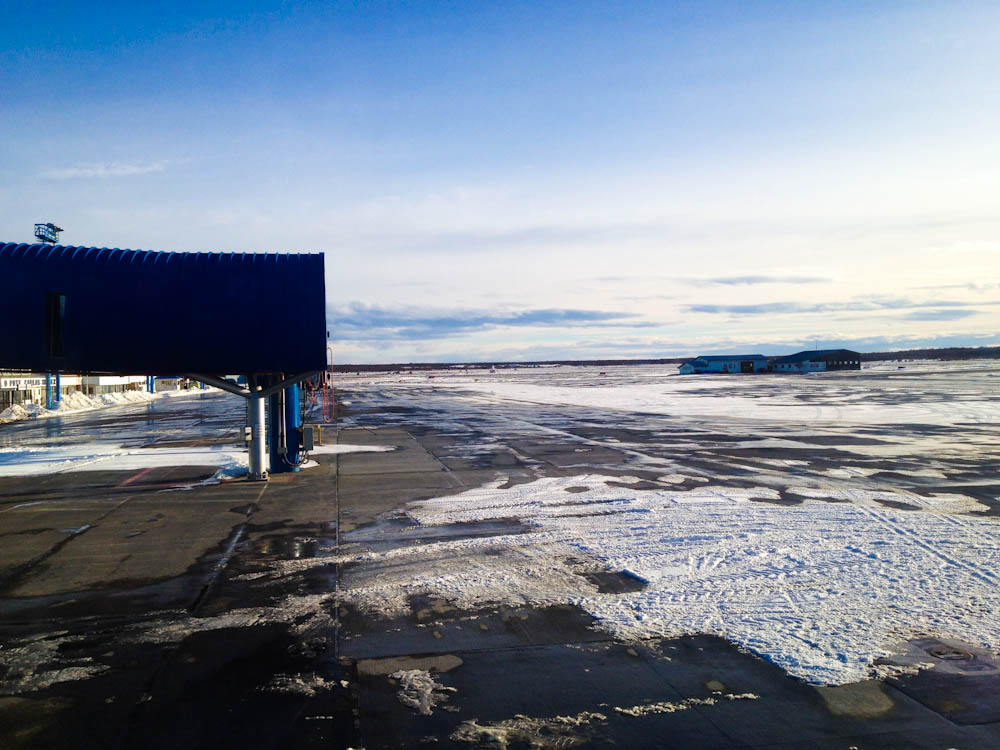 Can you believe this is where our plane landed?!

Punta Arenas, is a sprawling city – also known to many as the Southernmost city on earth. The city is situated at 53.1554° S, 70.9064° W. That’s so far down south that that during summer you have sunlight for 24 hours and during winter we only get to see the sun for around 5 hours a day. What’s more, the sun is never overhead and just slinks along the horizon between sunrise and sunset. Photographers are obviously pleased because the world that far down south is always at it’s Golden Hour.

So once we arrived at Punta Arenas, the first thing we felt was the biting cold of -5 degrees celsius and the freezing wind in Patagonia. We needed to get something to eat as soon as possible so once we checked into our hostel, we decided to walk around and grab some grub. As we walked along the waterfront we saw the cool kids of Punta Arenas skateboarding with a view of Tierra del Fuego covered in ice. 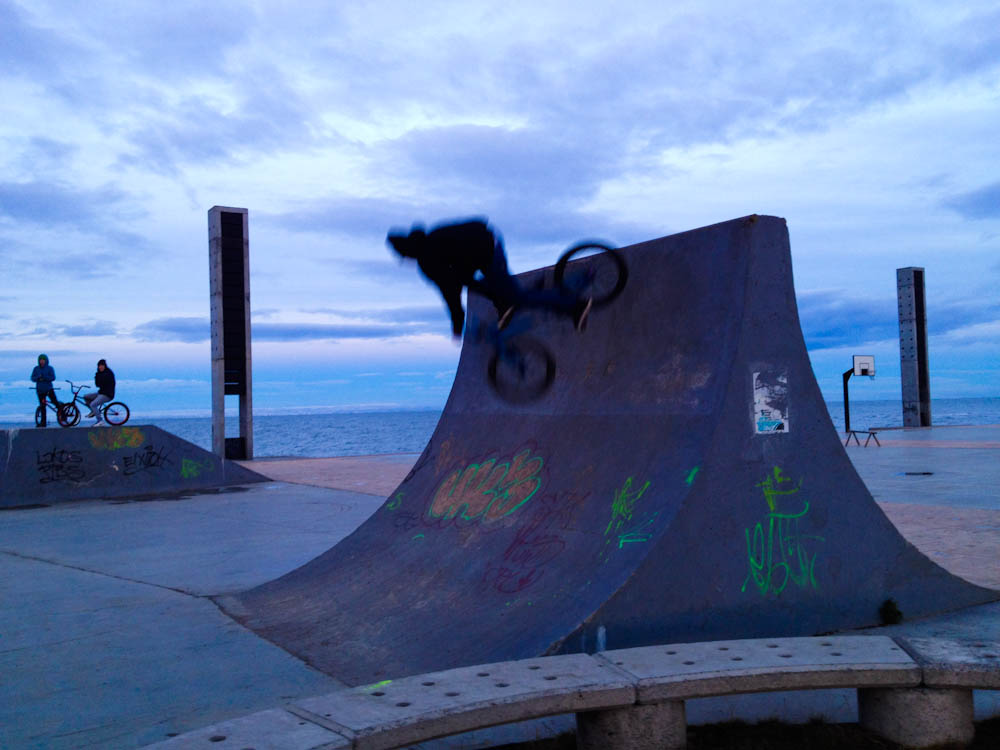 Skate on to beat the cold!

Dinner was at a wonderful steak house and given that there wasn’t much else to do on a cold wintery night we decided to hit the casino! The Dreams casino is a rather big and central establishment in downtown Punta Arenas. The freezing winter nights make drinking and partying outdoors impossible, it was no wonder that the slots were bustling with activity! We spent a good few hours in there (as you know time tends to fly by..). After losing a sizable amount of money (backpackers can’t afford to lose much ;) we decided to call it quits.

At 4 in the morning it started snowing outside! This didn’t appear to dampen the spirits of the Punta Arenas locals and contrary to our previous assumptions about not being able to party outdoors, there were people talking and drinking on the streets. (-5 degrees celsius, snow outside) I peeked out of the window and was quite shocked at the general sense of cheer around. Punta Arenas is described as a party town but I had no idea that they would take it so seriously! 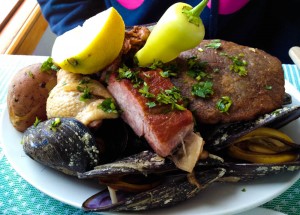 Chilean curanto: what a feast!

The next day was bright and sunny and so we decided to walk around town. The snow was pretty fluffy now as compared to the previous day’s slippery iced streets. We headed towards the Plaza de Armas where we had some wonderful coffee. After walking around for a bit more we decided to grab some lunch. We hadn’t yet tried the Chilean special of the South. Curanto! Curanto are massive mussels that you can eat in the south of Chile. Traditionally, they are fire cooked in a hole in the ground. However since there was snow all around I believe our Curanto was cooked another way. The mussels were delicious and came with some sausages and potatoes. We complemented our meal with some Ceviche. If you’re in the south of Chile, looking for curanto you should look out for restaurants that have “Hoy Curanto” written in the front!

The cemetery in Punta Arenas is quite famous and we it was conveniently located right next to our hostel. So we walked in there and found hundreds if not thousands of graves. The rich had their graves adorned with fresh flowers, and their tombs were made of marble, granite or other polished materials that made sure that you knew – a rich person lies here. The poor on the other hand had almost nothing. The lucky ones had their names on their graves and the luckier ones had some plastic flowers. It’s sad that even in death society succeeds in dividing us based on class. The cemetery is really beautiful and had quite a haunting air on that quiet June afternoon. 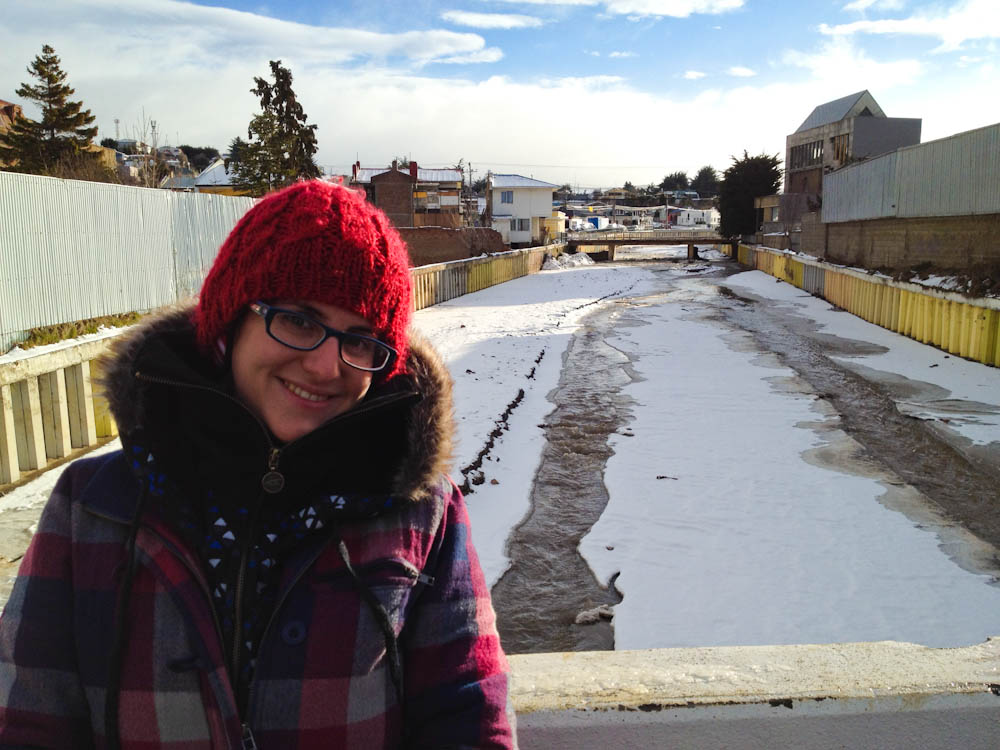 As night fell, we were tempted to visit the casino again but we had learnt our lesson! So we ended up trying a Sushi place downtown. We also got to see pictures of the terrible floods that destroyed a lot of Punta Arenas earlier in the year. Restaurants were flooded with water, tables and chairs were floating around and roads were inundated!

After some nice Sushi with a side of red wine we decided to head home and turn in for the night. Our adventures in Punta Arenas were drawing to a close.

The next day we headed out to Puerto Natales by bus and to the spectacular Torres del Paine national park!