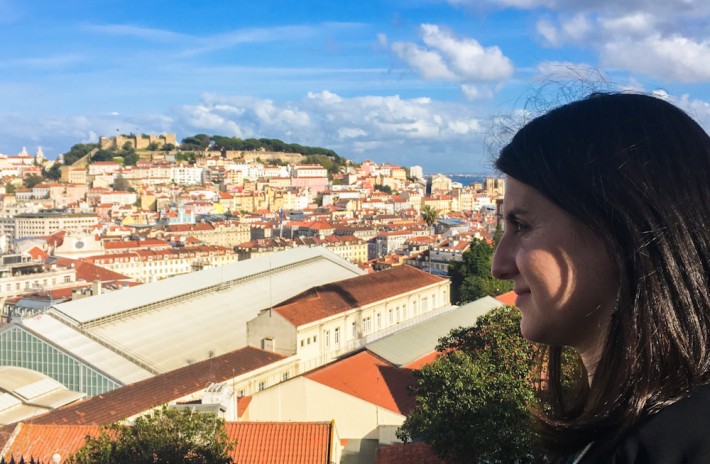 On a random late winter day, we were strolling around in Lisbon. We were walking down one of those typical cobblestone stairways when Ashray pointed out to me “watch out!”, giving me a heads-up that would prevent me from stepping into a pile of poo. “Dude, that’s quite a big poo! Is it a dog’s or .. is it .. human?!“ 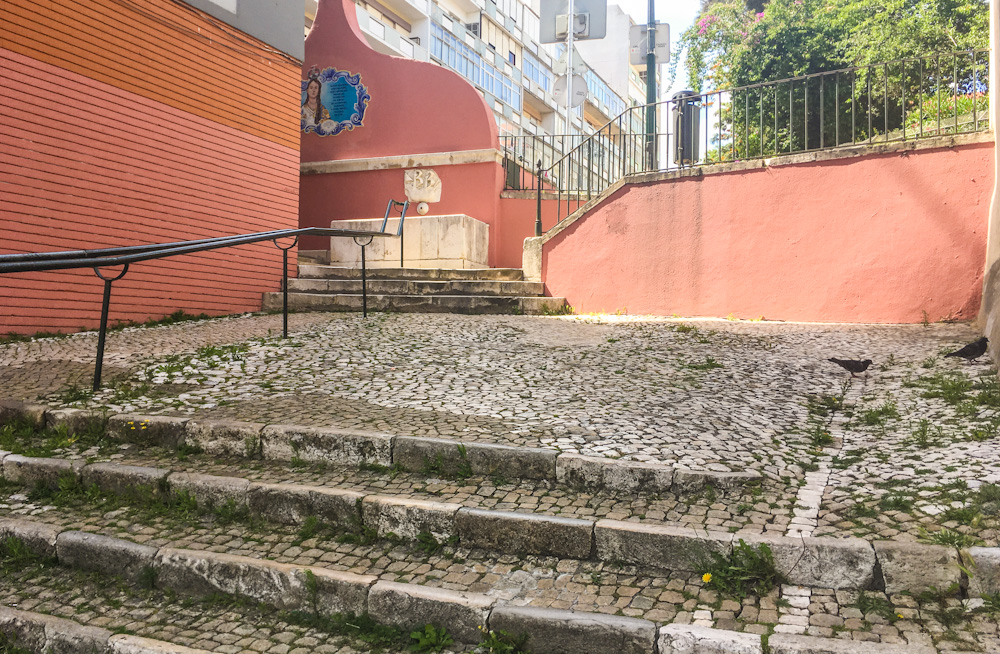 We’ve been spending a lot of time in Lisbon since the beginning of the year. After over five years continuously on the road, with no place of our own, we felt like having our own little corner in the word. I missed having a kitchen. Ashray missed having a proper chair to sit and work. We both missed having a good solid mattress that we could rely on night after night.

At some point last year I thought I was going crazy. I am not joking. I had the desire to travel, but very little willingness to plan our next move. I felt like I had to be out there, in the world, because “out there” was home. There was nowhere else I could call my own. But, just like if you live in a house with way too many rooms, sometimes I felt like it was all too much.

When you’re doing something for so long, you need to stop and think “why exactly am I doing this?”

Just like you work every day on auto-pilot and then comes a day when you quit it all to go see the world, you wouldn’t want to be “seeing” the world on auto-pilot too.

The week after our initial stroll down those cobblestone steps in Lisbon, we walked past the exact same spot, on our way home. The poo we saw some days earlier was still there. Same place, same shape, just a little drier. “So yeah, this is what it feels like to live in a place. You even start getting acquainted with the turds on the road!”

Staying put after traveling all the time for years in a row is tough. Initially, I loved our bed, firm and reliable every single night. I filled one of the kitchen cabinets with spices and condiments, which didn’t usually fit in my backpack when we were traveling. I even took pleasure into going to the supermarket and finally taking advantage of the pay 2 take 3 type of promotions, because now I had a house where I could store more jars of beans.

I also thought I’d fit right in Lisbon, my Lisbon, the one I left behind about a decade ago. But that Lisbon seems to be playing hide and seek with me lately. She’s too busy hanging out with tourists, downing drinks with English names, having one-night stands in overpriced Airbnbs that push away the locals, feeling satisfied as the tuk-tuks ride her up and down all day long. 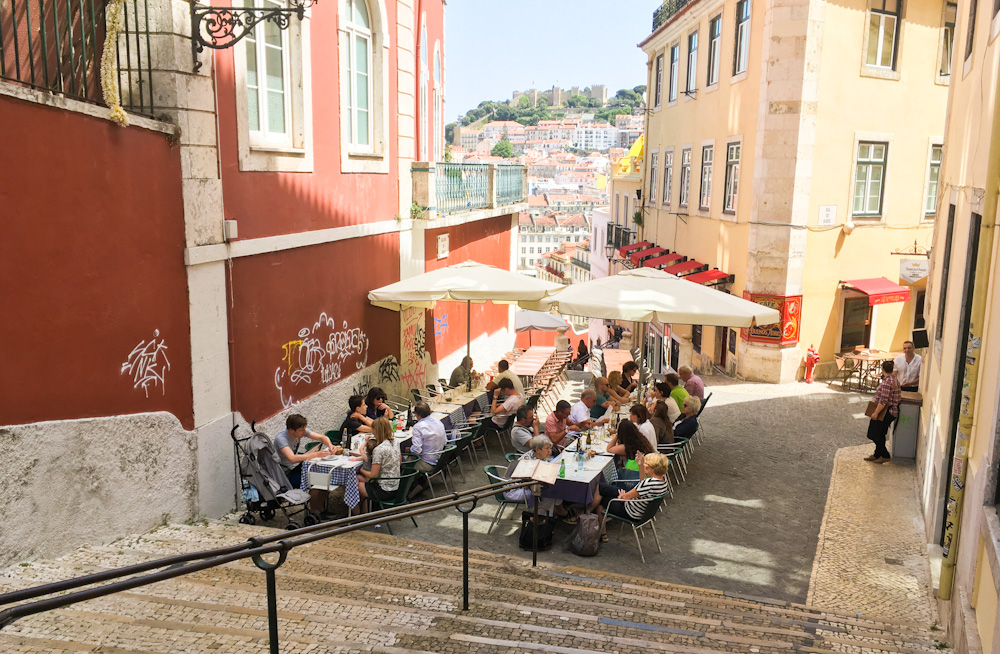 I go to the supermarket where I can fill my trolley as I do have the storage space, but I now start getting irritated when the lines at the cash register are too long. I get upset when some Portuguese people can’t be bothered to pronounce Ashray’s name properly. I get cranky when I enter a restaurant and I’m greeted in English. by default. Then I disappoint myself because if there is something that Portuguese people tend to do that I dislike it’s complaining about stupid things, and I find myself going down the same path. 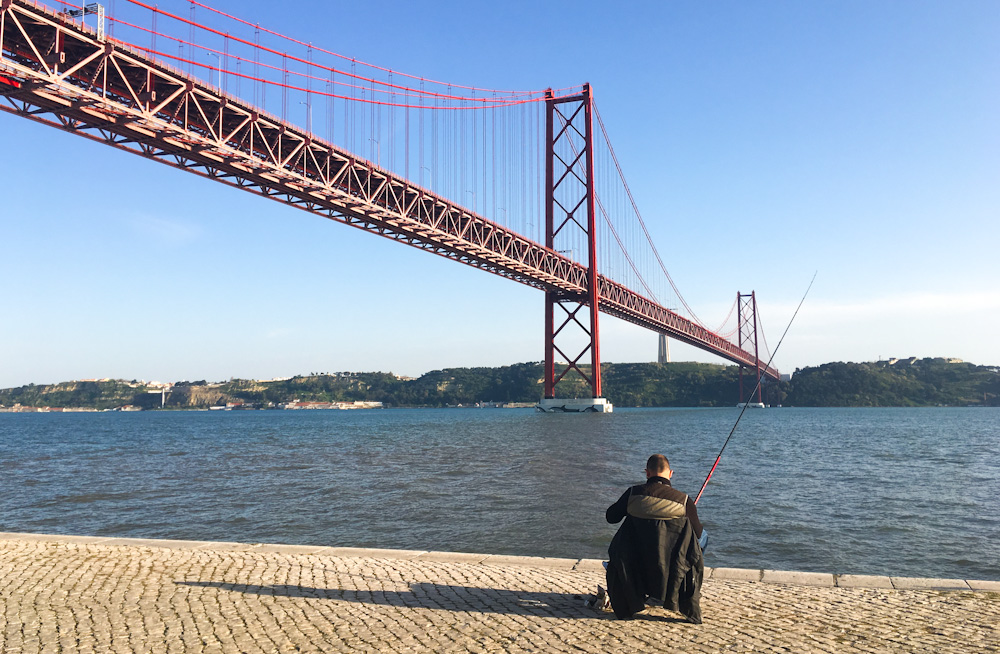 A moment of peace in Lisbon

Meeting people can be tough when you are in your 30s and in a new place.

Hanging out is easy, but having a deeper connection with some other adult folks can be tricky as hell. You seek out other travelers because you hope that, somehow, ‘getting’ each other would be easier. But that’s not always the case.

It took me being still in one place to understand that many people who are privileged enough to travel during extended periods of time, do so with a bunch of prejudice in their heads. Some think there’s nothing but misery in India. Others believe people in South-East Asia simply have a lower IQ than them. Many have taken the expression the world is your oyster quite literally, and think it’s ok for them to travel and live wherever they feel like making a living online, or simply bumming out at the beach, but then they go ahead and vote for Marine Le Pen, because “there’s way too many immigrants in Europe already”. Others have no shame and go around saying “OMG! This is all dirt cheap!”, ignoring how the locals are struggling to pay for the most basic things.

If travel opens up your horizons for different realities around the world, being still in one place sure deepens those perspectives.

You’re around people for long enough to move past the honeymoon period. You spend more time with them, and see them both on good and not so pumped up days. On top of it all, the background remains the same day after day, and so you slowly wave goodbye to that amazing time dilation feeling you get to experience when you travel.

The other day Ashray came home and told me “You know something? I walked past those stairs where we saw that poo several times… remember? It wasn’t there anymore.”

Maybe it’s time for us to go travel again…