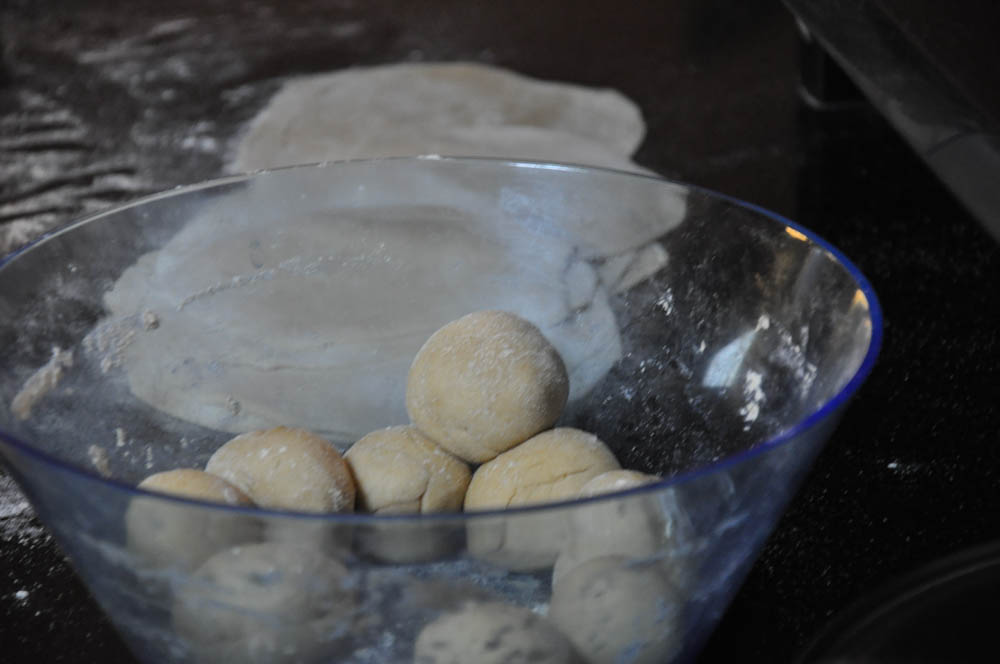 “What a f*cking weirdo” AWARDS!

I’m writing this post from Ethiopia, a pretty good place to think about the value of material things.

We left our house 3 days ago (it feels like ages already!) and I must confess that after all of this “oh yeah, we’re setting ourselves free from possessions” speech I had going on for the last few days in Dubai, I was indeed sad to see our house empty and our things gone.

Before my head fills up with new experiences and things to share with you along our travels, I must tell you about the variety of characters that visited our place in Dubai and bought most of our stuff. We sure had a pretty good laugh with some of the weirdoes that came and visited us in Discovery Gardens thanks to Dubizzle.com!

To make things a bit more exciting, let’s rank our buyers, from “yeah, he was a bit of a character” to the winner of the “what a F*CKING weirdo” award! ;)

#10 – “DILIP WHO BOUGHT IT ALL”: Dilip actually seemed like a very sane and friendly guy, but he will always keep a special place in our hearts, as he initially bought our couch, our dinning room table & chairs, and our bed. Then on the day he came to collect everything he also ended up taking our curtains and Ashray’s desk. So if we ever miss our house, I am sure we can go visit Dilip and there will be a dejavu kind of vibe going on!

#9 – XMAS TREE: Believe it or not, this was one of the items for sale that got us way more calls than we expected… go figure! Who needs a second hand Christmas tree along with some hanging angels and balls in the middle of September ? Apparently, around 15 people did, but the winning trio was a group of Filipino ladies that came and took the tree as they explained that, for them, Christmas preparations start in… wait for it… September!!! Ho-ho-ho! Merry Christmas!

#8 – SOUND SYSTEM: This was the one item that made us realize how cheap people can be! People were offering AED600 for this awesome sound system, until a buyer willing to pay a decent price came along. The thing is that he came along with some of his Dubai “new rich” attitude. While checking the system he asked if the speakers came with mounts for the walls and I said “Yes” and showed him the mounts. He replied with “I don’t think so!!!”. I just remember Ashray’s eyes opening up wide with irritation and saying “what is that supposed to mean?!” Those were obviously the mounts. He swallowed his attitude, paid, and took the sound system… as he should!

#7 – IKEA TOOL BOX: Kumar decided that our tool box would be a good add-on to his apartment, for only AED40. One would think that such a small purchase doesn’t require that much thinking, right? Well, not for Kumar. He asked me questions about every tool inside the box! “Is the hammer working properly?” Yeah, man.. you can hammer with it! D-U-H! After his son (either it was his real son or the son of some evil force from above, I’m still not sure…) was touching everything around the house, Kumar and his quiet wife looked around under the excuse of “let’s check what else is there to buy”, when they were really just eye-gossiping. Our friend Sunny (a proper Sardar from India, with his turban and all) was there so Kumar gave me the looks and asked: “ohhh, so this is bachelor’s accommodation and you share?” Excuse me?! If you come with a woman to my house I am supposed to assume she is your wife but if you see a white woman and an Indian guy in the same house you won’t be inclined to think that they are husband and wife? PREJUDICE! Funny thing is that Kumar came back after a week as his wife wanted to take all our kitchen gear and this time he finds me there with Ashray, also Indian, of course. I bet Kumar was thinking dirty things!.. I can just tell! ;) And of course, on the second visit, his son Nikhil was still destroying everything around, but this time there were very less things left around to be destroyed, so after he disappeared for a few minutes, his Dad found him in the bathroom playing and splashing the water inside the potty! YUCK! 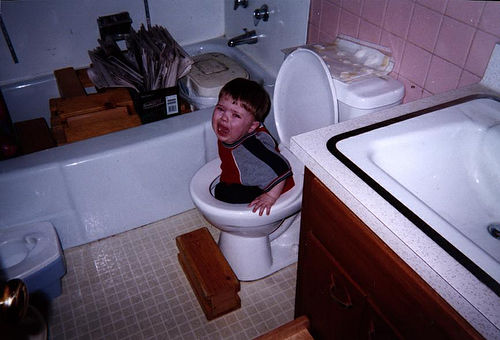 #6 – DRILL: The guy that bought our drill was a character out of a Bollywood movie. According to him, he was furnishing a new house so he needed to buy tons of stuff (funny enough he didn’t end up buying anything other than the drill) “I had to get this new villa for my guests because I have people from abroad staying over so many times that I can’t afford paying for their hotel every time they come and visit”. AND YOU CAN BUY A HOUSE?!  Oh and wait… you can buy a house for your guests but you need second hand items to fill it up? Apparently he is a Bollywood celebrity stylist. When I work with Amir Khan one day I doubt I will cross paths with this so-called stylist that gets more visits than Mecca during Hajj! 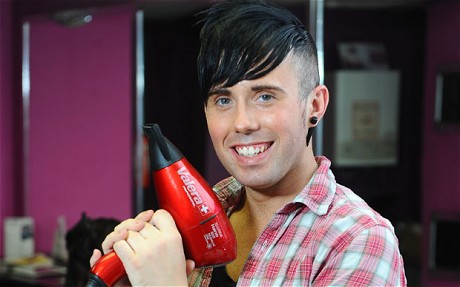 Hair dryer or drill: this guy claimed to do wonders with both!

#5 – BLENDER: Ashray paid AED69 for a blender more than 3 years ago. After 3 years of smoothies, pancake batter and tomato soup, we decide to sell the blender for a starting price of AED40. This guy called me everyday for almost 1 week for a blender that he could have got brand new for the same price in any supermarket. He was supposed to come one evening, then he got sick, then swamped at work, then finally showed up one night… he took the blender in half a minute, handed me some folded notes and ran out super fast as if I had a highly contagious disease. After closing the door I count the money and there was AED70 in my hand! :D So if you are wondering that to do with your savings, investing in blenders seems to be a pretty decent opportunity with significant returns after a few years!

#4 – VACCUM CLEANER: One would think it doesn’t take 40 minutes to sell a second hand vacuum cleaner, but apparently it does! Mr K came to the house and wanted to try out the vacuum cleaner before purchasing it. How to try a vacuum cleaner? He vacuumed our living room’s carpet, no more, no less! And with the little vacuum accessories he did other bits and pieces like the electronics and book shelf. He had 2 glasses of water and checked out the TV which was also for sale. I put on the Across the Universe DVD and he didn’t seem impressed… then I switched to Zee TV to see if I could appeal to this Indian side subconsciously, but that didn’t work. He said he’d call later. He asked to use the bathroom and then left. Called a couple of times trying to rip me off  for the TV,  but by then my negotiation skills were already earning me a Masters in Second Hand Selling. Turns out this guy was only good for vacuuming!

#3 – TV: This Pakistani guy came home one evening and as I wouldn’t reduce the price for the TV, he wanted to take Ashray’s basketball trophy along with it! No way! While he is unsuccessfully trying to convince me to give him the trophy, another Pakistani guy (wearing the same kind of kurta-pyjama set of clothes) rings the bell and as I open the door, he walks straight to the previous Pakistani guy in the living room and they shake hands. Naturally, I assumed that they knew each other. After 1 minute he asked “how much for the fridge” and I said “AED 300″. He said “too expensive” and left. So I said “was this your friend?” and the TV guy says “I have never seen him!” So there I am not even keeping track of everyone that comes into my house when another guy comes to buy the stove. This is a difficult item to carry so he HIRES the first guy (the guy who came in for the TV) to carry the stove for him! True story!! :P It’s like going to a shop to buy a pair of shoes and ending up paying another customer to carry your bags!!

#2 – IRON: This guy didn’t end up buying the iron, and that’s the only reason why he didn’t get our prize. For an AED90 iron he couldn’t be bothered to call, so we ended up exchanging like 4 messages until we agreed on a price. After all of that, I give him a time to come by and he sends an sms that could have won him the award of the most ridiculous-lazy-idiotic-go-to-hell-and-die-dude.  Here is his piece of sms poetry to me: “I’ll do m best u can SMS me just reminder as am so busy at work thx Ahmad”. Dear Ahmad, whatever work you might be doing, I can bet you are not very good at it, because if your head can’t keep track of a purchase YOU want to make, then it probably won’t even keep track of what time you have to go to work. Go fuck yourself!

#1 – FRIDGE: Anyone who has seen our fridge knew that they could have shot Titanic in our freezer compartment. It’s like this freezing cabinet had hyper-activity and kept on producing more ice than there was room for. So much, that the door of this thing broke, probably by ice developing pressure! 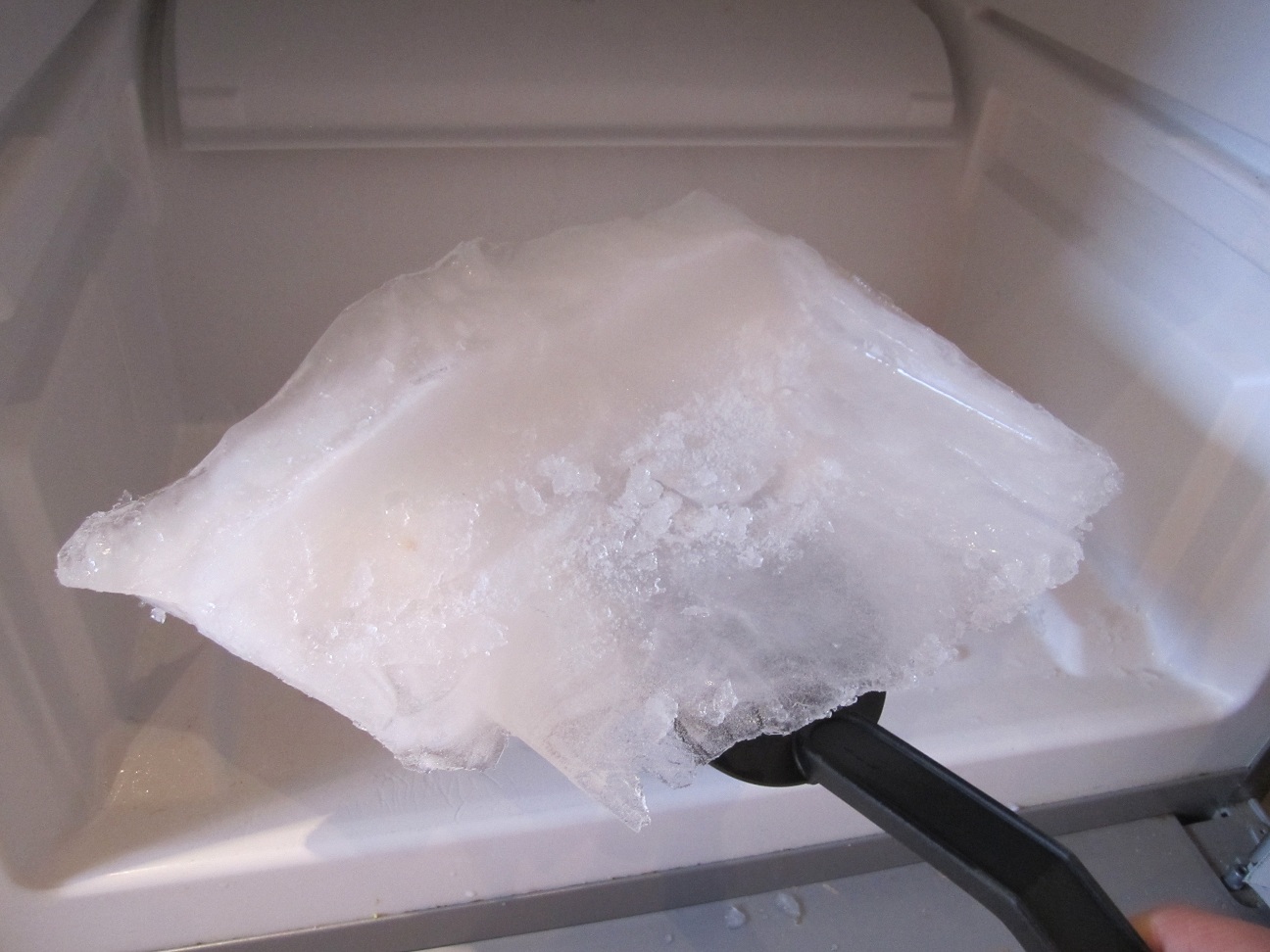 Whoever bought our fridge has no need to purchase ice for cocktails no more!

Still, as we learnt, there is always someone who can be interested in your stuff, no matter how random the item might be. So this guy twenty-tight in a suit and tie came and negotiated down the price and after we reached a reasonable figure he fixes his suit jacket and says: “I know how to do business!”.  But not happy with the Titanic sinking machine, he looks at our trash can with 2 bags of trash on top and says:

Frigde guy: “Are you also selling the trash can?“

Fridge guy : “For that much money I can buy a new one!“

So there I am in my half-empty kitchen negotiating a AED10 trash can, with a broken pedal and some garbage gooey liquids on top of the lid. I could have at least asked him to take the trash bags down on his way out!! :P

So the good thing of having a site like Dubizzle is that we managed to sell all of our stuff thanks to the ads we posted over there. Well… almost! Our 4.5 metres high curtains didn’t sell and we left them in place. When returning the house keys to our landlord (the beloved “Nakhell”) they said they would keep some of our deposit money because of that! “You must return the house exactly as it was given to you”. So you donate a great pair of curtains to whoever comes next and you’re still charged for it? That is just WRONG! F*ck Nakheel!

On the plus side, we have stories to tell!