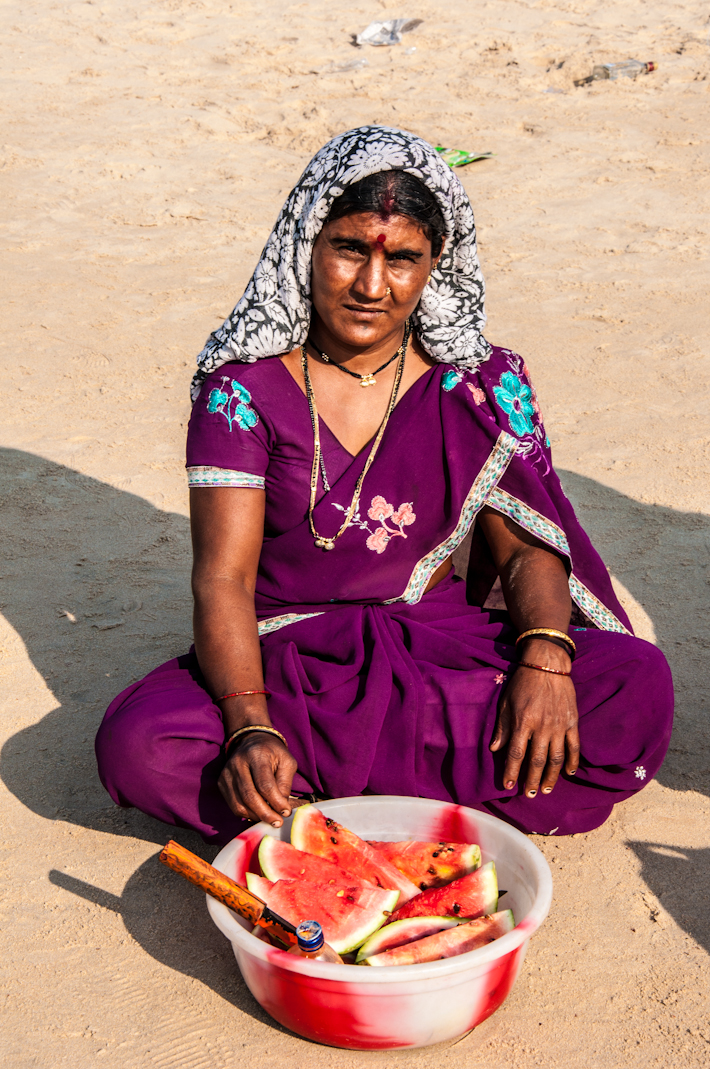 The beaches in Goa (India) can be a place of funny contrasts.

They’re located mostly next to villages, where people would traditionally make a living from the land and, mainly, from fishing. But now a days, as the beaches have become a touristic hot spot, some locals have come up with other ways of making money.

Apart from selling souvenirs, jewelry and clothes they’d never wear, some people (mostly women) walk up and down the long stretches of sand selling fruits.

This lady sells watermelon slices for about 10 rupees a piece (less than USD 0.20). It sounds rather cheap, but Ashray says an Indian person would probably never pay 10 rupees for this!