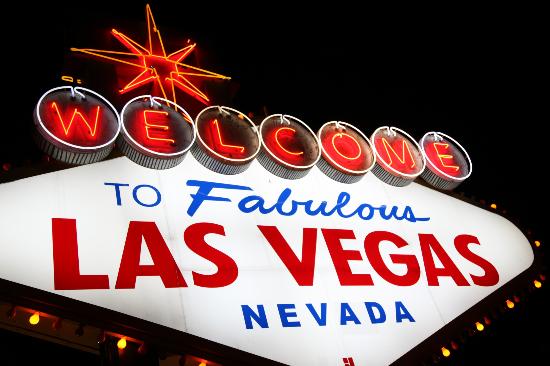 After you’ve read the post about our wedding day in Delhi, you’d be surprised to know that… we just got married in Las Vegas! What… again?! Well, not really! To understand what happened here we need to rewind a few months…

We had decided to get married in India, but bureaucracy was not on our side. At the end of 2012 we researched our options: we could either get a court marriage (which required a ton of paper work and time) or a Hindu marriage, which basically consists of having a religious ceremony and then getting an official marriage certificate at the end of it. To be able to perform that ceremony, we needed an affidavit stating that we’re good to go, that we’re doing this on our own will, that we’re not idiots or lunatics (literally, that’s what the paper stated!) and what not…

We went to a court in Delhi and met a shady middle-man who helped us navigate the urine stink infested building. Apart from the fact that he wanted to charge me a couple of thousand rupees to give me a document stating that I am a Hindu (yes, ’cause religion is now in the arms of the law!) he also suggested that we get married right there and then, in half an hour. Not only did the court have a priest to perform marriages (because a religious ceremony is the only way of doing it fast as it does not require an advance notice), they also have a bunch of poor people that you can feed after you are husband and wife – tradition says it’s auspicious to feed those in need after such an occasion! We passed on all this bullshit and decided to just get the affidavit we needed to have our wedding on the scheduled date. Not only was the document attested by a lady who was eating pakoras and had her greasy hands all over the place, it was also almost medieval. After the guy tried to over charge us like idiots (by saying crap like “you’re not paying for the affidavit in itself.. but for the technology involved! We make the best affidavits!!“), Ashray had to sign that he’d “provide for me according to his financial possibilities” and I had to swear I’d be a “loyal Hindu wife, performing my marital duties”. In other words: you bring in money to the house and I shall keep you fed and happy in bed. Fuck. That. Shit. We obviously had a good laugh at this, but I actually find it depressing that some marriages in India are running based on this kind of principle and the law supports it. It’s probably time to update, if not the values, at least the wording… 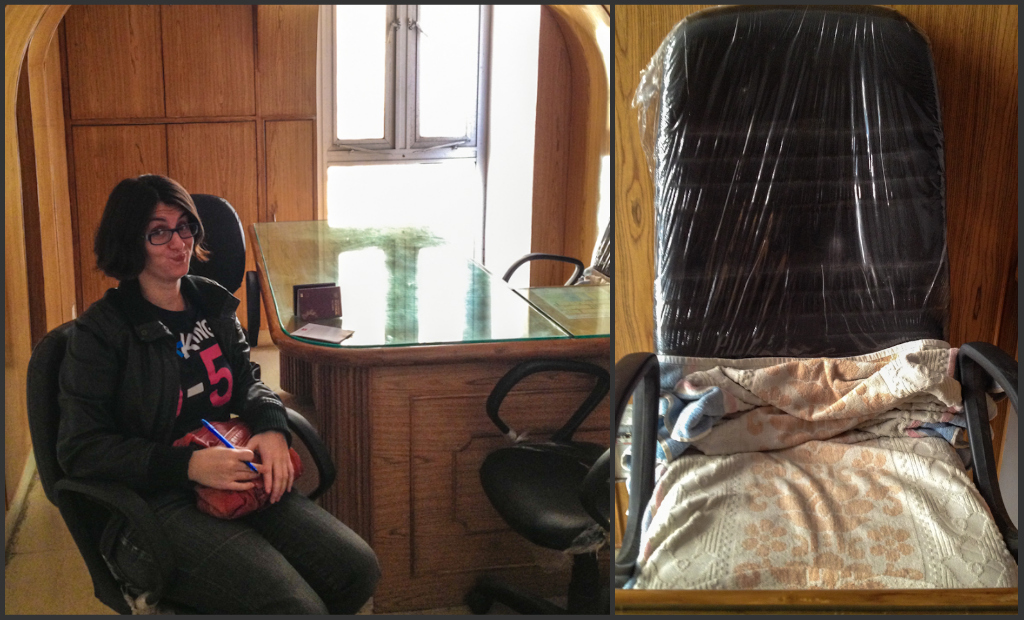 When shadi becomes shady: the fishy office we had to negotiate our wedding details in… the guy was even fishier, I swear! And his name was not even on the door, he actually borrowed the keys from someone else. All of this, still in the court's building, the so-called "house of law"!

Fast forward a few weeks… we had a wedding ceremony with Arya Samaj rituals. The priest that conducted the whole thing said that, for the price we had discussed, he would give us the Arya Samaj certificate but also take care of converting this temple paper into the final marriage certificate issued by the registrar. Once again, same as in the court, this required negotiation. Whether you’re buying clothes in the market or getting married, you always have to negotiate – India has some sort of aversion to standard rate cards.

But by the end of the ceremony, our priest had already changed the details of his job role…

After Mr. Not-so-holy screwed us (isn’t he supposed to believe God is watching him?!) we went to the registrar to do things the “official” way. But no dice! Although we hadn’t managed to get a no objection certificate from the Portuguese embassy, we still made our way to a government building out of a mafia movie. The walls were crumbling apart and the surrounding area was dominated by an open sewage partially pumped out on the sides of the road , so we had to make our way through thousands of flies buzzing in the filthy air. After we booked an appointment online on the official website, we were looked at as if we were crazy: “there is no such service!“, someone assured us. Whether there was or not, 2 things were clear: 1) these clerks need some serious training and, 2) we were not about to get married! After waiting for the boss of all these people, the one with actual power to get someone married, we were told he wouldn’t be coming. The festival of Holi was happening in a few days… of course he’d be taking unofficial holidays in advance! Add to the frustration of not getting married once again the fact that our car tires got slashed while battling the flies.. we almost lost it!

That’s it for us… we’re going to Vegas!

Laugh all you want but, after several months trying to get married in one way or the other, we found out that Las Vegas (state of Nevada, in the USA) is the easiest place on earth for 2 people from different nationalities to get married. There are other places where you can get married with just your passport (no need for no objection certificates, embassy letters, affidavits, religious ceremonies, money under the table, etc), but normally they’d require 30 days notice or a small period of time (between a couple of weeks and a month) of living permanently in that given place. 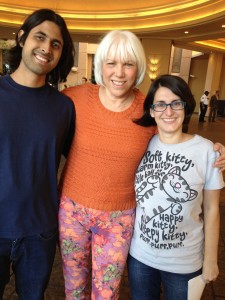 With Rev Janet in Vegas!

In Las Vegas, we had the coolest, fastest, funniest, most efficient wedding we could have ever hoped for! We contacted a minister online, registered our intention of marriage with the Nevada government online as well… then landed in Vegas, collected our marriage license, met the minister, performed a 10 minute ceremony, registered the wedding and obtained our perfectly legal marriage certificate – all in the same afternoon. We even took our marriage certificate to the Nevada state office and, in 24hrs and for a reasonable fee, had our papers apostilled and attested for international use. Seriously… how is it that abroad you could deal with such legal matters better than in our own countries?! 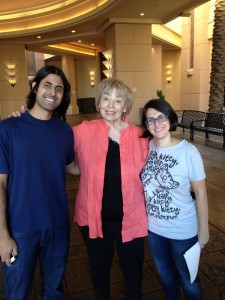 With Sheila, our lovely witness!

Vegas weddings are not exactly like in the movies. Yes, there are many funny looking wedding chapels, people handing out fliers of places that can get you married for as little as USD49, Elvis impersonators performing the ceremonies… and there’s even a Lady Gaga minister who can get you married and provide the entertainment for your party. But we did it all way simpler… lovely Janet Miller met us in our hotel room

, bringing along her friend Sheila who was our witness. We chatted, hung out and eventually exchanged wedding vows… sitting on the bed of the room! It all felt very natural and she couldn’t have been more efficient. So if you ever have problems with bureaucracy in your country and just would like to do something different, she might be able to help. In Las Vegas, as long as you have a registered minister to perform the ceremony and sign your papers, you can get married anywhere. She told us stories about funky weddings that have taken place even up in the air, riding planes over the desert… ’cause this is Vegas, baby! 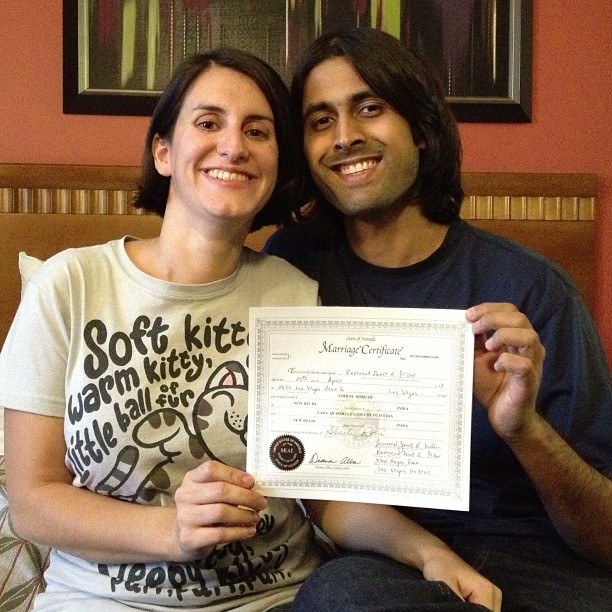 So yeah, after months of battling… we are legally married, thanks to the power invested in Janet by the state of Nevada. This is one of those cases, when I actually feel like saying out loud: God Bless America!