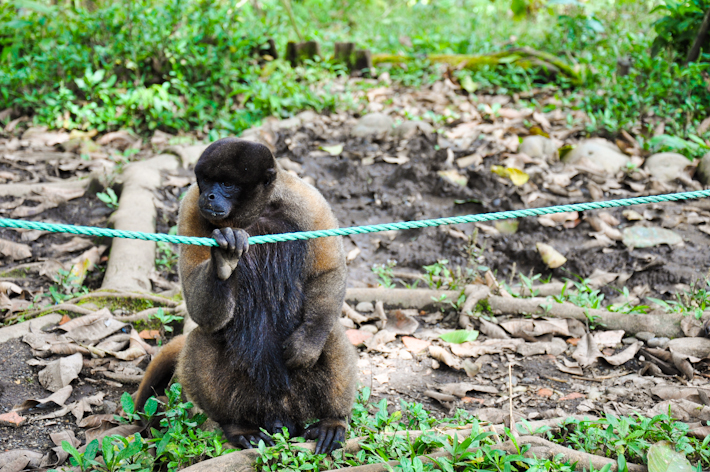 The grass is always greener on the other side

We met this fella in a monkey reserve in the Ecuadorian Amazon.

As the cities around the Amazon extended, part of the Amazon was deforested and the animals found their natural habitat destroyed. Furthermore, electrical lines where placed in nearby towns and roads and monkeys didn’t instinctively understand that they were not supposed to hang on those cables as if they were aerial roots – they would get electrocuted and die!

With many animals not knowing where to go and what to do, this association started to rescue some disoriented monkeys and gave them a temporary home. Still, at this made-up home, this monkey seems to be thinking that the grass is greener on the other side.

No matter how many bananas they’re giving him, he knows nothing compares to the wild out there…