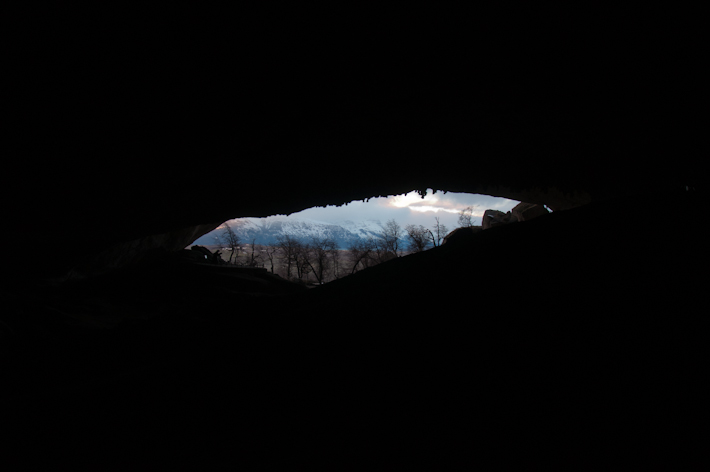 The eye of the Mylodon

This is the view from the Mylodon’s Cave. The mylodon is an extinct creature that lived in southern Patagonia around 10,000 years ago. It was basically a giant sloth and this was the cave that it’s remains were first discovered in. Due to the extreme cold, discoverers found a big piece of skin, very well preserved right at this spot in this 200m+ long cave.

Mr. Mylodon sure had a great view!