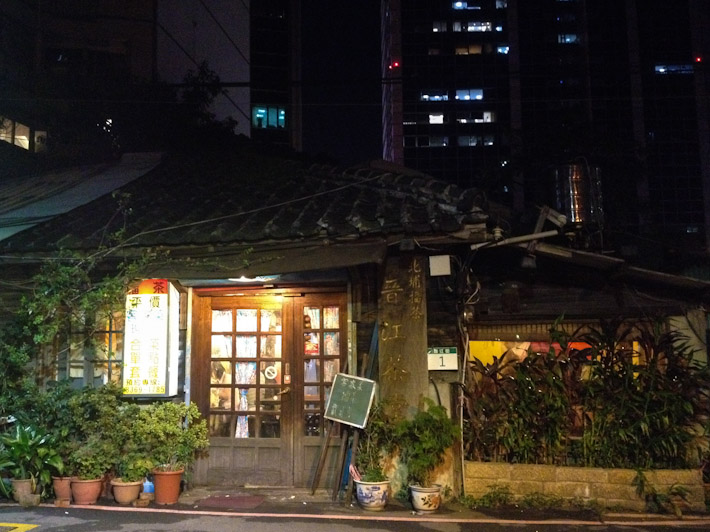 First impressions matter. And Taipei is doing an outstanding job at those.

We landed in Taipei during the afternoon. If flying from New Delhi to Bangkok felt like traveling to the future, Bangkok to Taipei had a similar effect. We keep on moving not only physically, but also within the illusion of time.

Taipei’s airport blends ultra modern architecture and traditional Asian aesthetics. But that’s not what catches my attention as soon as we land on this island. It’s the way things work! For the first time in my life, I see people queuing to collect their luggage, and actually leaving some space between their trolleys and the conveyor belt. Before hopping onto the bus that takes us downtown, I use the bathroom and I am asked to rate my experience. If it wasn’t a “full smiley type of bathroom experience” then, it sure becomes one when I see this. I also notice there’s free WIFI everywhere (no registration required), free water dispensers with cold, warm and boiling water options (instant noodles, anyone?!) and, generally, everything is impeccably clean and organized. The place and the people. The bus that takes us into the city is propped up with 6 TV screens playing the news on a channel called “Formosa Television”. I think of my people, the Portuguese, who back in the 1600s came across the land now known as Taiwan and called it “Formosa”, that is, beautiful. But, unlike anything Portuguese related, the TV news talk of explosions and general happenings, yet with a flashy pink background that, to me, seems more pop and happy than newsy. Inside the bus from Taipei's airport to the city

And talking about pop… the girls sitting next to us are so K-Pop! You can tell they have just come from Korea, with their dyed hair in lighter colors, bold lips, contact lenses that make their eyes look bigger and, more than anything else, by the way they keep on taking selfies. We decide to partake in the fun, and click a couple of self adoring photos too.

Before long the landscape outside the window captivated us and we stopped counting how many cameras the 3 K-Pop girls had amongst themselves. We pass rice fields and lush green mountains that contrast gracefully with the high rise city coming up.

We reach downtown. Next stop: Taipei Main Station. Finally, a place in the world that can compete with Rajiv Chowk’s Metro station in New Delhi. The floods of people are alike. Yet, here, they flow so neatly. Once again, people wait in line to board the MRT, leaving enough space for those getting out and they don’t even rush in when the sound indicates that the doors are about to close. Some wear the surgical masks that we’ve gotten used to associate with Asian people. It’s not about avoiding the pollution but about avoiding the spread of germs. You are supposed to wear a mask if you are sick and traveling in a closed space with other people. I keep on telling myself “they’re so civilized!“

Coming out of our station, Guting, someone overhears us discussing directions and asks if we need help. Helpful people don’t just help you.. they anticipate your needs even before you realize you need to ask them something! I’m developing a crush on Taipei by now…

The small walk between the MRT and our Airbnb rental is a preview of some of the things that make Taipei so likeable. To begin with, it smells like food everywhere! I adore the fact that fancy French bakeries can co-exist with street stalls selling stinky tofu or old aunties trying to make a buck with a few pieces of seasonal fruit. People walk their dogs around on a leash, and you can already tell that smaller creatures are way more in demand. It makes sense, as living space is so scarce. Even while we were Airbnb hunting, we noticed that the photos of apartments often showed the rooms with curtains closed. And that is because, chances are high, you’ll only find a concrete wall as your view once you raise the blinds.

Apart from watching the hilarious TV show Fresh Off The Boat and the Taiwanese movie You Are The Apple Of My Eye, our Airbnb host is our first real contact with Taiwanese culture. We know very little about this country and, during our travels, I have found that the best experiences are always had when this is the case. We have our first mini-lesson in Mandarin tones. And we are clearly told that “TAIWAN IS NOT CHINA!”

A scene from Fresh Off The Boat, a TV show based on the real story of a family of Taiwanese descent living in the USA. (I <3 little Eddie Huang!)

Ashray tends to feel hungry whenever we see Asian looking people anywhere else in the world. Considering it’s about 6PM, we haven’t had lunch and this is Taiwan, you can imagine our stomachs are demanding we look after them by now. We step out of the house and have our first meal, consisting of a Japanese rice bowl with sashimi cuts. Food in Taiwan blends Chinese, Japanese and local Taiwanese – one more element that reassures me of how my crush on Taipei can actually develop into something more serious. Our first meal in Taipei

After only a few hours in Taipei, I am already so captivated by it. We travel a lot and I tend to enjoy every destination we go to. Yet, I haven’t found myself this excited about exploring a new place in a while!

We walk a little bit after dinner, and I notice the high number of 7/11s and other convenience stores. One of them contrasts almost magically with a traditional store where a couple of old ladies pack tea leaves carefully. Just ahead, coming out of a temple, we hear the sounds of Buddhist monks doing their evening prayer. The atmosphere is happy around here. Even aunties wear t-shirts with cartoon faces, cute logos and those freaking minions that seem to be everywhere. In between skyscrapers, small alleys feel like separate towns with a neighborhood feeling. And, not to far, there’s always a night market. If you can’t see it, chances are you can smell it. One of those Taipei alleys that smell like food I hear a symphony by Beethoven and people walking towards a parked truck. Here, there are no trash dumpsters. Instead, the garbage truck plays music to call people down to the streets when it is time to dispose of their carefully separated materials for recycling.

We call it a day and go back home. But the city will stay happening all night long. Supermarkets, restaurants and even a popular book shop stay open 24hrs. This is the type of city I would want to live in.

It hasn’t even been a day, but I feel at home here. Even though everything around me is displayed in Chinese and I can’t really communicate with most people… Love is not a rational thing after all. And so I let myself fall in love with Taipei.