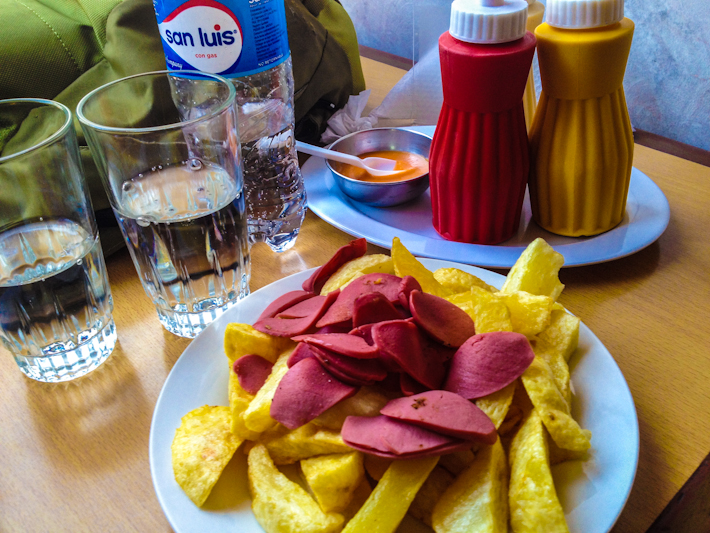 Salchipapas is a thing!

How can fries and sausages, being such a straight-forward eat, become such a gastronomic icon in a land with such rich cuisine? I don’t know how, but salchipapas have certainly won the cravings of many Latins who love to snack!

Salchipapas consist of a plate of potato fries topped with sliced fried sausages. The “touch” that make this snack the real deal are the sauce add-ons: ketchup, mustard, mayo and the local “aji” (spicy sauce). 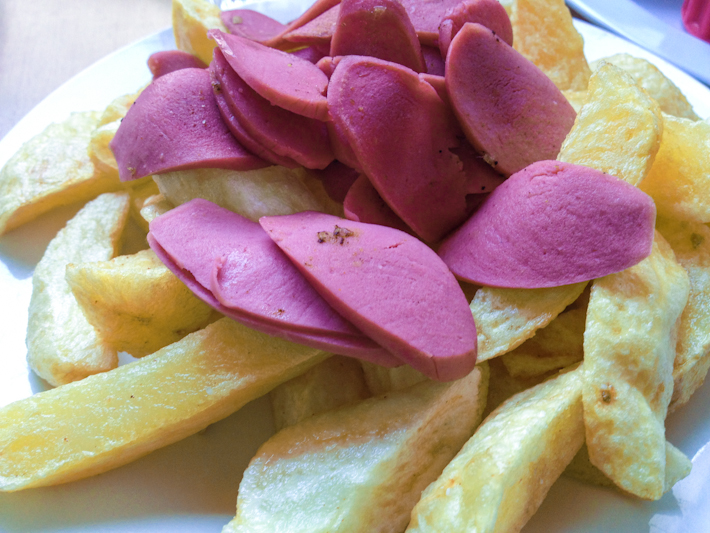 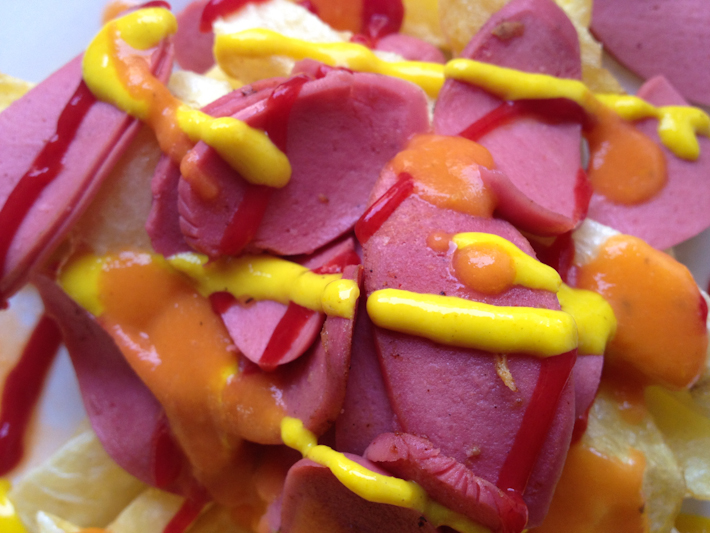 Salchipapas they way they should be! (actually only mayo is missing..)

Peru claims that they invented salchipapas – I even watched a 20 minute documentary on the in-flight entertainment on some flight. But let’s be honest: I don’t think someone “invented” this dish. Is like saying someone invented steak and fries. It’s just two things that go together well, no gastronomic frills involved.

Whenever you travel around South America, you are very likely to come across salchipapas (salchichas + papas / sausages + potatoes) at any medium eatery or in street food vending carts.

Make sure to top it all up with sauces for the true taste of a Latin salchipapa!