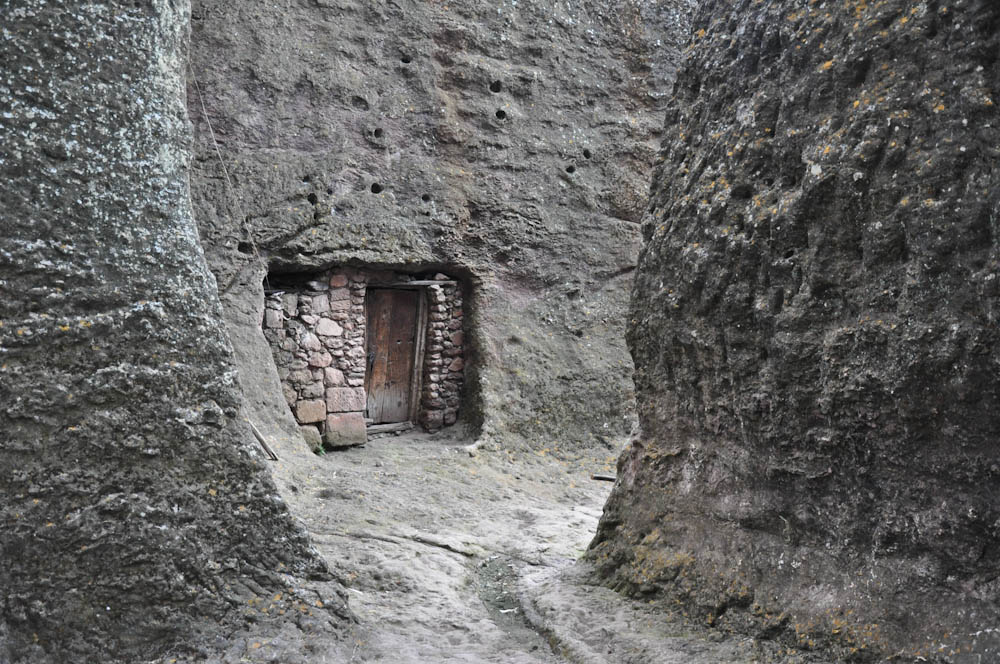 Ethiopia was the first place we visited after quitting our jobs and headed towards out big Central & South America trip.

Our friend Sophie lives there and so we thought we might as well visit Addis Ababa and the rest of the country while she is there, as it isn’t a place we would likely visit so soon. Initially we thought we’d come to Ethiopia when we do the “African friends route”: I always thought we would first visit Kareem in Egypt, go south to Ethiopia and see Sophie and then tie things up and make it to Zimbabwe  for Marshall’s wedding (they are all friends we met in Dubai). As Marshall is not scoring – not yet, at least that we know of! – this time we visited Sophie in Ethiopia. 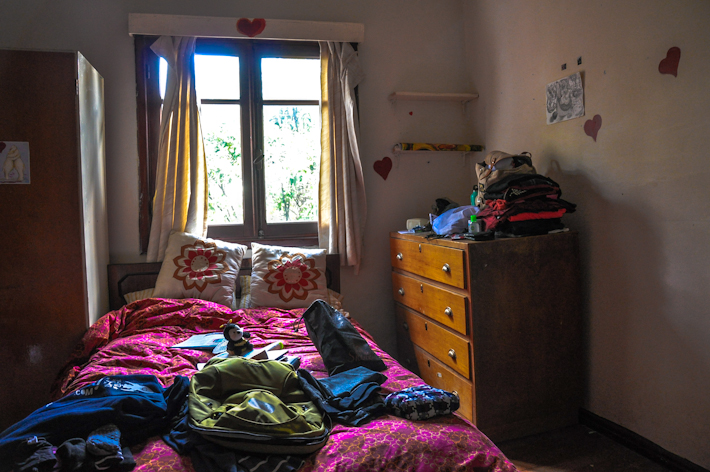 Our room in Sophie's house, in Addis Ababa.

Also, there is a song called Ethiopia in the new Red Hot Chili Peppers album (Ashray’s favorite band that we are seeing live in London in November) so we took it as a sign that we should definitely make it!

We spent one week in Ethiopia but every visitor over there seems to spend weeks and weeks. Everyone was surprised when we’d say we were staying for 7 days only.

We didn’t know much about Ethiopia before traveling there. It’s the kind of place that tends to be misrepresented in the media worldwide. Where I come from, you think of Africa and the first thing that comes to mind is colonization, famine, misery, conflicts and corruption. These things are there, of course, but there is much more than that and that’s why you should visit places, because what you get is always more than what you’ve seen or heard before. Open your horizons, understand other perspectives and the world is likely to become a better place bit by bit. 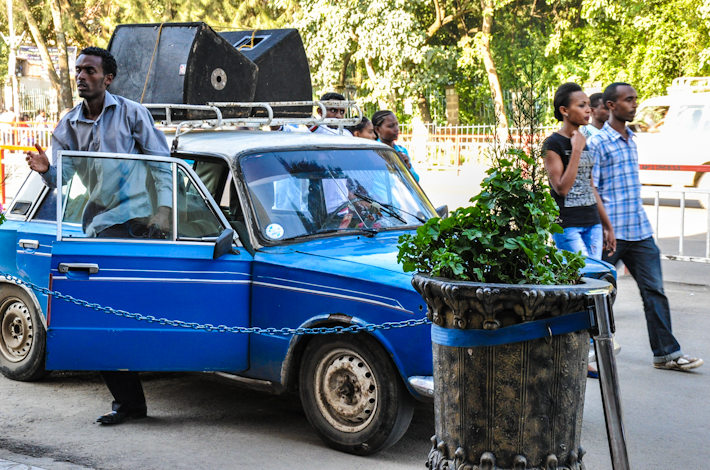 Ethiopian people seem rather happy and chilled out in general. In Addis Ababa (similar as in India, in my humble observations) people don’t seem afraid to go get something and try to make a living. That is something that I admire. In fact, I hate it when people would rather do nothing when faced with something that gets you less income than desired or involves more effort. Laziness is the worst sin in my commandments! If you don’t get a great job, salary stability and all that jazz, you should still get out there and DO SOMETHING! That is quite noticeable on the roads of Addis: you see tons of people doing shoe-shining (never have I hummed the Gorillaz’s “get the cool shoe-shine” song as much…) and both adults and kids selling anything and everything! Funniest thing were the Ethiopian Airlines branded night shades for sale on the streets. 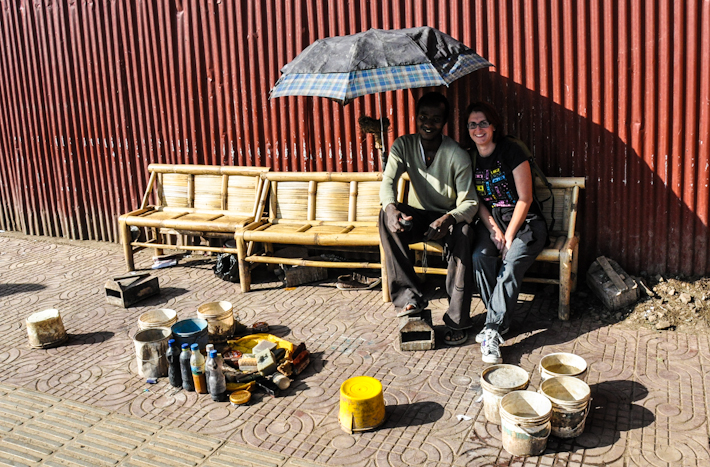 Zara and a shoe shiner in the streets of Addis Ababa

While people-watching on the streets, I noticed that there is such a high number of blind people in Addis… I’m still wondering what’s up with that, as I really don’t know what the reason is.

Talking about making a living, on our first night out in Addis, after having a typical Ethiopian dinner in a cultural restaurant (see the video for more shaky details and to learn something sexy with Ashray’s moves) riding back home in Sophie’s 29 year old car, we got a tyre puncture. No worries! The moment we stepped out of the car to check what happened, we already had one guy willing to change the tyre for us. Unfortunately we did not have a jack, so we had to stop a couple of taxis until we managed to negotiate a jack rental with one of the drivers for 5 minutes. As the first guy was changing the wheel, the taxi driver started helping out as well and then a couple more guys… until a friend of Sophie’s also stopped by and then, there was like 10 of us! So in the spirit of making a living whenever possible, we got a guy who was selling boiled eggs walk by! This tyre changing thing became a proper event, with snacks and all!

Ethiopians pride themselves in being one of the few countries in Africa to have never been colonized. Although they were indeed never colonized (not officially, at least), the Italians did have a pretty significant presence in the country for a few years and they have definitely left their traces here. The town square is now called “piazza”, the market is “mercato” and everyone orders “macchiatos” instead of coffee with milk. Yummy macchiatos by the way! We managed to park aside our tea addiction for a week and  switched to the local macchiato culture.

We had incredible food in Ethiopia! Meals usually include injera (flat pancakey bread made out of fez fermented batter) and different preparations of meat (mostly fried or curried) or vegetables (boiled and stir-fried). They have 2 vegetarian days a week and the other days are rather meaty – beef and lamb are daily dishes, while chicken is considered more of a “celebration” kind of food.

We enjoyed the vegetarian food the most. Funny enough, they call veg food “fasting food”. So we fasted pretty often and still felt full!

Best thing about Ethiopian food? People typically eat from a common platter, with their hands. It is a great way to learn how to share with others, while doing one of the most basic and important things in human life: eat!

We only spent a couple of days in Addis before heading north, to visit some of the most touristic places, that together make the so-called “the historic route”. You can only travel by road in Ethiopia if you have a lot of time on your hands. Internal flights connect you to most places and at decent prices. But if you plan to travel to Ethiopia, never EVER book your Ethiopian Airlines internal flights online in advance. Booking in Ethiopia is at least 4 times cheaper! Just as an example, we booked Addis Ababa – Gonder – Lalibela- Addis Ababa for USD 148 per person!

So after resting for a couple of days in Sophie’s place, we were ready to head up north and visit the castles of Gonder and Lalibela’s “Petra of Africa”.

Read our stories that include Akon in a remote Ethiopian village, our guide Johannes in search of a British wife, fleas attacking me like ants on candy, and so much more!