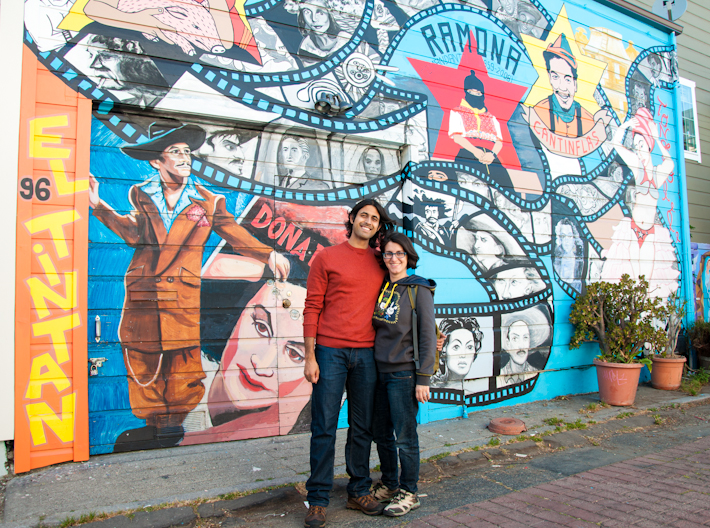 Before we arrived in San Francisco, we were contacted by a couple with the same surname as Ashray: Baruah.

Rukmini and her husband Pritam had come across Backpack ME while researching for one of their trips to Latin America. They noticed that Ashray has the same surname as them, which could only mean one thing: they come from the same state in India, Assam. The world is a small place and, although India has more than 1.3 billion people, it doesn’t feel that big at times either!

Knowing that we were coming to the place they’re living in, Rukmini and Pritam got in touch with us, offering to show us around. And am I glad they did! Not only it was interesting to share stories with fellow Assamese abroad, it was also cool to hang out with fellow foodies and get to discover some of San Francisco’s most colorful and meaningful graffiti. 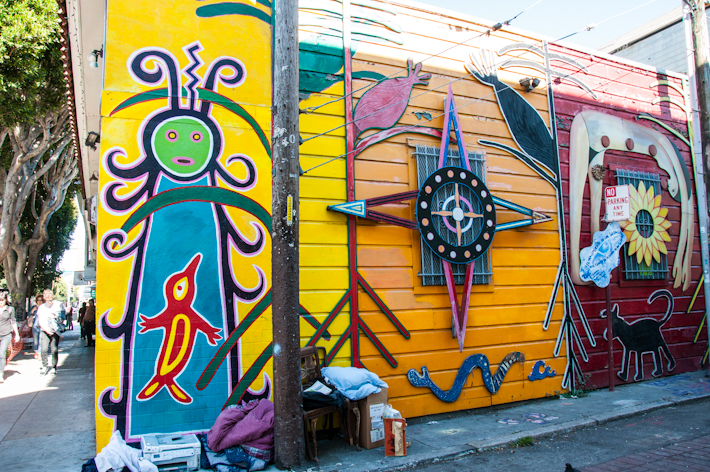 At the entrance of Balmy Street 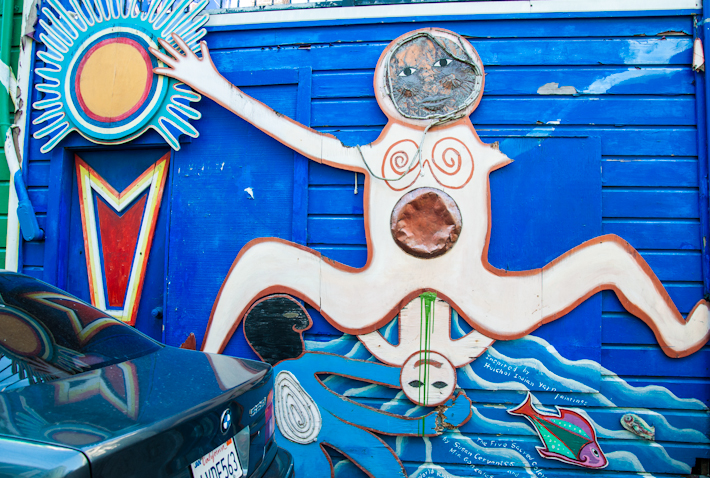 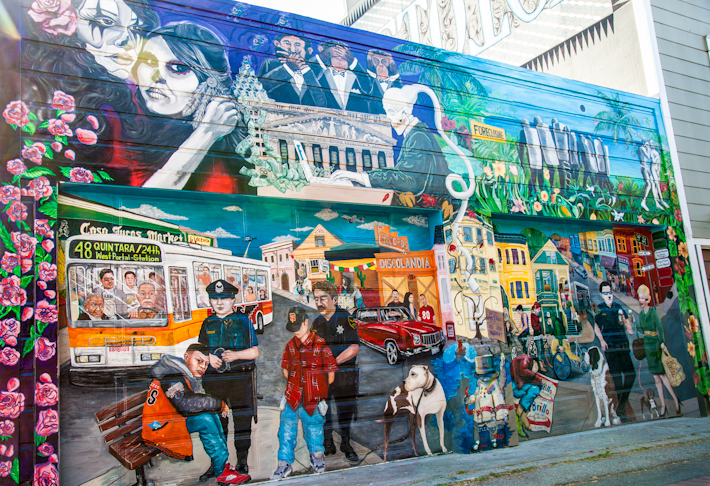 A regular day in Mission District 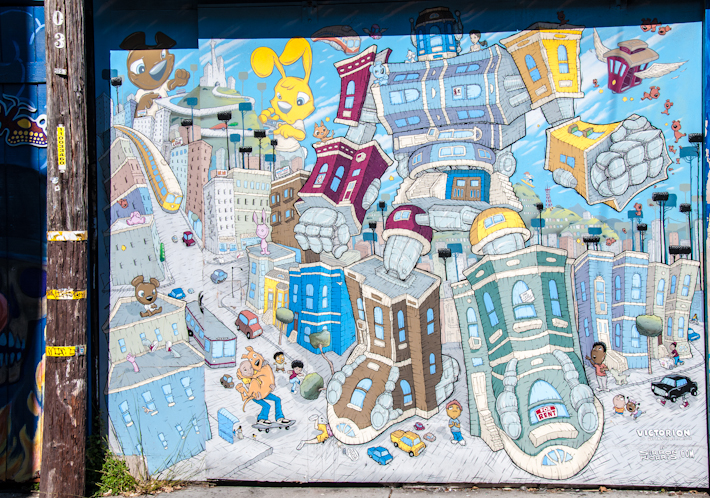 San Francisco as if out of a cartoon 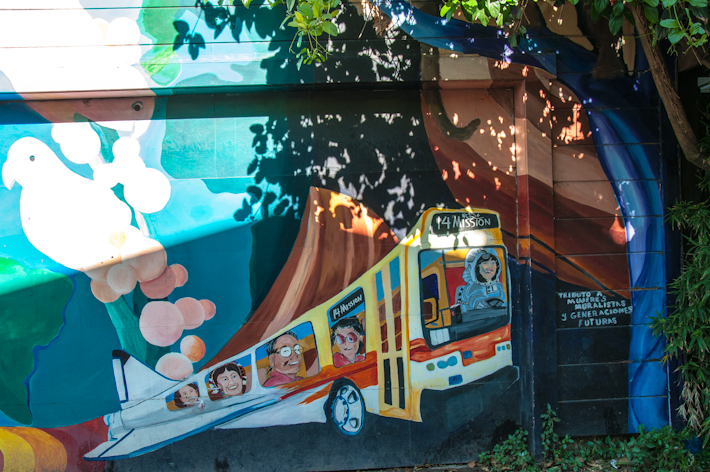 "A tribute to female graffiti artists and future generations"

Rukmini and Pritam had discovered Balmy Street while taking a foodie tour in San Francisco. This alley exists since the 70s in Mission District, the area of San Francisco with a more Latin feel to it. Walking around Mission District, was like reminiscing on our travels around Latin America, which is something that always makes me feel nostalgic (but in a good way!).

Just like we had learnt in Chile, covering the walls of your house in graffiti is the only way of avoiding other graffiti artists (or wannabes) from trashing your place. It’s the Graffiti unspoken code: you shall not spray on top of someone else’s creation.

We came across true works of art, not only aesthetically, but also meaning-wise. Street artists have taken inspiration in religion, how the city has changed, daily life and family, struggle and indigenous themes always related with the exploitation and ownership of the land. 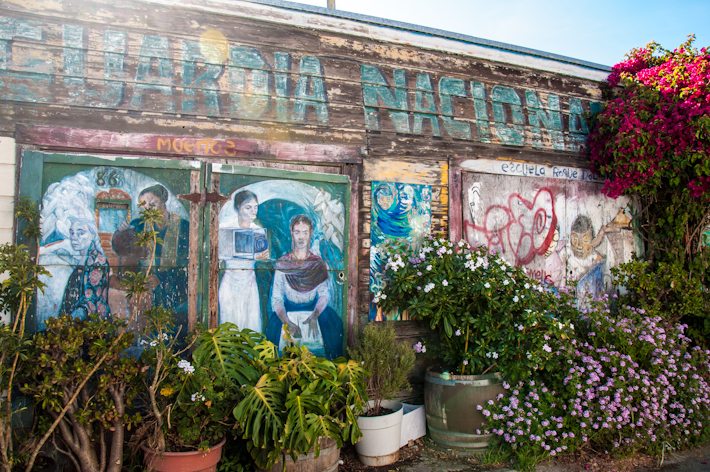 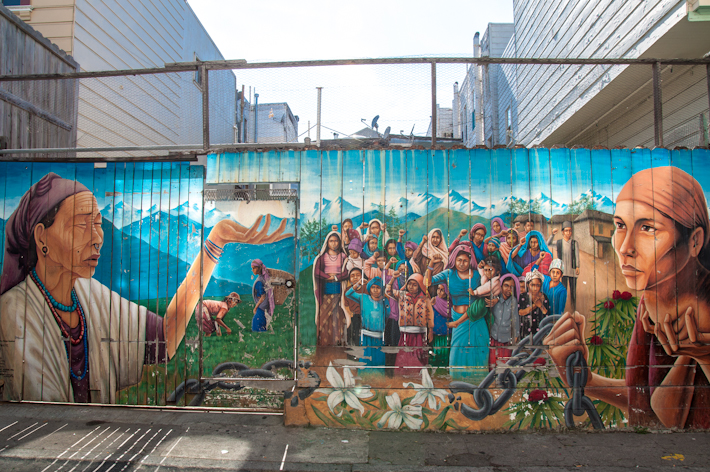 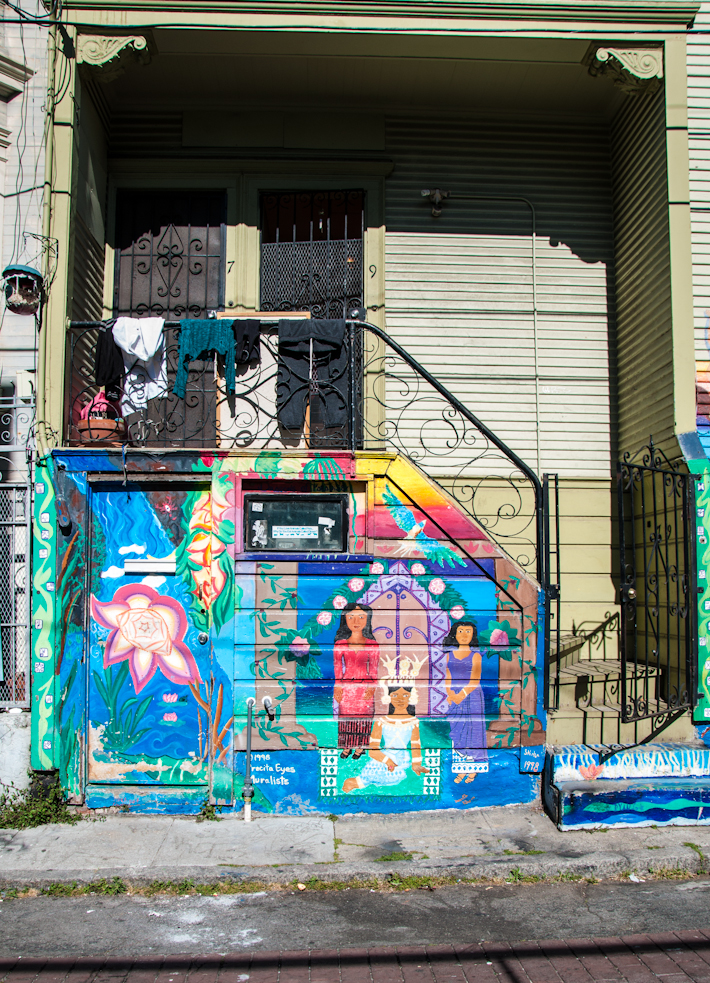 Entrance to a home in Balmy Street 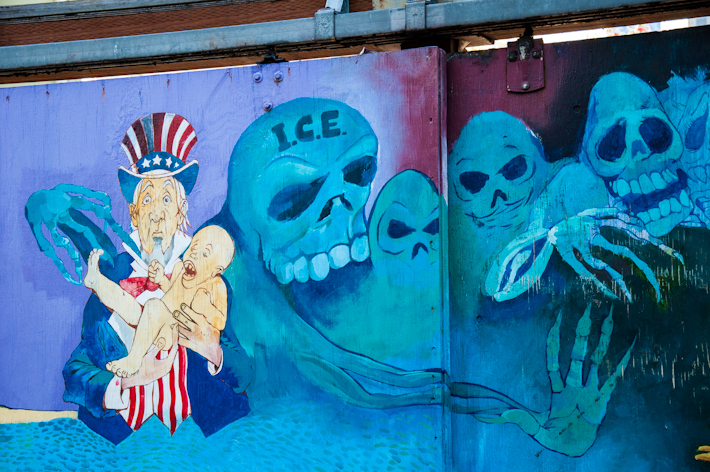 What's Uncle Sam up to this time? 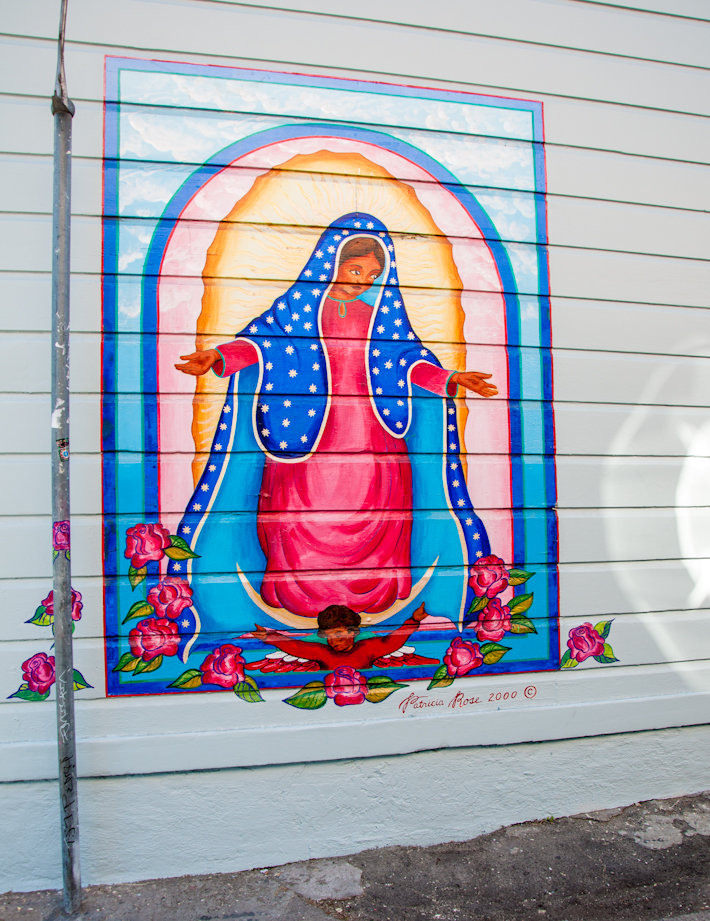 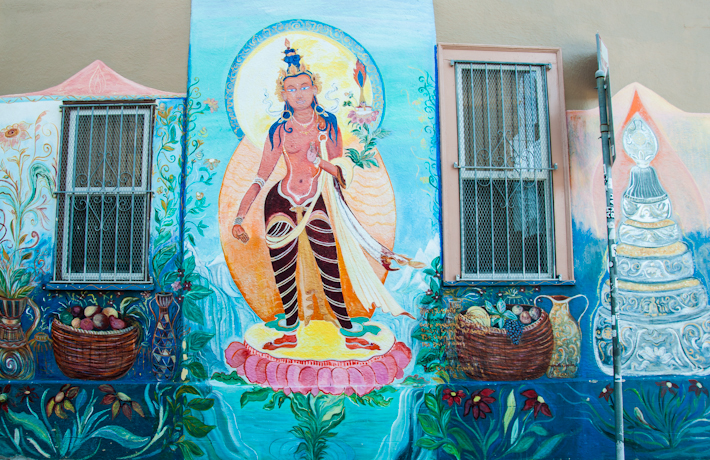 Although most Latins are Christian, there's also space for other religions around Balmy Street

Walking a few blocks, the Latin infused streets meet the hipster side of Mission District – the distinction happens in just a matter of a few steps, perhaps a block, but it’s like crossing from one dimension into another. Behind we leave the world of grocery stores, taquerias, cheap utility shops and vegetable stalls, to enter the land of over-priced coffee shops, alternative boutiques and, of course, way more white people walking around.

It was in this side of Mission District that we had to chance to marvel at some more graffiti, this time at Clarion Alley. 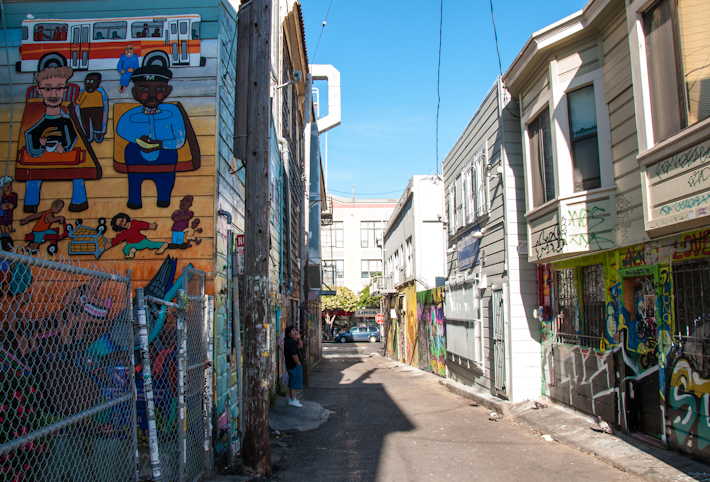 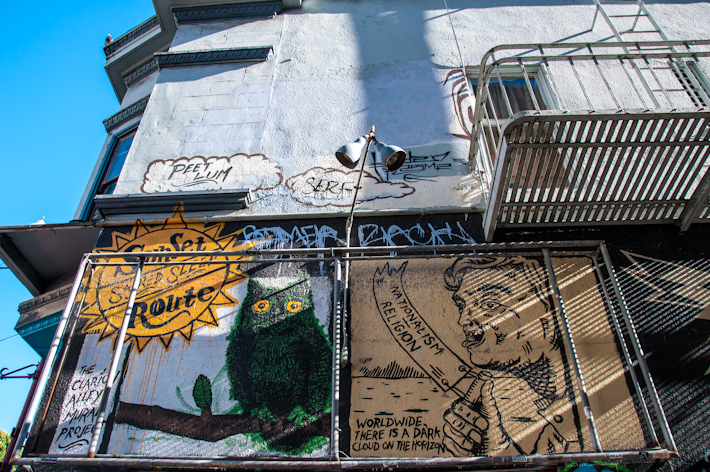 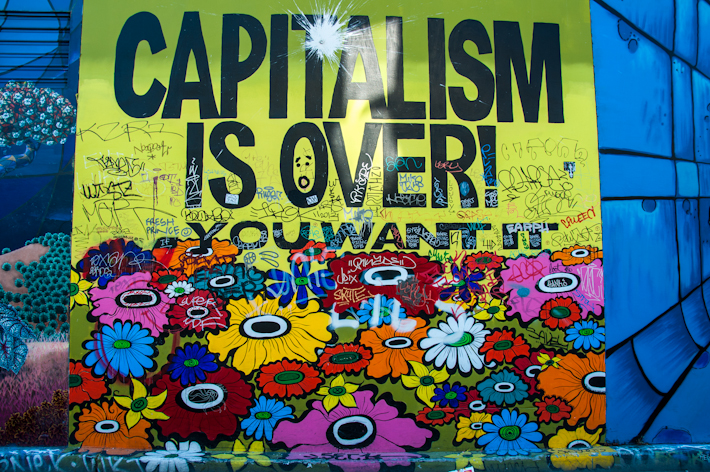 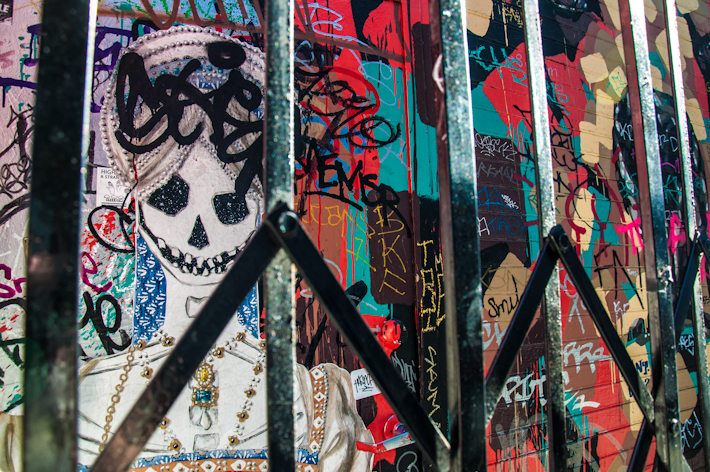 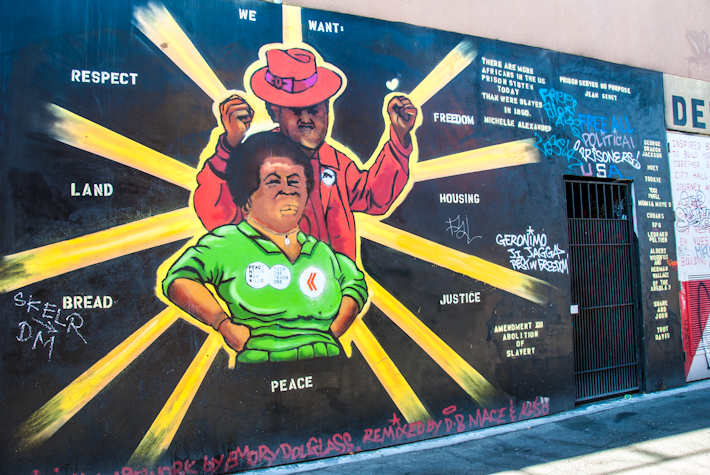 About political prisoners in the USA 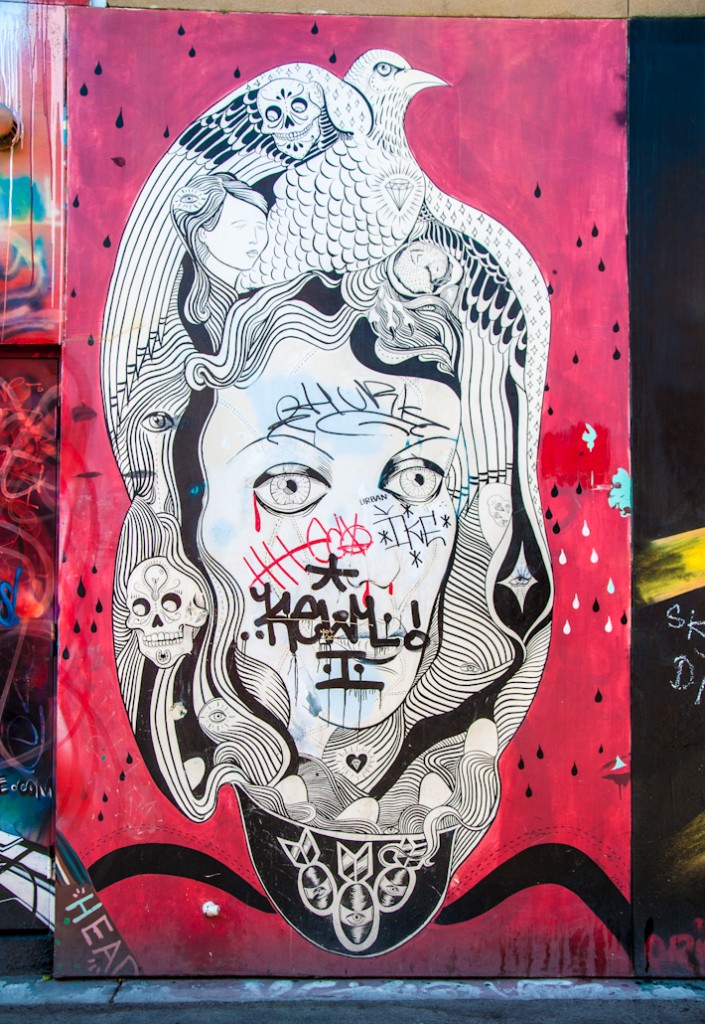 Of skulls and eagles 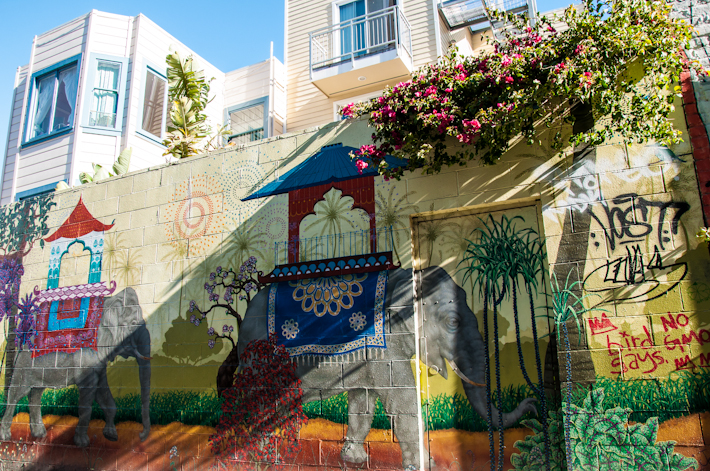 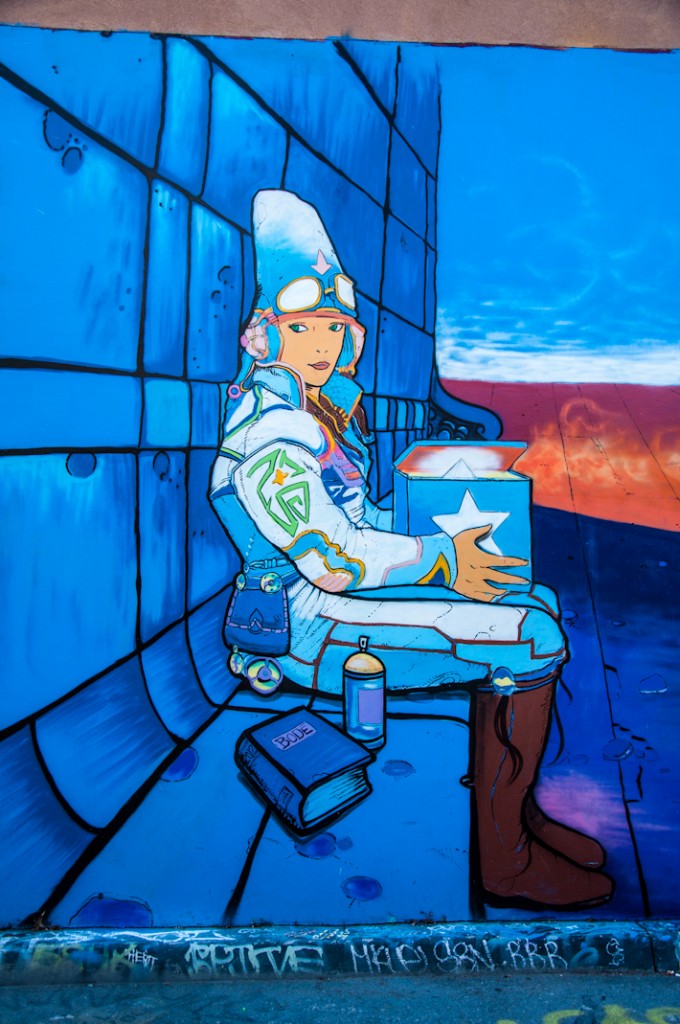 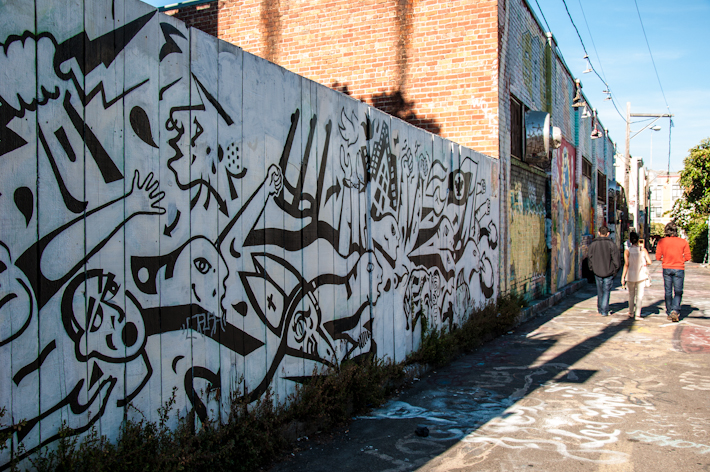 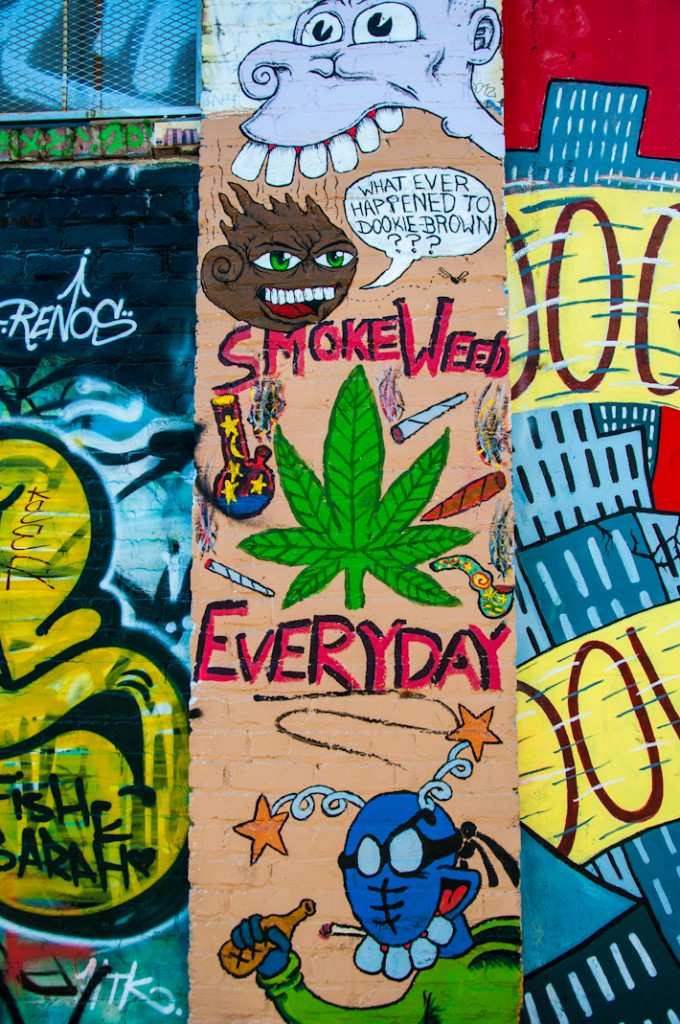 Wherever there's graffiti, there has to be a weed related message 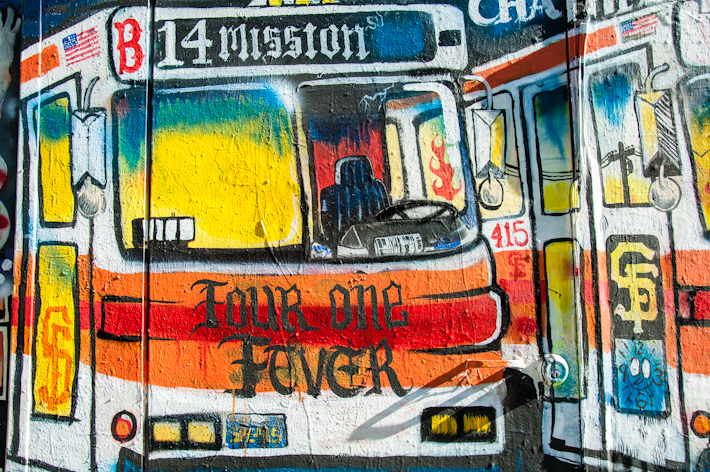 A bus to Mission District 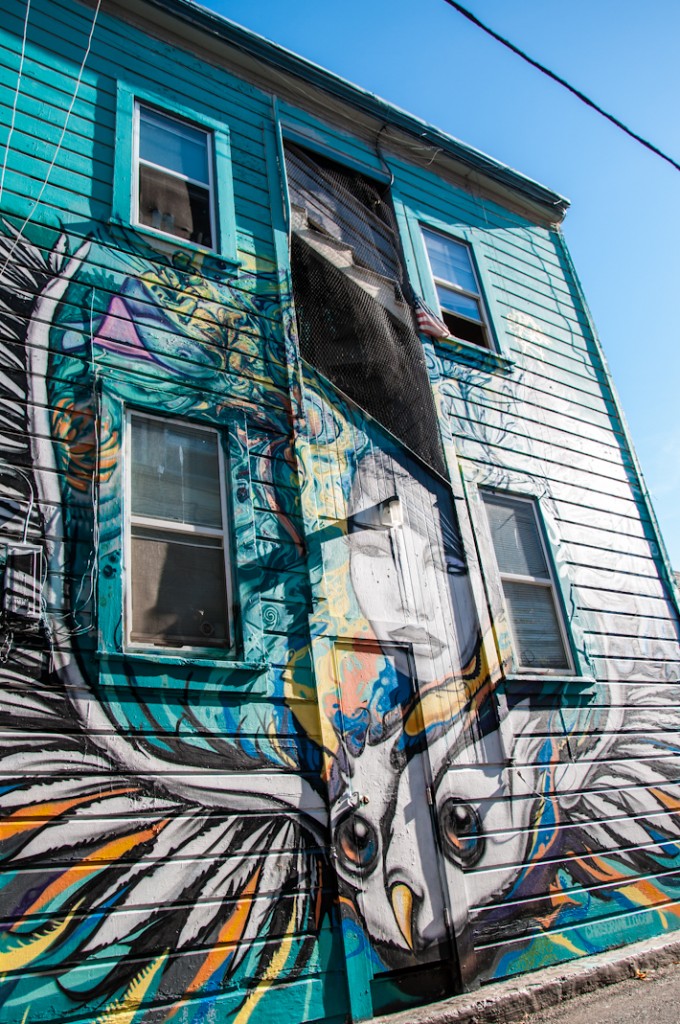 How to make your building unique 101

If you’re ever in San Francisco and want to treat your eyes to a proper feast, don’t leave Mission District out. Add to that a gastronomic feast at one of the omnipresent Latin eateries and you’ve got yourself a cool day to remember. 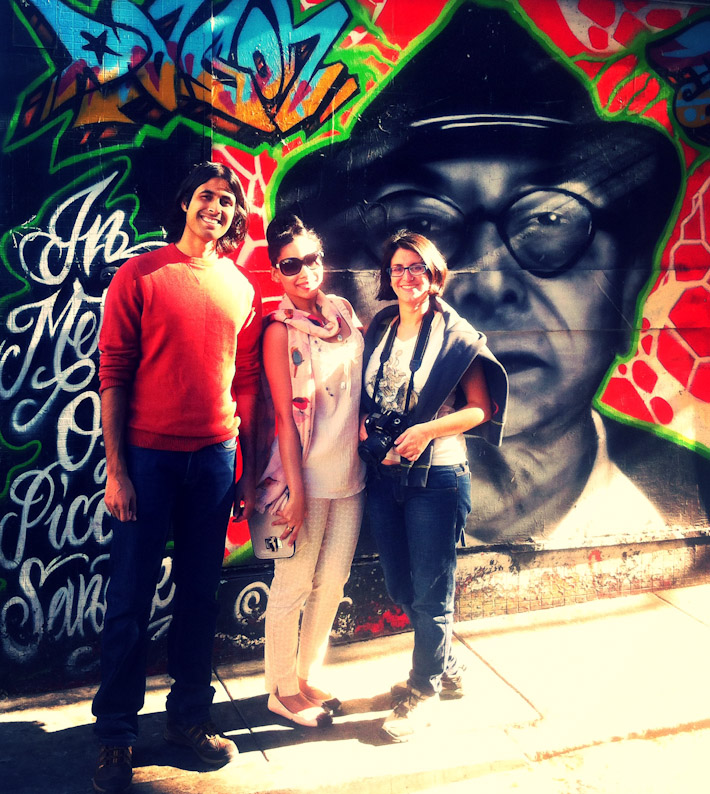 With Rukmini in Clarion Alley

Thanks Rukmini and Pritam for showing us around!