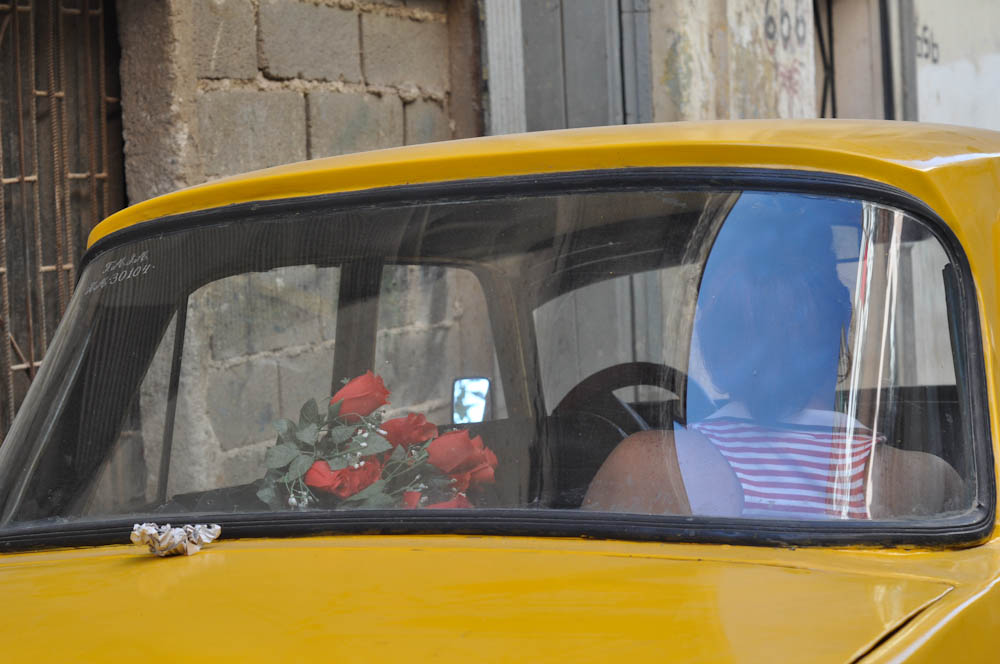 53 years ago, Fidel Castro rose to power, initiating the political system that today organizes the country, based on the principles of communism. This was something that made many happy, but many others frustrated somewhere along the line. 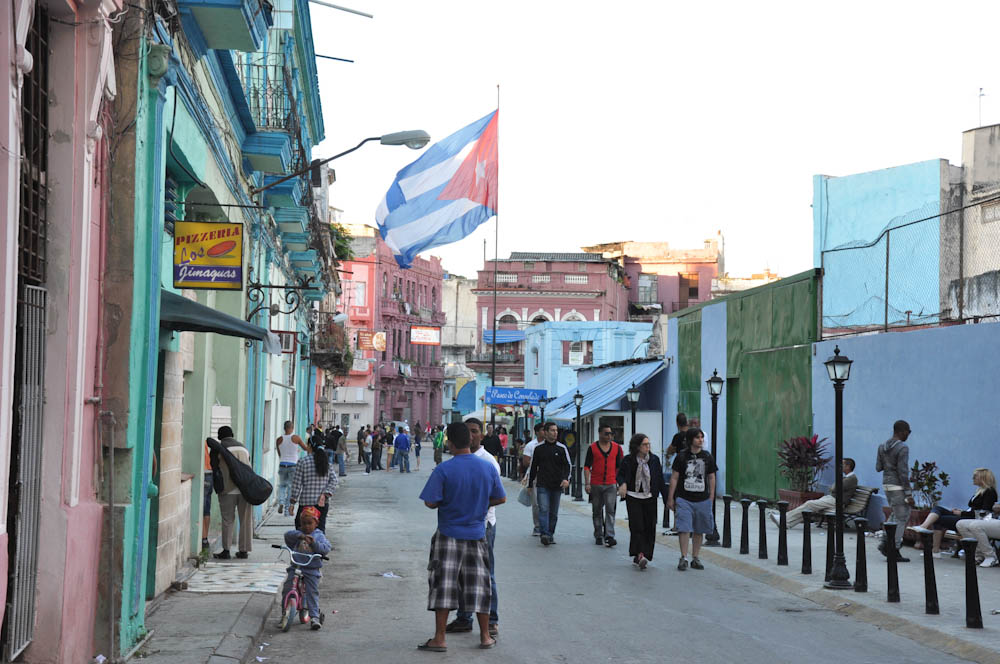 A regular day like any other, in Havana Centro

As a Cuban, you receive a monthly basic ration from the government and you are guaranteed housing. Very importantly, you will always have access to health care (of top quality and for free) and education (basic and higher). There are no Cubans starving or homeless but after little time in Cuba you understand that many Cubans are striving to have more – materially, but not only. Living in Cuba is like living anywhere else in the World…

Probably similar to my grandparents middle-life, I would say. The cars are old, the buildings fall apart (literally – 7 people died when a building crashed during our stay in Havana and apparently this is not that uncommon), the markets offer such a limited selection of goods and you don’t know what the World is like outside your borders.

It’s somehow ironic that in a country with so much touristic influx, locals won’t be able to know what life is really like in other countries. Not only you can’t travel (buying an exist visa out of Cuba is something most mortals won’t be able to afford in their entire lifetimes), but you can’t read much on what’s going on abroad either. Internet is almost non-existent and, with it’s dial-up snail speed, it ends up costing around 8USD/hr in special access points and hotels. Is Havana in Cuba, or Cuba in Havana?

I don’t know how to feel about the communist system in Cuba, to be honest. I find it absolutely great and human that nobody starves but when people will have their basic needs fulfilled no matter if they work hard or not, it’s a recipe for lazy and careless work ethics. Why would you care or make an effort when you know that your colleague, not doing much, will get as much as you do? Maybe the pleasure of doing something well done is not enough inspiration.

The only way Cubans can make a better (or more material) living is by operating in the black market. Can you blame them? They have no other option. On the bright side, everything is in such shortage that there is no wastage. Recycling gets a whole new meaning in Cuba. 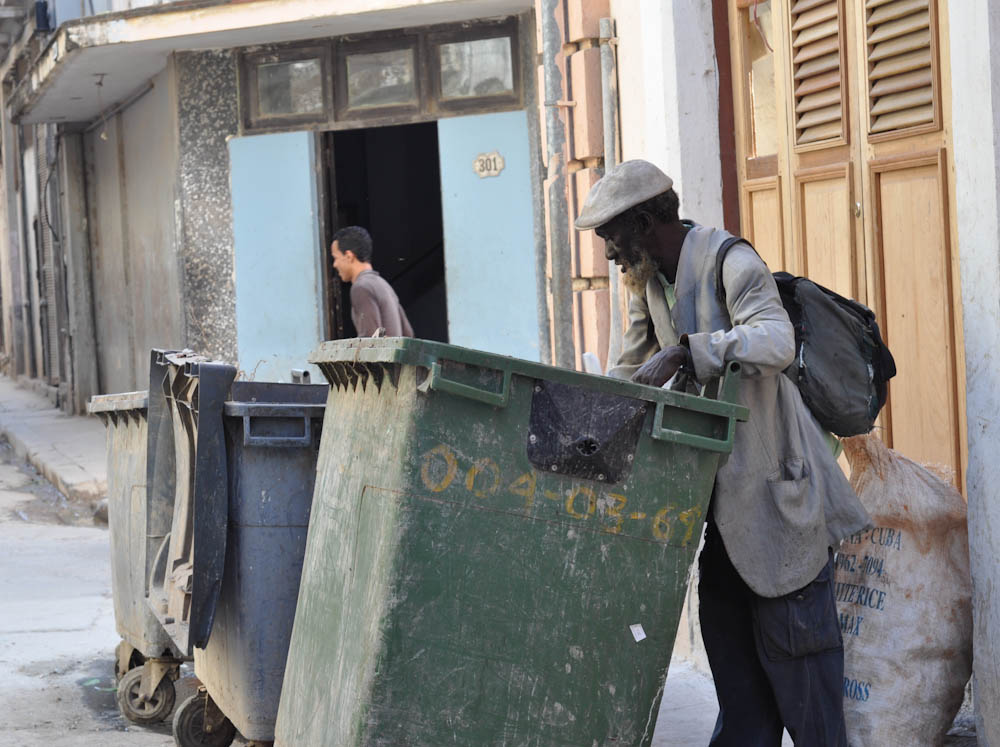 Abuelo, on the look for materials to recycle

I am not against communism as such. What I am against is the fact that people won’t be able to choose the system they want. It was with its people united that, 53 years back, Cuba got Fidel to power and communism was imposed. But half a century later, the truth is that no one is asking the People what they want to do with their country and their lives. If the government was so sure that Cubans are happy with the way their country is being run and would choose to do the same all over again, then they would have no problem opening up the doors of the media. They wouldn’t mind people browsing the internet to broaden their horizons. They wouldn’t care if people would travel, when sometimes they can actually afford it and still they get stuck inside borders.

Respect to Cuba for sticking up their middle finger to the USA. I have nothing against the USA per se, don’t misunderstand me here. I do think that countries suck up way too much to the States and that empowers them beyond proportion. Cuba is a courageous country for giving its back to the USA because they know that, doing so, they are pretty much excluded from having international relations with most countries around the world. 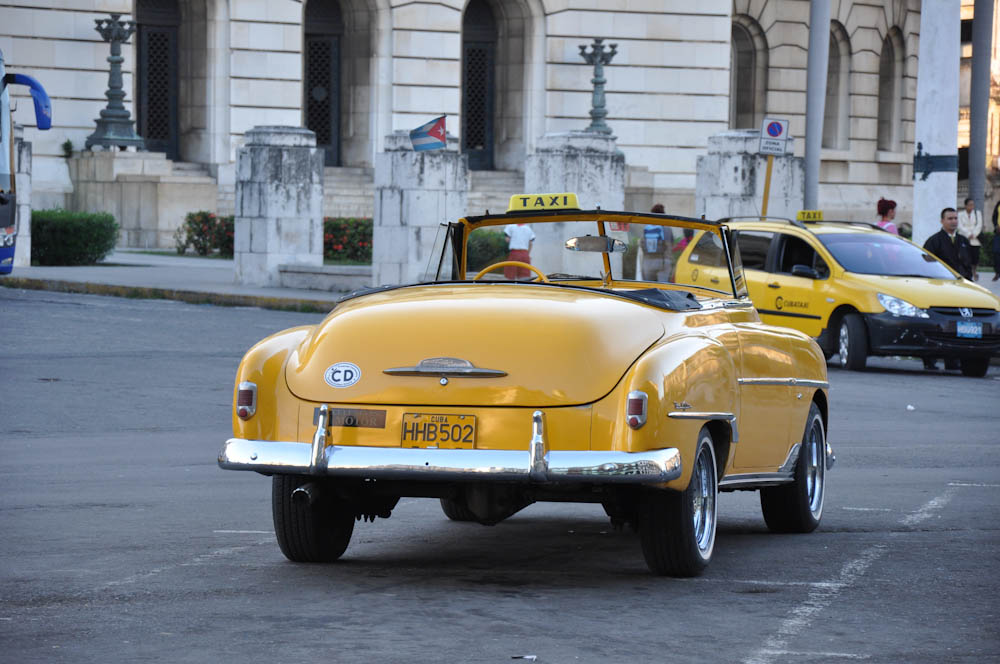 Cuba tries to be self-sufficient and independent but, in my opinion, that makes them closed to the world. Self-sufficiency is, in theory, a good thing (you shouldn’t live above your possibilities – like most 1st World countries are currently doing – or bite off more than you can chew), but it is a utopian idea.

Being self-sufficient, Cuba is short on basics (like some necessary foods – dairy being my prime example for this).

Being independent,
Cuba is closing the eyes of Cubans to the world.

Most of the local people I spoke with were unhappy with the current situation in the country. They were happy that Raul Castro, Fidel Castro’s brother, was a bit more flexible ever since he came to power (due to Fidel’s critical health). But still, many of the people I had a chance to chat with, would leave to the USA (Miami is the “2nd Cuba”) or Spain the next day if they could. Kinds playing in the streets of Havana

Being Cuban, you know you will never grow up
with an empty stomach.

But while growing up, you start realizing that your dreams might also become empty, when the world is limited to your own country and, no matter how hard you try, you can never change the path that has already been set for you.