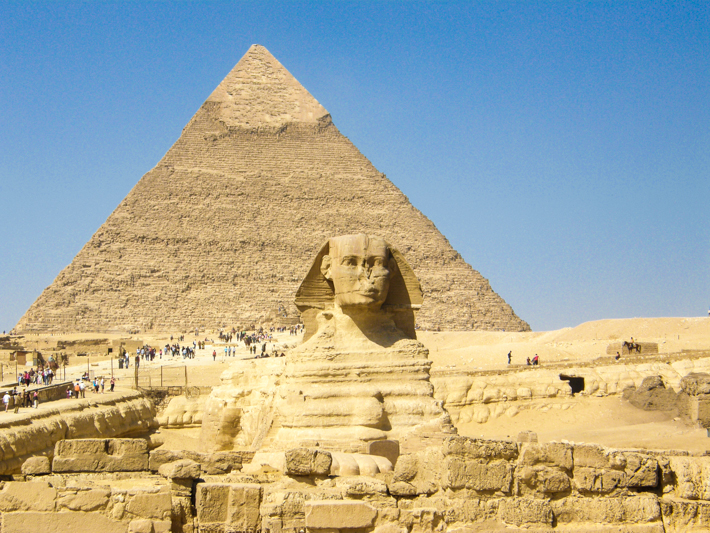 The Sphinx in Cairo, opposite the Great Pyramid of Giza is a really imposing structure! A lion with a human head, it doesn’t get more mythical than this! What’s surprising though is that you can actually walk from the Pyramid of Giza to the Sphinx. You can’t climb the pyramid from the outside but you can actually climb on the inside, all the way to the King’s chamber.

Also, the pyramid itself isn’t really that far outside Cairo. It’s actually about 15 minutes drive from the city center. Imagine living in a city with a pyramid and sphinx as the backdrop. That’s Cairo for you!