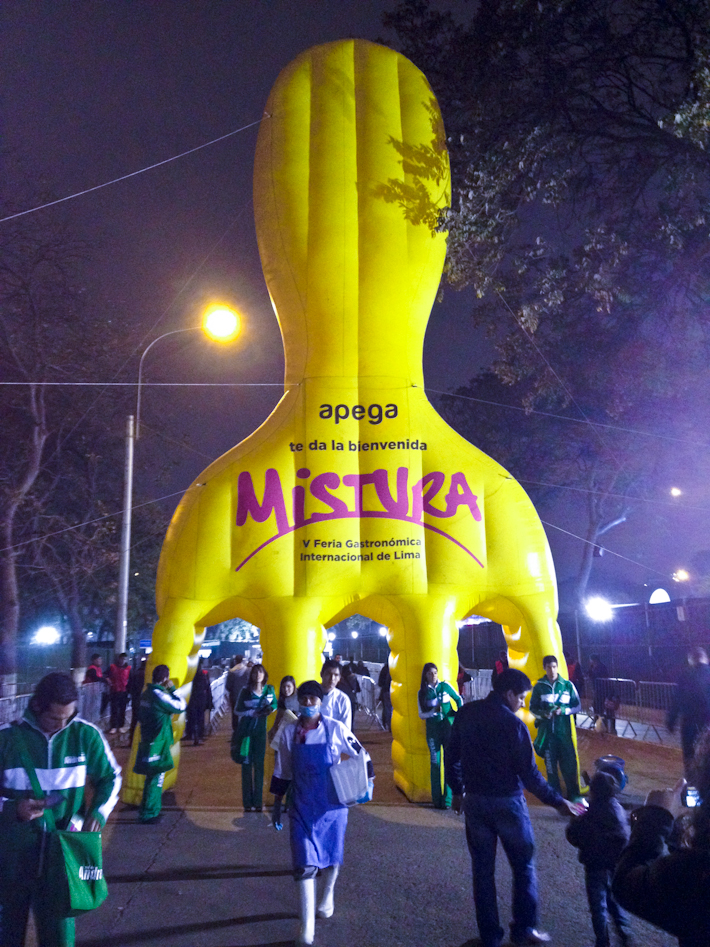 How we ended up at Mistura

The Mistura food festival is a celebration of Peruvian cuisine held every year in Lima, Peru. Last year, we really wanted to head to the festival but our dates in Lima weren’t coinciding with the food festival. We were going to be in Iquitos and Cuzco during the festival.

The day that we were flying from Iquitos to Cuzco, our flight got cancelled. There was some technical problem with the plane and it never arrived. The airline said that they would give us money for a hotel and we could fly out the next day. As our flight from Iquitos to Cuzco was via Lima, we asked them if we could fly to Lima and then take the connecting flight the next day. (there was an afternoon flight to Lima but no further connection to Cuzco on the same day) They agreed since they wouldn’t have to pay us for a hotel in Iquitos.

And so we ended up in Lima on the first day of the Mistura food festival and boy was it worth it! Peruvian cuisine is famous for it’s diversity and unique blend of spices and ingredients. We had a total blast trying Nikai which is an interesting blend of Japanese and Peruvian and a ton of other authentic Peruvian dishes from all the distinct regions of Peru.

If you’re heading to Peru, try and plan your dates in Lima according to Mistura, it’s definitely worth it!

** Click here to read more about our yummy visit to Mistura food festival! **