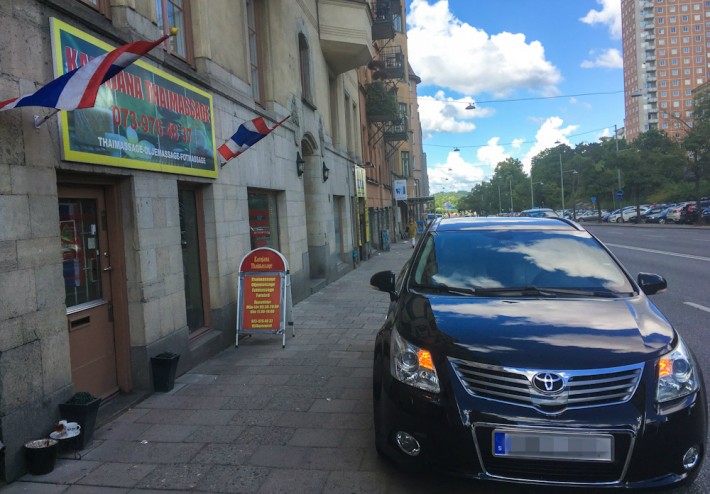 How to get a Happy Ending in Stockholm

Traveling from Helsinki to Stockholm was way more tiring than expected. Even though flights between the capitals of Finland and Sweden take less than one hour, we arrived in Stockholm to (yet another) disaster Airbnb. We haven’t been very lucky with this platform lately, that is for sure. This time, after rolling our bags from the airport to the train, from the train station to the metro, and from the metro to our Airbnb address in Sodermalm, we entered what was supposed to be our home for the next month. But our home only had a bed for one person! With no host in sight we called Airbnb, got a refund and moved to a hotel. No, this was not our happy ending…

After 2 days of sleeping in a ridiculously soft mattress, we started wondering what’s the deal with beds in Sweden. In one place they had a single bed advertised as double. In the next place, the mattress was so flimsy, even the weight of a barbie doll would make it sink. So we arrived at the only logical conclusion possible. A couple that has traveled in Asia so much would naturally think of this:

A quick search on Google Maps indicated that there were actually an unusually high number of spas in the area around our hotel, most specializing in Thai massage. After checking the closest one and seeing that the price for a 1 hour massage would be around $40, we thought… SCORE! This is actually cheap, for Stockholm. And so we dragged our tired but eager bodies a mere 300 meters and reached the spa. It didn’t look too fancy on the outside, but for that price I guess we couldn’t expect something too luxurious. The strange thing was that the door was closed and we had to ring the bell. Without thinking too much about this, we pressed the button and a Thai lady with a generous amount of make-up on her face opened the door with a surprised expression. “Hi! We are here for a massage!“, I said. [PAUSE] “Ohhhh, I’m so sorry“, she said with a strange look on her face. We could tell that she felt pretty awkward. “We are fully booked“, she replied. Oh well, we made our way to the next massage parlor, just down the road.

Upon arrival to spa #2, we realized that the door was also locked and we had to ring the bell. I rang the bell and pressed my nose against the semi transparent glass door, to understand what was going on inside the establishment. Another Thai lady came to the door and, once again, we were given very weird looks. “Hi, you do massages, right?“, I went straight to the point. [PAUSE, once again] “Yes, but we are totally full… sorry!” You could tell that there was nobody around, though.

We walked away thinking that this was all a little strange. How come there are so many massage parlors in Stockholm? How come they are all full? How come they all look at us prospective customers with such weird vibes? Apart from being closed-door businesses, these places had something else in common: they all had big Thai flags by the entrance. Was that some sort of sign? Only Google could help…

Next thing I knew, I was browsing the WikiSexGuide page of Stockholm!

If you want a massage with a happy ending in Stockholm, just look for the massage parlors with a Thai flag by the entrance

We still didn’t get our happy ending. But at least now we know where other folks in Stockholm are getting theirs!