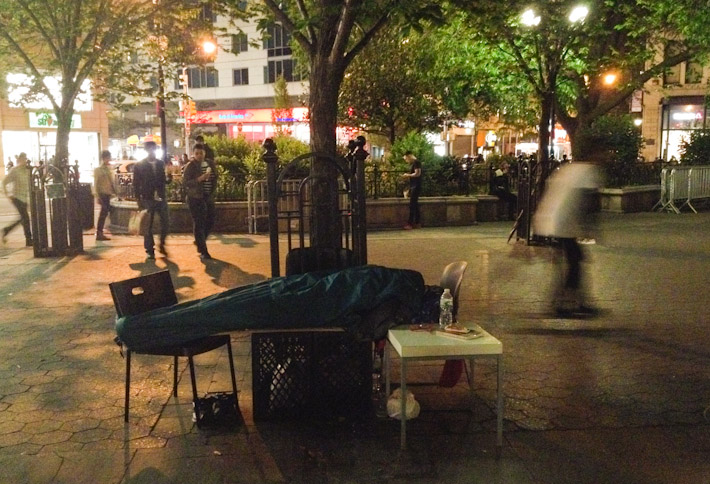 The previous time we visited New York City, it all felt like a dejavu.

This time around, once we were not after checking out the most obvious tourist landmarks, we had time to experience the city in quite a different way. Just hanging out, walking around the neighborhoods, observing people, eating things here and there…

This photo was taken in Union Square on a Friday night. Traveling, I had already realized that the concept of poverty is fairly subjective depending on where you are in the world. As such, homelessness, has different facades too.

This homeless person in NYC set up camp in the middle of Union Square. Oblivious to all the hustle and bustle characteristic of this public space, particularly on holiday evenings. If that would have been enough to catch my attention, I then realized that he had a bedside table… and this is something I had never seen a homeless person with before! On the table, there was a book and a pair of reading glasses. Maybe this person doesn’t have a house. But, in a way, it doesn’t look like he is homeless.